Vivo has today unveiled its latest offerings for the year, the X50 series. Since the inception of X-series, the company has always emphasized on introducing new and improved camera tech. And its latest entrant is no different and features a camera module that promises gimbal-like stabilization for photos and videos. The X50 series includes three smartphones: X50, X50 Pro, and X50 Pro+. Here’s a breakdown of specifications and features for Vivo’s latest offerings. 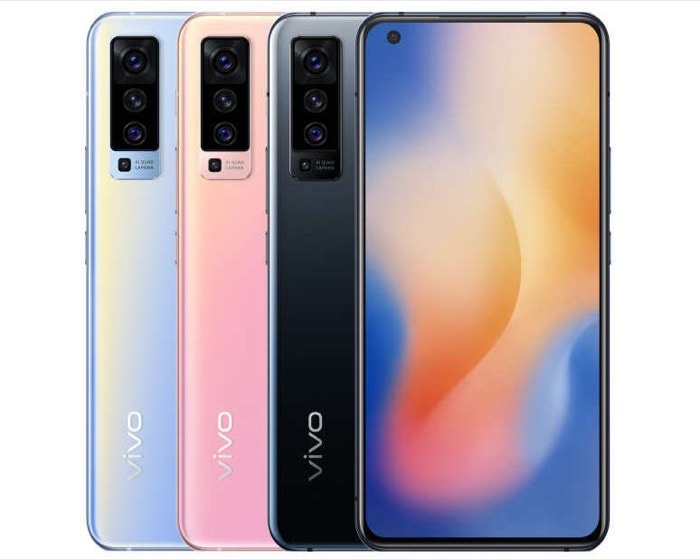 To begin with, amongst the three devices, the X50 Pro+, as its name suggests, it the top-of-the-line model, while the X50 Pro and the vanilla X50 are more of a mid-range offering.

The X50 Pro+ features a 6.56-inch FHD+ AMOLED panel with a hole-punch cutout to house the front-facing camera. As is the case with most flagships this year, the display on the X50 Pro+ gets support for a 120Hz refresh rate along with HDR10+. Talking about performance, the handset is powered by the latest Snapdragon 865 chipset, coupled with 8GB / 12GB of RAM and 128GB / 256GB of internal storage. To power the internals, it includes a 4315mAh battery with 44W wired charging support. 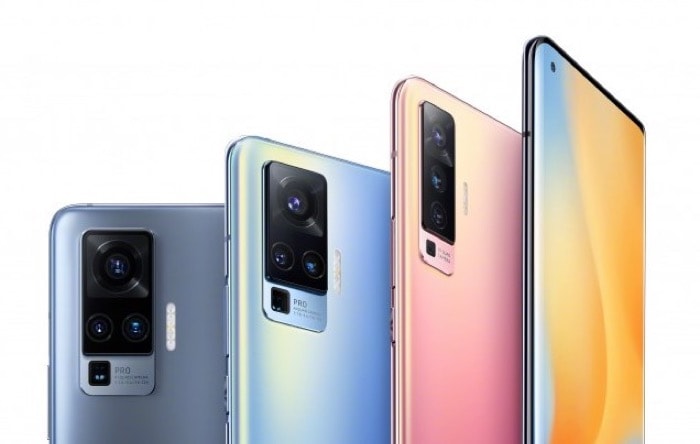 On the other hand, the other two models, the regular X50 and the X50 Pro, also get the same 6.56-inch FHD+ AMOLED panel. It supports HDR10+, but unlike the Pro+ variant, it misses out on the 120Hz refresh rate, and rather, has it restricted to 90Hz. Moreover, there is also a hole-punch cutout on the top for housing the selfie shooter. When it comes to performance, both models run on the Snapdragon 765G chipset and pack in 8GB of RAM and 128GB / 256GB of internal storage. For fueling up the internals, the X50 gets a 4200mAh battery, while the X50 Pro packs in a larger 4315mAh battery, with 33W wired fast charging support.

Moving to optics, the X50 Pro gets a new gimbal camera setup, while the other two models settle with the regular sensors. The gimbal system aids the device by offering better stabilization wrt to images and videos. Essentially, the module helps compensate for the hand movement by balancing out with movement in the opposite direction. Thus, ensuring the images and videos come out sharp and clear. 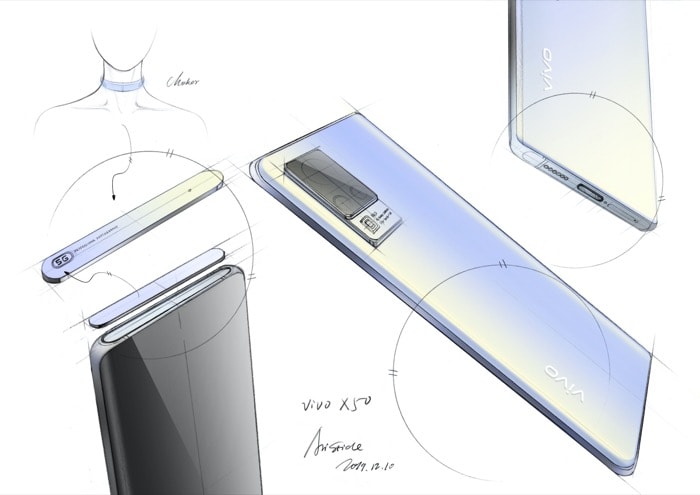 The X50 and X50 Pro come with a quad-camera array, which includes a 48MP primary Sony IMX598 sensor accompanied by a 13MP portrait lens. However, it is the other two sensors that differ in each model. The vanilla X50 gets an 8MP ultra-wide-angle and a 5MP macro lens, whereas, the X50 Pro sports an 8MP periscope and an 8MP ultra-wide-angle lens. Toward the front, the two feature a 32MP Samsung GD1 sensor for selfies. On the other hand, the high-end offering, the X50 Pro+ also gets a quad-camera setup on the rear, except, it includes a 50MP Samsung GN1 primary sensor with a 13MP ultra-wide-angle, an 8MP telephoto, and an 8MP macro lens. Towards the front, it has the same 32MP shooter for selfies.

As for other specifications, all three models come with an in-display fingerprint scanner for authentication, with the Pro models also featuring a Hi-Fi sound chip AK4377 (X50 Pro) and CS43131 (X50 Pro+). For connectivity, the phones offer dual-mode 5G (SA/NSA), 4G LTE, Wi-Fi 6, Bluetooth 5.1, NFC, and a USB Type-C port. On the software front, the X50 series runs on Funtouch OS 10.5 based on Android 10.

Vivo is expected to bring the X50 series in India soon. However, as of now, the company has not revealed a launch date for the same.

Was this article helpful?
YesNo
TechPP is supported by our audience. We may earn affiliate commissions from buying links on this site.
Read Next
[Face Off] Vivo T1 vs Redmi Note 11
#Vivo #Vivo X50 #Vivo X50 Pro