Continuing with its annual trend, Apple kicked-off this year’s World Wide Developer Conference (WWDC) on June 22. The announcement, which took place as an online-only event, saw the unveiling of Apple’s latest operating systems for its entire lineup of devices, with iOS 14 and macOS Big Sur taking the big stage, and the announcement of Apple transitioning to Apple silicon taking people by surprise.

iPadOS, which was originally introduced last year as a dedicated operating system for Apple’s iPads, now gets a series of features and performance improvements — and is called iPadOS 14. Here’s everything, including features, availability, and supported devices, you need to know about the latest operating system for iPads that will power the existing (except for some) and upcoming devices. 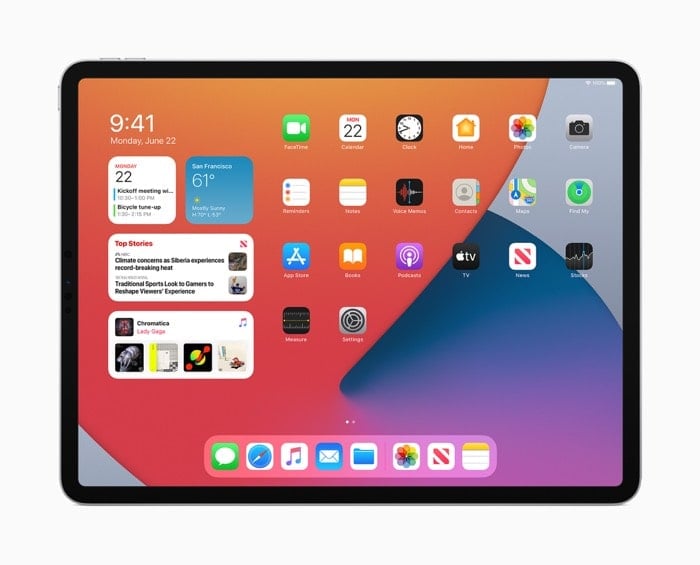 For the past few years, Apple has been centered at pushing the iPad as a primary work machine for most users, and in some instances, it even aims to replace the MacBook. And the same has been pretty evident with its Pro lineup of iPad models that have rolled out in the last few years, and the split-off of iOS into iPadOS, which takes a different approach (than iOS) and sits in between macOS and iOS. With the all-new set of productivity features that Apple introduced with the debut of iPadOS last year, Apple is now building upon the same, and pushing the envelope with new features and performance tweaks on its latest offering.

For instance, with iPadOS 14, you can expect to see certain visual changes like an all-new compact design for incoming calls that appears as a HUD and is less intrusive, Siri integrations that aim to make Siri better than earlier, new sidebars and toolbars to provide quick access to certain controls in one place, and lot more. Similarly, iPad users who own an Apple Pencil, also get an exciting new feature — a new way to interact with their iPad. Let’s dive in to learn more about what’s new on iPadOS 14.

As already mentioned, the latest iteration of iPadOS comes with the all-new compact call notification bar that appears like a HUD on the top part of the display to avoid distractions while working on the iPad. It works with all sorts of calls, from FaceTime to regular calls. You can now accept/decline or get rid of the incoming call notification conveniently, without being disturbed. Siri also gets new visual improvement and it now appears on the bottom of the screen when activated, to get a quick reference for the information present on the screen. 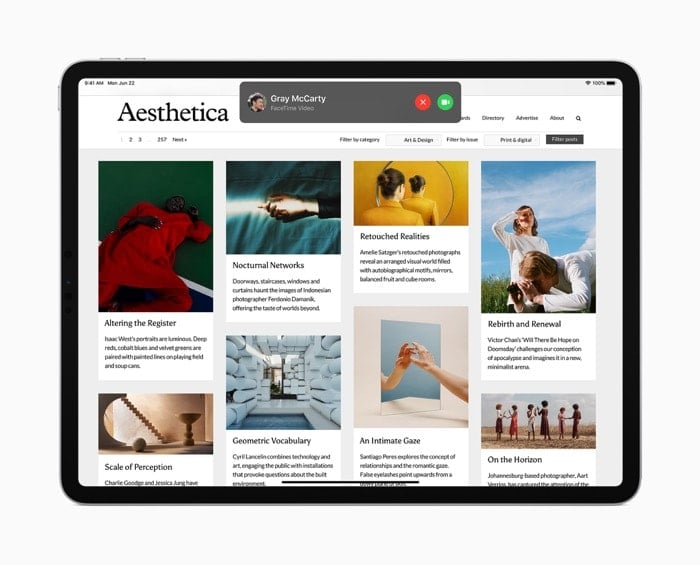 Similar to how macOS offers a linked-search experience and pulls information from different apps and services on the machine, the Search on iPadOS 14 also gets a similar redesign haul. And it now allows users to search for anything, be it files contact information or even files, from anywhere, without requiring the need to exit an app. Taking this further, Apple has also redesigned the sidebar across various apps (Photos, Files, Notes, Calendar, Apple Music) to make it more convenient for users to navigate within an app. Moreover, it is also bringing changes to the toolbar and pull-down menus that provide access to app controls from anywhere in the interface. 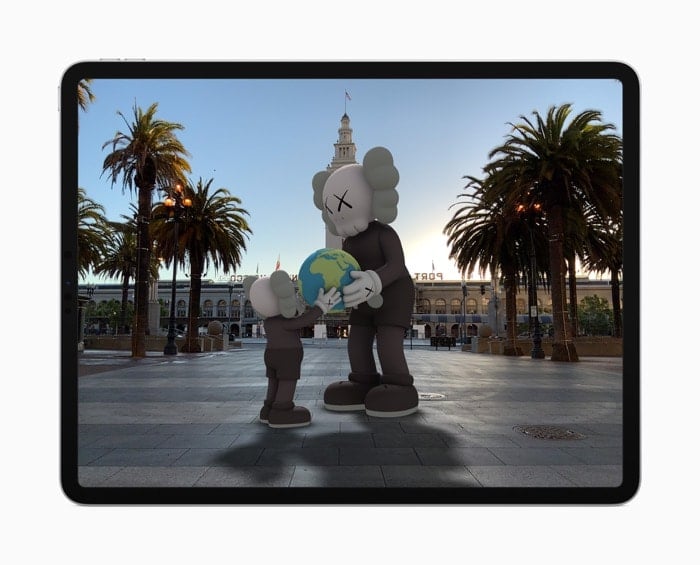 Much like some of the other features and enhancements across different operating systems, Apple has been pushing the boundaries of Augmented Reality every year, be it in the field of education or even fun and entertainment. And this time around, it has improvements in the form of ARKit 4 that comes with the new Depth API to leverage the power LiDAR scanner on the latest iPad Pro model. With better depth perception, developers can now offer more reliable results/readings with measurement apps, try-on apps, and the likes.

One of the exciting features for iPad users — ones who also have an Apple Pencil, is the introduction of Scribble. Scribble, in a nutshell, allows you to write in any text field in the handwritten text — which later converts to printed text. To achieve this, Apple leverages Smart Selection, a feature that allows it to distinguish handwriting from drawings, thus making it easier to detect, cut, and paste handwritten text as printed text in a text field. Similarly, it also employs shape recognition to allow users to draw geometrically-fit shapes to create better diagrams and illustrations. Apple says all the handwriting conversions take place on the device itself, to keep the user data private and secure.

In addition, the data detectors now work with handwritten text as well, and can, therefore, recognize dates, phone numbers, and addresses, to give users the option to tap on the number, date, or address to make a call, create an event, or show a location, respectively. 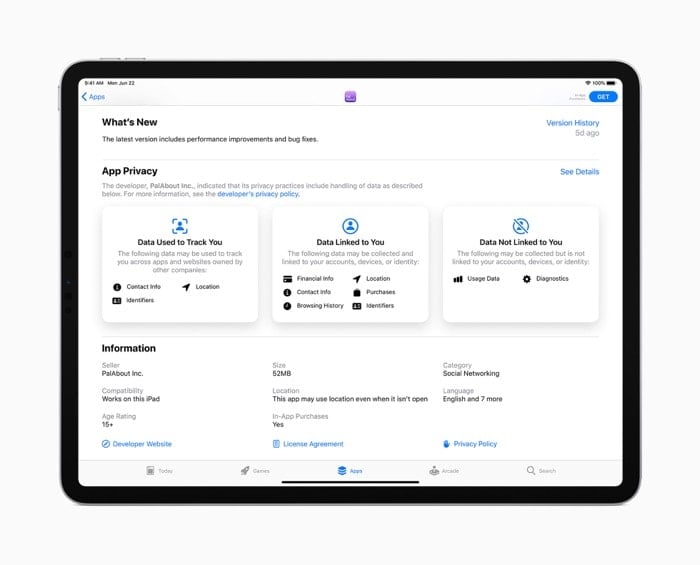 With iPadOS 14, Apple is giving more control to the end-user, and asking all apps to obtain user permission before tracking them. To add to that, it is also planning to display a summary of privacy practices to all users in a simple and comprehensible format. For this, the tech giant is asking the developers to self-report their privacy practices. Similarly, with a focus on user privacy, Apple is giving users an option to share their approximate location, instead of precise location, with the developers. Thus, putting control over certain elements of privacy back in the hands of the end-user.

i. Addition of all-new widgets to offer different information at a glance, with users also getting the option to select a Smart Stack of widgets that relies on on-device intelligence to float the right widget based on different aspects like location, activity, or time.

ii. Ability to pin conversations in Messages, similar to what you get on the latest macOS (Big Sur), along with other features like inline replies, quick mentions, and the ability to set group image using an image or emoji.

iii. Siri gets improvements with search results, and it also gets the ability to send audio messages and get dictations across emails, messages, notes, and the likes.

iv. Maps on iPadOS 14 also get a few new updates and features like cycling directions and curated Guides. With Guides, Apple aims to offer a curated list of all the interesting places to visit in a city using information from trusted sources. So users can now visit a city and use Apple Maps to find things like restaurants, popular attractions, and explore a locality better.

v. Addition of a new Accessibility feature called Headphone Accommodations, which according to Apple, amplifies the soft sounds and tunes to make them sound clearer while listening/watching podcasts, music, movies, and even during phone calls.

iPadOS 14 will release to the public this fall. The developer preview is already available to Apple Developer Program members, and a public beta will be available next month.

Was this article helpful?
YesNo
TechPP is supported by our audience. We may earn affiliate commissions from buying links on this site.
Read Next
Alert! You’re Hiding Sensitive Information From Your Images on iPhone W...
#apple #iPadOS #iPadOS 14 #WWDC 2020