Just as we had been hearing for the longest time, Apple has announced that it is transitioning from Intel to using its own ARM-based silicon for future Macs. This move can be seen as a way to make sure Apple does not have to depend on third-party chip manufacturers and just like iPhones and iPads, have full control on both the hardware as well as software for upcoming Macs in the future. 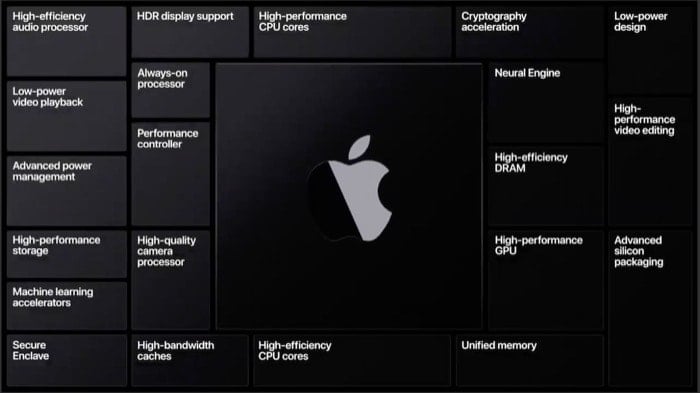 The biggest advantage of this move as per Apple is that along with great performance, they have even managed to extract excellent battery life using their own silicon. Not just that, but given Apple’s emphasis on privacy and the fact that they’ve been using multiple blocks on their CPUs specific to certain attributes like security, Machine Learning, etc. makes the move all the more justified. Apple is using a high-performance GPU, a neural engine, and a secure enclave as some of the additional parts of the SoC.

The core idea here is to build a family of SoCs for the Mac ecosystem and follow a similar architecture across their complete line-up of products, mainly the iPhone and the iPad. This would basically help them achieve uniformity in terms of making and supporting apps across all the Apple devices. You’ll essentially be able to use an iOS app on your Mac and vice-versa.

To make the switch from Intel chips to Apple’s own ARM-based silicon, all native Apple apps have already been ported on macOS Big Sur. What this means is even heavier apps like Final Cut Pro X and Logic Pro X, right from macOS Big Sur, will support both Intel-based Macs and Apple’s custom silicon-based Macs. Using Xcode and Universal 2, app developers can make their existing apps run on the newer platform with ease. 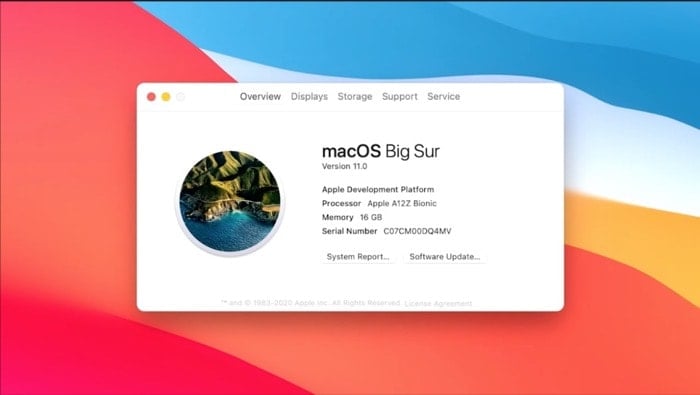 Apple has also been working closely with renowned app developers like Microsoft and Adobe to get their apps and services onboard the new ARM-based Macs. Microsoft Office already has a working build and so does Adobe’s Creative Cloud suite of apps like Lightroom and Photoshop. The test system used to demonstrate the transition from Intel was built on Apple’s A12Z chip which is the same as the one found on the latest iPad Pro.

The move is similar to what Apple underwent while moving from PowerPC to Intel and what made the switch easier back then was Rosetta which also makes a comeback now. Rosetta 2 will translate apps made to work on Intel-based Macs and will run them on Apple’s silicon seamlessly until the developer officially translates the app, and this works even on demanding applications like games. Apple will also include virtualization which will help developers run virtual machines of Linux or any other OS on the ARM-based Mac as well. 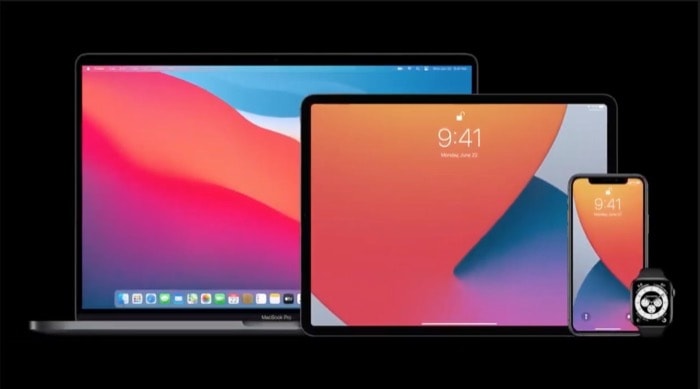 Macs running on Apple’s custom silicon will start shipping to developers who register for the Quick Start Program starting next week, and it will be made available to consumers by the end of 2020. Apple says the timeframe to completely transition to their custom silicon will be about two years. However, Apple also stressed on the fact that Intel-based Macs will also be supported for years to come.

Moving to ARM-based custom SoCs means Apple can now optimize the hardware to run seamlessly with its own software and thus create an even better experience. The end goal seems to be uniformity wherein all mobile devices form Apple work in tandem providing an even better ecosystem. iPads replacing laptops? Happening soon, people!

Was this article helpful?
YesNo
TechPP is supported by our audience. We may earn affiliate commissions from buying links on this site.
Read Next
Alert! You’re Hiding Sensitive Information From Your Images on iPhone W...
#apple #Apple Silicon #ARM #Intel #macOS #WWDC 2020