With tensions on the India-Chinese border, there has been a lobby that has been calling out for the boycott of Chinese devices (phones in particular). There have also been increasing calls for “encouraging” Indian brands to come up with alternatives to products from “foreign” manufacturers. We are not going to get into the rights and wrongs of this, but well, the fact is that Indian brands and alternatives did exist. As smartphones are the ones being discussed most, let us take a look at them. As recently as about half a decade ago, Indian brands dominated the Indian smartphone market! 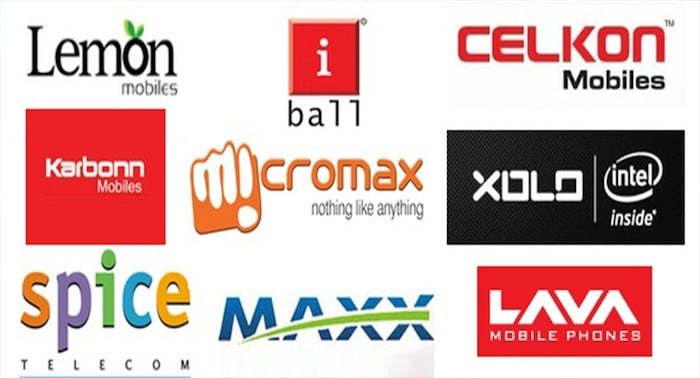 Sounds hard to believe? Well, five years ago, in 2015, the top five smartphone brands in the Indian market were: Samsung, Micromax, Intex, Lenovo (Motorola), and Lava, as per Counterpoint Research. And that is not all, there were others – Karbonn, Spice, Lyf, iBall, and Celkon, to name a few. Even brands that were known for other electronic products like Onida, BPL, and Videocon had phone divisions.

And it was not as if they did not have to deal with Chinese competition.
Most of them have faded away today. So much so that some have been forgotten altogether.

So what went wrong? Let’s take a look.

Why Indian smartphone brands lost ground: the theories (including conspiracy ones)

These are the major theories given for the demise of Indian brands:

The truth as always is a bit of them all and a few other factors.

The “Chinese brands drove out Indian smartphone brands by flooding the market with low-cost phones” theory is a little weak, for it is not as if Indian brands did not have Chinese competition in 2015. In 2015, Xiaomi was already more than a year old in India, Lenovo and Motorola were a formidable combination and the likes of Vivo, Oppo, OnePlus and Gionee (remember it?) were very much around, and there were new brands coming in all the time (Meizu, LeEco, Coolpad, Zopo). 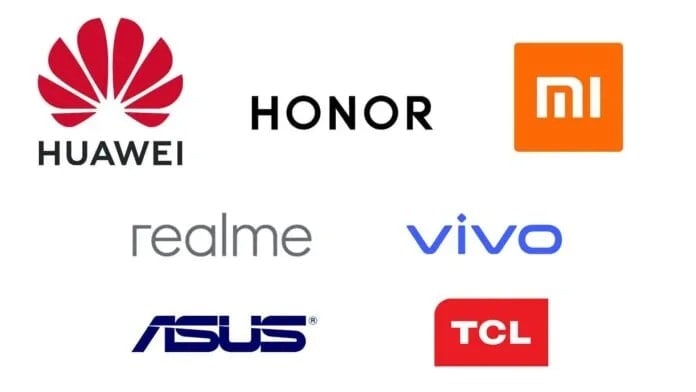 The Indian brand brigade was coping with them, with a degree of comfort. And while some Chinese brands did indeed come with huge marketing budgets, Indian brands were not exactly shy of high profile ad campaigns – Micromax had Hugh Jackman as a brand ambassador for a while and was known for sponsoring cricket tournaments, Intex owned an IPL team and Karbonn was even the sponsor of the Champions League T20 and the Karnataka Premier League. It is also unlikely that the Chinese brands had a co-ordinated and united front as some of the casualties were Chinese brands themselves – Coolpad, Zopo, Meizu, Gionee, and LeEco took major hits from the growth of their compatriots as did Honor at one stage.

Was the “import and rebrand Chinese phones” approach an issue? Many of our sources inside the industry say that while it might have played a part, it was unlikely to be a substantial one, as players like Coolpad are said to have continued supplying Indian brands. They also pointed out that Indian brands had a very strong grip on the below Rs 12,000 market, and one that even Xiaomi could not shake until it came out with the Redmi Note 3 in 2016. In fact, until about 2017-18, most of the Chinese brands that did well in India were focusing at price points above the Rs 12,000 level – a zone where Indian brands had never done well. 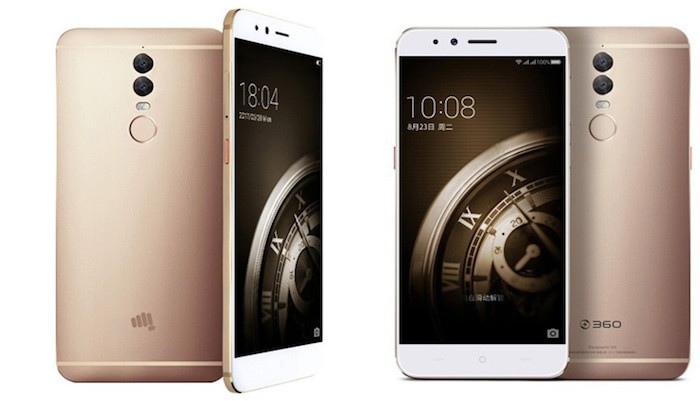 As for quality issues, well, the fact is even when Motorola and Xiaomi had changed expectations at the budget level, Indian brands still continued to outsell them. In fact, NVIDIA had tied up with Lava/Xolo for its Tegra gaming tablet and Intel had collaborated with Xolo for the first phone with an Intel mobile processor. Even Google tied up initially with Indian brands for its Android One initiative. We are not saying that Indian brands did not have quality issues, but the consumers certainly did not seem too affected by them.

One factor that a number of sources we contacted cited as a big factor in the decline of Indian smartphone brands was the arrival of Reliance Jio and its super affordable 4G plans in 2016. While 4G had been around for a while, it was an expensive service, and the vast majority of Indian brands, while having 4G offerings, focused mainly on the 3G ones. Jio’s extremely affordable rates turned this situation on its head and suddenly everyone had a 4G SIM and wanted 4G phones. 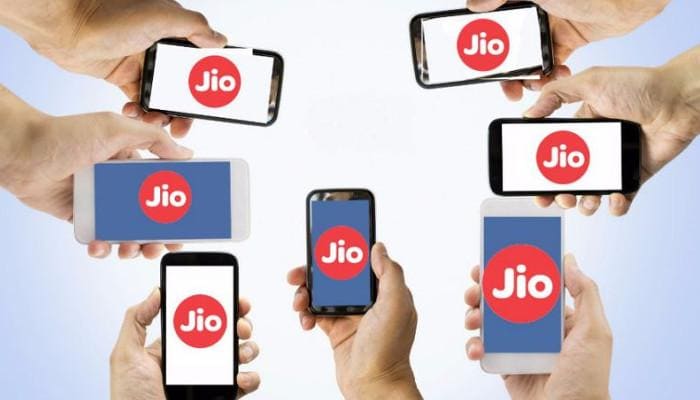 As per many accounts, Indian brands were ill-prepared for this 4G surge and had to cope with massive 3G phone inventories. So much so that there was a phase when Indian smartphone brands seemed to almost go missing – Micromax, which was challenging Samsung for the number one spot by the end of 2015, was so largely absent for most of 2016 that we actually were wondering “Whatever happened to Micromax“. The Chinese by all accounts moved much faster. Our sources say that 3G inventory issues also spoiled many brand-dealer relationships, opening the door for the Chinese, some of whom offered extremely high commissions. To top it off, this was also the period when a lot of design changes – from the use of glass to tall displays to multiple cameras – came to the budget phone section.

And by the time the Indian brands responded (and to their credit, they did), a lot of ground had been lost, both on the customer and the retail front. Indian brands had not only been out of the consumer limelight but also had been weakened considerably by inventory issues. There is also a feeling that many Indian brands did not really try to adjust to the changed market and instead stuck with their old methods. “Our cameras and displays had never been our strong points, and we failed to realize that MediaTek processors were now being seen as inferior,” a former executive of an Indian phone brand told us. “We should have come back with better products, but resources were very tight.”

But perhaps what really hurt the Indian brands was something was more a state of the mind than of the market – perception. This is why there are so many who blame the Indian tech media for the decline of Indian smartphone brands. “We never got the respect we deserved,” a former executive in an Indian phone brand told us. “It was as if we were an alternative only because international brands were more expensive. And when we tried to make better phones, most people wrote that no one would trust an Indian brand over an international one.” It is a phenomenon that we had noted way back in 2014:

For some reason, Micromax, for all its achievements (and they are considerable) just does not seem to count in the eyes of many ‘informed’ users. Many even consider it sacrilege to mention a Micromax phone in the same breath as a similarly priced one from Samsung, Sony or even a relative newcomer like Xiaomi

It was perhaps because of this that the speed at which Indian brands fell away was nothing short of staggering – by early 2018, most Indian brands were well and truly out of contention. Counterpoint’s statistics for Q1 2018 had no Indian brand in the top five. Today, Micromax, Karbonn, and Lava are the only three notable Indian brands that survive, and their combined market share is a fraction of what they commanded half a decade ago.

Is there a road back?

Ironically, some of those very informed users who spoke derisively of Indian brands five years ago are now asking Indian brands to make a comeback and beat back a very well-entrenched Chinese opposition. We are not saying it is impossible. Nothing is. And honestly, we would love more options from more places for the Indian consumer. That would be so empowering.

Of course, all this is easier said than done. An Indian brand looking to unsettle the current players (and many forget that it would not be just up against Chinese, but also brands from other countries) would need to come to the battle with deep pockets and lots of patience. Teams would need to be hired, factories put in place, and deals negotiated with a variety of hardware and software suppliers, and the right communications strategy would need to be worked out. It will not happen overnight but it could be done. There is no shortage of veterans in the field.

The road back for Indian brands will not be easy. And it will take more than just a few product announcements (timed to coincide with the perceived nationalistic sentiment) to get market share. But Indian brands could make a comeback.

After all, they have been here before. And not too long ago at that.

Was this article helpful?
YesNo
TechPP is supported by our audience. We may earn affiliate commissions from buying links on this site.
Read Next
NothingOS Made Me Realise How Much Overrated Pixel UI Is
#analysis #india #Opinion #smartphones