After launching the Galaxy M01 and M01s, under the Rs 10,000 price bracket, Samsung is back again with another affordable, entry-level smartphone. Called the Galaxy M01 Core, the smartphone is the company’s third-offering under the 10,000 price segment in the past 2 months and is designed specifically to cater to the growing needs of Indian users who are yet to onboard the smartphone bandwagon by bringing down the price barrier to entry.

In terms of design, the Galaxy M01 Core comes in at 8.6mm of thickness and has a plastic back. The back has a stripe design and is available in three colorways: Black, Blue, and Red. Towards the front, there is a 5.3-inch HD+ TFT display, with the old border design approach found on the older-generation smartphones.

At its core, the Samsung Galaxy M01 Core runs on the MediaTek MT6739, which is a quad-core processor with up to 1.5GHz of clock speed, and the Mali G71 MP2 GPU, for graphics processing. Assisting the processor is 1GB / 2GB of RAM and 16GB / 32GB of onboard storage. To power the internals, the device includes a 3000mAh battery, which, according to the company, offers up to 11 hours of usage. 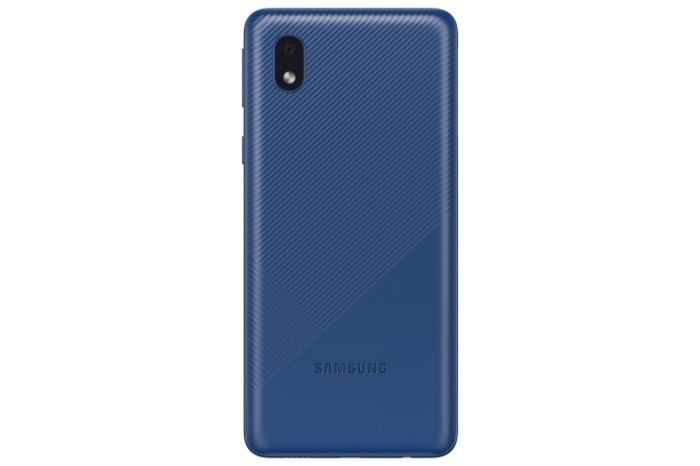 On the software front, the M01 Core runs on the Android Go platform, which is a lightweight Android offering for low-performance smartphones that focusses on offering a faster and smoother experience even on low resources. Moreover, it incorporates the Make for India UX that offers a range of features to aid users in transitioning from feature phone to smartphone. Some of these features include Intelligent Inputs – Smart Paste and Suggest Notification, Intelligent Photos, and many more.

For optics, the Galaxy M01 Core sports a single 8MP camera on the rear and a 5MP shooter on the front.

Was this article helpful?
YesNo
TechPP is supported by our audience. We may earn affiliate commissions from buying links on this site.
Read Next
Samsung Galaxy Unpacked 2023: Galaxy S23 Ultra with 200MP, Galaxy Book 3 with...
#samsung #samsung galaxy m01 core