It is raining affordable truly wireless earphones (TWS), and now Oppo has come to the party with the Enco W11. They had dipped their toes in affordable TWS waters with the Enco W31, which was priced around Rs 4,000, but with the W11, the Chinese brand has dived right into them. 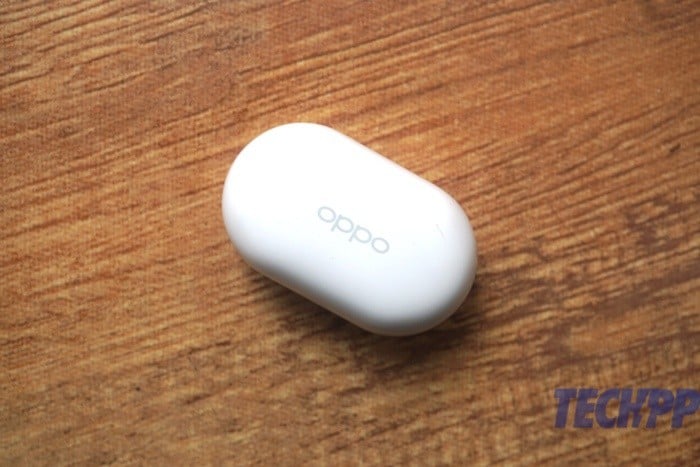 At Rs 2,499 (yes, we are telling you the price right off), the Enco W11 gets into the zone of the likes of the Redmi Earbuds S (Rs 1799) and the Realme Buds Q (Rs 1999), although with a slightly higher price tag. The big challenge for it, therefore is to show what extra it brings to the table that two mainstream favorites do not already offer?

The answer is simple: a touch of class. No, we are not going to say the Earbuds S or the Buds Q are bad, but they are unabashedly and proudly budget warriors – you can see where the corners have been cut. The W11 are a slightly different kettle of fish. Yes, they follow the general design format of tiny buds that fit right into your ears and come in that slightly oval pebble-shaped charging case with rounded edges. But beyond that, ah, matters change. Oppo is making some audio waves. And is doing so in a rather understated manner, just as it did in the wireless segment with the Enco M31.

The finish of the M11 is a notch above what we have seen in this segment. The case is white and glossy and has a tiny LED on it, and definitely does not give off the “budget segment” feels. The same goes for the buds – also white and with a matte finished central area surrounded by a glossy finish. They come with three ear tip sizes (they are in-ear earbuds rather than on-ear ones as we saw on the Enco W31 and the Enco Free) and fit very snugly in the ears, once you get the right fit. 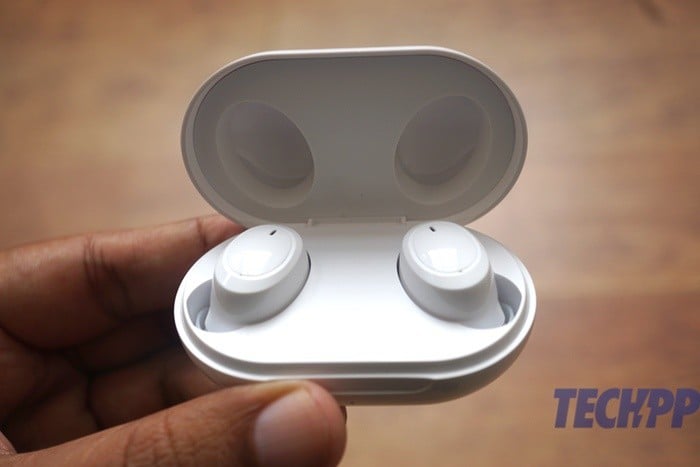 There is also a tiny LCD in front of the box, to show charging and battery status – just a single light though. There is a charging port on the box and here again, you see the difference – it is a USB Type C, unlike the micro USB ports found in some of the devices in this zone. And they come with an IP55 rating – good enough to wear in the gym and the occasional burst of rain. Mind you the white shade does mean they run the risk of getting dirty rather frequently – small wonder we see “cases” for TWS these days as well.

Bass emphasis but not bass heavy 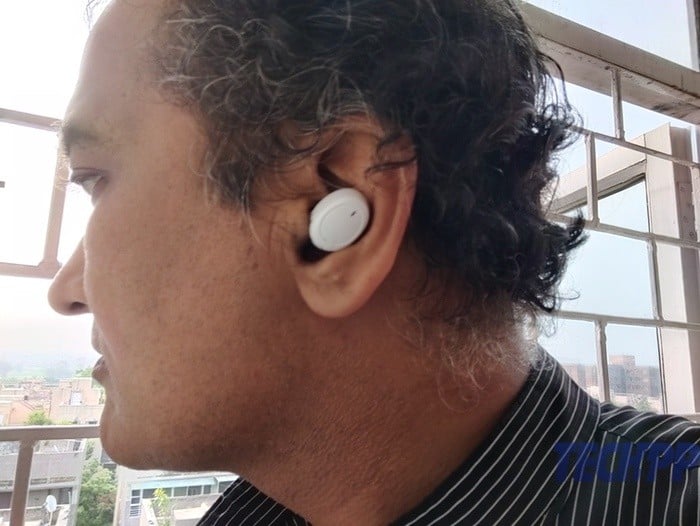 And they sound very good for the price tag. Yes, they do come with more stress on the bass (those thumping, rumbling sounds) but Oppo seems to have managed the sound a lot better than Realme and Redmi, who kind of let the bass overwhelm others. We would not call the Enco W11 balanced by any means – the stress on bass is too obvious, but the clarity levels are impressive. We think those who watch films and are more into casual music listening will like them more, rather than the bassheads, who want a lot of vibrations in their skulls. It is rather unusual in this price point, where bass tends to rule the roost, but we think it is a more balanced option. 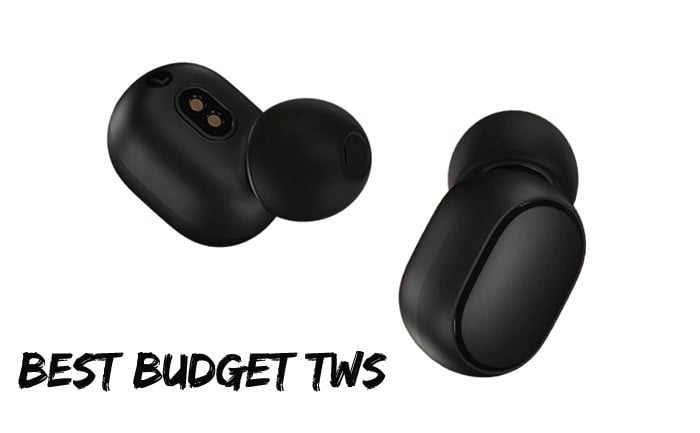 In terms of overall quality too, the 8 mm drivers on the Enco W11 deliver greater clarity than we have on others in its price range. Call quality is decent, although as in most budget TWS, we often felt that using the phone itself was a better option for calls. We would not recommend them for high-end gaming, as the latency (the voice seems to come a little after the action on screen) becomes obvious, but overall, we think these are about the best we have heard in TWS below Rs 2500 in terms of clarity (it also supports AAC). Those with strong Bass-ic instincts might disagree.

Ease of use? Yep! 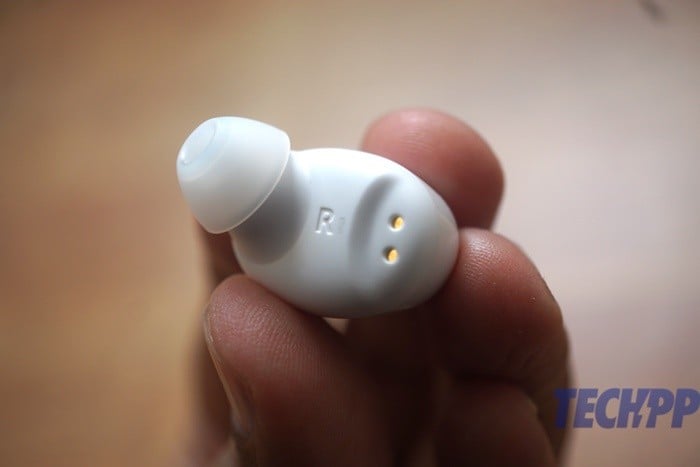 They look better, fit better, sound better and well, the Enco W11 are also remarkably easier to use than most of the competition. There are no buttons on the case. You just flick open the case to get into pairing mode – the earbuds automatically connect to the last device they were paired with. The buds themselves have touch panels on them, so you do not have to push on them to execute commands. A tap on them is good enough to pause or resume playing music, the whole double-tapping on either let you take or reject calls. Standard? Well, here come the nice touches – a long press (just keep your finger on it) on the right bud increases volume, a long press on the left decreases volume, and a double-tap on the right goes to the next track while a similar tap on the left goes to the previous one. Want the voice assistant? Triple tap. We have to admit that it is one of the better UIs we have in this price segment and it actually is not too difficult to remember. Best of all, it works very well. 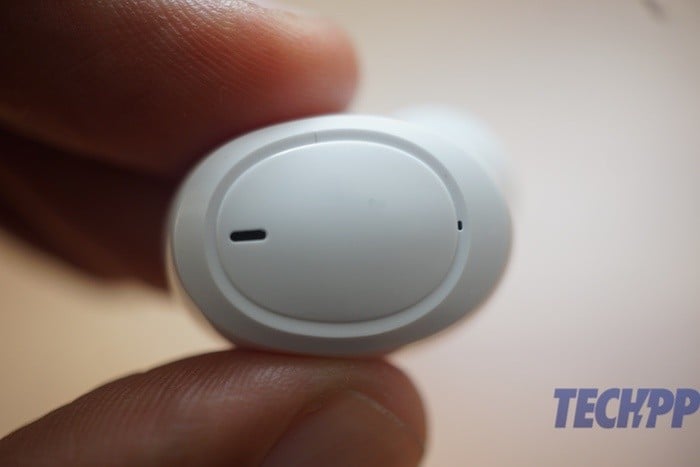 Battery life is supposed to be around 5 hours and we got between four and five consistently, at around 75 percent volume (which is generally good enough – they are loud but not crazily so). The case takes battery life to twenty hours. There is also a bit of fast charging – 15 minutes charge will give you an hour of music. Good numbers, those. Finally, the Bluetooth connection is pretty consistent – we would not recommend putting too many walls between you and your buds, but in general, we did not find calls dropping or music stopping if we wandered away – something that can a problem in budget TWS.

One of the better ones in the budget segment 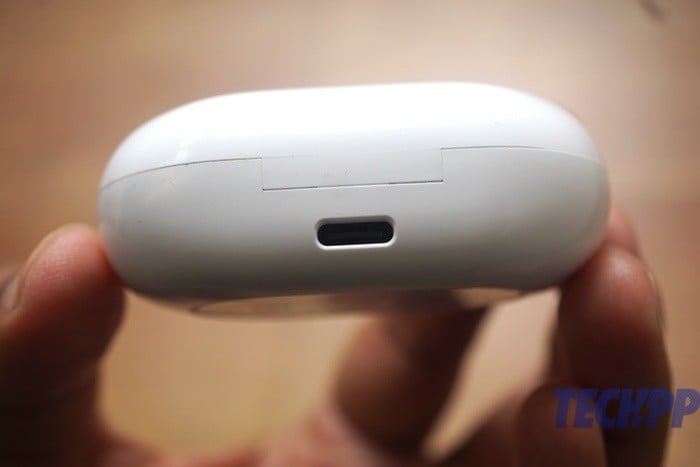 All of which make the Oppo Enco W11 a very good option for anyone looking for their first TWS earphones in a limited budget. Yes, it is priced a little higher than some of the others. But, it does bring a little more to the table. And seems to cut fewer corners in terms of design, performance, and even interface. There’s also more to it than just no wires, lots of bass and a low price tag. And that makes it a bit of a shark in a sea of TWS mediocrity – if you do not mind spending a little more, we would recommend it easily above the Redmi Earbuds S and the Realme Buds Q.

“It does add a touch of class
To a segment largely dominated by bass.”