Not too long ago, the Indian Government banned 59 Chinese apps that were considered unsafe since there were reports that these apps were transmitting data to Chinese servers and as a result, were a threat to the privacy of millions of Indians. The list the 59 banned Chinese apps also included some default apps from smartphone manufacturer Xiaomi like the Mi Community app. 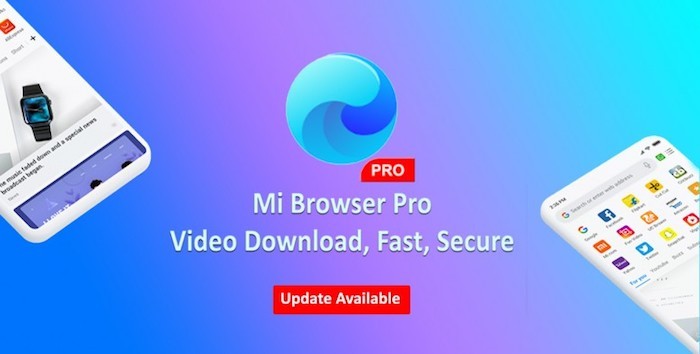 Today, the Government of India has banned yet another app from Xiaomi and this time it’s the Mi Browser Pro which is essentially the default browser app that comes pre-installed on Xiaomi, Redmi, and Poco smartphones. A few months back, Xiaomi’s Mint browser was under the radar for tracking usage patterns of users even in incognito mode which raised privacy concerns. Now, the Mi Browser Pro has been banned in the country rendering the default browser useless on phones running on MIUI.

While the browser came with some useful features like an in-built ad blocker, the ability to download videos from social media, and more, this might come as a blessing in disguise for many users since the Mi Browser is infamous for its vulgar ads and notifications. If you are using a phone with MIUI, which is basically any smartphone from Mi, Redmi, and Poco, you can continue to use any other browser app of your choice including Google Chrome that also comes pre-installed on these smartphones as a part of the GMS package.

Xiaomi seems to be in talks with the Government officials to rectify the problem and to reinstate the app back onto the Google Play Store. The company insists that no data is taken out of the country and is fairly confident to get the app reinstated. Since the default browser, which is the Mi Browser Pro is not an essential aspect of a smartphone, the ban on the app should not ideally affect the sales of Mi’s smartphones. We even have a dedicated article with the best alternative browsers you can use and even a list of the best replacement apps for every app that has been banned so make sure you take a look at that if you’re looking for an app to replace the stock Mi Browser on your smartphone.

Was this article helpful?
YesNo
TechPP is supported by our audience. We may earn affiliate commissions from buying links on this site.
Read Next
Eight years, Eight times Xiaomi surprised us with the Redmi Note
#Chinese Apps #Mi Browser #xiaomi