It seems that during a recent media event, a mediaperson was showing a Xiaomi executive the Pixel 6a’s much-hyped Magic Eraser feature, which let you remove unwanted objects and photo bombers from your images. The Xiaomi executive, however, was not too impressed and muttered, “MIUI has had it for a while, almost five years,” and proceeded to show something similar on their own device. The amazing thing was that the device was actually a Redmi Note 11 Pro+, which is less than half the price of a Pixel 6a. What’s more, in many scenarios it actually worked almost as well as the Pixel’s feature. 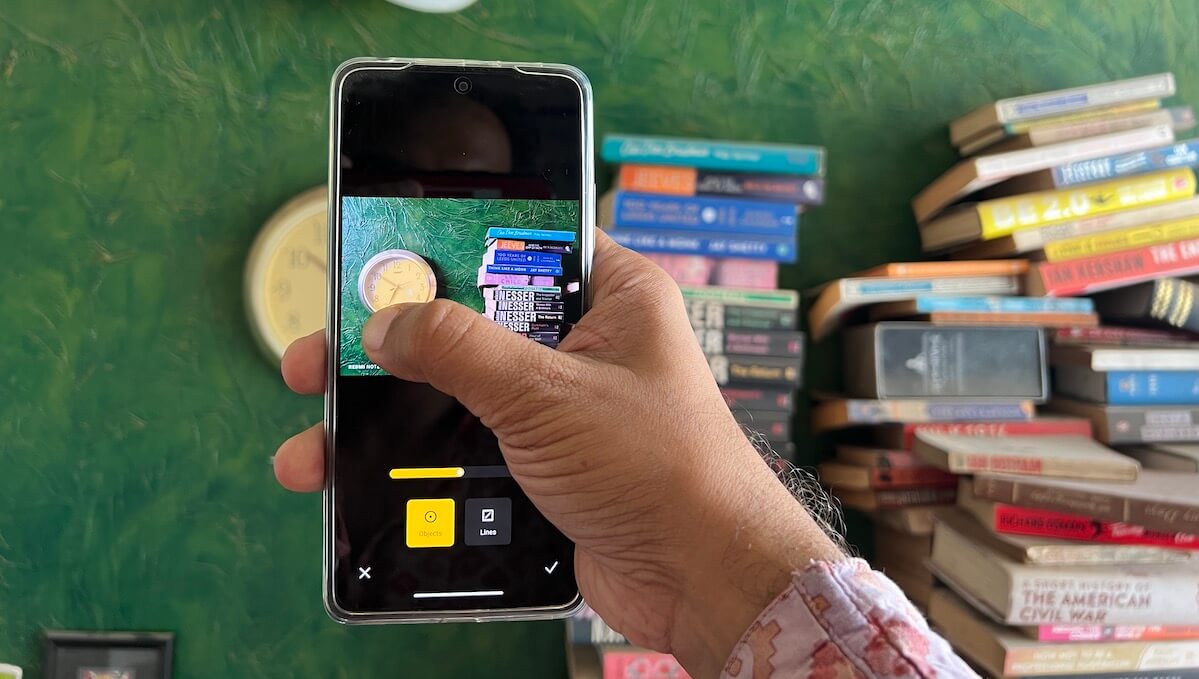 Google made object removal hype-worthy in 2021

We have been trying out the feature on our Redmi Note 11 Pro+, and well, we are genuinely surprised at why Xiaomi has not spoken more of this feature in recent times. There have been ways of removing objects from images for a while, but these generally involved third-party apps that were either too sloppy or too difficult to use. With the launch of the Pixel 6 series in 2021, Google made removing objects as easy as tapping on or highlighting them and delivered very good results, thanks to its computational photography muscle and the Tensor processor.

The hype around Magic Eraser has seen other brands get on to the “object removal” bandwagon, too, with Samsung being very vocal about how the feature was coming to a number of devices via updates. However, what is notable is that Samsung’s object removal tool (Object Eraser) also seems mainly restricted to its flagship series – the S22 series, the Flip and Fold series, and the S10 series (which received it through an update in February). Xiaomi, however, seems to have had something that is comparable and is available on much lower-priced devices. And is just as simple to use.

Xiaomi has had the Object Removal feature on MIUI since 2017!

Xiaomi is believed to have brought in the object removal tool, which it calls “Erase,” in MIUI 9 as far back as 2017. However, it is notable that this was also around the time when the brand got a lot of criticism because of the number of ads in its interface. And it has been on the backfoot as regards MIUI ever since. As a result, many features in the interface have seemingly flown under many tech radars. One of them is object removal from photographs.

The feature was covered when it was initially released, but its subsequent improvement has not really gotten so much attention. Well, we tried out the feature on this year’s Redmi Note 11 Pro+ and the Redmi Note 10S of 2021, and the results were frankly impressive.

Erase on MIUI: Easy enough to use

Using the Erase feature is extremely easy. Just follow these steps (we have used the Redmi Note 11 Pro+ for this purpose)

Giving Google and Samsung a good run for their money

As you can see, the result is quite impressive. Just for the sake of checking, we tried the same exercise with the Samsung Galaxy S22 Ultra and, of course, the OG itself, the Pixel 6a. The results were as follows:

Now, there is no assurance that this will be the case every time, but as you can see, the Redmi Note 11 Pro+ in this specific case actually seems to have done very well indeed. We tried again, this time removing a person from a twilight snap, and this time the S22 Ultra and the Pixel 6a seemed to do better than the Xiaomi device. Of course, what needs to be remembered is that neither the S22 Ultra nor any of the Xiaomi devices can actually try to guess what needs to be removed as the Pixel 6a can.

The point to note, however, is that Xiaomi has this feature in devices that are far more affordable than flagships and even budget flagships. It is easy to use, works swiftly, and does not seem to depend too heavily on the processor.

We really think that Xiaomi needs to talk more about it. If you have a Xiaomi, Redmi, or Poco device, go ahead and try the feature out. You will be surprised.

Was this article helpful?
YesNo
TechPP is supported by our audience. We may earn affiliate commissions from buying links on this site.
Read Next
Evanesco! How to use Google Pixel’s Magic Eraser to make things vanish ...
#comparison #google #Magic Eraser #MIUI #samsung #xiaomi