There was a time when expandable storage meant investing in a microSD card if you were using a tablet or a phone, or a portable HDD or a flash drive if you were using a notebook. They were two different parts of the byte-ridden storage universe. Yes, you could use adaptors and connect a phone to a flash drive or connect a microSD card to a notebook, but out of the box, they were two different kinds of storage, for two different systems. There had been attempts made to bridge the two, with flash drives that could plug into both a micro USB port (a phone) and a USB port (on a notebook) and others that connected wireless to the devices, but by and large, these had limited success. 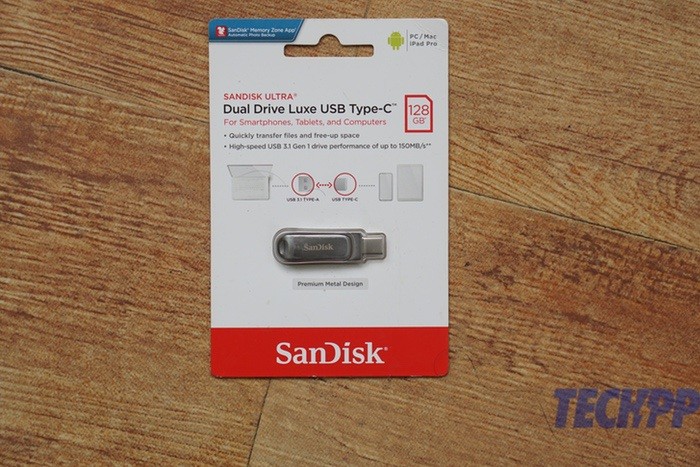 Small, metallic and with USB Type C and USB Type-A too

Western Digital has now returned to that “One Drive To Store Them All” formula with the SanDisk Ultra Dual Drive Luxe USB Type C. We will just call it the Ultra Dual henceforth, for the sake of simplicity and a more representative word count. We got the 128 GB version and well, it cuts a very impressive and very compact figure. It is solid metal with a USB Type C (3.1) attachment on one side and a conventional USB (Type A) 3.1 on the other. So you can plug it into any device with a USB Type C port or a conventional USB port.

The build is very, very solid and there is a very polished elegant look to the tiny device. There is space to thread a keychain through it for easy access – we would recommend doing that because it is rather tiny – slightly more than 2 inches in length. Yes, it seems solid enough to take a drop, but why risk it? Our only complaint about the design is that at one time, only one of the two connectors remain covered, leaving the other one exposed.

It just works…app or no app

In terms of functionality, however, the Ultra Dual have a big advantage that their predecessors did not. In the past, the connecting ports of mobile phones, tablets, and notebooks used to be different. Today, many have a similar USB Type C port, and a fair number also do not have microSD card slots! And that literally adds a new dimension to this handy little device.

We got the 128 GB version and suddenly, we discovered that sending files between devices was as easy as plug, copy, paste, eject, and repeat! We were sending files between a OnePlus 8 Pro and an iPad Pro, and iPad Pro and a Windows machine, a MacBook Air and a Galaxy Note 2 Ultra by just using this handy little gadget. You do not need to worry about Wi-Fi and Bluetooth connectivity. This is a good old plug and copy and paste play at its best. With a read speed of 150 MB/second, this is a very fast drive – you can transfer a gig of data to and from your device in less than a minute. A slight catch – it heats up a fair bit. We suspect that metallic casing has something to do with it. 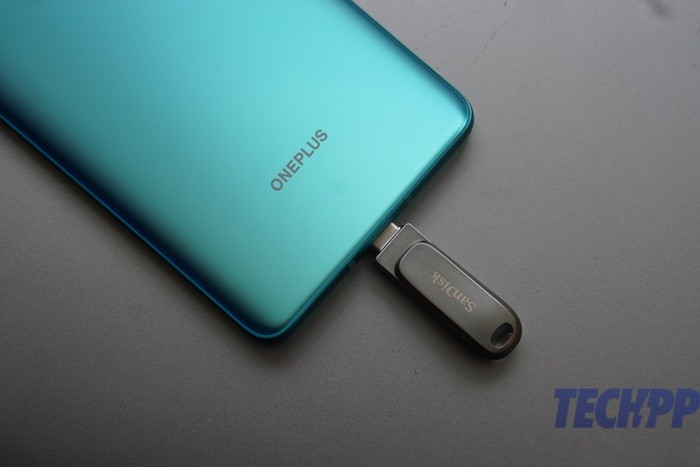 The best thing about the Ultra Dual is that it could work with all our devices without needing to install any extra software. The drive DOES come with SanDisk’s Memory Zone app for Android (you can also download it from Google Play). The app, as expected, works with Android devices and is a good option for those who want to schedule backups and so on, but if it is simple data transfers you are looking at, you will be able to manage without the app as well. On the iPad, we found we had to use the Files app to transfer information to and from the drive. On the MacBook Air and Windows machines, it showed up as an attached drive – standard procedure. We think it is absolutely smashing for those who have to keep switching data between devices, although digital cameras are kind of missing from the equation at the time of writing (that remains memory card land). 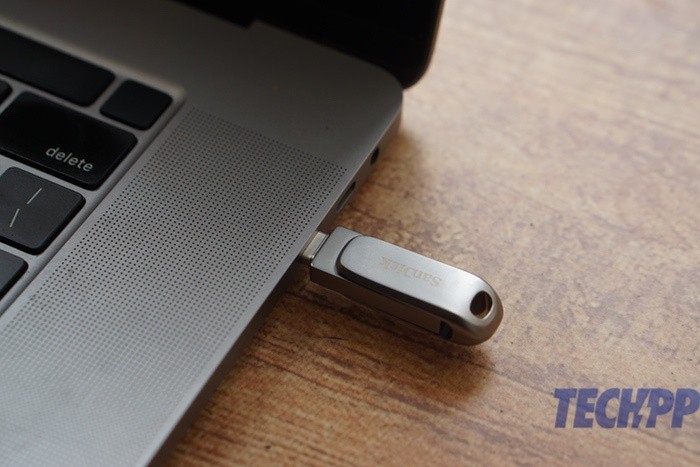 Speaking for ourselves, we liked the fact that we could send sample images from cameras from our phones to a notebook without having to sign into a cloud service or firing up apps on both devices (Snapdrop is rather cool, though, if both devices are on the same network although you would need the Internet for it).

Which brings us to the title of this story. Does the (fine, we will give it its full name this time) SanDisk Ultra Dual Drive Luxe USB Type C do enough for the Rs 1,699 it charges for the 128 GB variant? Well, we think it does. In fact, we would say it is one of those gadgets that are close to a necessity for anyone who uses multiple devices like phones, tablets, and notebooks. It is not just about the storage but the convenience to switch data between devices. Of course, you can also use it to free up space on your device! 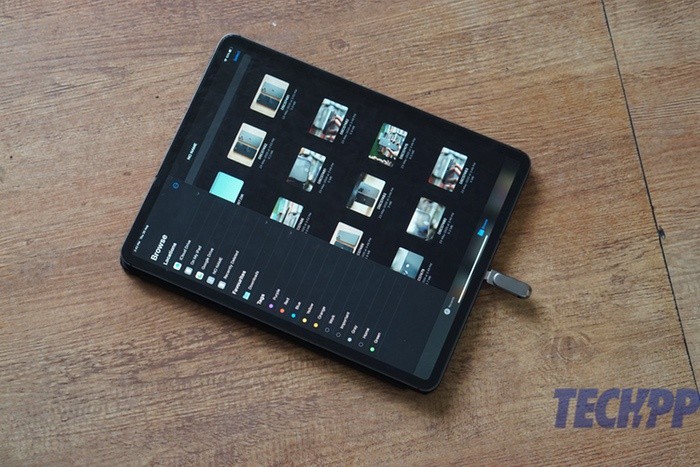 We can see people who shoot content on their phones just loving this (provided they are NOT using iPhones of course – those still do not have USB Type C connectors) as it lets them transfer information from phone to notebook literally in a minute or so. The SanDisk Ultra Dual Drive Luxe USB Type C starts at Rs 839 for 32 GB and goes up to Rs 13,500 for the 1 TB one. If you have more than a USB Type-C or conventional USB device in your house and need to switch data between them, perhaps you should consider this tiny gizmo with gigs of storage in it.