When Realme unveiled its Narzo 20 series of devices, most of the headlines were grabbed by the well-specced Narzo 20 Pro. Whatever attention was left was then taken by the most affordable (and the only of the three to sport a Qualcomm chip) Narzo 20A. Which kind of left the Narzo 20 right in the middle of both with not too much share of the spotlight. And that is a bit unfair to it because the phone actually delivers a fair bit for the (not too many) bucks it charges. 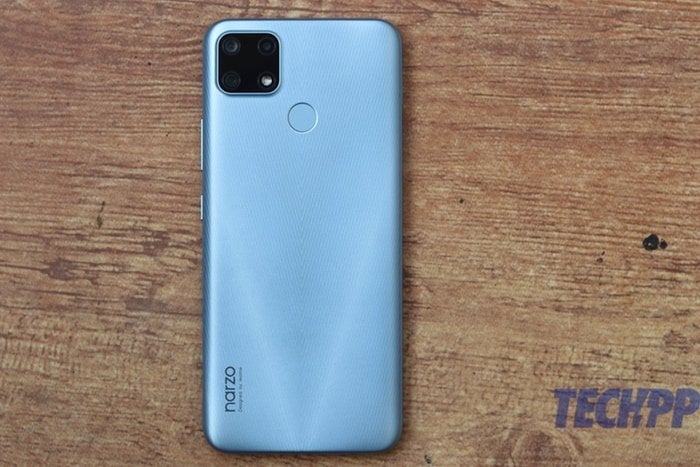 And this begins with the design. The Narzo is an unabashedly large phone and slightly hefty phone. It is 164.5 mm tall, which means handling it with one hand is going to be difficult and at 208 grams, it is on the heavier side. It is not sliver-slim either at 9.8 mm. And yet, it manages to look good. Credit for this goes to the back, which is carbonate but comes with a design that reflects light in roughly V-shaped patterns (a gesture of victory among the youth, as per the company, and a thought that would make poor Sir Winston Churchill turn in his grave).

We got the Glory Silver edition (Victory Blue is the other) and it comes with a slightly textured back which does not pick up smudges and frankly is very eye-catching, a bit of a rarity at this price point. Mind you, as this is a tall phone, we feel the fingerprint sensor on the back could have placed a little lower – reaching it can be a stretch (couldn’t they have parked the sensor on the side?).

A very good camera for the price

Another rarity at its price point is the 48-megapixel main sensor on the device. Realme has stuck to three cameras on the back – a 48-megapixel main sensor, an 8-megapixel, and a macro sensor, all of which are placed in a square unit on the back. Realme has been known for its cameras, and while it is too much to expect great low light performance at this price point, the cameras deliver a very good performance in normal light conditions. We would actually go right ahead and say that they are perhaps among the better ones in its segment. No, we are not fans of the bare-bones macro sensor, but the main sensor and ultrawide camera do deliver some very good photography when the light is right. Portrait mode also is surprisingly good. 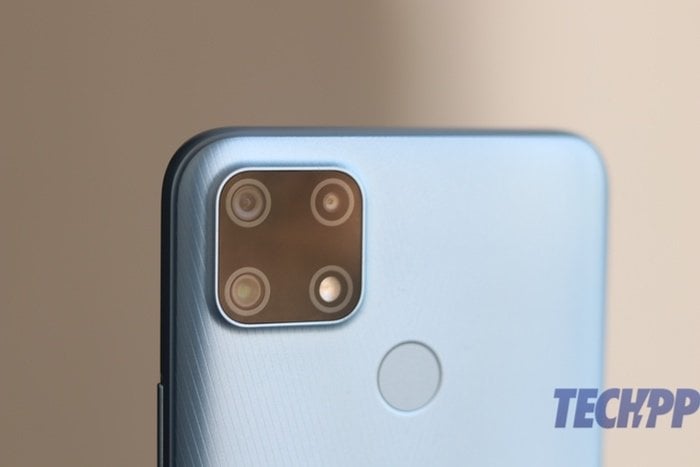 Realme has not packed in as many software camera tricks in the Narzo 20 as it has in some other devices, but there is enough here to keep most snappers happy. The front 8-megapixel camera delivers reasonable selfies too, but make no mistake – that 48-megapixel main sensor is the star here. Do not expect great video here but as long as your needs are restricted to social networks like Instagram and Facebook, you will not have too much to complain. 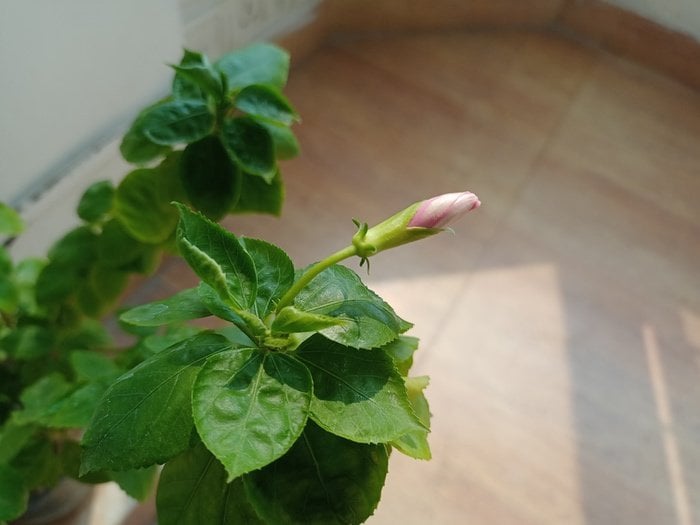 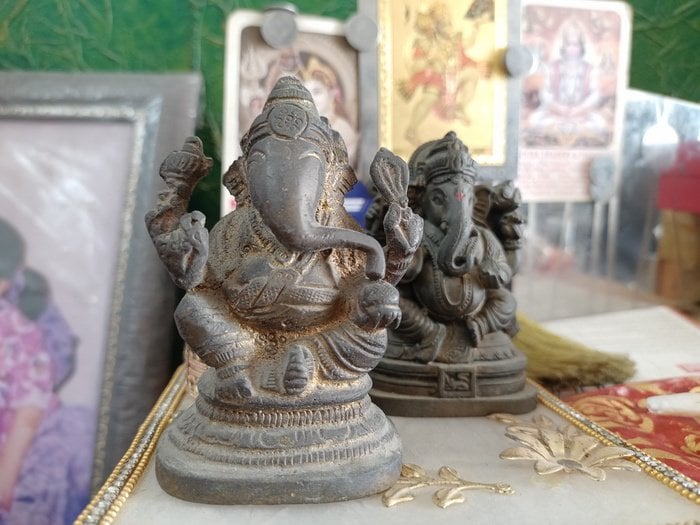 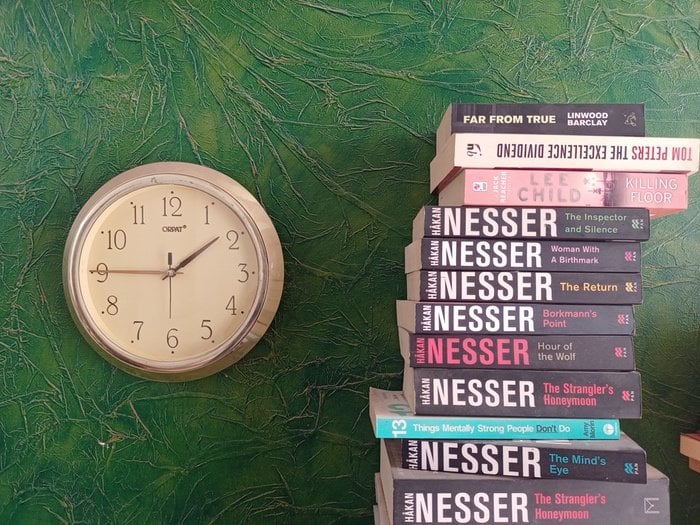 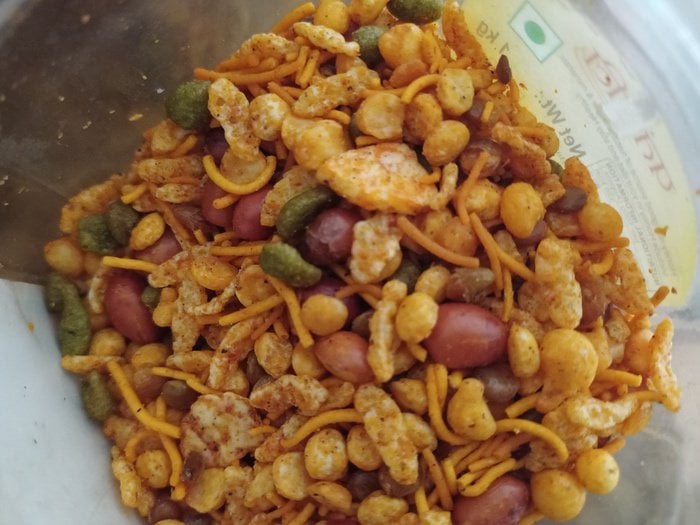 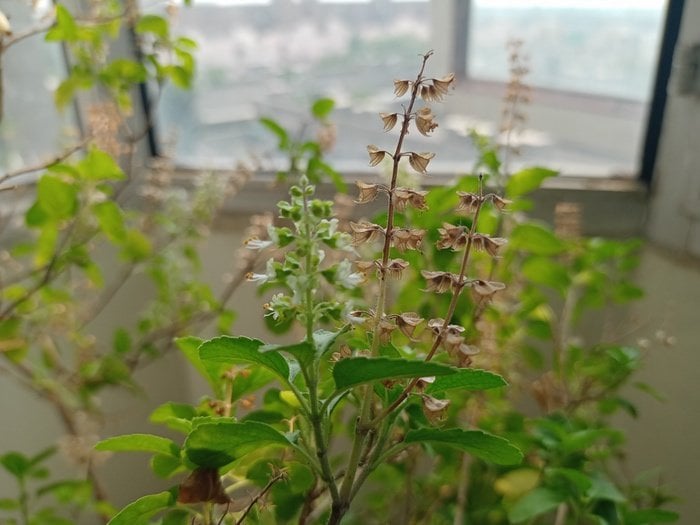 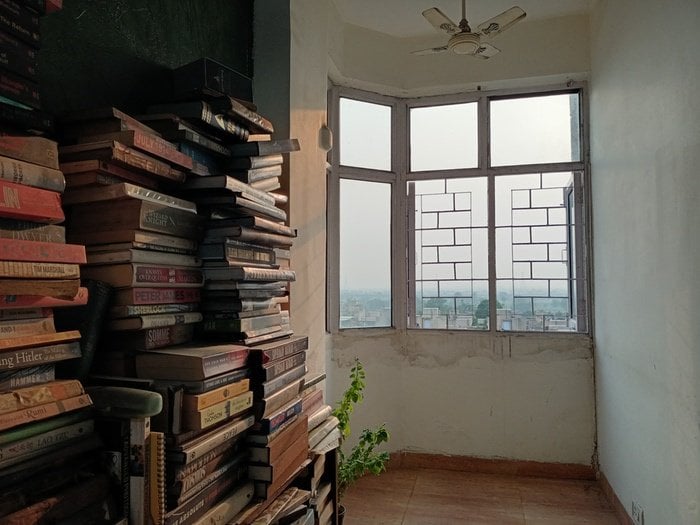 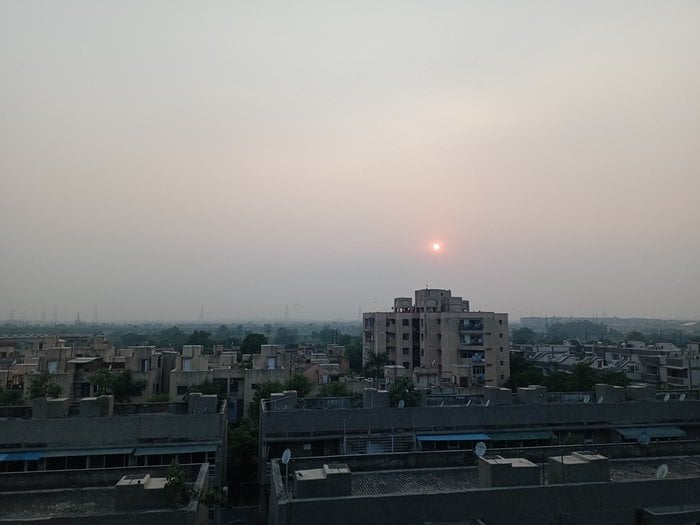 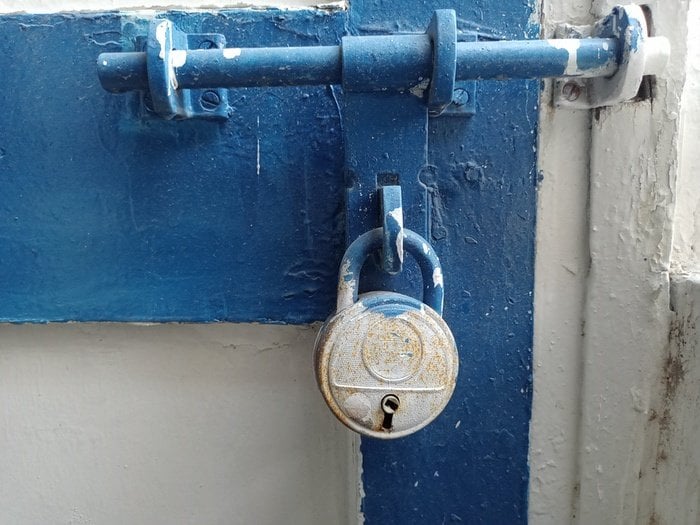 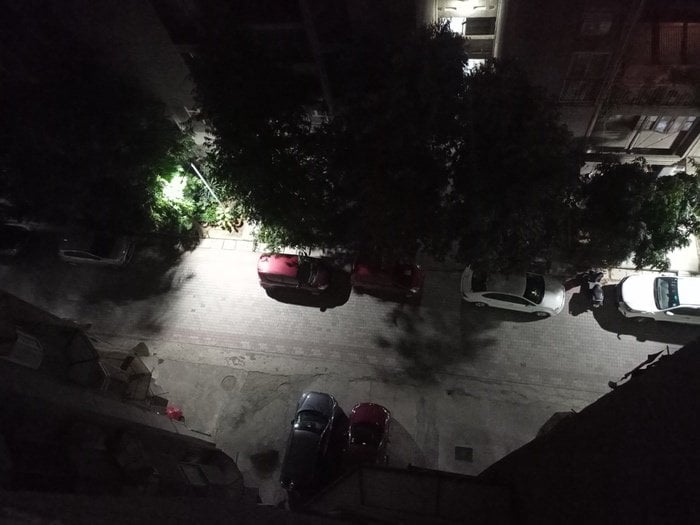 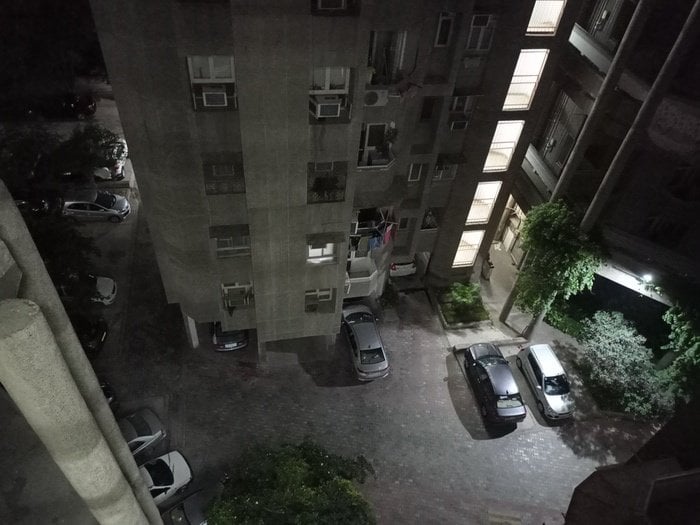 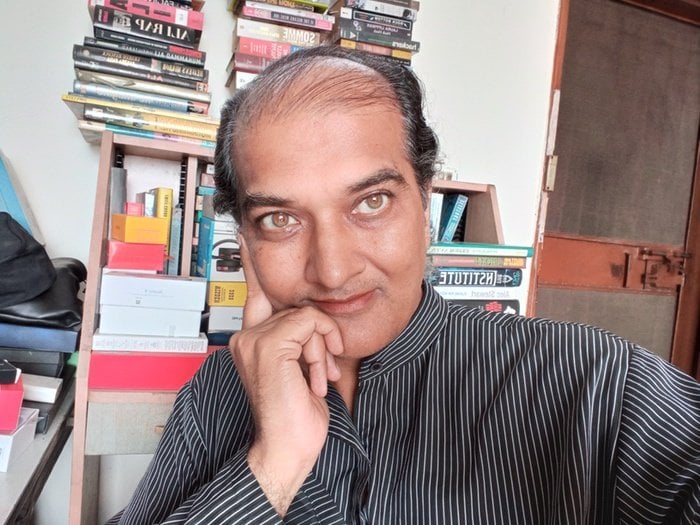 A chip to handle most tasks easily

Another star is the Mediatek Helio G85 processor. Realme has pushed it as a gaming processor and well, it certainly can handle most games as long as you do not try to push them to the highest graphics settings. We were even able to get a decent enough Asphalt and Call of Duty experience, although the lags do creep in from time to time. The phone also handled multiple apps reasonably well, although we sometimes felt the odd stutter. You get 4GB RAM and storage options of 64 GB and 128 GB, both of which can be expanded via a memory card, which has a dedicated place of its own on the dual SIM card tray. Nope, no 6 GB options here but then, those are rare at this price point. 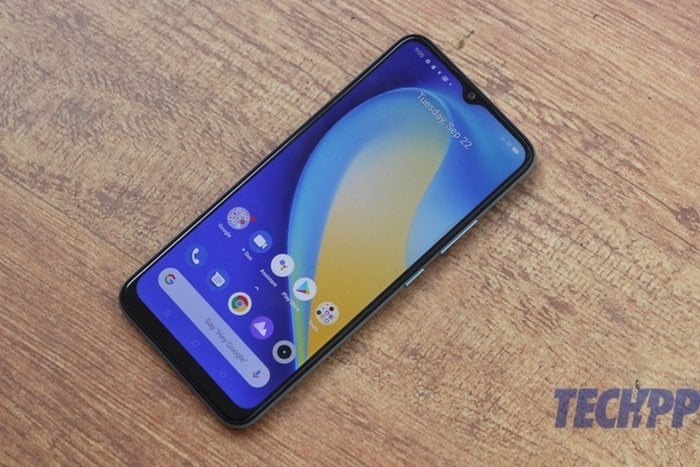 While gaming, you also realize that the 6.5-inch HD+ “mini drop” display, while not being a full HD one, is actually quite a decent performer. It is not eye poppingly bright, but it is more than adequate for your sessions of show watching, social networking, and web browsing. The single speaker on the base is loud enough although the sound quality is not the greatest. There is a 3.5 mm audio jack if you wish to up the audio ante with your own earphones, and those generally sound much better. There is also Bluetooth, GPS, Wi-Fi, and 4G on the connectivity front.

Ensuring that you can keep doing anything on the Narzo 20 for a good deal of time is the task of a massive 6000 mAh battery which comfortably sees off close to two days of normal to heavy usage. It comes with an 18W fast charger, which might seem small in comparison to the 65W one on the Narzo 20 Pro, but well it does get from 0 to 100 in about two hours and a bit, which is good enough. Actually, with a battery that large, charging frequently is going to be the least of your problems. 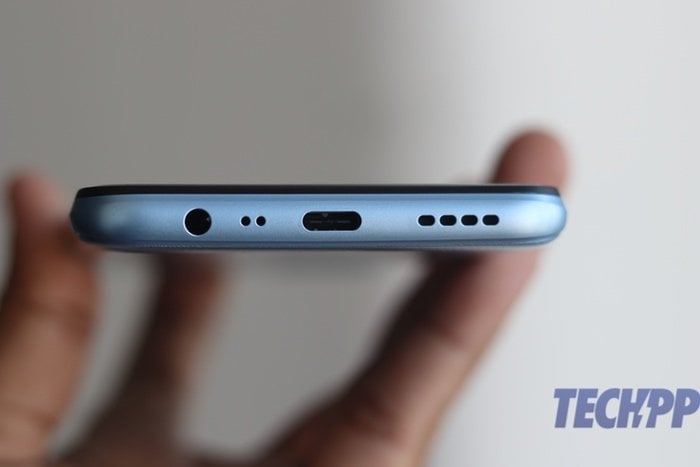 Realme does need to work on its UI, though. The bloatware is not an issue but ads do leak in, although they are not a major issue. A bigger point of concern for us are the random app crashes and erratic activity like the camera not taking a snap when we hit the shutter. Knowing Realme, an update will be on the way, but still, it would be nice not to have to contend with these issues out of the box.

The Narzo 20 is a steady performer. It does not do anything path breakingly spectacular like the Narzo 20 Pro (that charger) or is as affordable as the 20, but it does not get too many things wrong either. At its starting price of Rs 10,499 (for the 4GB/ 64 GB variant – the 4 GB/ 128 GB one is priced at Rs 11,499), the phone enters a very competitive smartphone zone. A zone inhabited by the likes of the Redmi 9 Prime and the Poco M2 (which many insist are one and the same phone, but that is another story for another day). 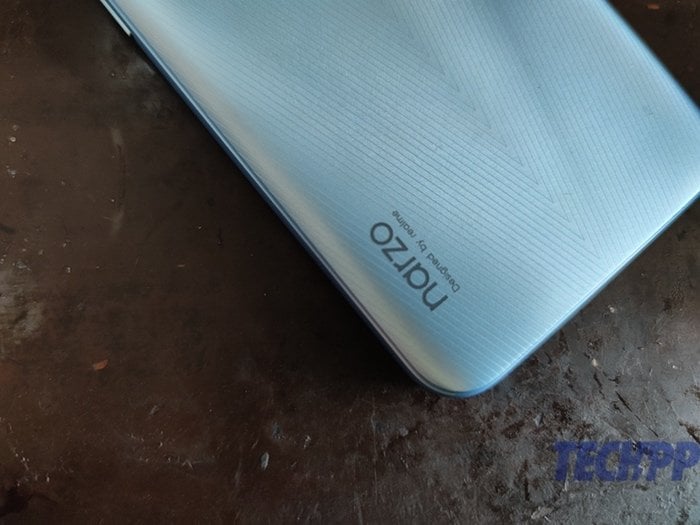 And well, while fingers will be pointed straight away at its lack of a full HD display (both the Prime and Poco M2 have one), the fact is that the Narzo 20 does compensate for that with a decent 48-megapixel shooter, a newer chip, and a huge 6000 mAh battery. Yes, we know there are folks out there that insist that full HD is the bare minimum, but as the iPhone 11 and iPhone SE have shown us (although in a totally different price segment), that point is open to debate. The display of the Narzo 20 is not its strength but it is not its weakness either.

Of course, there will be detailed comparisons with competing devices. But the Narzo 20 does more than enough to hold its own against some very stiff competition. We would say it is one of the best options for anyone looking for a good camera and a long-lasting battery in and around Rs 10,000.

Review Overview
Was this article helpful?
YesNo
TechPP is supported by our audience. We may earn affiliate commissions from buying links on this site.
Read Next
Skullcandy Mod Review: Betting on doing the basics well
#Realme #realme narzo 20 #review