The Redmi Note was for a while a device that provided a steady performance to mainstream users at a price that was below Rs 10,000. Well, just below, anyways – it normally was a very Bata-like Rs 9,999. Those who wanted a bit more could go for the Pro versions, but if you stuck to the basic Note, you were still assured a rock sold device with very steady mid-segment performance. That, however, changed in 2020.

First off, there came the arrival of two Redmi Notes, and both came with suffixes – the Note 9 Pro and the Note 9 Pro Max. They were also slightly more expensive than their predecessors. But there was no sign of the “simple, basic” Note. A few weeks ago, that appeared as well – the Redmi Note 9. And well, it broke a tradition by being the first Note in a while to come at a starting price that was in five figures – Rs 11,999. In the meantime, with the increase in GST and other expenses, even the price of the older Redmi Note 8 had also gone up to Rs 12,499. So, for the first time in almost a decade, a person looking for a new Redmi Note would not have an option in the sub-Rs 10,000 range.

Times change. Things get more expensive. Hey, we are in the era of USD 1000 phones, and there are Rs 25,000 phones that are called mid-segment. So, why should the price of the iconic bestselling Redmi Note not increase? Well, it did. And it also left behind a Note-shaped hole in the sub-Rs 10,000 segment.

So it is hardly surprising that Xiaomi has released a Prime candidate to fill that gap. Pun intended. We are talking of the Redmi 9 Prime.

Mind you, the Redmi 9 Prime is nothing like the Note series in design terms. If anything, it seems to borrow a bit from the Poco X2, with a quad-camera arrangement and a fingerprint sensor at the top central portion of the back with a very Poco X2-ish circular outline (although the X2 did not have a fingerprint sensor on the back). It is very striking, and unlike the Note series which broadly resemble each other, the 9 Prime stands out. And that is not a bad thing when you consider the general absence of innovative design in that segment. Our unit also had a very striking shade shifting color, moving from light pink on the top to a greyish blue towards the lower portion, in what the brand terms Sunrise Flare. The phone comes with a matte finished carbonate back (shades of the Redmi 8A) which feels reassuringly solid and stays relatively smudge-free as compared to the glassy ones. 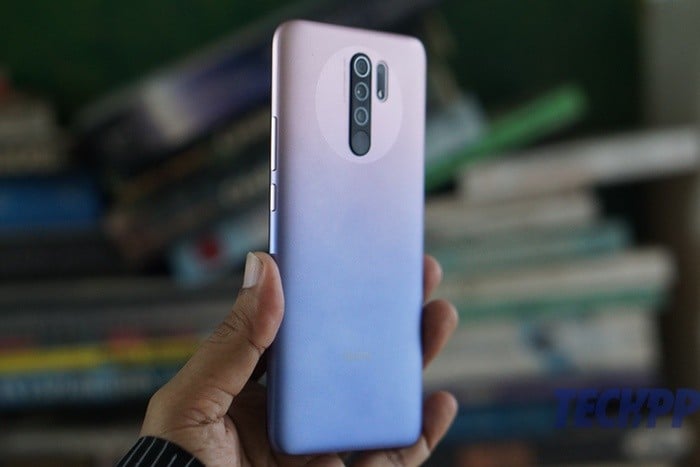 Yes, the front is the routine, tall, 6.5-inch display with a drop notch, the sides hold the ports (there is a 3.5 mm audio jack, hooray, and an infrared port too) and the volume rocker and the power/display button, but it is the back that really stands out in the Redmi 9 Prime. This is a big phone, though, 163.3 mm in height and at 9.1 mm is not as thin as some of its competitors, nor featherlight at 194 grams. But all said and done, it is one of the most noticeable designs we have seen in this segment, where functions and features matter more than form. It also comes with p2i splash resistance, which is always a plus, and the display has Gorilla Glass 3 protection.

The looks (the beach especially) might be a little reminiscent of Poco, but in terms of specs performance, the Prime is close to what we expected in a base level Note. There is nothing that will jump out at you, but everything just falls into place very nicely indeed. And is exceptional value for money at its price point. 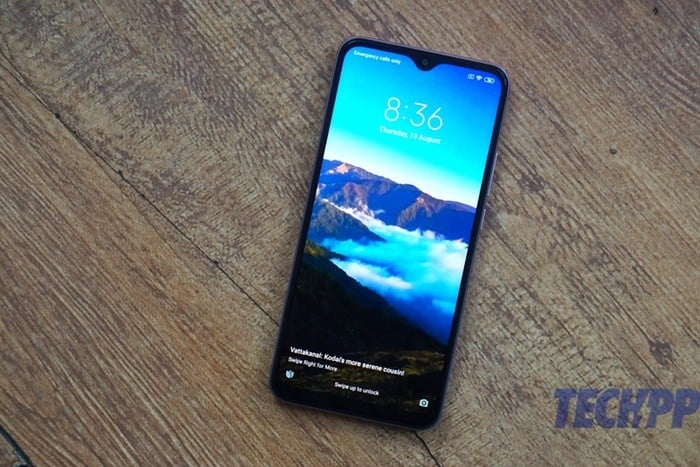 The 6.53-inch full HD display is a very good one and with decent brightness levels, and is easily the best in the four-figure range. It is more than adequate for binge video watching, browsing the web, social networking and even the odd spot of casual gaming, Speaking of gaming, the MediaTek Helio G80 paired with 4 GB RAM delivers a surprisingly good performance. You can play routine casual games like Subway Surfer without a hitch and can even put in some PUBG and Asphalt sessions, provided you do not try to play at the highest settings. There might be the odd lag here and there but by and large, you will have nothing to complain about. The same applies to running multiple apps – yes, you might sense the odd pause as the level of tabs and background apps accumulate, but by and large, the Prime is a Prime-level performer.

The phone gets a little warm sometimes but never reaches alarming levels. The single speaker at the base of the phone delivers a reasonably loud sound and if you want something better, well, go right ahead and plug in your earphones (God bless headphone jacks). There are storage variants of 64 GB and 128 GB, with a dedicated microSD card slot to add another 512 GB if needed. 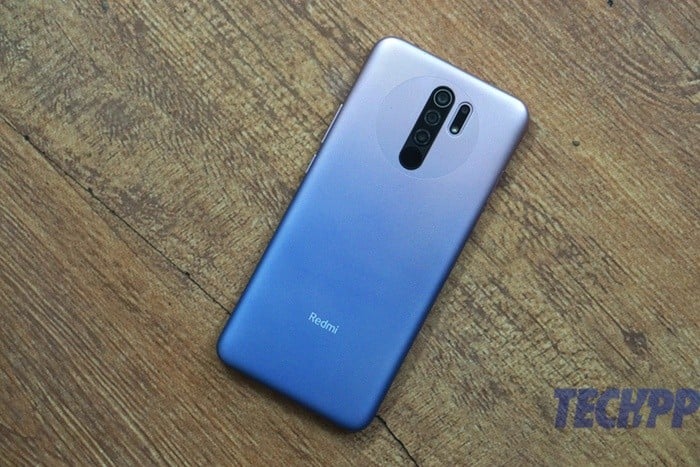 The Redmi 9 Prime comes with four cameras on the back – a 13-megapixel main sensor, an 8-megapixel ultra-wide sensor, a 5.0-megapixel macro sensor and a 2.0-megapixel depth sensor. Selfie snapping is handled by an 8-megapixel camera in that drop notch. The cameras are reasonably good performers as long as you are in good light conditions. We found their handling of colors to be slightly on the oversaturated side, but that is not a problem really, given how much people love bright colors. You are not going to get the sort of level of detail you get on the Note series, but you will still get very good snaps in daylight.

Even the macro sensor can sometimes pull off decent pictures when you consider the device’s price point. The selfie camera is again a steady performer and thankfully does not go crazy trying to smooth and brighten your skin. Just do not try too many low light snaps with the cameras and you will not have much to complain about – there is not even a Night mode here in the camera app. We are not sure the Redmi 9 Prime’s cameras are the best in its price segment but they do the job, and if the light is fine, they will do it reasonably well. 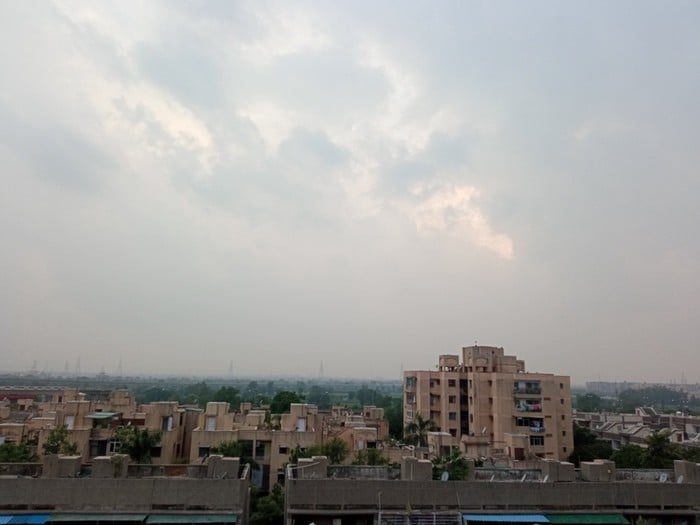 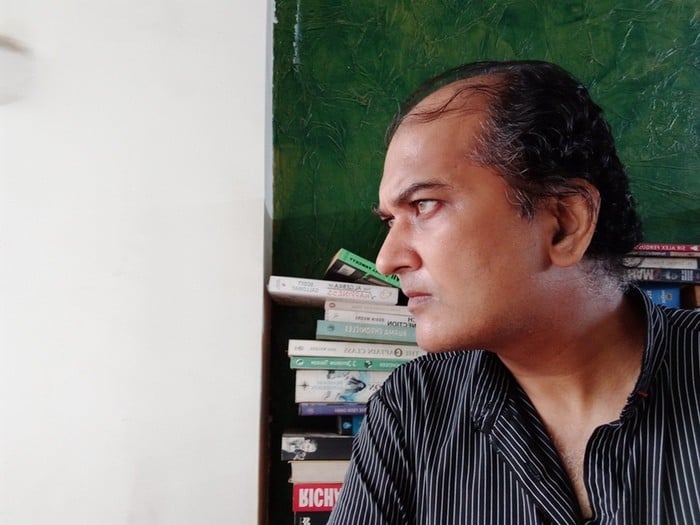 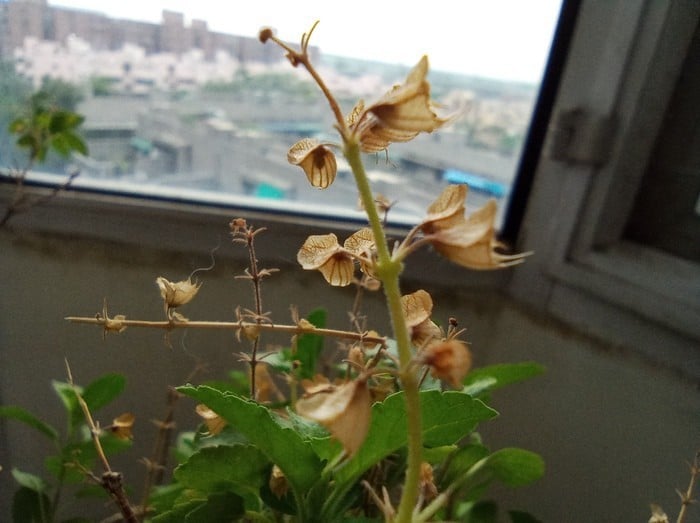 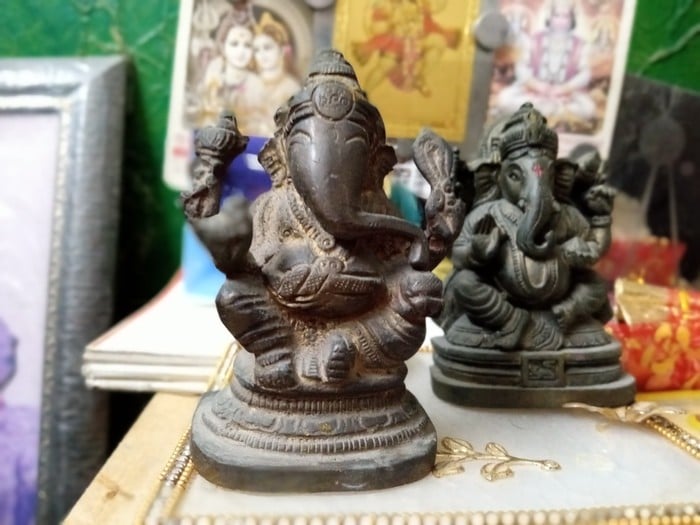 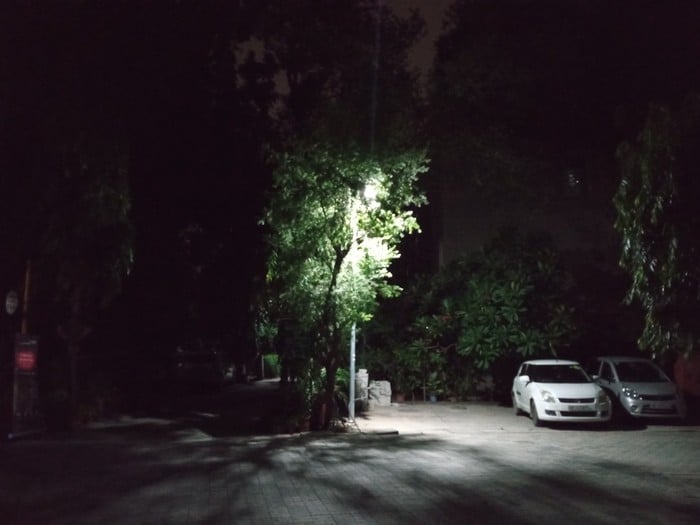 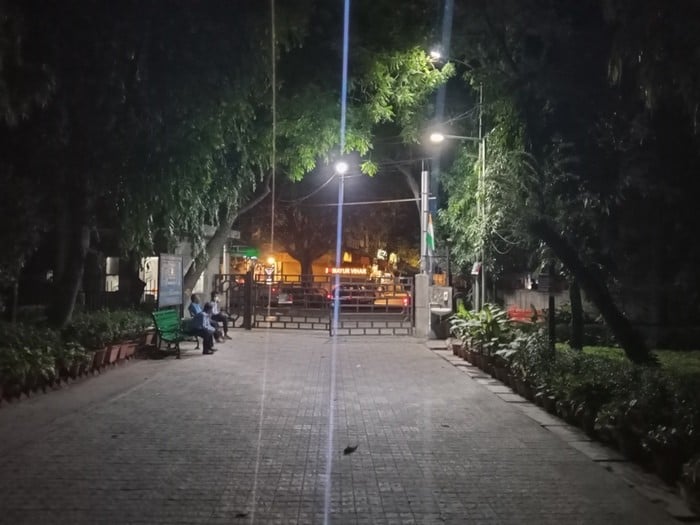 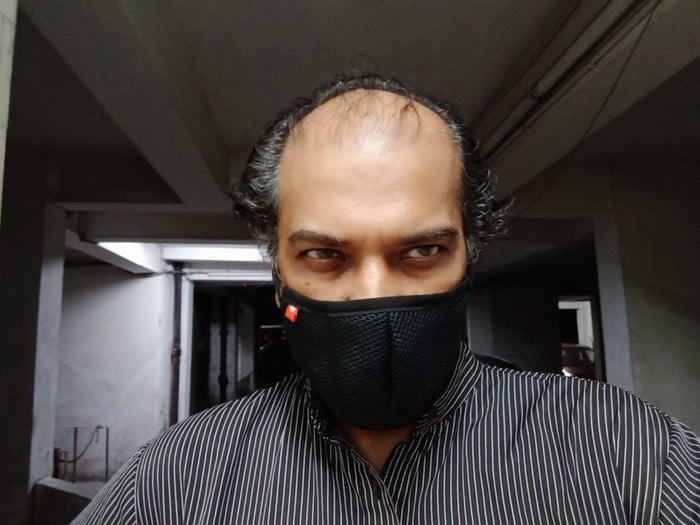 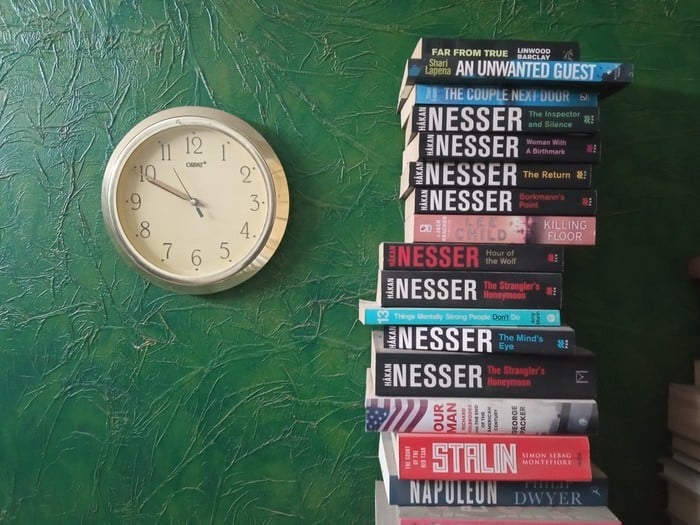 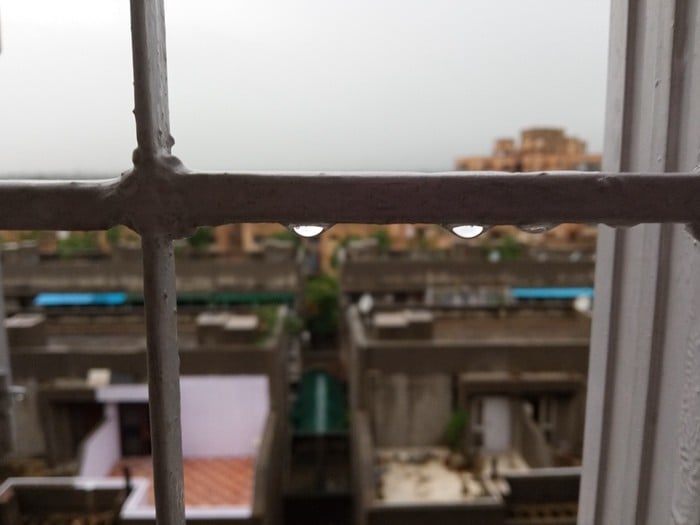 The 5020 mAh battery on the other hand does more than a reasonable job. We regular got close to two days of usage on it and went past two days when we were a little extra careful with it. Yes, charging it with the 10W charger in the box can be a little painful as it takes a fair bit of time, but then, chances are that you will not need to charge this phone too often. Xiaomi says that the phone comes with support for 18W charging, but that charger would have to be purchased separately. Which seems a bit unfair, really. Still, as we said, with the sort of battery life you get here, charging is not likely to be a frequent occurrence.

In terms of connectivity, the Redmi 9 Prime comes with two 4G SIM card slots, GPS, Wi-Fi, Bluetooth, and an infrared blaster, which is becoming a Xiaomi specialty. It runs on Android 10 with MIUI 11 on top of it. And surprisingly, we have not encountered too many ads in our week or so with the device. In spite of not having turned them off. Whether this is happy coincidence or deliberate, we do not know. But we are not complaining. We generally like MIUI, although the ads can be a little infuriating (especially the ones that seem borderline risque). 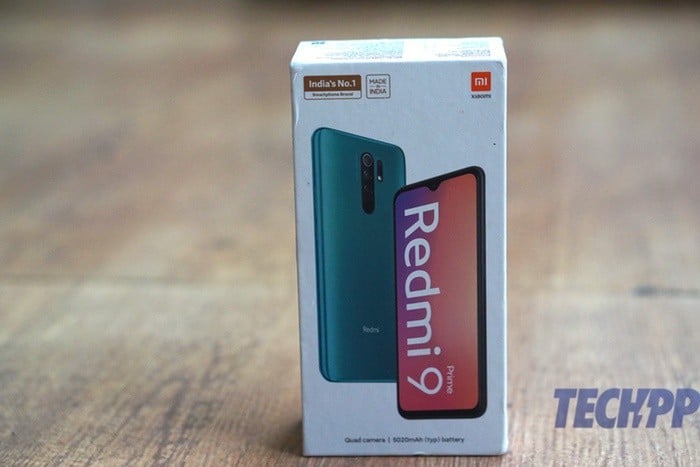 There is not too much that the Redmi 9 Prime gets wrong when you factor in its price point. At its starting price point of Rs 9,999 for the 4GB/ 64 GB variant (there is a 4 GB/ 128 GB variant at Rs 11,999), the Redmi 9 Prime is very much in a zone of its own with its combination of a Full HD display, quad cameras, decent processor and big battery. There are phones below Rs 10,000 which might do one or two things better than the Prime, but none we know that can match its overall performance – it is a clear notch above the likes of the Samsung Galaxy A10, the Vivo U10, the existing Realme C series and the Narzo 10. A successor to the Redmi Note has been found. Its name might be different, but its soul is very…well, Note-worthy.

Review Overview
Was this article helpful?
YesNo
TechPP is supported by our audience. We may earn affiliate commissions from buying links on this site.
Read Next
iQOO 11 5G Review: Does It End Your Quest for the Ultimate Smartphone?
#Redmi #redmi 9 prime #review #xiaomi