Smartphones are on steroids. Actually, have been for a while. And this steroid effect is visible not just in the innards but is also reflected in the build and design of new devices. Added inches is the new normal in the smartphone world and the ‘bigger is better’ mantra is thoroughly applied to almost all new devices setting foot in the business. 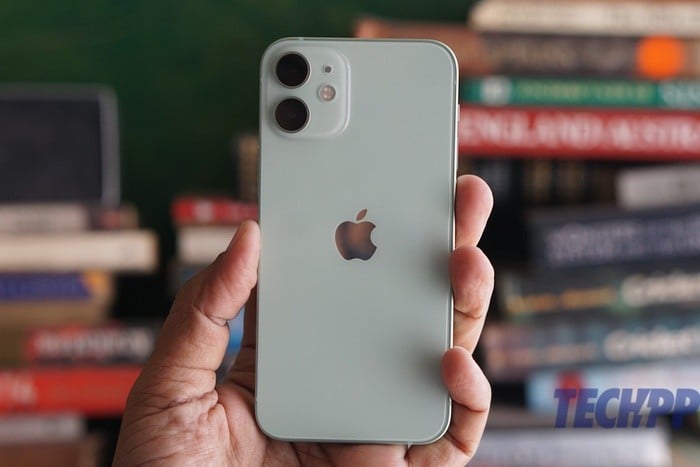 This is pretty much how things were going until Apple introduced some smaller than usual iPhones this year. And all those who were dreading these scaling inches rejoiced. First came the iPhone SE which was basically the iPhone 8’s body coupled with new-age innards and then Apple launched the iPhone 12 mini.

Remember Despicable Me? Remember the scene in which Gru shrinks the moon with a shrink ray (check it out again here. You are very welcome)? Replace the moon with the iPhone 12 and you have the iPhone mini. The iPhone 12 mini is literally the mini avatar of the iPhone 12. It has the same design and broadly the same insides. It also mirrors the OG iPhone SE in terms of handfeel. When we first held the iPhone 12 mini, it instantly took us down the nostalgia road and reminded us how holding a much smaller iPhone used to feel like.

Them Nokia 3310 feels…only in nostalgia though

But holding this brand new smartphone did not feel like well, holding a brand new smartphone, and the reason was simple: them old SE feels. Apple did take a road less traveled by adding a small-sized smartphone in its portfolio, but when it comes to the design and size of the smartphone, the mini feels like the younger sibling who only gets clothes that are passed down to it after the elder one cannot fit into them anymore. Apple seems to have literally borrowed a little bit from an older device (the OG SE) and added a bit from the new (the iPhone 12), mixed it all together, and voila! given us a brand new mini. 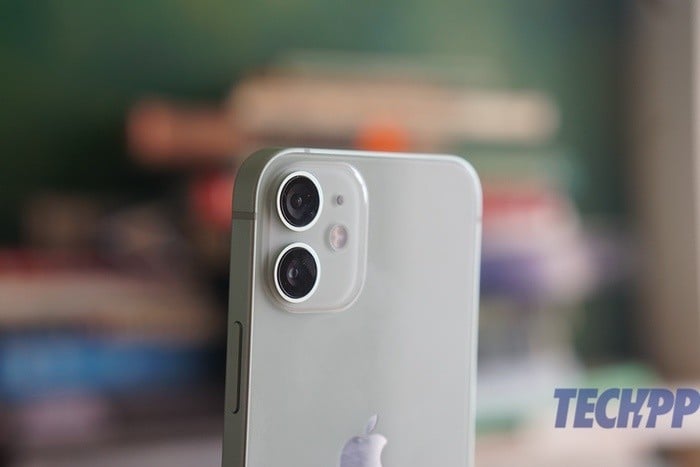 The iPhone 12 mini reminds us a little of the Nokia 3310 (2017) in some ways. Not in terms of sheer muscle because we know the mini comes loaded with new-age Apple features but in terms of the feeling of nostalgia it evokes. Like the Nokia 3310 (2017) came in with a heavy dose of nostalgia to back it in the market, we think the iPhone 12 mini will invoke – and is already invoking – similar feelings. But these nostalgic feels won’t hit you quite as hard unless you hold the phone in the palm of your hand. It is when you hold the phone, that you realize that this is actually the iPhone SE with a major (mainly hardware) makeover or the iPhone 12 that has been shrunk.

Its size also brings in a certain “cute” factor. Yes, the iPhone 12 mini is not radically smaller than the iPhone SE launched earlier this year but it is small enough to fit into the palm of your hand and such are phone sizes these days, that this is more than enough for many folks to go “awwww.”

Can it push out the biggies? 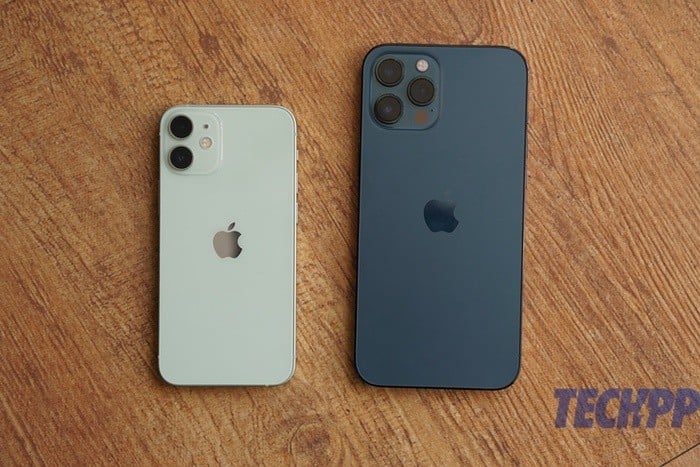 But apart from ringing in the nostalgia and bringing on awwwsomeness, can the iPhone 12 mini push your regular-sized (well we call larger phones “regular-sized” now) smartphone out to become your go-to device? Well, once the cuteness and nostalgia have worn off (and they do!), you see that the little one has a BIG task in front of it. And we say this after we have advocated against brands making ‘big and bigger’ smartphones. This is simply because Mini is actually what it claims to be: mini. And even for people like us who are not the greatest fans of displays bigger than our faces on a smartphone, this one’s going to have to work hard to fit into our content-hungry, gaming-oriented lives. 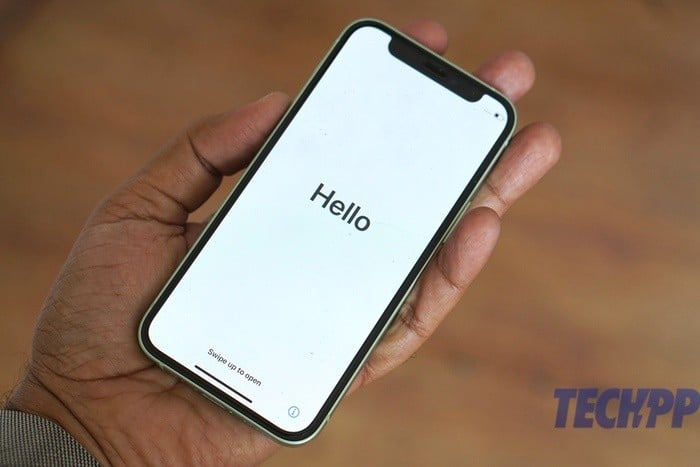 We like the modernization of this old soul that comes with a smaller bezel-less, notched full HD+ display, dual cameras, a top of the line processor, and a glass back but there are struggles on the horizon. That small screen with full HD resolution also comes with a smaller battery, and that smaller display might not make the 12 mini an ideal phone for all things we often do on our phone without having to worry about cramped displays and battery life (surprisingly, even on an iPhone now). The mini might easily slip into the palm of your hand and into most pockets but it might not be an ideal match for those who either turn to their smartphones to binge-watch shows on Netflix or who like to put both hands on display for playing games. We found ourselves going back to our iPhone 12 far too often in these cases.

But that does not mean, the iPhone 12 mini is no good. The phone is an answer to the prayers of all those who wanted to go back to a feature-rich, powerful yet relatively small-sized smartphone. A smartphone that you can just simply use without having to worry about its massive size being an inconvenience. Or worrying about compromised hardware.

Will those help it unsettle the biggies? Stay tuned for our review.

Was this article helpful?
YesNo
TechPP is supported by our audience. We may earn affiliate commissions from buying links on this site.
Read Next
With Football Manager 2023 Touch, Apple Arcade finally has its “killer ...
#apple #First Cut #First Impressions #hands on #iPhone 12 mini