Samsung’s Galaxy S series has often been accused of copying THAT phone from Cupertino. Now, whether that accusation is fair or not is another matter, but when it comes to the Ultra variant, it seems as if the Korean brand has been the frontrunner in this famous rivalry. Last year, Samsung came out with S20 Ultra, a device that was in many ways similar to the others in the S20 range but packed in a staggeringly better camera, bigger display, and battery. Towards the end of 2020, we suddenly saw the iPhone 12 Pro Max, which was very similar to the other iPhones bearing the 12 nomenclature but came with – surprise surprise – way better cameras, a bigger display, and a bigger battery. 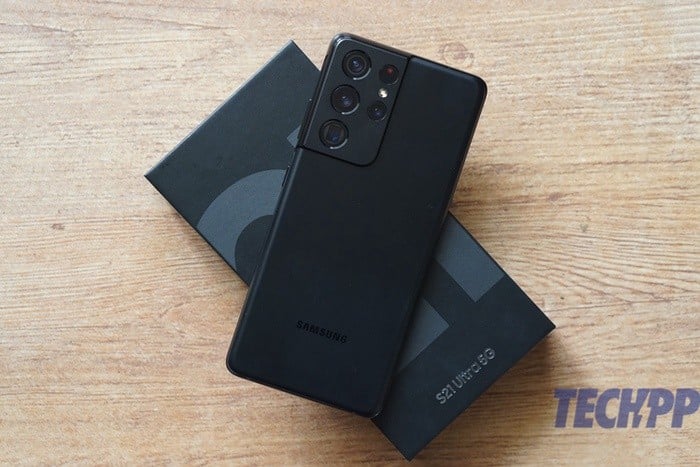 But then, as we all know, the S20 Pro did not quite live up to its potential, being bugged by focusing issues (oh, the irony) and a few other issues. Can the S21 Ultra do better?

Well, it does do better. And by a colossal distance. So much so that we can confidently call the Galaxy S21 Ultra the best camera phone in Android, and that is including the much-vaunted Pixel range. The phone sports four cameras at the back, and not one of them is for decoration or just making up numbers (we are looking at you, folks with 2 or 5-megapixel depth/macro/monochrome sensors!). What we have on the back of the S21 Ultra is a massive 108 megapixel 1/1.33 inch sensor with OIS, two ten megapixel telephoto sensors, one with a 3x zoom, another with a 10x zoom, (both with OIS), and a 12 megapixel ultrawide 1/1.255 inch sensor. Oh, and there is also a 40-megapixel selfie snapper.

That’s a lot of stuff on paper. And unlike on the S20 Ultra, which stuttered initially, the S21 Ultra’s snappers deliver. In spadefuls. Samsung has of course packed in a wide variety of tools here – too wide a variety it seems at times – but even if you stick to basics and just go in point-and-shoot mode, you are assured of getting some amazing results. The most talk, of course, has been of the zoom, which has 3x and 10x without any loss of detail and then with the aid of software, 30x and even up to 100x (space zoom, as Samsung calls it). 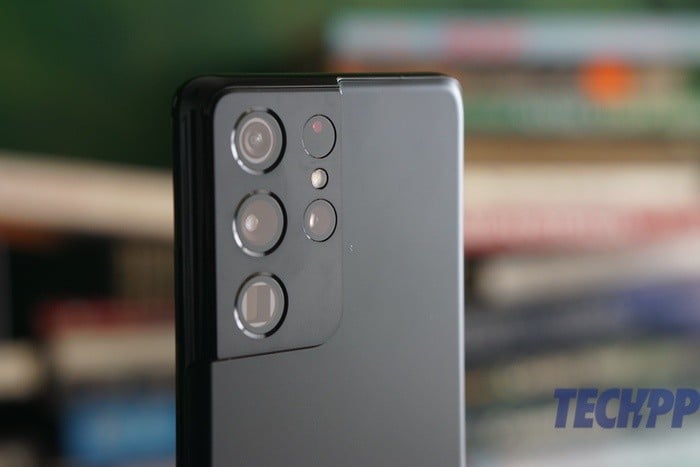 And well, it works. To a large extent. The kind of zoom we got on the S21 Ultra was frankly unlike anything we have seen on a “regular” smartphone (without an extending rear lens) in the past. 3x and 10x worked very well indeed in good light conditions, and frankly, more than sufficed in most cases for us, being good enough to snap birds and animals from a distance. Going further saw noise beginning to creep in, but even then we got very good results right up to about 20-25x zoom, which is again frankly staggering. It was only beyond that zone that the noise and grains began to take over. Holding the phone steady was also a challenge at higher zoom levels, notwithstanding all the stabilization Samsung had packed in. 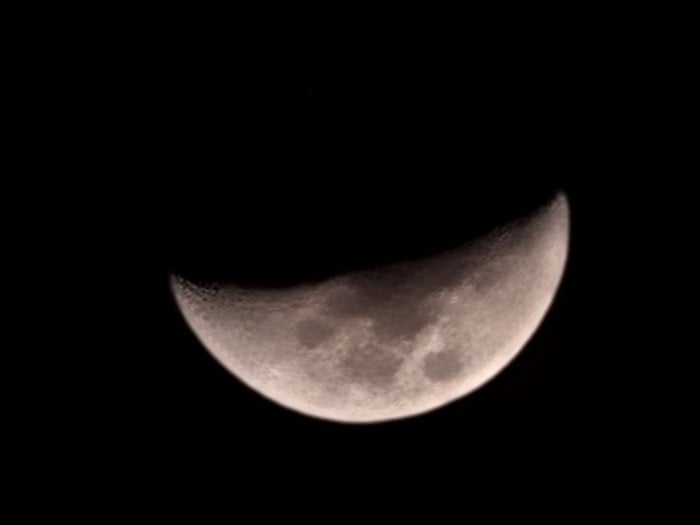 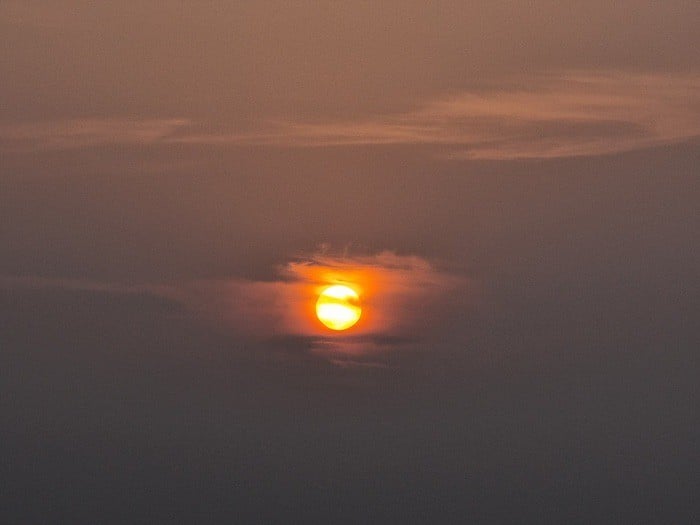 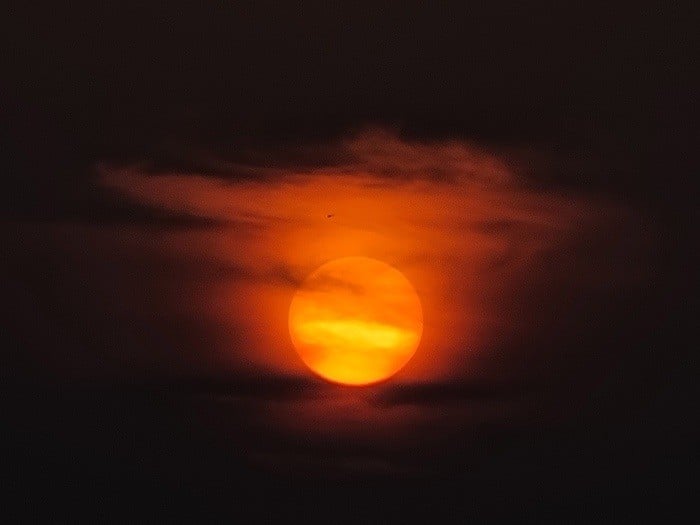 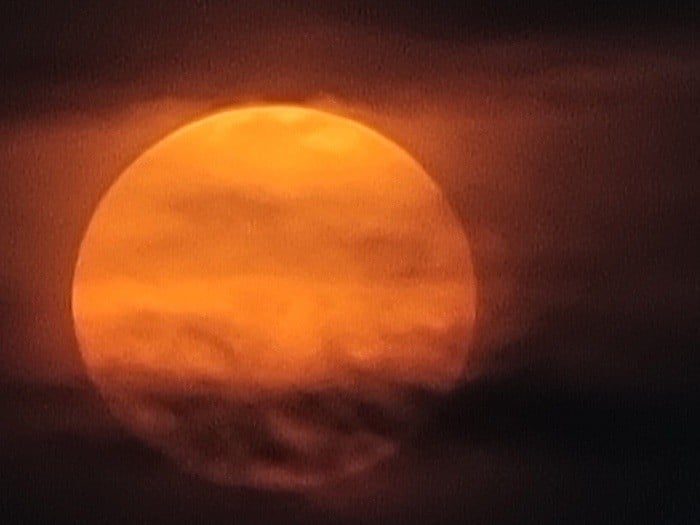 In a neat touch, zooming beyond 20x activates a small “focus box” on the viewfinder showing you a smaller view of the scene. Tapping on it brings the camera to focus on the subject in the larger part of the viewfinder as well. It makes the focusing process a whole lot easier. Well, it let us take some shots of the moon, which were surprisingly good by smartphone standards. However, in most other scenarios, the 100x zoom does tend to pixelate the snap a little too much for it to be used regularly. Still, having a phone that delivers decent 20x zoom is itself mind-boggling.

Very good in normal mode too

In terms of routine image quality, the S21 Ultra does a very good job too. Portraits and panoramas looked good, and we got lots of details and bright colors. Speaking of bright colors, we feel that after experimenting with slightly more realistic shades in the S20 series, Samsung has gone for a more punchy color palette, with the pinks and greens jumping out at you. We do not expect to see too many users complaining about that. A few complaints might come from the low light performance of the phone, though. Samsung has refrained from over-processing low light snaps and that leads to some flares at times, and well, those telephoto are not much good at night. You will get good shots but do not expect insanely artificially brightened ones. We are fine with that, but some might not be. Selfies could do with some work on the portrait mode, but again, results were by and large very good indeed. 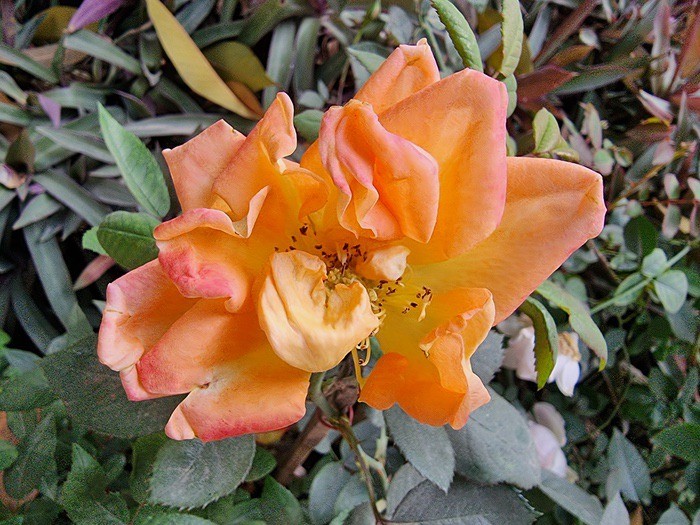 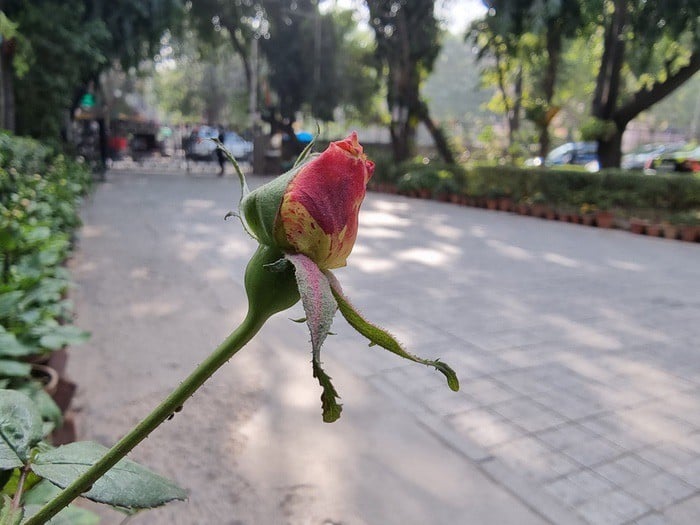 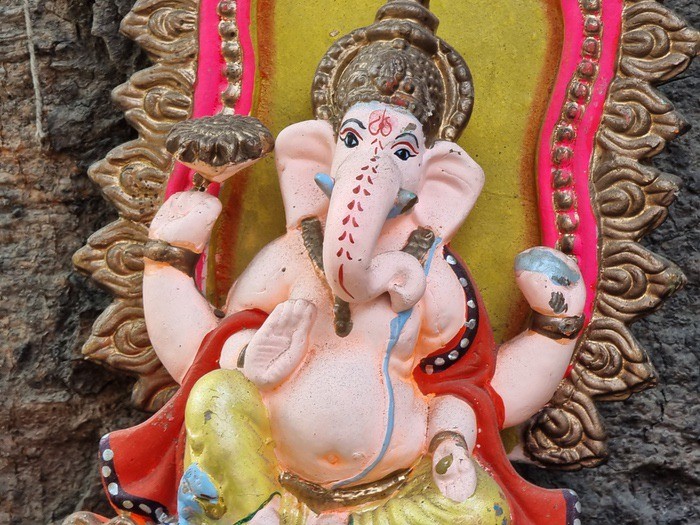 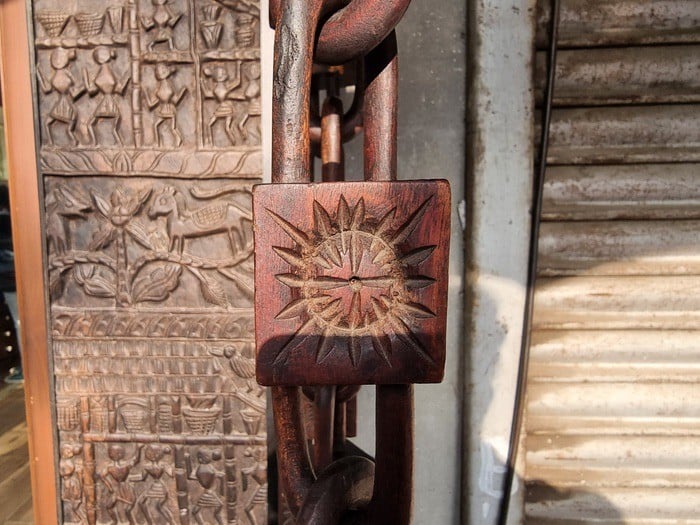 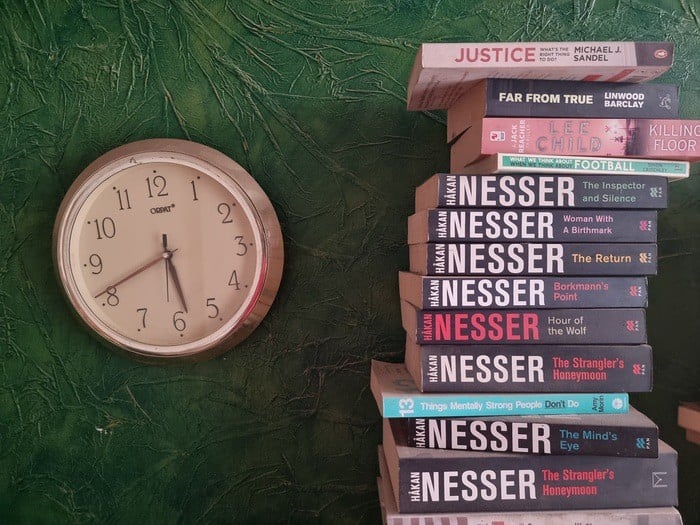 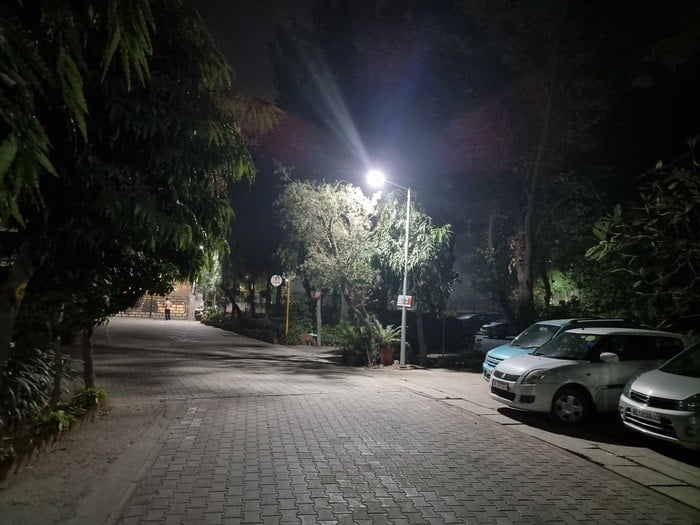 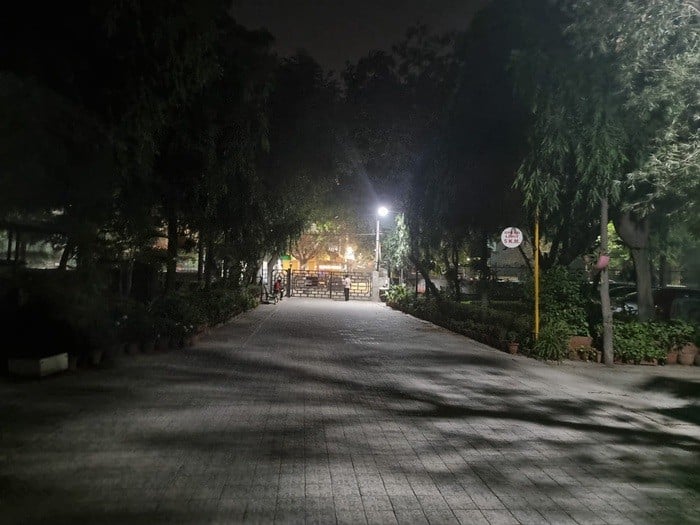 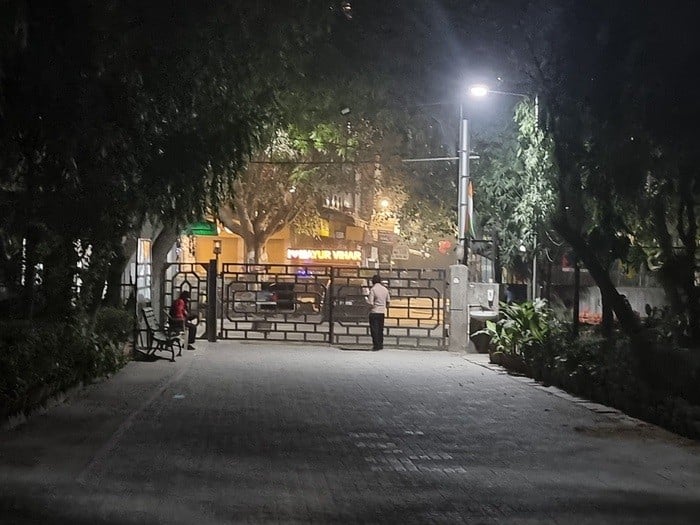 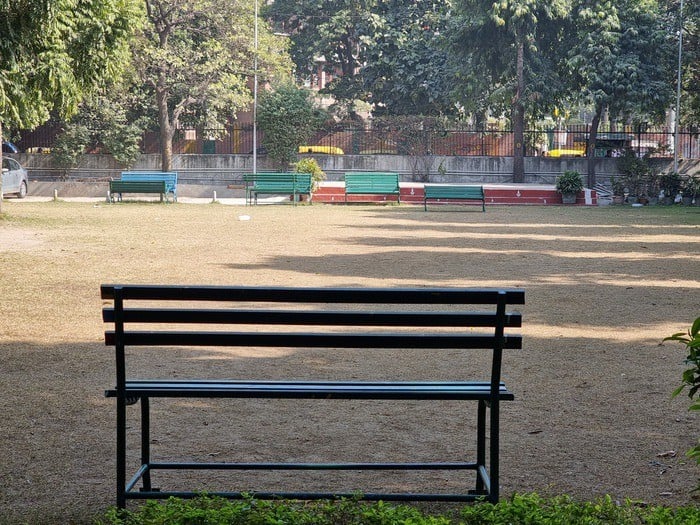 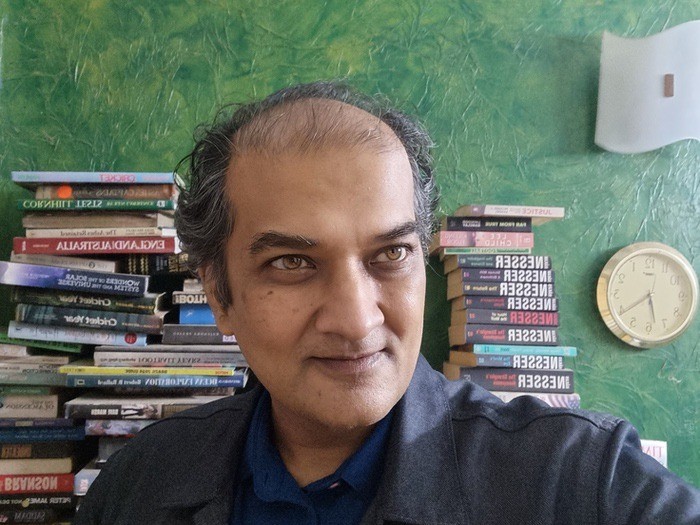 When it comes to video, the S21 Ultra delivers perhaps the best video we have seen this side of an iPhone. The phone supports 8K video recording (getting a display for that is another matter) and also stereo sound recording, and we got some superb videos off both rear and front cameras (the selfie camera supports up to 4K video). There is enough here to let you shoot some very good high-class video, and with Samsung’s editing and shooting options and all that hardware goodness, to edit and upload it as well. Which of course, brings us to the rest of the S21 Ultra…

…And Utra everything else too!

Let us be honest – the cameras are the biggest reason for anyone to go for the S21 Ultra. But they have a very good supporting cast too. The 6.8-inch quad HD Dynamic AMOLED 2X display with a 120 Hz refresh rate that can adjust itself as per the content being played on it, is hands down the best in Android territory. It is wonderfully bright and colorful in the best Samsung tradition. Watching videos and playing games on it is a treat, not least because great visuals more often than not get amazing sound from a very good pair of dual stereo speakers. And yes, the Exynos 2100 handled every task that we set it – from running high-end games to multiple apps to editing videos and images. Yes, there was a hint of heating around the camera unit when we shot a lot of zoomed-in snaps and videos, but never to the extent to worry us. 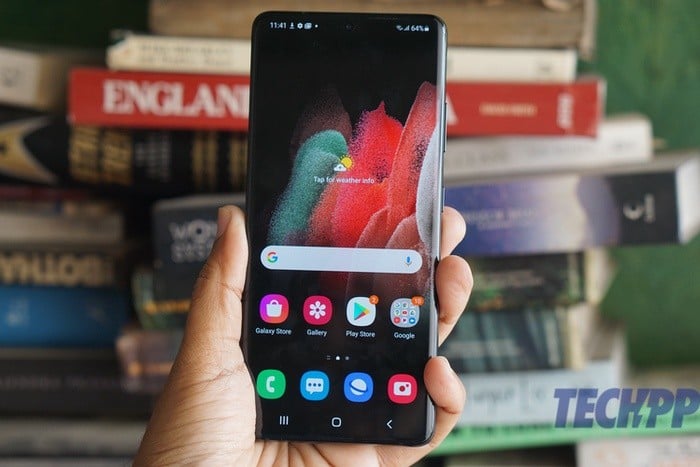 The phone runs on Samsung’s OneUI on top of Android 11. And if you dodge the suggestion to install additional apps at the beginning, you will get a rather clean experience. The in-display fingerprint scanner is one of the better ones on a Samsung device but still seems sluggish in comparison to the ones we have seen on the sides of many devices – we do hope Samsung takes that route in the future too. The phone is well stacked in terms of connectivity and (Wi-Fi, Bluetooth 5.2, GPS, and NFC too) yes, it comes with support for 5G as well.

Big battery with fast charger and no charger…

Making all this tick for a reasonable while is the task of a 5000 mAh battery that comes with support for 25W fast charging as well as wireless charging. There is, however, no charger in the box. The absence of a charger is something about which we have spoken enough in the past. Suffice to say, we are not great supporters of it, and given that other players in Android come with high-speed adapters, it would have been good to see one here. And before you ask, there are no earphones either. And there is no support for memory cards (which is a mild quibble, given its absence from a number of flagships). 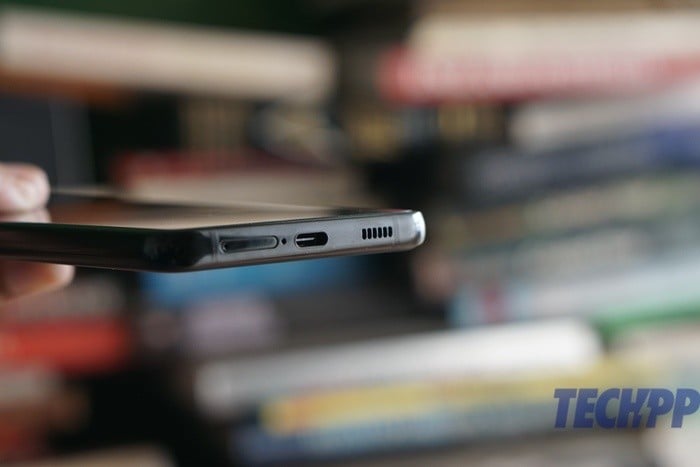 Battery life itself is decent if you turn down the resolution of that massive and bright display but if you keep it maxed out, you will be able to see off a day of normal to slightly heavy usage – which is a little low by Android flagship standards. Wireless charging is supported too, but we would suggest investing those funds in a decent fast wired charger anyway.

The S21 Ultra comes with support for Samsung’s S Pen stylus but there is no slot for it in the device itself, a hint at the Note being safe for the moment, we assume. Although we have not had the opportunity to test out the stylus, we think its extension beyond the Note range is a great move, as it simply is one of the most versatile accessories we have used. It also adds a touch of exclusivity to the Ultra, making it more worthy of the premium tag it carries.

Take any colour…as long as it is black 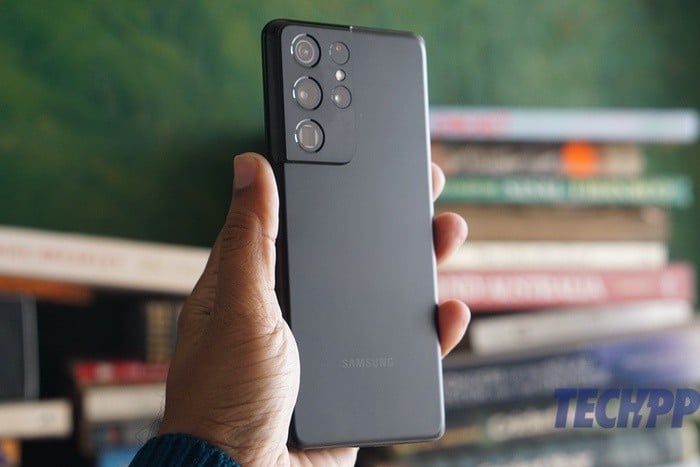 Yes, we left the looks for last. We have discussed them in detail in our first impressions and to summarise them, the S21 Ultra is this sleek, slightly heavy, slab of a phone with a very distinct camera unit jutting out from it. Just how much you like its appearance will depend on your fondness for that camera unit placement – love it or hate it, it sure makes the phone very distinct. The phone comes encased in metal and Corning Gorilla Glass Victus and has an IP68 dust and water resistance rating. It comes in a number of shades and cuts a very impressive picture.

We would recommend any color…as long as it is black. Phantom Black. Oh yes, THAT shade looks THAT good. Puts the others in the shade. Throws shade on them. Black Beauty. Dark and Handsome…we could go on. 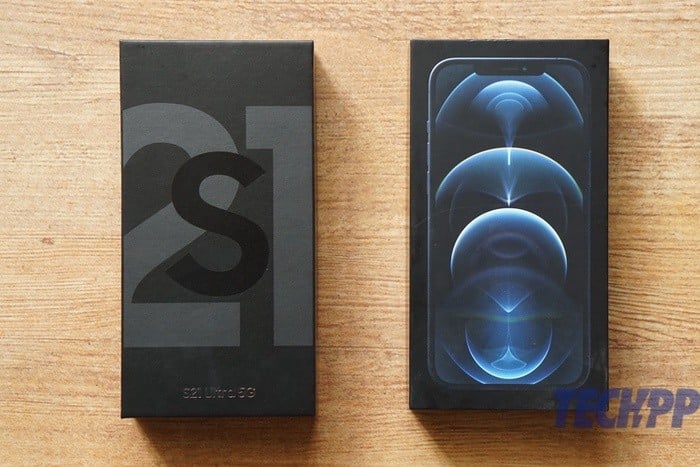 The Galaxy S21 Ultra starts at Rs 1,05,999, which makes it perhaps the most expensive non-foldable/beta-as-product Android phone around and easily the most expensive flagship from a major brand. The big question of course is whether all this is worth that very stiff price tag?

A one-word answer to that question: YES.

For, there’s nothing quite like the S21 Ultra. Yes, we have a few 108-megapixel phones, but none are capable of delivering the sort of performance the ones on the Ultra do. We also have displays with comparable refresh rates, but again, nothing quite matches what this one has. And while there will be no end to Exynos vs Snapdragon debates, the simple fact is that we never felt we were using an underpowered device. You might get some phones that charge faster and some folks might hew and haw about expandable memory, but when it comes to performance, cameras, display quality, and sound, the S21 Ultra is in a very different zone. A zone where it has literally no competition.

Of course, comparisons with the iPhone Pro series will be made. But that is a very different ecosystem and a very different device. Of course, we will be pitting them against each other in the coming days. As of now, we can safely say that if you want a terrific Android phone and budget is not an issue, the Galaxy S21 Ultra is the device for you.

It will stretch your palms. It will shrink your bank balance. But it will do things that no other Android phone out there can do.

It is in many ways to Android what the iPhone 12 Pro Max is to iOS:

Review Overview
Was this article helpful?
YesNo
TechPP is supported by our audience. We may earn affiliate commissions from buying links on this site.
Read Next
Nothing Ear (Stick) Review: A treat for the eyes… and ears too!
#exynos 2100 #review #samsung #Samsung Galaxy S21 Ultra 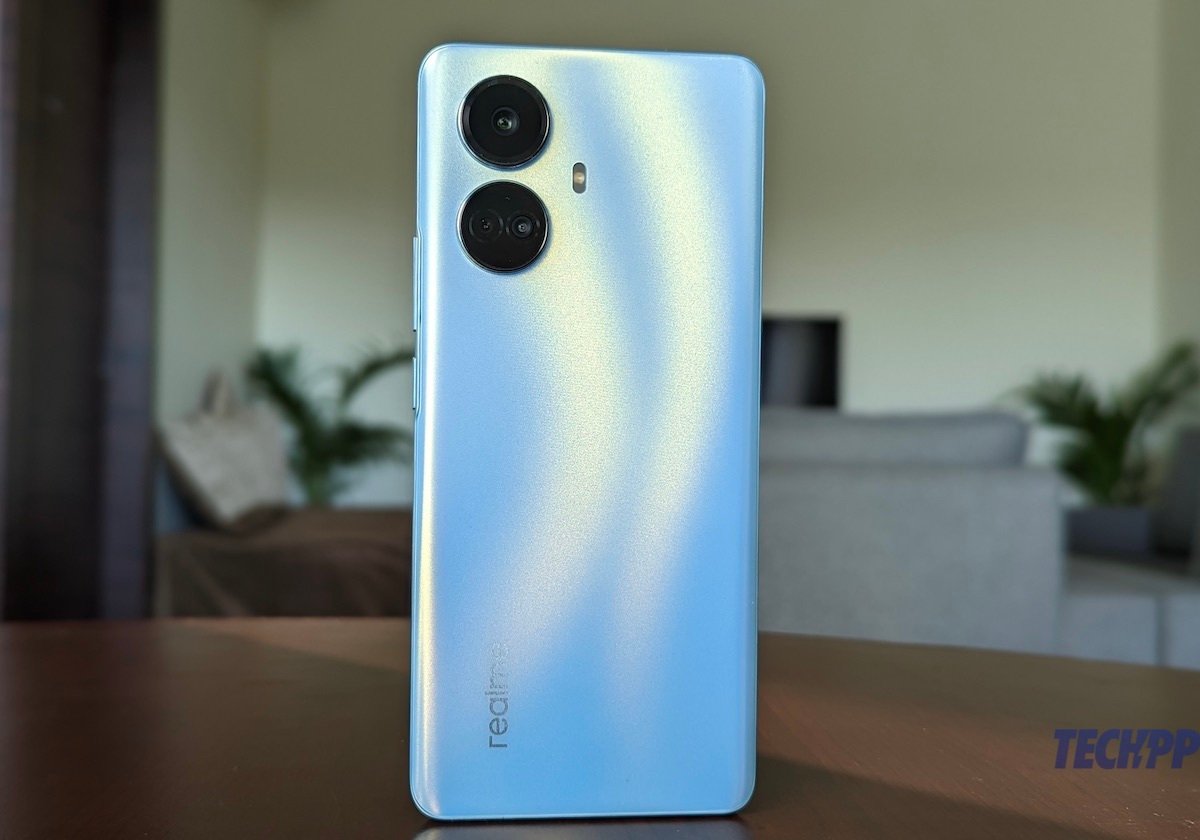