Samsung debuted the Galaxy M02s globally last month as its first launch for the year. Today, the company has announced a watered-down version of the same, the Galaxy M02, in India. The M02 is Samsung’s latest affordable smartphone and a successor to the Galaxy M01. Some of its highlights include a 6.5-inch display, a quad-core MediaTek processor, a 5000mAh battery, and dual rear cameras. 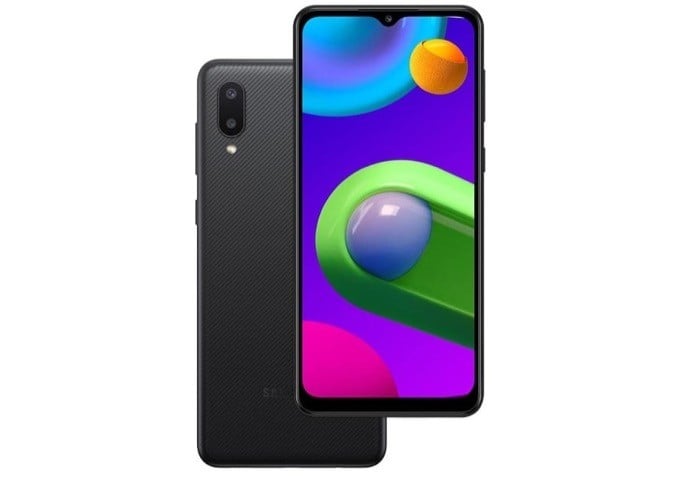 In terms of design, the Galaxy M02 appears to have a textured finish on the back and comes in four colors: Blue, Gray, Red, and Black. Towards the front, it has a 6.5-inch HD+ (LCD) display with a teardrop-style notch to house the front-facing camera.

In terms of performance, the Samsung Galaxy M02 runs on MediaTek MT6739W, which is a quad-core processor with up to 1.5GHz of clock speeds and a PowerVR GE8100 GPU for handling graphics. To assist the processor, there is 2GB / 3GB of RAM and 32GB of onboard storage. The storage can be expanded up to 1TB with a microSD card. To power the internals, the device includes a 5000mAh battery.

As for other specifications, the M02 supports dual 4G VoLTE, Wi-Fi 802.11 b/g/n, and Bluetooth 5.0. It comes with a 3.5mm audio jack and a micro-USB port. On the software front, the phone runs on Android 10 with Samsung’s OneUI on top.

For optics, the Galaxy M02 sports a dual-camera setup on the rear with an LED flash. The setup includes a 13MP primary sensor with an f/1.9 aperture and a 2MP macro lens with an f/.24 aperture. On the front, it has a single 5MP shooter with an f/2.0 aperture.

The Samsung Galaxy M02 starts at Rs 6,999. It will be available at an introductory price of Rs 6,799 initially and will go on sale from February 9 on Amazon India.