While working on your computer, a lot of the time, you may find the need to use multiple apps or multiple instances of a single app next to each other. Be it to refer to documents while writing posts or to write code while checking out some documentation — there are numerous reasons you might want to multitask with multiple apps at once. But the general idea behind the approach is the same: to avoid the hassle of jumping between different windows and work efficiently. 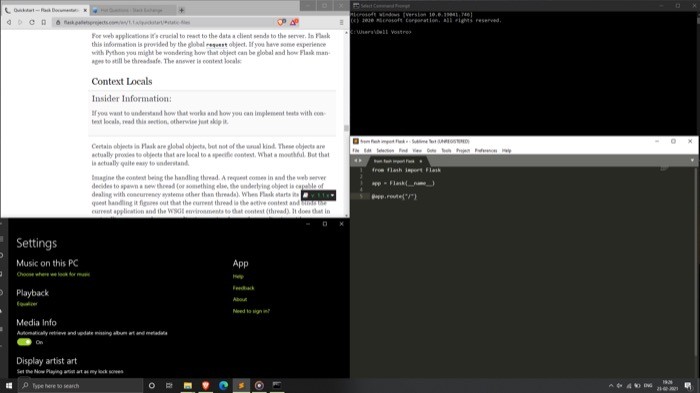 Similarly, if you have a large screen monitor or a multiple monitor setup hooked to your computer, you can leverage the extended screen estate to use multiple apps at once and get a lot more done.

Unlike Apple, which restricts the number of apps you can run side-by-side on Mac (using split view) to just two, and thus requires users to use third-party window manager apps, Microsoft’s Windows 10 operating system offers different split-screen options natively to allow you to work with multiple apps (or instances of apps) at once. So you can use these different layout options to tile your apps at your preferred space on the desktop to increase your productivity.

What is split screen on Windows?

Split-screen is a built-in feature on Microsoft’s Windows operating system. It lets you split screens on your desktop to use multiple apps at once. Split-screen works by utilizing snap assist. 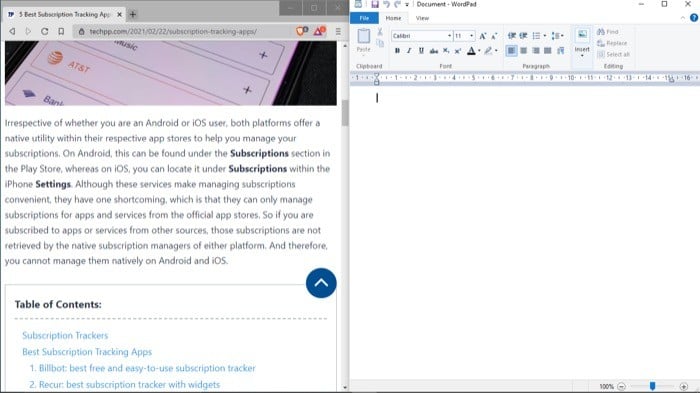 Snap assist, for the uninitiated, is a window management functionality. It was first introduced with Windows 7 with limited options. However, over the years, Microsoft slowly made some improvements, and with Windows 10, it finally introduced new changes to extend the scope of use and offer users better control over managing windows on their desktop.

How to split screen on Windows 10

Unlike other versions of the Windows operating system, which have the snap assist feature enabled by default, Windows 10 requires you to turn on the feature before you can start managing your windows. 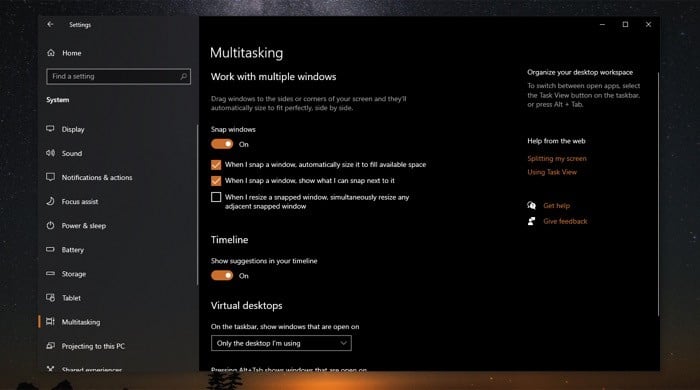 Once the snap windows feature is activated, you can start managing your desktop to your preference and have multiple apps running side-by-side. Here’s how.

1. Open the apps you want to tile up in a split-screen view. [Make sure they are not in the full-screen mode/maximized.]

3. Using the above step, you can arrange as many as four windows at once, at all four quarters of the display. In this case, you need to hold and drag a window to the top-left, top-right, bottom-left, or bottom-right of the screen to snap it there. 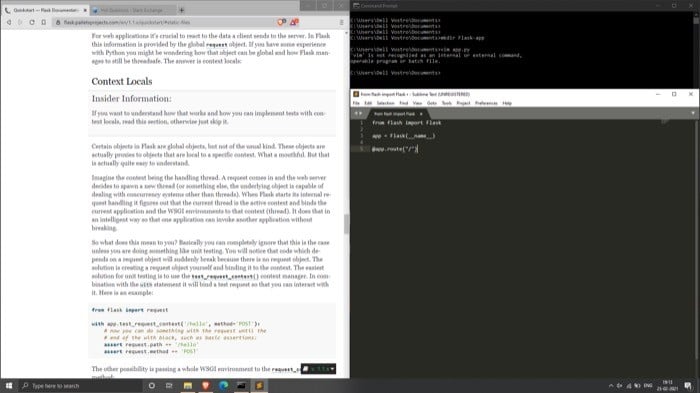 If you prefer using a keyboard to perform various actions, you can use it to split screen as well. For this, have all the apps you want on the screen and highlight the window you want to move. You can do this using the Alt + Tab key shortcut. Once highlighted, hit the Windows + arrow (left, up, right, and down) keys together to move the window arrow to different parts of the screen.

For example, if you want to tile an app window to the right half of the screen, hit the Windows + right arrow key to set it in place.

How to switch between tabs/windows?

Once you have your app windows set in place, you can switch the active window/tab using the Alt + Tab shortcut. For this, press and hold the key combination to scroll through the apps and release it on the app you want to select.

Get more done with PowerToys FancyZones

While the native snap assist feature lets you split your screen into different segments and tile your app windows to your preferred positions; it falls short of the customizability options offered on some of the best window management services. This is where FancyZones comes in. 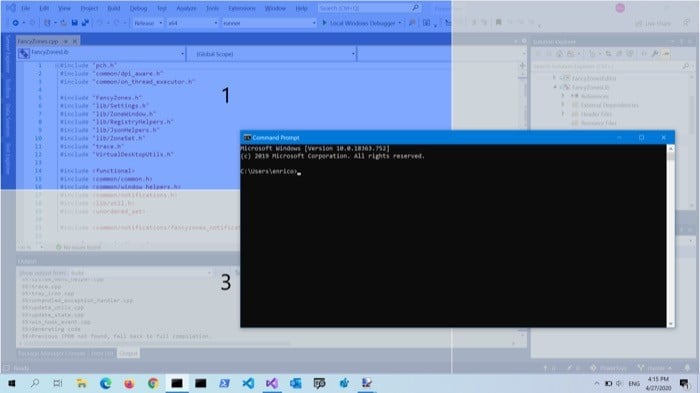 FancyZones is part of a set of utilities in Microsoft’s PowerToys tool. It offers a wide variety of layouts to arrange your windows, along with a host of other customization options. That way, you can manage your desktop to your preference and improve your multitasking experience.

TIP: In addition to using multiple apps at once on your Windows desktop, there is another neat trick you can take advantage of to manage your workflow better. Most operating systems, including Windows 10, offer virtual desktops (or workspaces), which are basically additional desktops that you can work on, just like regular desktops. However, if you manage to put them to use effectively, you can get more out of the functionality. 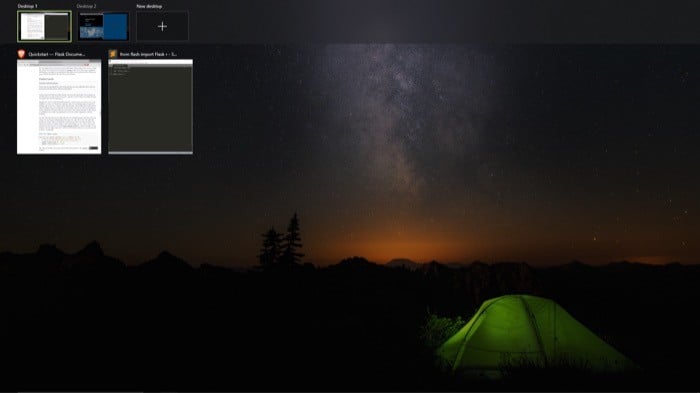 We recommend using virtual desktops to organize all the different apps and services you use in a day. For instance, if you use a set of apps for work, you can have them on one virtual desktop and all your other casual apps (communication and social media) on another. That way your work and personal apps stay isolated on different desktops, and you do not have to succumb to distractions. And of course, whenever required, you can switch between your virtual desktops using the Windows + Tab shortcut.

Was this article helpful?
YesNo
TechPP is supported by our audience. We may earn affiliate commissions from buying links on this site.
Read Next
How to Split Screen on Chromebook [3 Easy Ways]
#how to #how to guide #powertoys #windows #Windows 10