Redmi Note 10S Review: Note-able, but not a Killer!

The offspring of the Plain and the Pro

“It is not typical Redmi pricing.”

Those were the words of our CEO, Raju PP, when Xiaomi announced the price of the Redmi Note 10S. Now, at Rs 14,999, the phone was very competitively priced. But then Redmi is not known for competitive pricing. It is known for killer “the-competition-has-nothing-remotely-like-this” pricing. And the Note 10S seemed to be just short of it. It was very competitively priced, we repeat, but the likes of Realme and Samsung (its main rivals in the zone) would have been more concerned than rattled by the device‘s price tag. 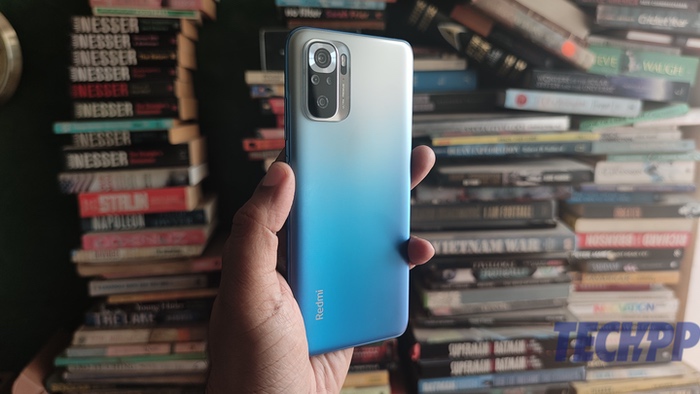 In short, the Note 10S is like the offspring of the Note 10 and the Note 10 Pro, inheriting appearances from the former, and some specs from the latter. Oh, and it comes with a special touch of its own as well. The big question, of course, is where does it fit in what is now getting to be a rather large Note universe – it is the fourth device in the series?

In terms of appearance, as we pointed out in our first cut of the device, the Redmi Note 10S is very much the Redmi Note 10. It has the same proportions – 160.46 x 74.5 x 8.3 mm – and even weighs exactly the same, 178.8 grams. And well, if you liked the design of the Redmi Note 10 (we did), you will like this one too. It is not the smallest phone around and some might turn their noses up at the carbonate back, but we think it is a very smart-looking device, and the Deep Sea Blue with its subtly changing blue shades is a very striking color. Of course, it being splashproof just like the Note 10 (an IP53 rating) helps its cause. 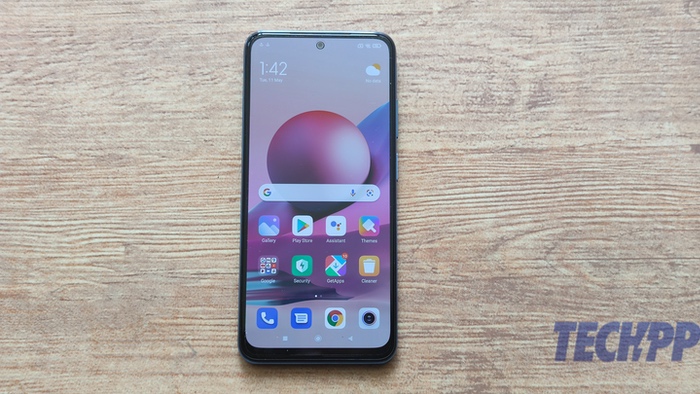 Inside that Note 10-like shell, lies some very interesting hardware. The display is a 6.43-inch full HD+ Super AMOLED one, with a refresh rate of 60 Hz, but it is the processor that is interesting. This is the first Note in the 10 series to come with a MediaTek processor, the Helio G95, which we have seen in a number of Realme devices and which is known mainly for its gaming prowess. Then come the similarities with the Note 10 Pro – the base variant is 6 GB/ 64 GB and the highest variant is 8 GB/ 128 GB. There is also a 64-megapixel main sensor at the back, although the three accompanying it are similar to the ones on the Redmi Note 10 – an 8 megapixel ultrawide, and a pair of 2-megapixel cameras, one each for depth and macro. The battery is at 5000 mAh and there is a 33W charger in the box.

Finally, there is one feature of the Note 10S that none of its siblings have – MIUI 12.5 running on top of Android 11. This is the first phone from Xiaomi in the country to come with MIUI 12.5 installed on it, an interface that Xiaomi claims is one of the cleanest around.

…all of which add up to a Note-worthy performance 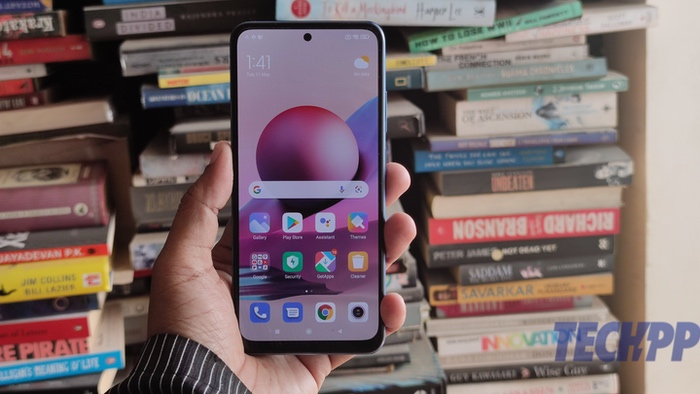 How does it all work together is the big question? And the answer, not surprisingly (hey, this is a Note) is: very well indeed. The Helio G95 has a proven track record in gaming, and well, when it comes to that department, the Note 10s easily outguns the Note 10. We were able to play games like the Asphalt series and Call of Duty at high settings, and while the experience was not as smooth as on the Poco X3 Pro (which is the gold standard for gaming phones below Rs 20,000), it rivaled what we had seen on the Note 10 Pro. The display is bright, and while it tends to be a little oversaturated, it does make for very pleasant viewing. Throw in stereo speakers (again close to what we got on the Note Pro) and you have a phone that is superb at multimedia.

The camera performance is also decent enough. The 64-megapixel main sensor does capture more detail than the 48-megapixel one on the Note 10, but we found color reproduction to be not quite as good as on the Note 10 Pro or even the Note 10. At times we got really bright colors, and at others, they seemed a little dull. There were also a few focusing issues, with sometimes the central part of the image looking fuzzy. The ultrawide is decent enough for basic landscape shots, but the other two cameras are really more for decoration – it is a pity the 10S does not get the very usable “telephoto macro” from the Pro series. The front-facing 13-megapixel camera also delivers social media-friendly selfies but is not as good as the 16-megapixel camera on the 10 Pro. Low light performance is middling, with colors looking good but not much detail being captured. All said and done, you get decent cameras in good lighting conditions, but nothing spectacular. 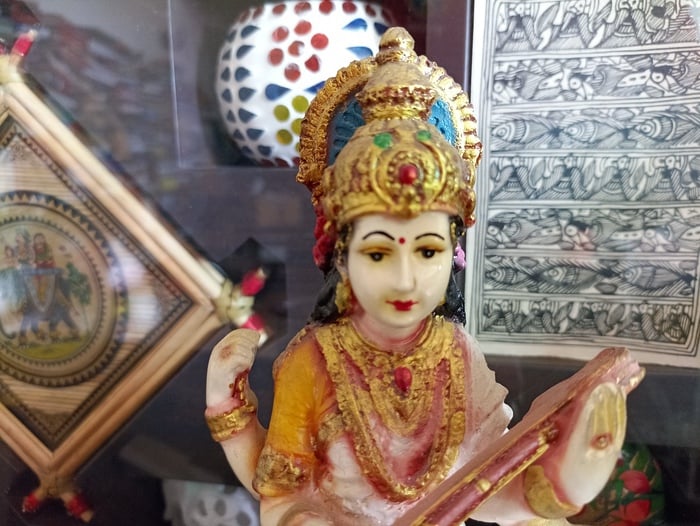 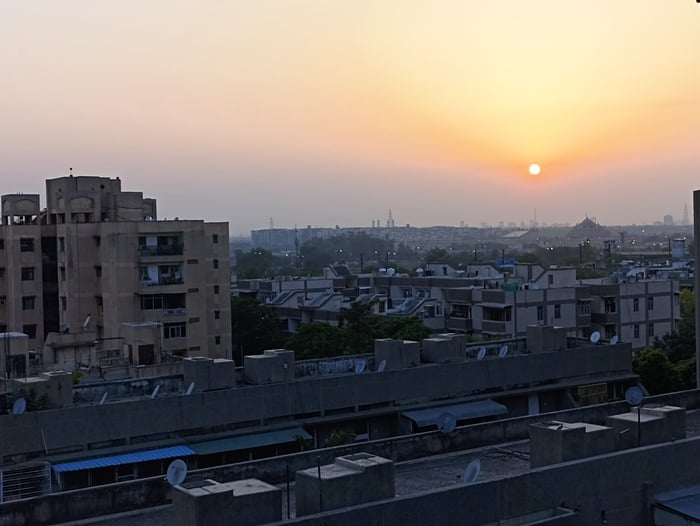 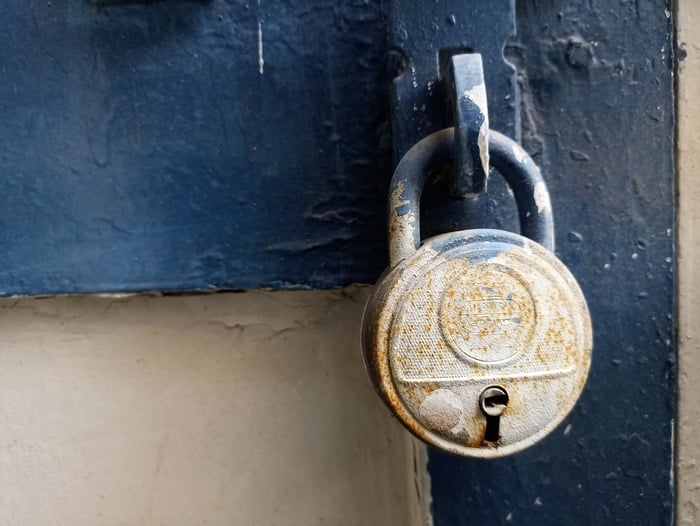 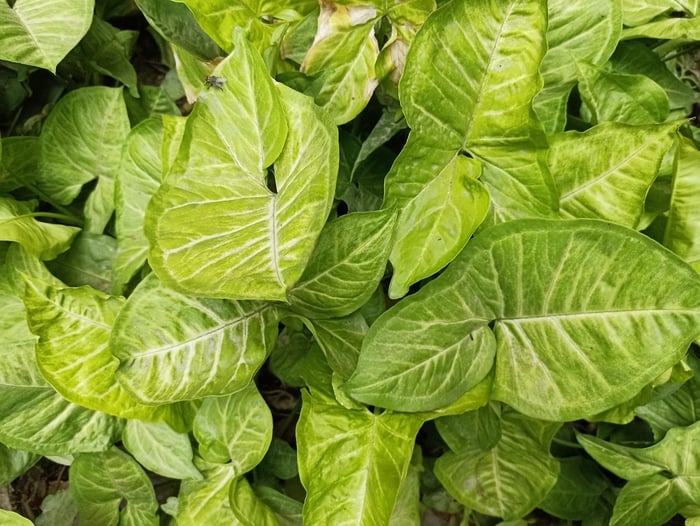 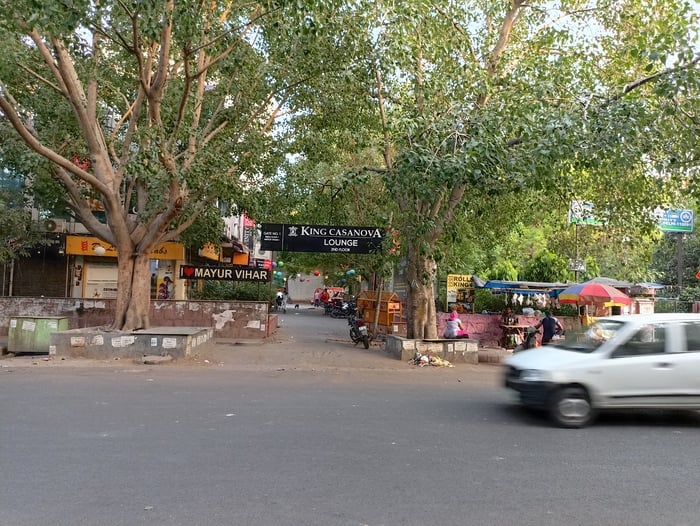 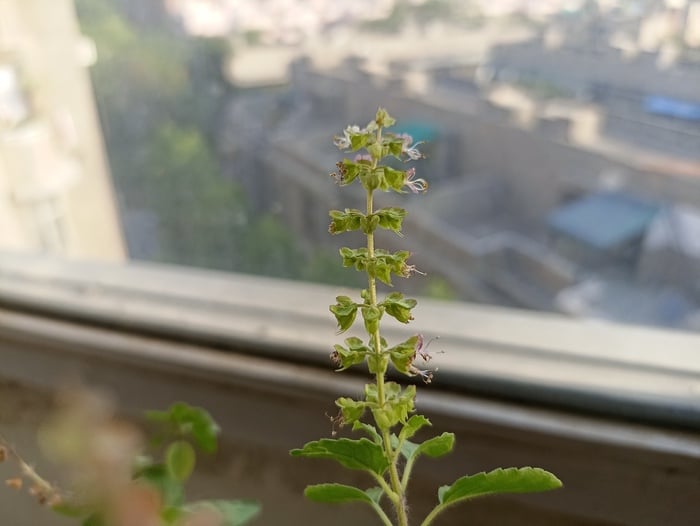 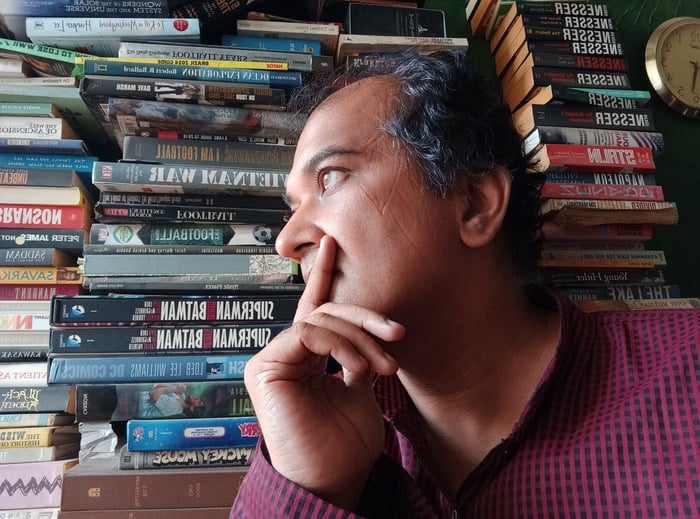 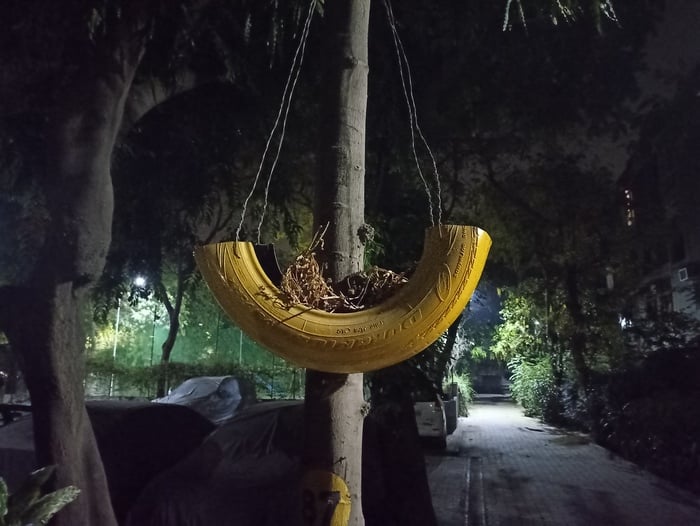 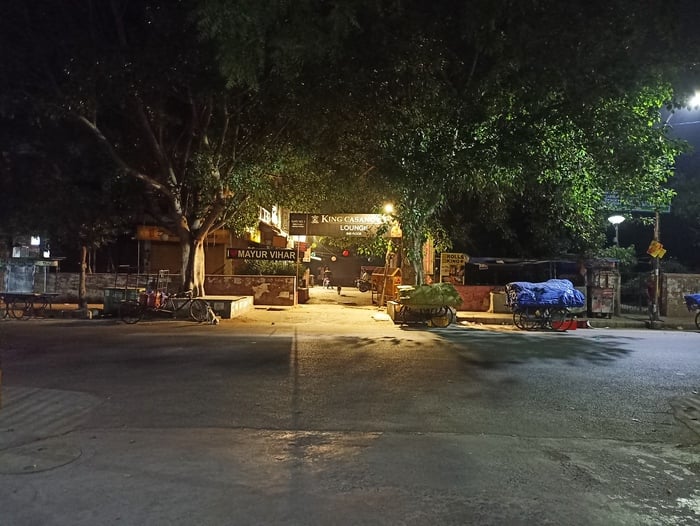 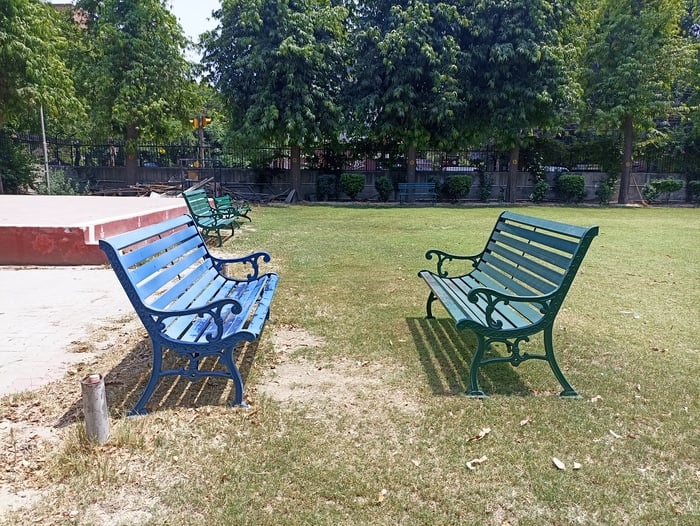 Finally, what of the one feature-edge the Note 10S has over the others in the series – MIUI 12.5? Well, from what we have seen so far, it definitely seems to be a very clean UI. We have not encountered any ads on it yet, and yes, Xiaomi has given us the option to uninstall more apps than before (including some Xiaomi apps such as Remote). We did encounter a few lags in the Gallery app sometimes, with a few lags but we were told that the version of MIUI 12.5 on our devices was not final and would be updated later. Things did generally seem to be very smooth and the new Notes app is powerful enough to be called a mini word processing tool, with its ability to generate mind maps and accommodate finger-drawn sketches. The good thing is that while MIUI loses some of its bloat, and seems a little smoother, it still comes with a number of handy features to make it very user-friendly. It remains one of our favorite Android UIs and if the ads stay away, it could live up to its potential to being the best Android UI around.

Facing an un-Note-like battle on its hands 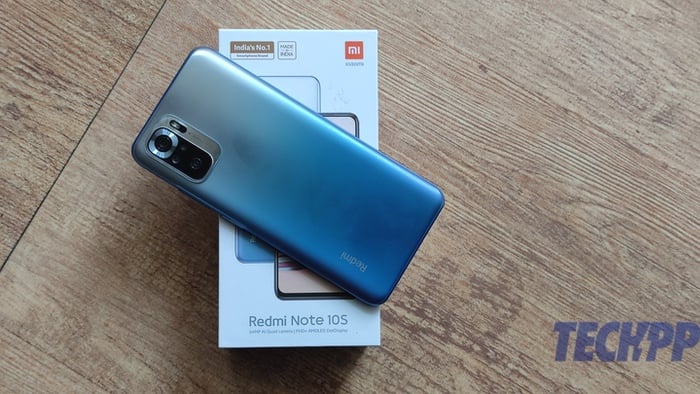 There is no doubt that in most terms, except for the battery, the Note 10S is an upgrade over the Redmi Note 10, albeit at a higher price – it starts at Rs 14,999 for the 6 GB/64 GB variant and comes for Rs 15,999 for the 6 GB/ 128 GB one. But it is also a step behind the Note 10 Pro which scores with a higher refresh rate display, better overall camera performance, and comes for an additional Rs 1,000. Which places it perhaps in the area Xiaomi wanted it to be in – between those two devices, although not exactly in the middle, as the price places it too close to the Note 10 Pro.

Notes apart, the Note 10S also gets right into the zone of the very similarly configured Realme 8, which also starts at Rs 14,999 but has a rather curious 4 GB/ 128 GB base configuration, offering lesser RAM but more storage than the Note 10S. 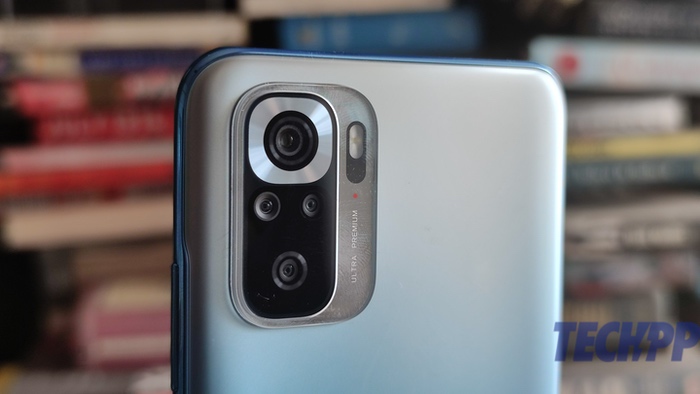 And then there is perhaps its biggest headache – the Poco X3, which comes with a Qualcomm Snapdragon 732 processor, a bigger display with a 120 Hz refresh rate, better cameras, and a bigger battery for exactly the same price (Rs 14,999). Another Snapdragon 732G driven device in the path of the Note 10S is the Moto G40 Fusion, which has a 6.8-inch display with a 120 Hz refresh rate and comes with a reasonably good camera arrangement, a big battery, and of course, the joys of a near-stock Android interface. There are also the older but still formidable Samsung Galaxy M21 and M31, for those who want the Samsung brand name and experience.

It has been a long time since we have seen a Note face this sort of competition. And the Note 10S to be fair, turns in a very good performance, especially for those interested in gaming. Thanks to its price, however, it is not quite the overwhelming favorite in its zone that its siblings are.

See what we meant by “not typical Redmi pricing?“