Missing those live concerts and artist performances that you otherwise would have attended had it not been for this pandemic? Well, nothing can quite replace that, but Imagine a music experience that’s on your headphones or speakers that’s so immersive that you feel the audio almost moving when you physically move. That is exactly what Apple promised at WWDC21 when it announced Apple Music Spatial Audio with Dolby Atmos support. The feature was rolled out in the USA a while ago and has now made its way to India. 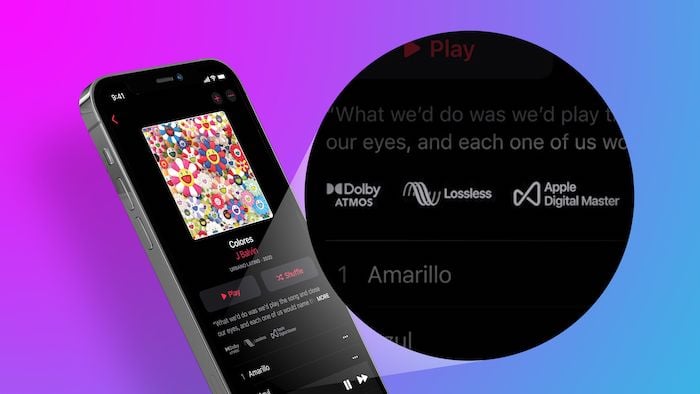 Dolby Atmos is THE technology when it comes to surround sound and has almost become synonymous with immersive sound experience. Apple’s Spatial Audio sound technology tracks your head and position with respect to the sound and uses that to create a shift in your audio so that you “feel” the audio move when you move. When combined with Dolby Atmos, this will give you an illusion that you are in a live location or a live concert where you feel the sound shift along with you.

In short, Spatial Audio with Dolby Atoms promises to take your music experience from two dimensions to three dimensions, which basically means that you get a theatre-like audio experience where you feel like audio is coming from all around you.

What do you need to experience Spatial Audio with Dolby Atmos?

If you have an Apple Music streaming service subscription, you can select songs that come with Spatial Audio and Dolby Atmos audio technology, as not all songs support this function. You do not need special headphones to experience the Spatial Audio feature. It works with both wired and wireless headphones. That said, it does tend to work best with Apple devices. As of now, it works with AirPods Pro, AirPods Max, AirPods, Beats X, Beats Solo 3 Wireless, Beats Studio3, Powerbeats 3 Wireless, Beats Flex, Powerbeats Pro, and Beats Solo Pro.

How to activate Dolby Atmos on iPhone or iPad:

How to turn on Spatial Audio on Mac

The process to turn on Spatial Audio on a Mac is a pretty simple one as well.

Note: Apple will be introducing the head tracking feature in Spatial Audio with iOS 15, which is responsible for the shift in sound with the movement of your head. This feature will not work with third-party headphones and will only work with AirPods Pro or AirPods Max as they come with gyroscopes sensors in the AirPods for movement tracking.

1. How to listen to Apple Music Spatial Audio on third-party headphones?

Let us repeat what we mentioned earlier. You do NOT need any special headphones to experience the new Apple Music Spatial Audio feature. It will work on both wired and wireless headphones, even those not made by Apple. You just need to use those third-party headphones paired with/connected to a compatible Apple device like iPhone/iPad/Mac. No AirPods or Beats headphones are required.

2. How to turn off Apple Music spatial audio?

In case you don’t like the Spatial Audio feature, you can turn it off on your iOS/iPadOS/macOS device. On iOS and iPadOS, go to Settings >> Music >> Audio >> Dolby Atmos and select OFF to switch off Spatial Audio.

On macOS, open the Music app, open Preferences, and select the Playback tab. Scroll down to the Audio Quality section and look for Dolby Atmos over there. Choose ‘OFF’ to switch off the Spatial audio.

3. How do I know I’m listening to Spatial Audio on Apple Music?

The Now Playing screen beneath the album artwork has either a Dolby Atmos or Dolby Audio logo on it.

4. Does spatial audio work on speakers?

Yes, you can hear Dolby Atmos music using the built‑in speakers on a compatible iPhone, iPad, MacBook Pro, Macbook Air, or iMac, or by connecting your Apple TV 4K to one of the following: HomePod speakers set up as the default speakers, a Dolby Atmos compatible soundbar, a Dolby Atmos-enabled AV Receiver, or television that supports Dolby Atmos audio.

Yes, Apple has updated the Apple Music app on Android to support lossless audio and Spatial Audio on Android devices as well. While the features aren’t explicitly mentioned on the changelog, it’s confirmed that they are part of the new app update that’s rolling out (version 3.6+). It’s not clear what the “compatible devices” are that can run Spatial Audio on Android. We will update this article as and when that’s made clear.

Was this article helpful?
YesNo
TechPP is supported by our audience. We may earn affiliate commissions from buying links on this site.
Read Next
How to Install and Use Intel Unison App on Windows, Android and iOS
#apple #Apple Music #audio #how to guide #Spatial Audio