Elder siblings can be a real pain. No matter what you do, that elder brother or sister is the benchmark you have to beat. It does not matter what you achieve, there will always be someone piping up “But so and so (your sibling) did this!” To have an elder sibling is to be consigned to a life of constant and often not-very-favorable comparison. 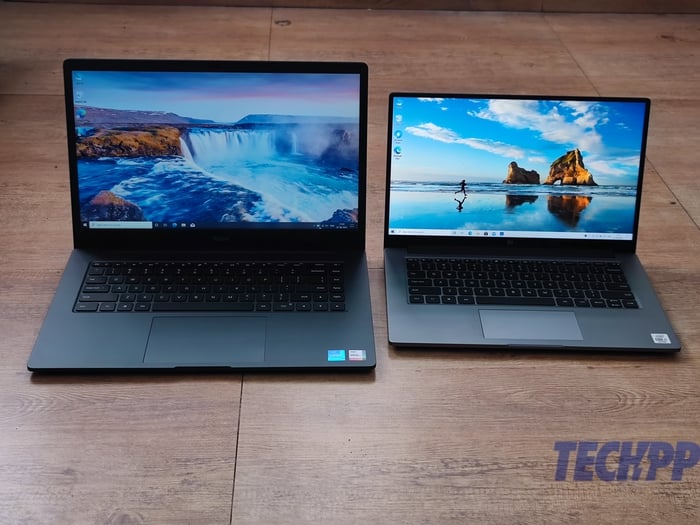 The RedmiBook 15 Pro (hence referred to as the RedmiBook for the sake of simplicity) will know exactly what we are talking about. Xiaomi’s latest notebook cuts a very impressive figure not just on paper but also in real life. This is too early to talk of its performance, but it does tick a lot of spec boxes – a 15.6 inch full HD display, the 11th Gen TigerLake Intel core i5 processor, 8 GB RAM, 512 GB SSD storage, three USB ports (one USB 2.0, two USB 3.2), an HDMI and a LAN port, SD card reader, stereo speakers, a webcam, a massive battery delivering 10 hours of battery life and Windows Home 10.

It is decent looking too. It will not turn heads with a radical design – it sticks to the classic notebook fold and open design, and it is made mainly of plastic, although with a smart brushed metallic finish (with the name written rather stylishly and subtly). But it is still impressively slim (19.9 mm) and even though it is by no means a small notebook (363.8 mm long), it is surprisingly lightweight at about 1.8 kg. It has large, comfortable keys with reasonable travel and a remarkably big touchpad (100 square cm).

All of that at a starting price of Rs 49,999 would seem to be quite a deal, right? The competition does not have anything that matches it at the time of writing.

Enter the elder brother, in this case, the Mi NoteBook 14 (Horizon Edition).

With a rather flashy elder!

Launched slightly more than a year ago, the Mi NoteBook 14 marked Xiaomi’s entry into the notebook sector. And it was a pretty premium effort – a unibody metal chassis, a 14 inch full HD display, Intel Core i5, and i7 processors (albeit 10th generation), lots of ports (including a USB Type C), an NVIDIA graphics card, similar 8 GB/ 512GB RAM and storage combinations and battery life and so on. 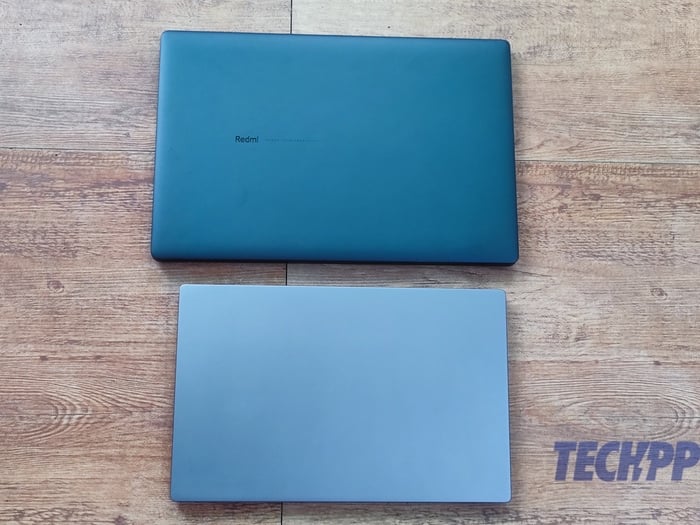 For many, that is perilously close to the RedmiBook. And well, yes, although the RedmiBook does have a larger display and a newer processor (and an integrated web camera), there is no getting away from the fact that the Mi Notebook 14 appears like a much more premium offering with its metal build, greater portability, and well, a surprisingly clean design (there is not even any branding on the top!). And that naturally has fuelled sentiment that the RedmiBook is a little overpriced. 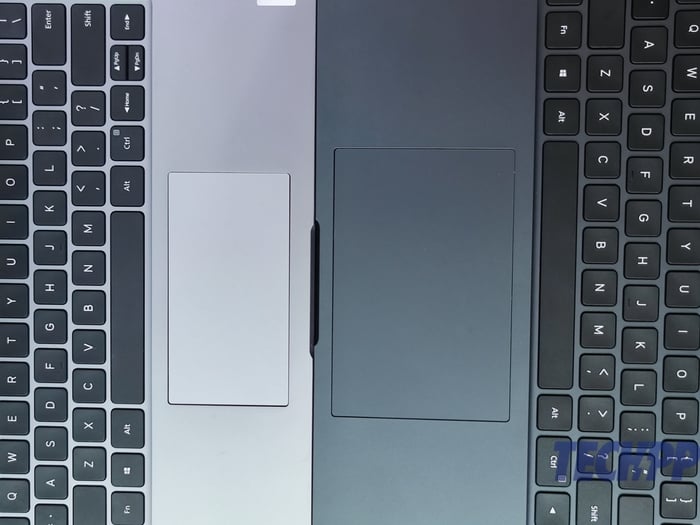 That bigger display, that more spacious keyboard, and most of all, that large touchpad (a pain point in the otherwise superb Mi Notebook 14) bring the RedmiBook closer to a conventional desktop experience than the slightly more cramped Mi Notebook 14. You simply have more space to work, more space to see. That might not appeal to the benchmark loving, spec comparing crowd, but there is a huge audience that wants a device that is a whole lot easier to use and is not obsessed with just lugging a computer around all the time and actually want convenience, to the point of valuing it over being compact. Hey, if that segment did not exist, we would not have notebooks with large displays and keyboards. And to be fair, it is a huge segment – numerically bigger than that which goes for uber sleek, slim, and light notebooks.

It is this segment that the RedmiBook is targeting. We do not think it is trying to be an uber-powerful, uber lightweight notebook oozing power and style. No, we see it as your regular notebook, the one that just turns up and does work and works so well that you sometimes forget it exists. That’s why it comes with options like a LAN port, a card reader, and inbuilt web camera features that the Mi Notebook 14 lacked. That’s why it focuses more on a bigger display, keyboard, and touchpad. The Mi Notebook 14 was all about sleek speed. The RedmiBook is all about comfort and convenience. In an ideal world, we would have all of those in a single device. But then we all know just how ideal the world is. 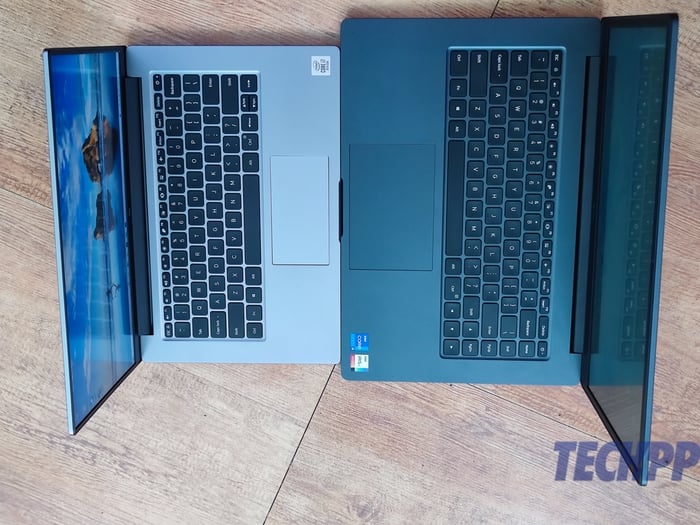 Yes, the pricing might seem rather close at one level, but it would not be fair to really compare the two siblings. It would be a bit like comparing a stylish motorbike with a comfy car. Or AirPods with large, padded headphones that are priced a little higher. All of them do essentially the same thing – the cars and bikes travel, the headphones play audio, and both notebooks allow you to carry out computing tasks.

And yet they all do these things differently. Which is what makes them different from each other.

We will figure out how the RedmiBook 15 Pro performs in our detailed review, which is in the works. But as of now, we would say that it does seem a very promising performer at its price. Yes, it will be compared with the Mi Notebook, which is a little unfair. But that is the price you pay for having an elder sibling.

Elder siblings can be a pain…

Was this article helpful?
YesNo
TechPP is supported by our audience. We may earn affiliate commissions from buying links on this site.
Read Next
Snapdragon 782G vs Snapdragon 778G Plus: What Has Changed?
#comparison #Mi NoteBook 14 #RedmiBook 14 #Redmibook 15 Pro