This is nothing new. Others have been doing this for a long time.

If we had a rupee for every time we have ever heard that statement; we would have earned enough to buy an iPhone 13 Pro Max 1 TB and have enough change left to upgrade it to the newer edition next year as well! We heard it when Apple introduced portrait mode, OIS, dual cameras, live photos, and slow-motion video in its iPhone, and now we hear it again when the brand brought in Cinematic Video in its latest range of iPhones. But well, Apple has actually never been about being first to market with the feature. No, the Master Cyber Chef at Cupertino has been more about implementing an existing feature in a manner that makes it easy to use, and as a result, making it go mainstream. 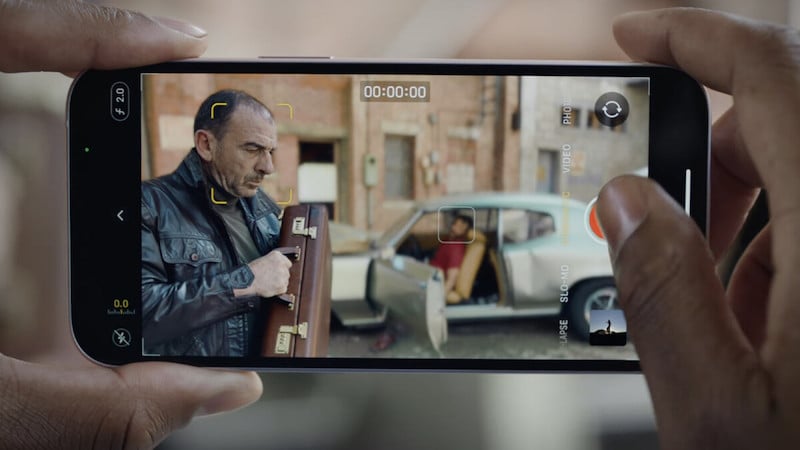 And with the iPhone 13 series, “Cinematic Video” could be the next “this has already been done before” thing to go mainstream. Because as it did with Portrait Mode and slow-motion video, Apple has taken something that already existed but was seen as complicated and made it, well, insanely simple to use.

Now, for those who have been busy in another part of the galaxy recently, Cinematic Video is a new feature on the iPhone 13 series (it is not available on other iPhones at the time of writing). It basically revolves around keeping subjects in focus and blurring out the background, something that is generally not easy to achieve, not just on phone cameras but even specialist ones. What’s more, the focus can actually automatically shift to another person or object, should it enter the frame.

In sum, it is part background defocus, part face tracking, part motion detection, and part artificial intelligence. Now, this is something that generally takes a bit of setting tweaking on most proper cameras and even extensive editing on a reasonably powerful notebook, and Apple claims to have brought it all together on a phone.

It records, it blurs, it focuses, it re-focuses…

And well, rather remarkably, it seems to have succeeded to a very large extent. We have been using the feature on the iPhone 13 and 13 Pro for a while, and well, the way in which the background defocuses and blurs is rather magical. Mind you, it sometimes seems a little too artificial, and if you are going to go pixel peeping, you will notice that parts of the subject occasionally get blurred, or sometimes a bit of the background remains in focus. But by and large, from a layperson’s or even a content creator’s point of view, the results are very, very impressive. We, in particular, got really impressed when the focus moved from a cup of coffee to a guard who was moving into a cafe and then switched back to the cup when the guard stepped back towards the door.

Mind you; it does not ALWAYS work quite as smoothly. The whole “shift focus when someone enters the frame” thing can sometimes be a little hit and miss – at times, the camera did not change focus, but it worked more often than not. But of course, you can quickly fix that by simply tapping elsewhere to shift focus. A long press on the subject will also lock focus on a particular subject or object. Yes, rather oddly, Apple still does not let you pause and resume video recording, and there is only one zoom option, 3X, which again is a little restrictive. You can adjust exposure and aperture while shooting, though. The footage is shot in full HD, though – no 4K from what we could see.

…and it is easy-peasy Apple squeezy (pun intended)

And well, the point our colleague made about the Gallery app being made more powerful by Apple rings true – the ability to shift focus, change the level of blur, as well as do regular stuff like trim video, change orientation and add filters, just from the Gallery app is jaw-dropping.

Mind you, the process can sometimes take a little time, but still, this is the sort of scenario many content creators would dream of – shoot, edit and upload from just one device. More importantly, Apple’s implementation makes the feature easy enough to use by anyone. It brings portrait mode to videos. No, like portrait mode, it is not perfect. But it is accessible to just about anyone with an iPhone. And we think that is perhaps more important – being there for more people than just being the first.

Was this article helpful?
YesNo
TechPP is supported by our audience. We may earn affiliate commissions from buying links on this site.
Read Next
Best Places to Buy Refurbished MacBook or Mac [2023]
#apple #Cinematic Mode #iPhone 13 #Opinion