That is how we described the first phone to be released with the Redmi Note 11 branding in India, the Redmi Note 11T 5G. As we had stressed in our review, while the Note 11T 5G did have the “Note” tag, it did not quite feel like one. Well, the official Redmi Note 11 has now arrived in the Indian market. Does it live up to the Note tradition? 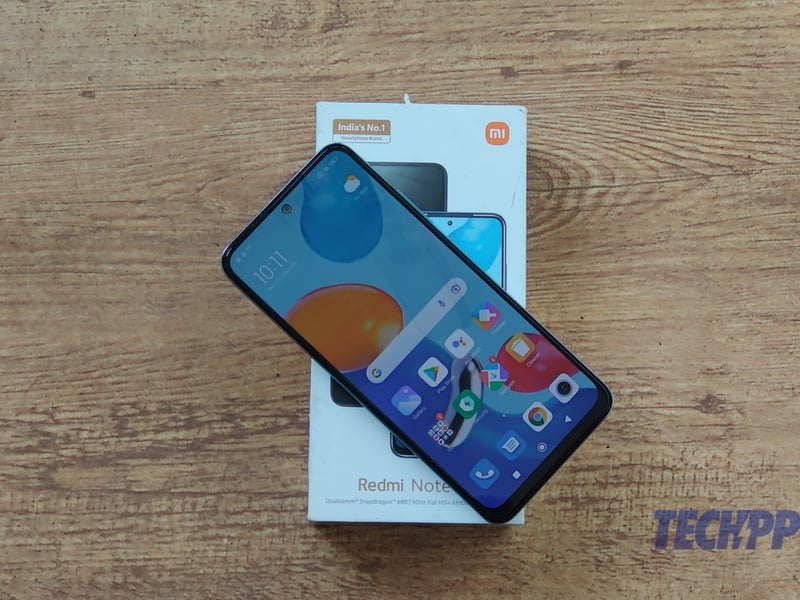 The Redmi Note 11 is more about convenience than catching the eye in terms of appearance and design. We were surprised by how slim and relatively light it was, given that it comes with a large battery. In terms of size, it is 159.87 mm tall, 73.87 mm wide, and a very impressive 8.09 mm thin. It is slightly more compact than the Redmi Note 10, which has the same display size. At 179 grams, it is almost the same weight as well. Not very lightweight, but relatively light, given its innards.

Take away the slimness and slightly more compact (it still needs two hands to be used) form factor, however, and the Redmi Note 11 seems rather routine in appearance. Xiaomi has been talking about its EVOL design language for more than a year now. But while EVOL seems to have moved to another level (EVOL-ved?) with the beautifully crafted Xiaomi 11i HyperCharge, which was launched as the Redmi Note 11 Pro in China, it does not quite make an impact on the Redmi Note 11.

The front is the standard, tall display with a punch-hole notch in the top center, slim bezels, and a slightly less slim chin. The sides are flat, as is the current iPhone-inspired fashion. So far, so good. The back, however, is a bit of a letdown. We do not have an issue with its being plastic, and the Stardust White color variant we got did glitter in the sun and even shift colors between blue and white. It did not look bad, but it just did not look or feel premium either. The back also curves a little, which detracts from the more trendy look of its flat sides. 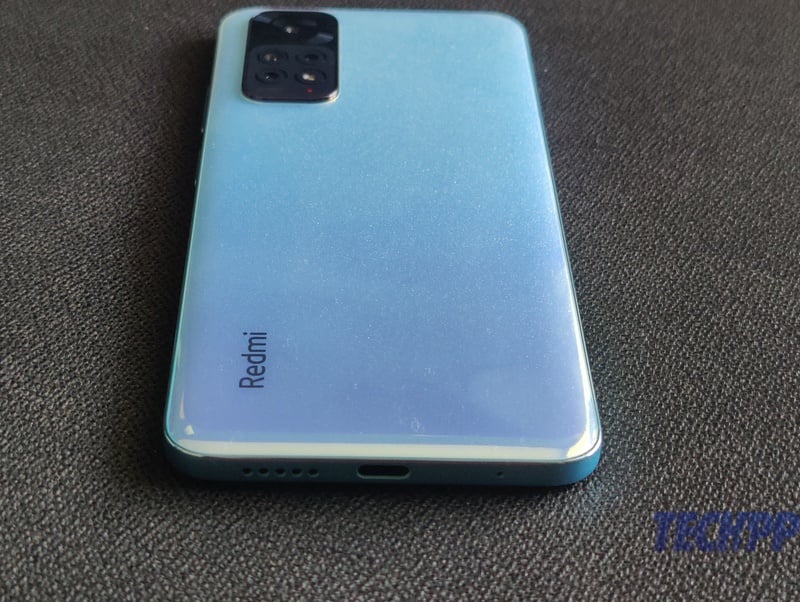 The rectangular camera unit juts out from the back, with one large camera lens on top and four smaller spheres below it – three occupied by cameras and one by the flash. The right side has the power and display button, which also works as a fingerprint scanner and the volume rocker, while the left side houses the SIM card and microSD card tray. The base has a speaker grille and a USB Type C port, while the top houses a second speaker grille, the 3.5 mm audio jack (we would have preferred it at the base, but are grateful that it exists!), and an infrared port.

The Redmi Note 11 definitely does not seem as classy as the Xiaomi Mi 11i and might even seem a step back from the Redmi Note 10, which had looked good for its time. It has a solid, reassuring feel to it, but we do not think it will turn heads.

A chip for work, not benchmarks 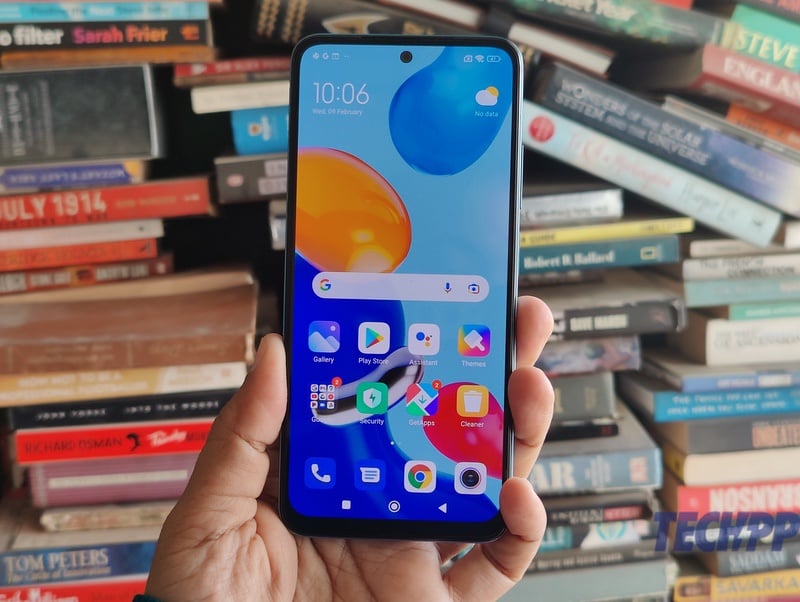 In spec terms, the Redmi Note 11 is in typical Note-land – solid rather than spectacular. In some regards, it remains very close to the Redmi Note 10, which is not a bad thing, although it does take away some of the “big upgrade” feels. The display is 6.43 inches, full HD+ and is an AMOLED one, just as on the Note 10, with a maximum brightness of 1000 nits (down from 1100 on the Note 10!). It has a refresh rate of 90 Hz, which is below the 120 Hz of last year’s Note Pro and Note Pro Max but is above the 60 Hz on the Note10. It also comes with stereo speakers.

Powering the phone is a Qualcomm Snapdragon 680 processor, which is known more for its efficiency rather than its gaming muscle. It is, in fact, considered to be a little below the Snapdragon 732G and the 720G, which we had seen on older Note devices. But then, in recent times, the plain Note has been more about being consistent than smashing benchmarks. This is bundled with three RAM and storage variants: 4 GB/ 64 GB, 6 GB / 64 GB and 6 GB/ 128 GB. Storage is expandable up to a massive 1 TB, using a microSD card.

The cameras move up a little, and so does the charging 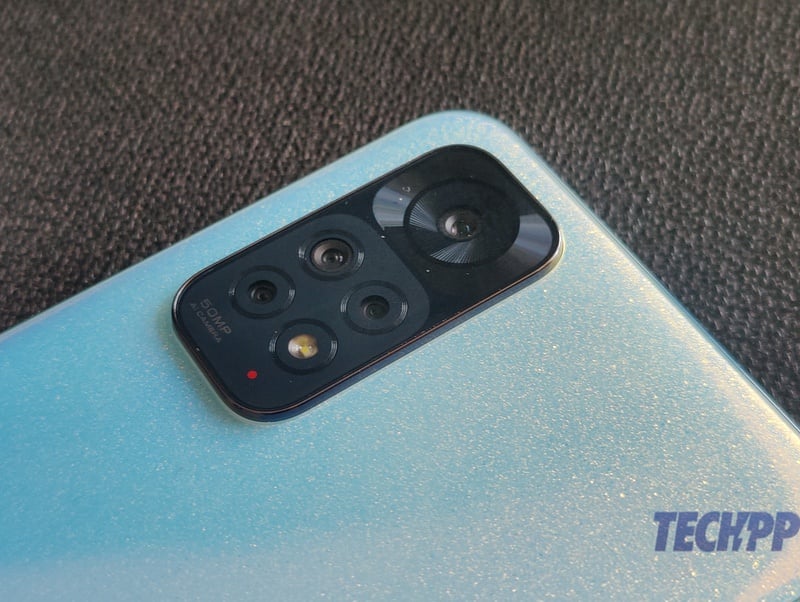 The Redmi Note 11 seems to take a few steps forward on the camera front. And a few back. The primary sensor on the quad-camera arrangement on the back is now a 50-megapixel one, and there is an 8-megapixel ultrawide camera for the landscape snappers. However, the remaining two cameras seem to be a token presence – a macro and depth sensor of 2 megapixels each. Given how well the 5-megapixel macro cameras had done on some Redmi and Xiaomi devices, we had expected one on the Note 11 as well. There is also no support for shooting 4K videos, which is a little surprising, given that it was present on the Redmi Note 10. Instead, handling selfie duties is the task of a 13-megapixel camera in the punch hole notch.

There is a 5000 mAh battery in the phone, which is surprising when considering how slim the phone is. And charging it is a 33W charger that comes in the box and supports what Xiaomi terms Pro fast charging. In connectivity terms, you get 4G, Wi-Fi, Bluetooth, GPS, and of course, the infrared port that is almost a Redmi Note trademark. Unfortunately, there is no 5G on the phone, which might bother some consumers, but given the network’s continued absence in India, we do not think this is a deal-breaker. The phone comes with the latest version of Xiaomi’s Android interface, MIUI 13, but it still runs on Android 11.

More for work than for play

The Redmi Note 11 is a steady performer in best Note tradition. There is nothing here that will take your breath away, but neither are you likely to feel disappointed or robbed. The display is easily the best that we have seen in this price segment, and combined with the stereo speakers, makes the Note 11 a very good device for those who like to watch videos and shows on the move, or read a lot. 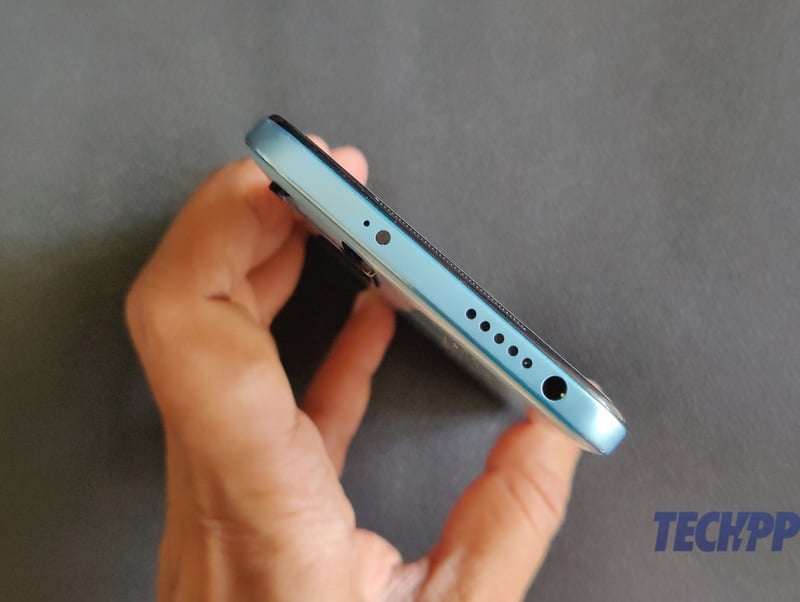 Gaming works well, too, as long as you do not get into the higher settings of most games. Again, this is not a device designed to run Call of Duty and Asphalt at their peak but will handle casual games very easily. But, again, those speakers do make a difference to the gaming experience. Multi-tasking is relatively smooth, and MIUI 13 works without any hassles, with a clean interface and a number of user-friendly features, including Sidebar, which keeps your favorite apps just a tap away (shades of Samsung, but we are not complaining). There are some third-party apps, but these can be removed, and there are no ads to clutter your experience. 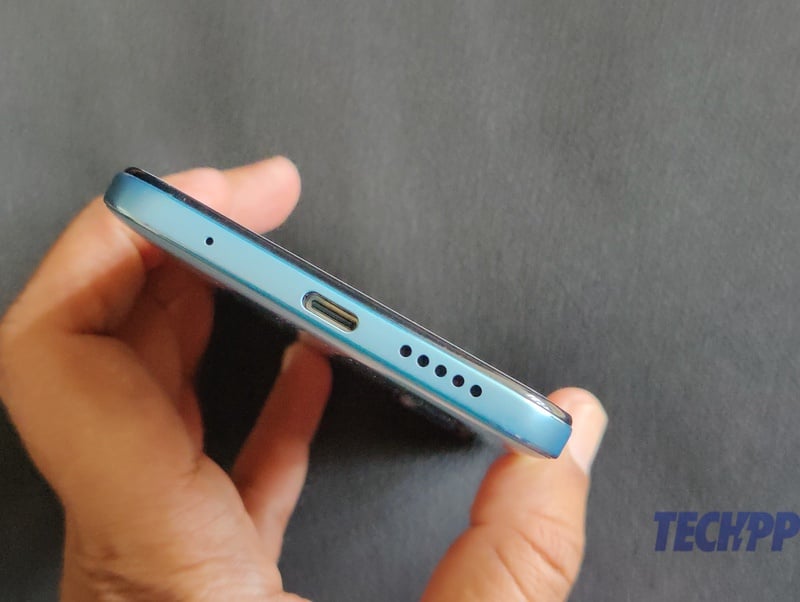 The 5000 mAh battery is one of the highlights of the phone, easily delivering a day and a half of normal use. Use it carefully, and you could get through two days as well. The 33W charger in the box does a good job of topping up the battery at a brisk rate. We found it charged about 60 percent of the battery in about half an hour and will top 100 percent in slightly more than an hour, which is impressive given the size of the battery. The fingerprint scanner works speedily and totally reinforces our stance that the side is the best place for it!

The cameras on the phone are consistent performers. You are going to get good details and slightly bright colors as long as you stick to the primary 50-megapixel sensor in good light conditions (image quality is not quite as good in the dark). Details do take a hit on the 8 megapixel ultrawide, but that’s the price you pay for trying to cover more area with fewer megapixels. However, the 2-megapixel macro and depth sensors do not really inspire too much confidence. The macro sensor does let you get close, but the image quality is not the greatest, and we have never really been too convinced by depth sensors, given the fact that so much bokeh is often driven by software. 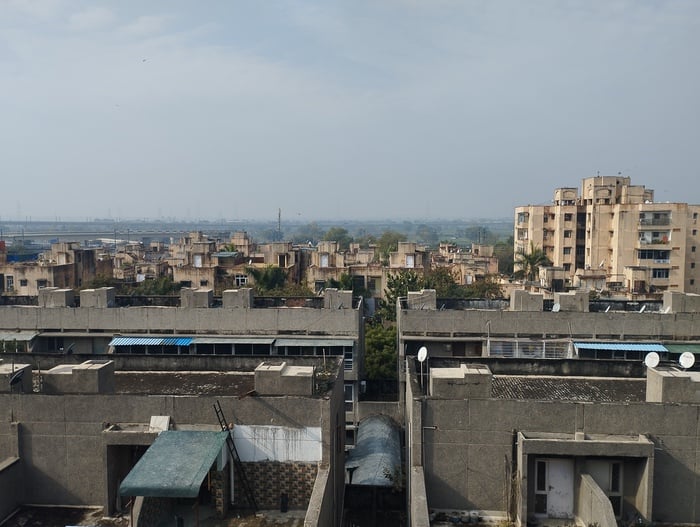 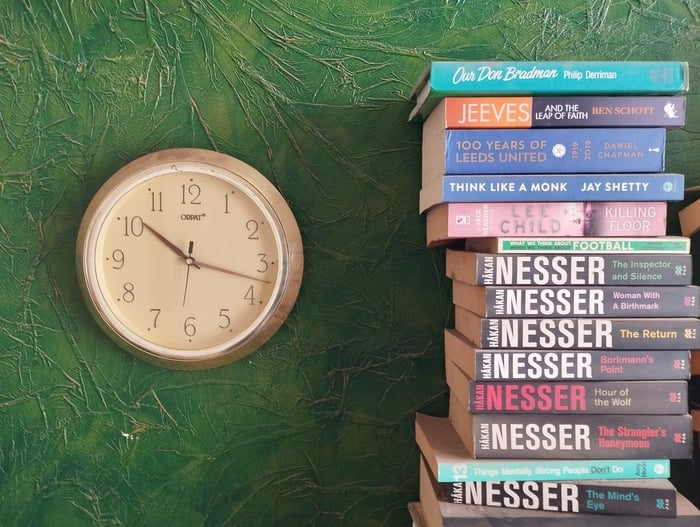 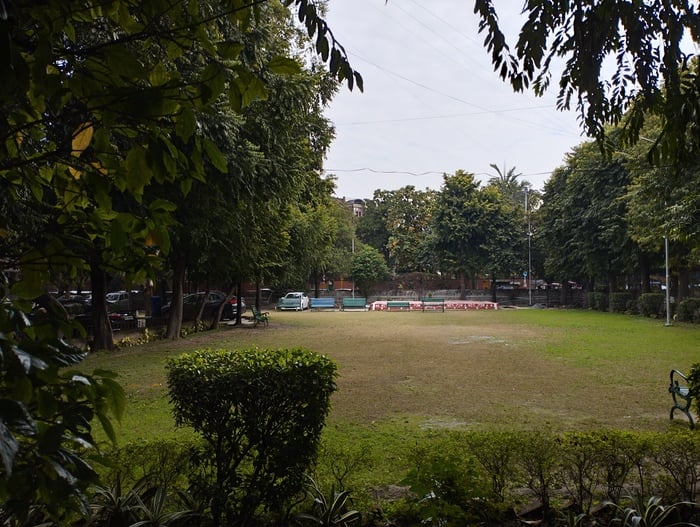 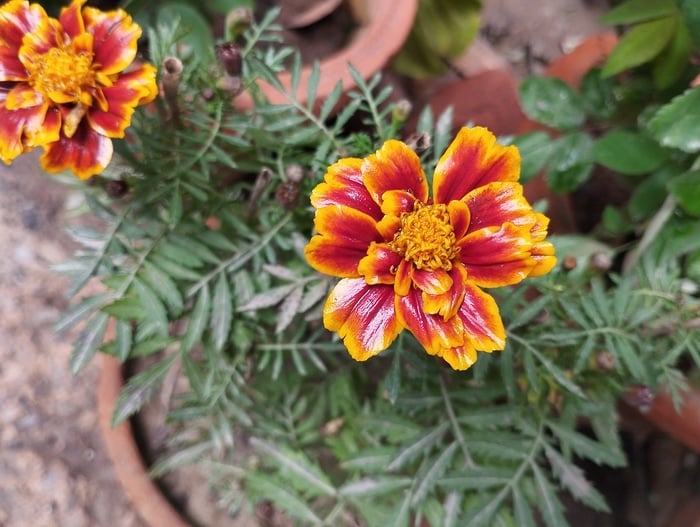 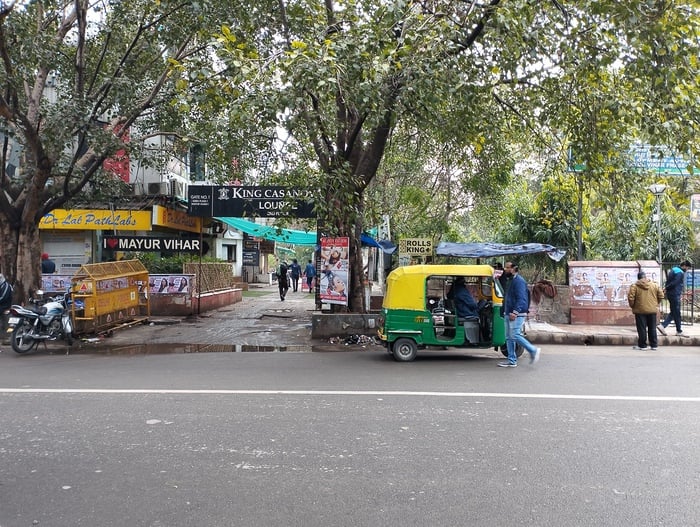 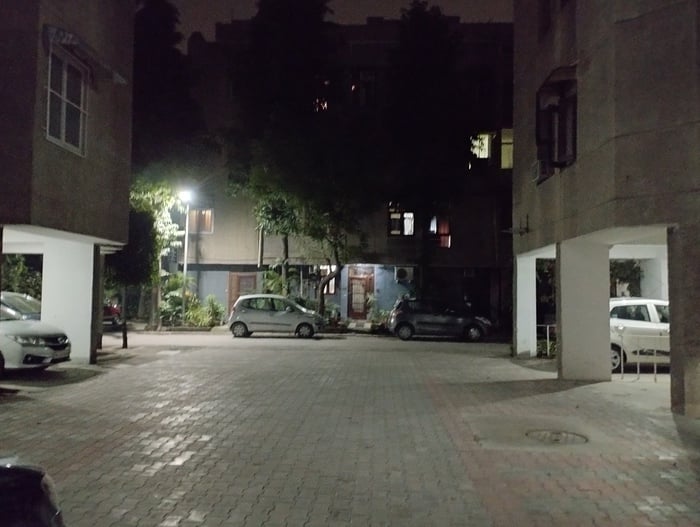 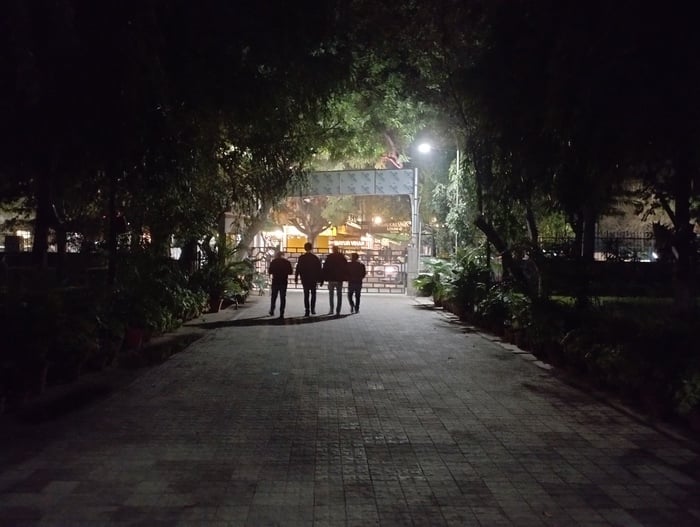 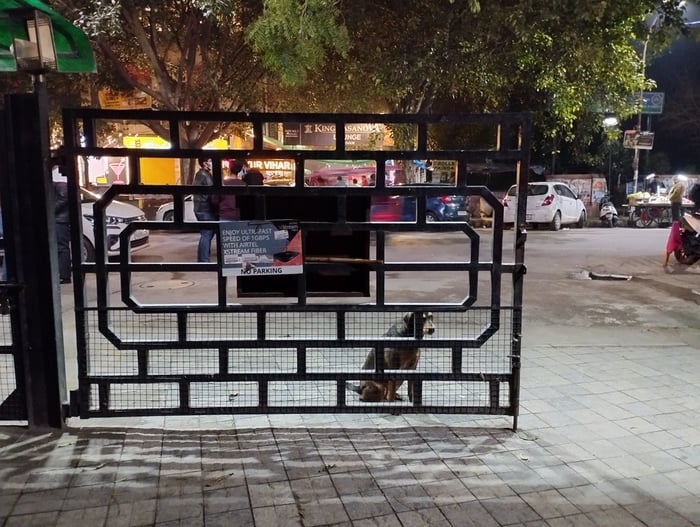 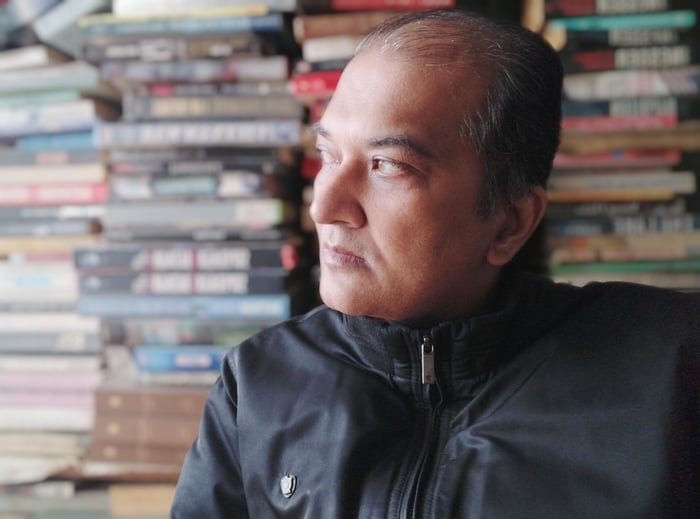 The phone shoots reasonably good video in good light conditions but falters in the night. It should suffice for social networks but is not really in the content creator range, although we do not think the device is targeted at that segment. Selfies from the 13-megapixel front-facing camera are a little touched up but are generally good to go online on the Gram!

Competitive, but not a killer proposition 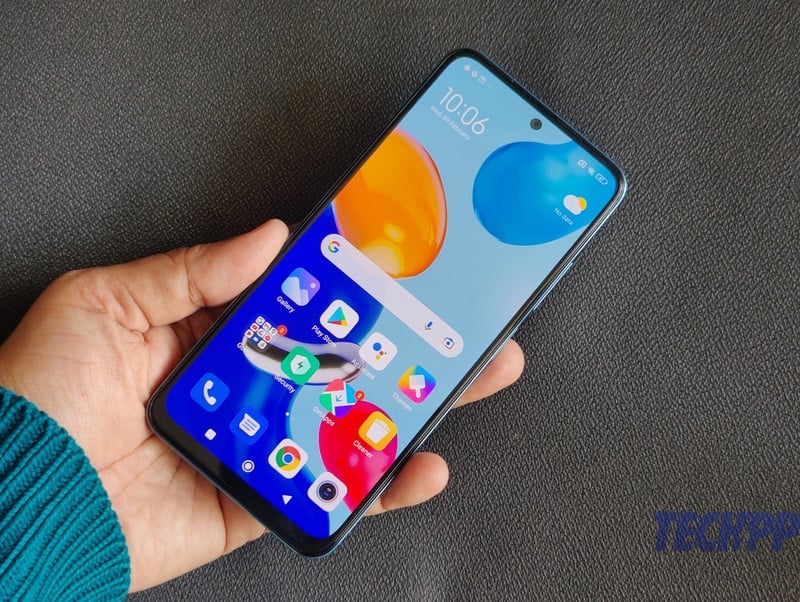 Those who love gaming and still want a Note could feel tempted by the still-impressive Redmi Note 10S, which starts at Rs 14,999 but brings a faster processor to the table. The recently launched Vivo T1 would also float into contention – it starts at Rs 15,999, but has a newer processor, Android 12 and 5G, on board.

All of which makes the Redmi Note 11 the first REAL Note in the Note 11 series in terms of specs and performance. It ticks pretty much most of the conventional Note boxes but somewhat unusually does not totally keep the opposition at bay.

Review Overview
Was this article helpful?
YesNo
TechPP is supported by our audience. We may earn affiliate commissions from buying links on this site.
Read Next
OnePlus Buds Pro 2 Review: Great buds for pro bros with OnePlus devices
#Redmi #Redmi Note 11 #review #xiaomi