After launching the Realme 9i last month, Realme has now launched the next device in their number series, the Realme 9 Pro+.

The Realme 9 Pro+ offers some interesting specs for the price, such as the new MediaTek Dimensity 920 5G chipset, Sony IMX 766 sensor, 90Hz AMOLED display, and more. On top of that, the device also features the trendy color-changing back panel abilities that we first saw on the Vivo V23 Pro and some Xiaomi devices (spoiler alert – it looks very cool in person). 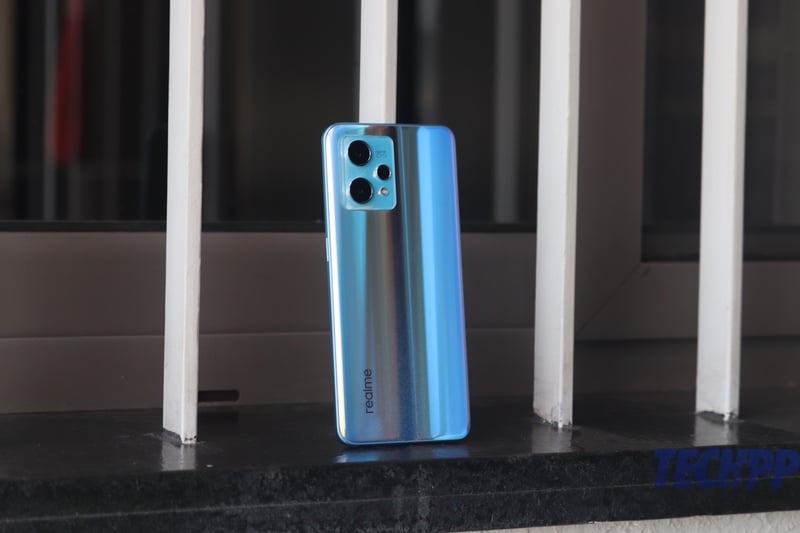 The Realme 9 Pro+ sits right between the Pro series devices and the flagship GT series, but is it a worthy addition to the Realme lineup? Has Realme done enough to justify the Pro+ naming? Let us find out in our Realme 9 Pro+ review.

The Realme 9 Pro+ is the company’s first attempt at color-changing back panels, and they have done a good job. First, we have the blue color variant of the device, and as soon as we hold the device outside in direct sunlight, it quickly changes color to a glossy pink hue that Realme says is inspired by sunshine. The Realme 9 Pro+ looks pretty good for the price and will certainly turn heads every time you take it out of your pocket. However, some might find the glossy back a bit too shiny/flashy for their taste, but you can always choose a more subtle color option like black.

As for the button layout, the power button is located on the right side, while the volume rocker and SIM card holder are placed on the left. The bottom grille houses a 3.5 mm headphone jack, Type-C charging port, and speaker grille, while the top remains mostly empty.

Besides all the color-changing bells and whistles, the device is pretty solidly built for the price and feels coherent when you hold it in your hands. The back is made entirely of glass, providing a premium feel in hand. The frame is plastic, but is that a drawback? Definitely not, considering the price of the device.

Realme claims that the 9 Pro+ is the slimmest device in the series at just 7.99 mm, and you’ll notice that when you hold the device in your hand for the first time. It is also quite light at 182 grams for a device of this size equipped with a 4500 mAH battery. 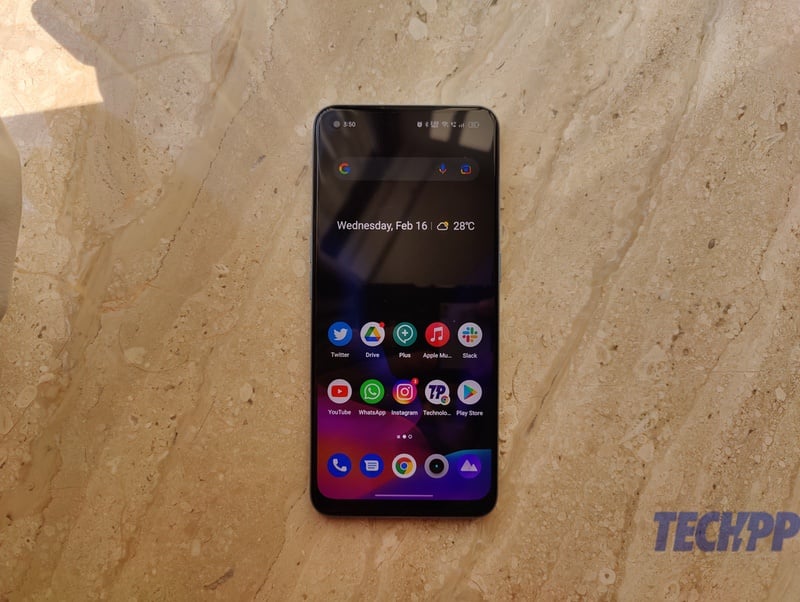 Realme has been pretty good with displays in the past, and the Realme 9 Pro+ is no different in that regard. The 6.6-inch AMOLED display is great for consuming media over an extended period of time, the colors are bright, and everything looks stunning on the display. Do you spend a lot of time outdoors? If so, you will be happy with the display of the 9 Pro+ thanks to a decent peak brightness of 600 nits.

In addition, the 90Hz display and fast touch sampling rate make for a smooth experience throughout UI, whether you are scrolling the web or navigating between multiple apps. Although 90Hz is sufficient for most people. A 120 Hz display would have been the icing on the cake and made the experience even better.

Like other Realme devices, this one can intelligently switch between 90Hz and 60Hz depending on the task at hand, but we quickly changed the settings to force 90Hz as the intelligent switching was a bit jerky. While the display quality is good for the price, the chin is quite big for a device in 2022.

Thanks to the AMOLED display, there is a fingerprint scanner underneath the display that works well and unlocks the device relatively quickly. Furthermore, the fingerprint scanner also serves as a heart rate scanner, which is undoubtedly cool and can sometimes be quite handy. The heart rate scanning feature can be found in the settings under Realme Lab. But please take the value with a pinch of salt, as it is not a replacement for a medical device.

Furthermore, the device is Widewine L1 certified, and Full HD playback works flawlessly on both Amazon Prime Video and Netflix, so there are no complaints here. 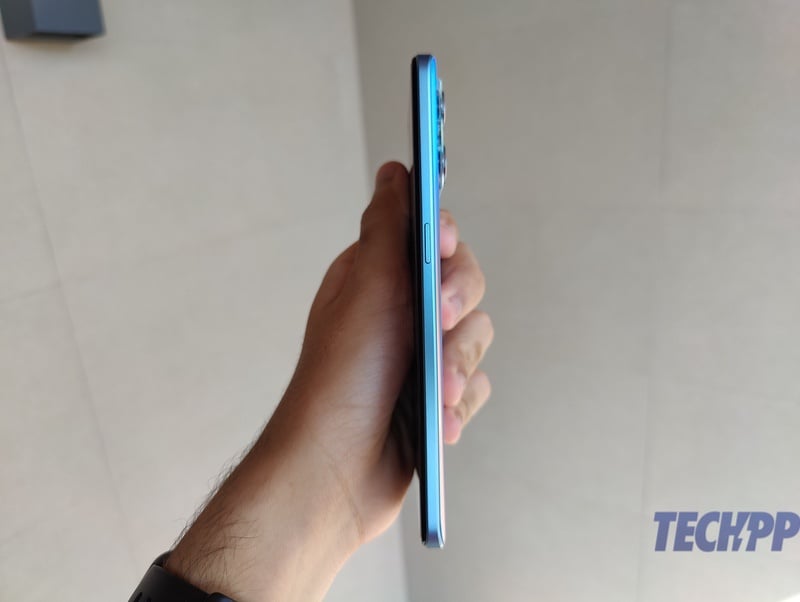 Under the hood, the Realme 9 Pro+ is powered by the latest MediaTek Dimensity 920 chipset, which is a welcome upgrade over last year’s Qualcomm Snapdragon 720G. The Dimensity 920 features two Cortex-A78 cores and six Cortex-A55 cores manufactured in the 6nm manufacturing process.

Let us put the chip’s technical specs aside and focus on the Realme 9 Pro+’s performance in everyday use, and we are happy to report that the device offers great performance for its price. Everything from navigating UI to switching between apps felt fast and smooth thanks to the chipset and 90Hz refresh rate.

In addition to good everyday performance, gaming performance was also excellent. We tried a few games on the Realme 9 Pro+, including BGMI, COD Mobile, and Subway Surfers, and the experience was wonderful.

BGMI is maxed out on HDR and Ultra and consistently delivers 40 FPS, but we switched to the Smooth+Extreme setting for a smooth 60 FPS experience.

What about the thermals? Even thermals on the unit are also very good, thanks to the vapor cooling system. We ran the CPU Throttle app twice for 15 minutes and had no issues with thermal throttling. 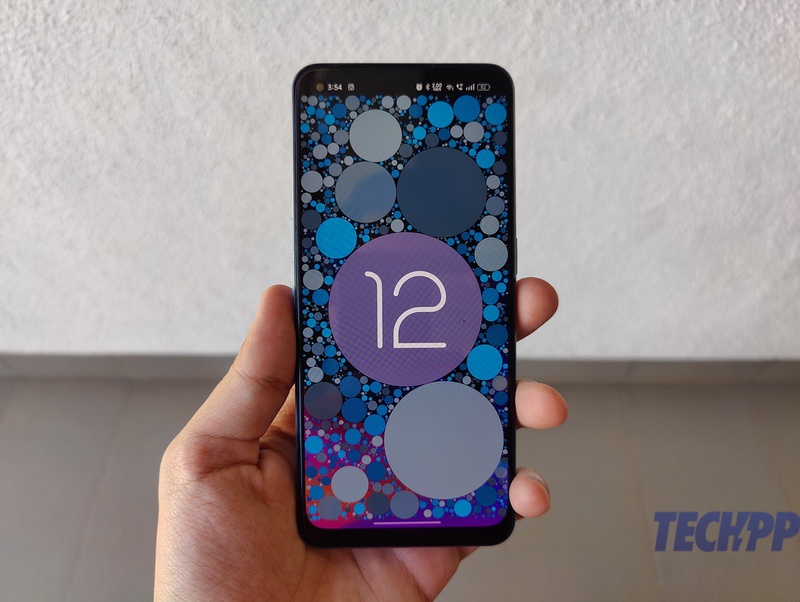 While many recently launched flagship killers like the Oneplus 9RT and the Xiaomi run on Android 11, the Realme 9 Pro+ runs on Realme UI 3.0 based on Android 12 out of the box. Big kudos to Realme for that. Also, the software experience has been pretty polished so far with no major bugs or glitches, so that’s always a good thing.

But, as with all other Realme devices, the software experience on this device is marred by the amount of bloatware pre-installed (the bloatware can be uninstalled). It’s time for Realme to work on this and try to reduce the number of pre-installed apps on its smartphones.

The in-trend Virtual RAM feature is still here, and users can expand the RAM up to 5GB by using the RAM expansion feature baked into the settings app. 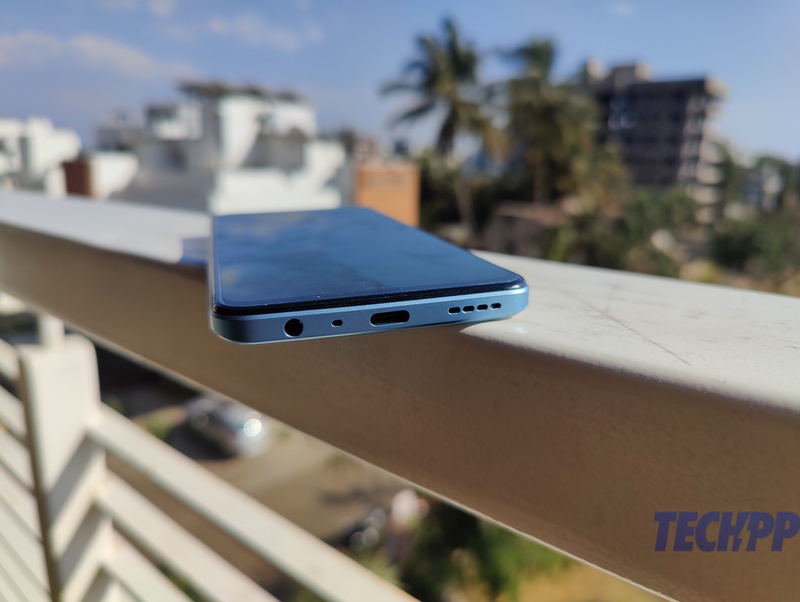 The 4500 mAh battery of the Realme 9 Pro+ met our expectations and delivered screen runtimes between 7 and 8 hours during moderate to intensive use. You can expect an operating time of almost 6 hours during intensive gaming. 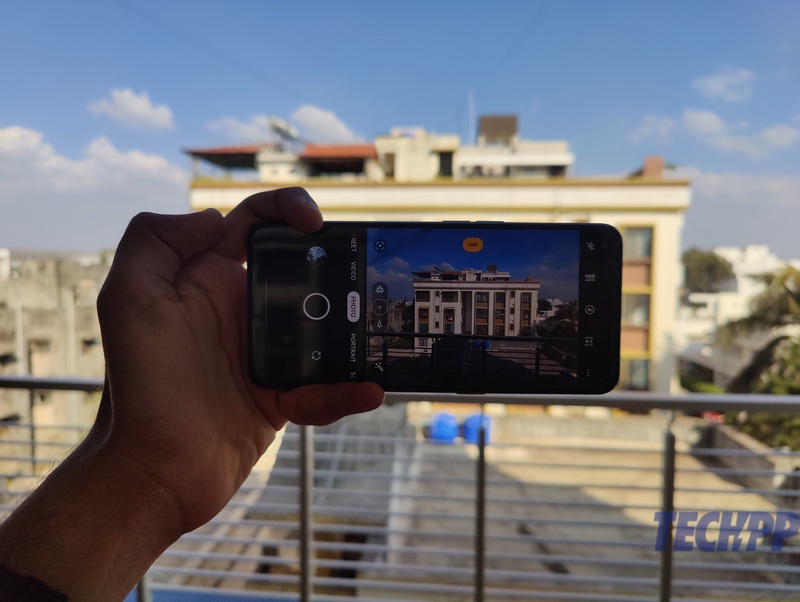 The Realme 9 Pro+ has a triple rear-view camera in the following configuration:

Realme has done a good job with the camera quality this time, considering the price. The main camera takes nice, crisp outdoor shots with great detail and dynamic range. Color reproduction was also mostly okay and consistent. We say “mostly” because the colors occasionally look a bit odd.

Indoors and in low light, the camera is also pretty good. The pictures are a bit grainy at times but still turned out pretty well.

The wide-angle lens also lived up to expectations, providing a wide field of view without compromising the detail in the images. However, as for the macro camera, it was average at best and not very useful. 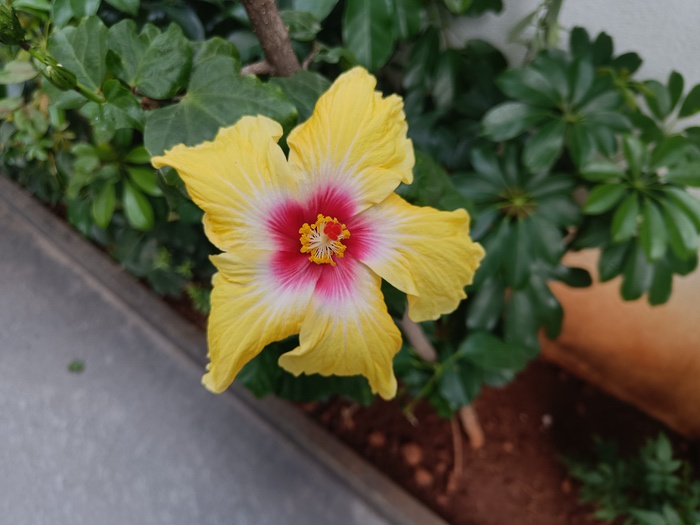 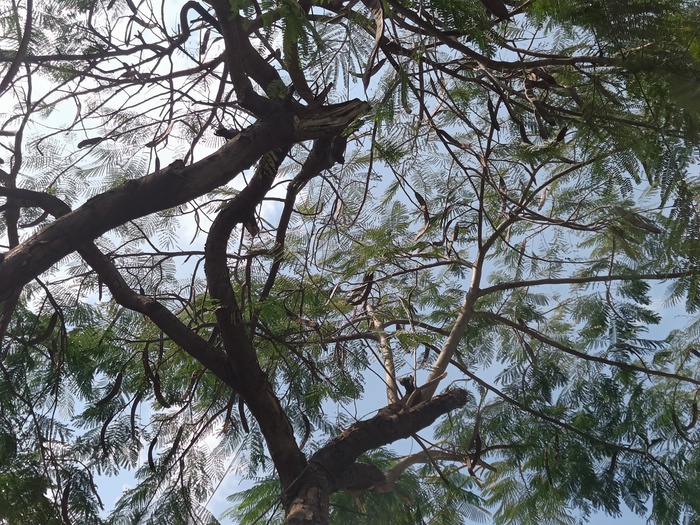 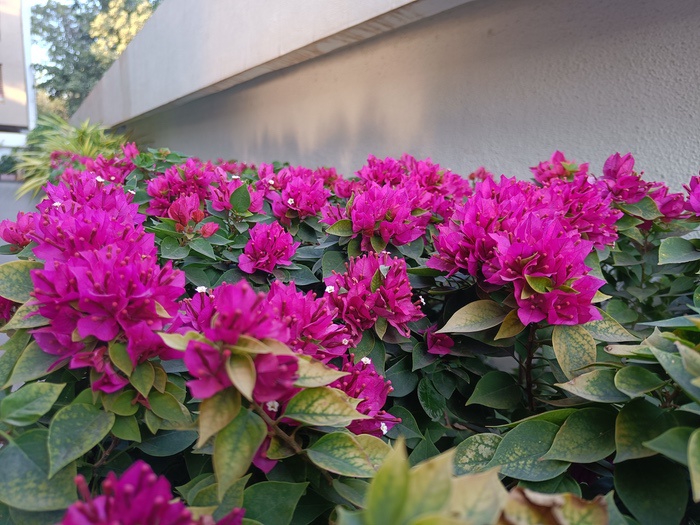 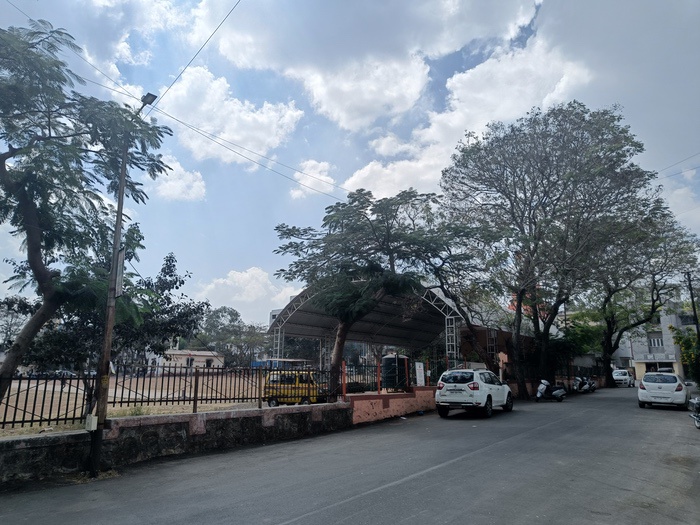 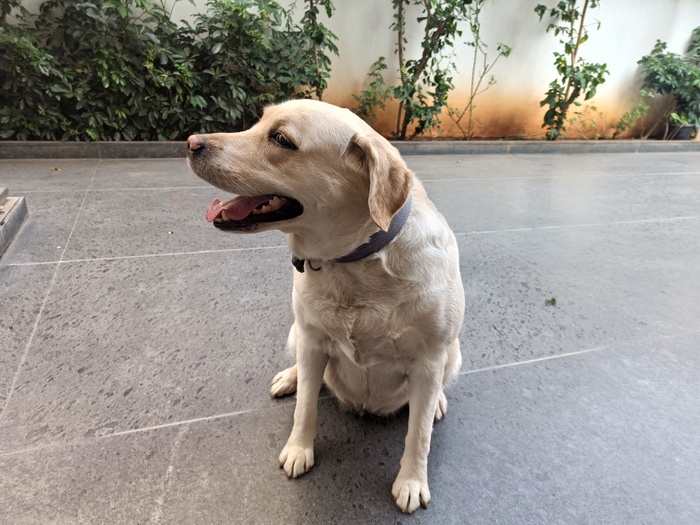 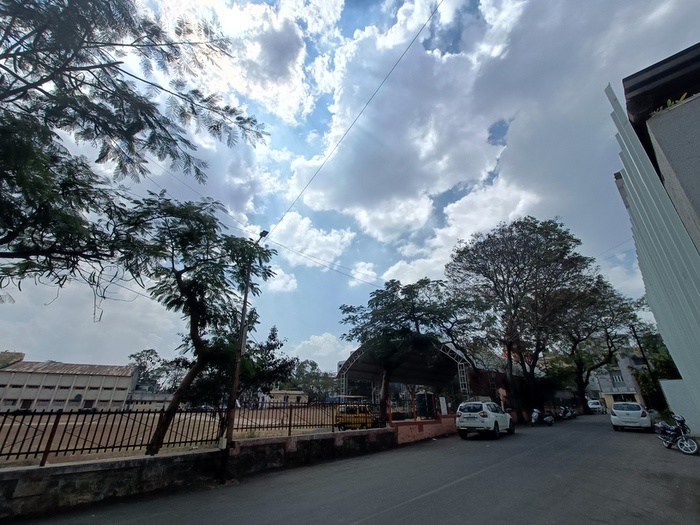 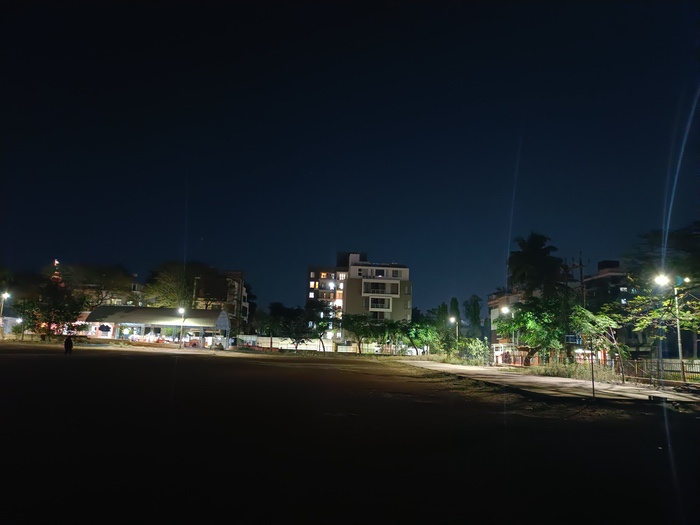 The 16 MP camera on the front is located in a recess in the display and takes decent selfies with enough details and sharpness. However, the pictures are sometimes a bit overexposed.

Moving on to the video quality, the device supports a maximum resolution of up to 4K 30FPS but sadly the footage is not very stable though the colour reproduction is fine. Hence, I recommend switching to 1080P 60FPS for the best video recording experience. Also, it is a bit surprising that OIS works only for photos and not for videos.

Overall, Realme has done a good job with the cameras in the Realme 9 Pro+.

The Realme 9 Pro+ has two stereo speakers that are quite loud and provide good separation and decent bass. More importantly, Realme has kept the 3.5mm headphone jack on the device, which is always nice. 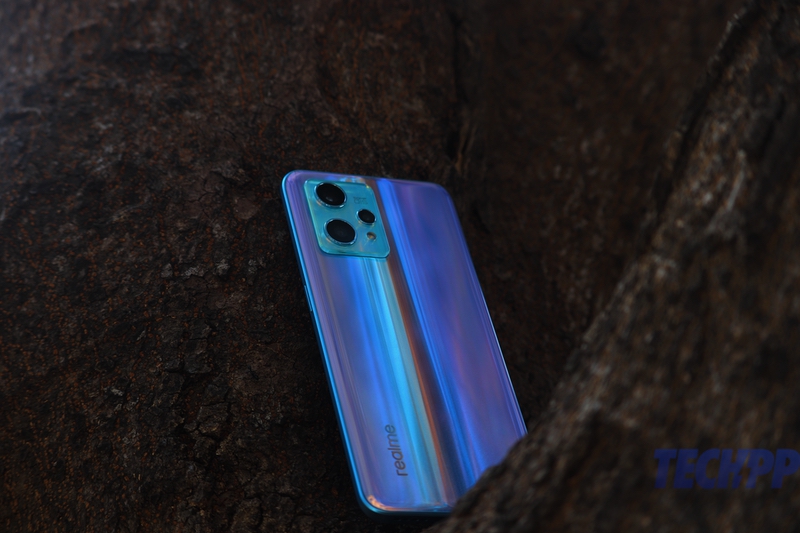 Related: Realme 9i 5G Review – Sacrifices Must Be Made 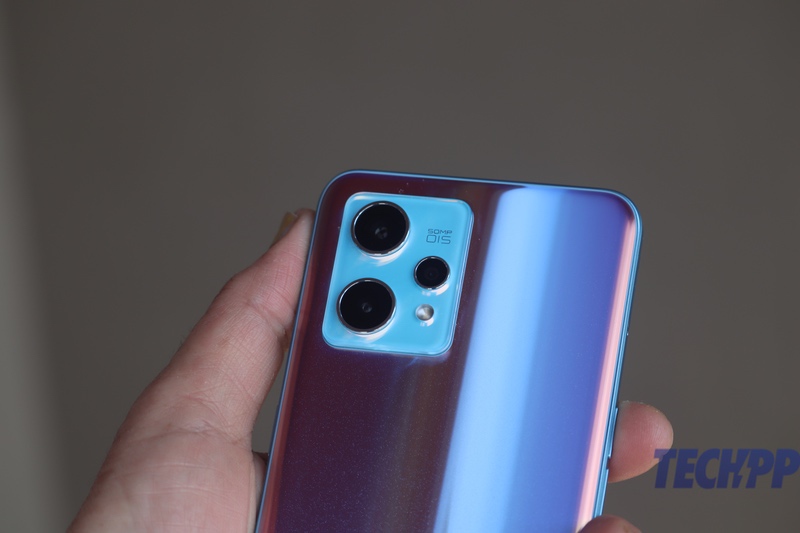 If you are in the market for a device under 25,000 rupees, then the base 6+128GB variant is a good deal (the 8+128GB variant is also a good deal if you can buy it with an HDFC card). However, if you have a budget of 30,000 rupees, then the 9 Pro+ is not that easy to recommend. Don’t get us wrong, the 9 Pro+ is a very good device, but the competition (including its own siblings) is better in some regards.

Firstly, we have the ever so popular Oneplus Nord 2 with the Mediatek Dimensity 1200 chipset for Rs. 30,000; then we have Realme’s own Realme GT Master Edition and Realme GT Neo 2 with better specifications. Owing to this, we cannot recommend the higher variants of the Realme 9 Pro+.