In recent times, there has been a bit of a tussle in the Rs 25,000 – Rs 40,000 price segment between two sorts of devices – the ones that fight mainly on impressive spec sheets at surprising prices and the ones that might not throw much spec weight, but try to compensate with design and camera dazzle. As a result, this price range contains a blend of spec warriors and style merchants. The Oppo Reno 7 Pro very firmly comes in the latter category. 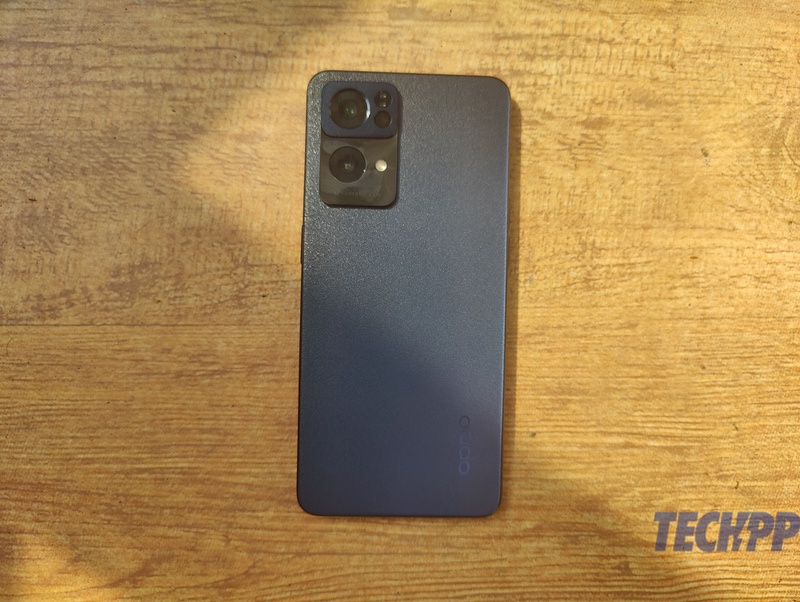 “It looks like something out of Tiffany’s,” were the words of my colleague when they first saw the Oppo Reno 7 Pro. And with good reason. Turning the phone’s back towards the light makes it glitter. It is very subtly sparkly, which disappears the moment the phone is moved away from the light. All this happens on a back that is smooth but not glossy and keeps fingerprints and smudges at bay. Oppo calls it Aircraft-grade Shooting Star design and says that the back is “​​chiseled with over 1.2 million micro-rasters reminiscent of shooting stars.” This is one of the rare times when the product actually lives up to the hype. We got the Starlight Black variant (there’s also a Startrails Blue), and we could not keep ourselves from tilting it towards the light to see the “stars” on it.

The rest of the phone is also very well-crafted. The camera unit on the back is slightly layered and twin-textured (with a metal-like upper part and a slightly glossy lower one), making it stand out from the crowd. There is a twist there, too – the outline of the camera unit glows, acting as a notification light. We would have preferred it in the front in terms of functionality because notification lights on the back of the phone are generally not that visible, but Oppo deserves credit for trying something different.

The frame is metallic, has flat sides, and is the same shade as the back. The power button is on the right side and has a green dash on it, with the volume rocker being on the left side. The top is bare, and the base has a speaker grille, a USB Type C port, and a dual SIM card slot. The front is a (now) conventional tall display with a punch-hole notch in the top left corner. 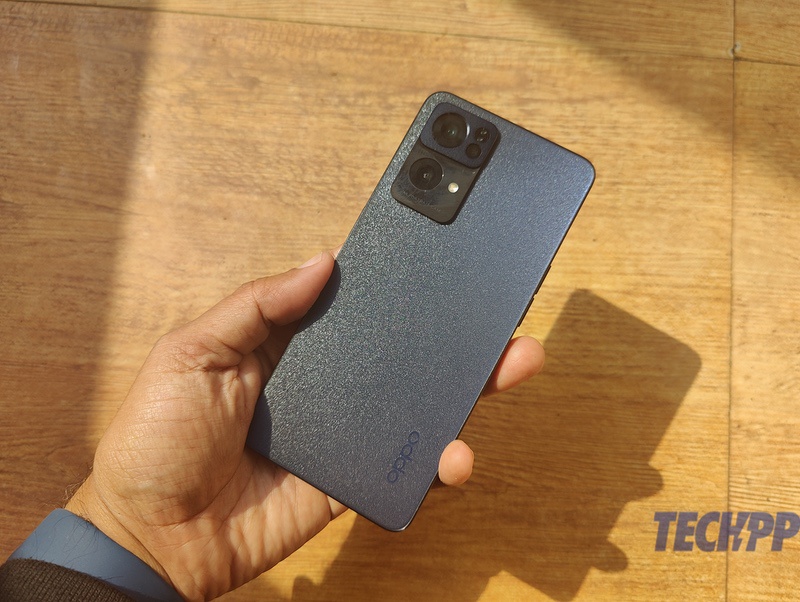 At 158.2 mm long, the Oppo Reno 7 Pro is definitely on the relatively compact side (many phones go well beyond 160 mm these days), and it is very impressively slim at 7.5 mm. It weighs 180 grams, which is not light but is comfortable enough to hold. There is a very reassuringly solid feel about the phone, and while it is compact, you would still need both hands to use it most of the time. It has a very smooth and premium hand feel, although we would have liked dust and water-resistance as well.

We have seen our share of good-looking phones, and the Reno 7 Pro goes right to the upper part of that list. Perhaps the best-looking phone below Rs 40,000.

Within that classy exterior are specs that are more good than great. The Oppo Reno 7 Pro comes with a 6.55 inch full HD+ AMOLED display, with a refresh rate of 90 Hz. Considering that we have devices at lower prices with 120 Hz refresh rates, this might seem a bit of a letdown for some. We found it to be bright and colorful, which is what counts in our book. It comes in a single RAM and storage variant of 12 GB / 256 GB, with no expandable storage. Powering the phone is a MediaTek Dimensity 1200 Max processor, which we were told is very similar to the Dimensity 1200 but has some additional camera muscle. 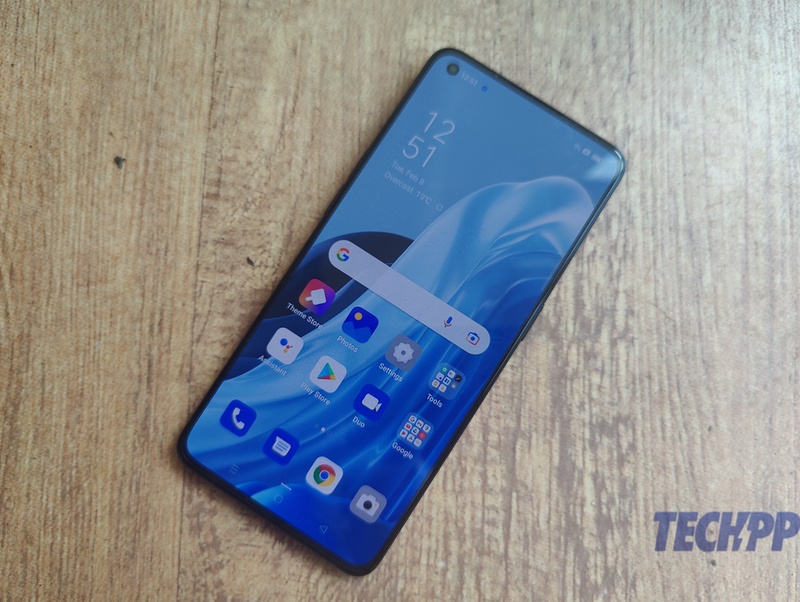 Those specs are decent enough but not really spectacular. They are more than enough for most routine tasks such as checking mail, browsing the Web, posting and scanning social networks, and lots of messaging. They are also good enough for multi-tasking and switching between apps and even running most games. That display is excellent for viewing videos with the stereo speakers delivering very good sound too, although some might not find them to be the loudest around.

…not for heavy duty play

Where the phone comes up short is in high-end gaming and hefty work. Max out Genshin Impact and Call of Duty settings, and the lags will creep in. You will also see discernible speed bumps if you get into heavy-duty image or video processing. 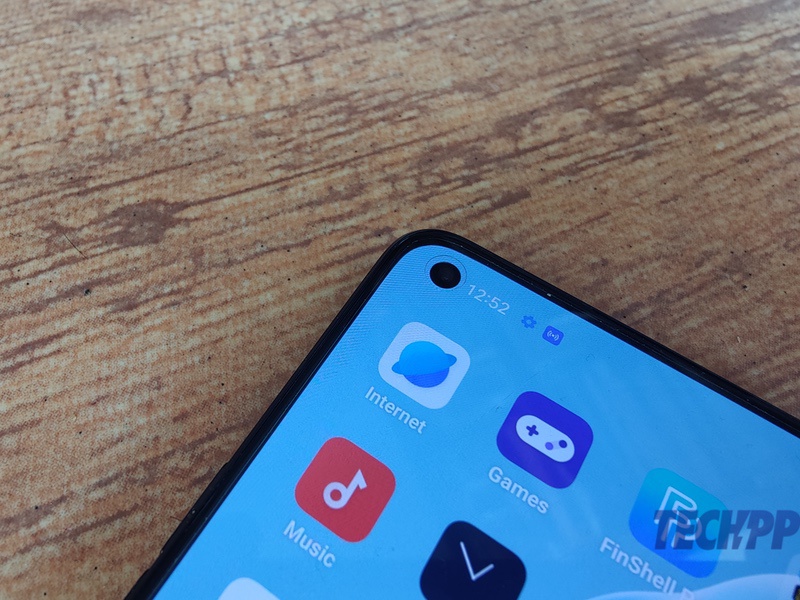 In overall performance terms, the Reno 7 Pro delivers as good a performance as you can get just below the premium flagship level. Support for 5G means that it will be ready for the network when it finally does arrive in India. ColorOS 12 runs smoothly enough and is less cluttered than in the past, although third-party apps are still present. That said, we were a little disappointed to see the phone running on Android 11.

The phone lasted a little more than a day of normal to heavy use on a full charge of its 4500 mAh battery, which is impressive. The 65W Super VooC charger charges it from zero to top in under an hour, which Xiaomi HyperCharge and OnePlus’ Warp Charge standards might seem slow, but it is fast enough for most users. Although it has a greater style quotient, the in-display fingerprint scanner works smoothly but remains slower than its physical button counterparts. 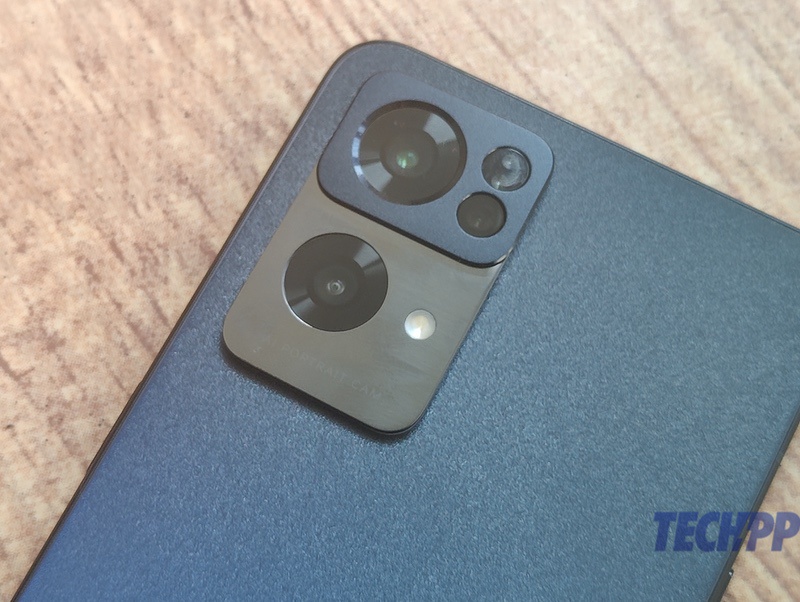 The Oppo Reno 7 Pro comes with four cameras, three on the back and one on the front for selfies. Two of these are outstanding, and two are almost decorative. The stars of the show are the 50-megapixel Sony IMX 766 main sensor on the back and the 32-megapixel Sony IMX 709 selfie snapper on the front (the first time this sensor has been used in India). This being an Oppo device, there are a number of effects and editing options in the phone itself.

The main sensor on the Reno 7 Pro delivers some excellent photographs. The colors are a little oversaturated, but then we do not see too many people complaining as the pictures look pleasant with popping color and very good detail. We have seen the same sensor on some OnePlus devices, but its performance seemed a little better here, especially in handling colors. A lot has been said about portrait mode on the device, and it is impressive enough but still can trip up a little from time to time, especially when the background is crowded. The absence of OIS perhaps hits low light performance, where details are not the greatest, although colors remain bright. Videos are of good quality, but shake can creep in, and we would recommend keeping your hands really steady (OIS’ absence again, we suspect). 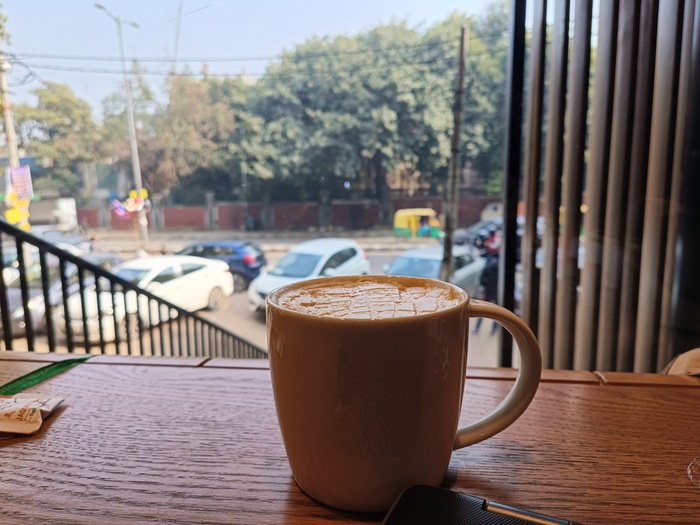 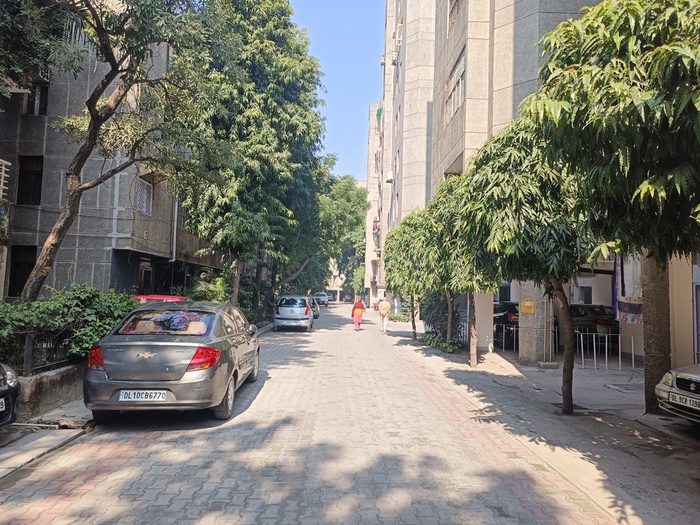 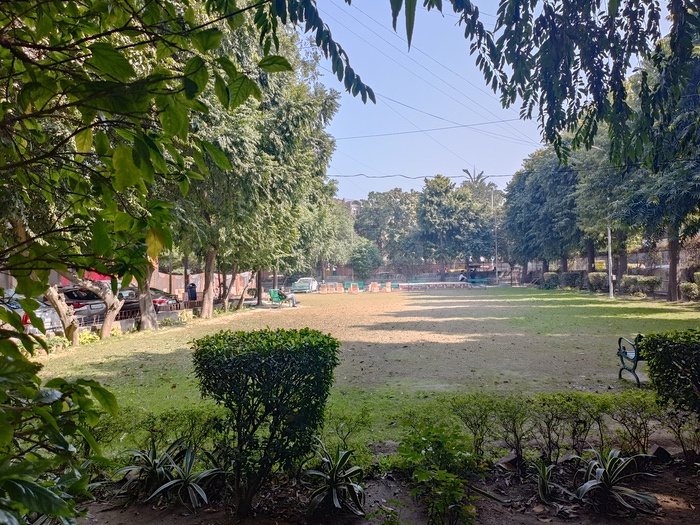 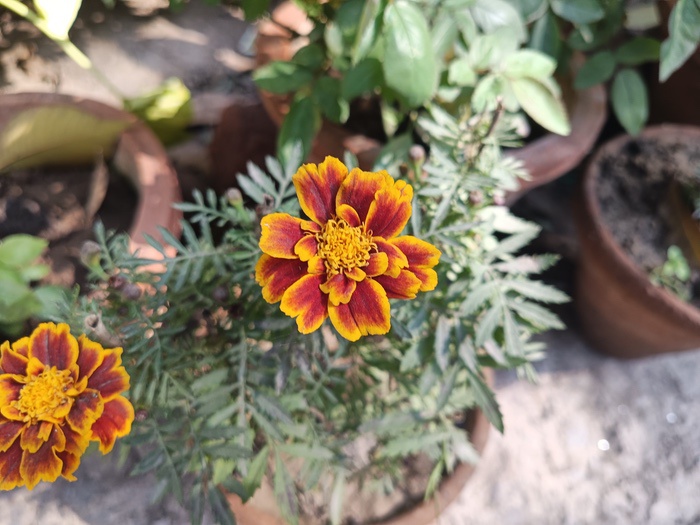 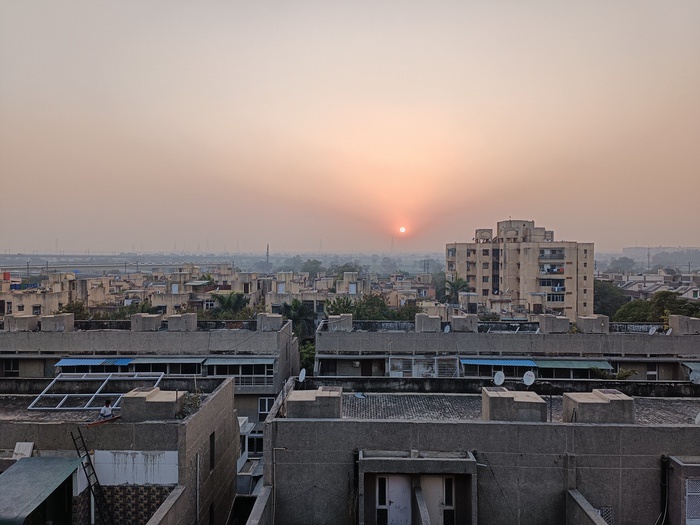 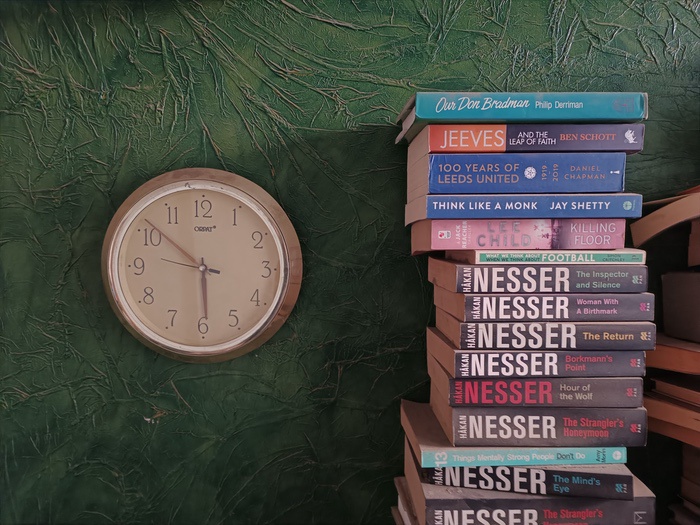 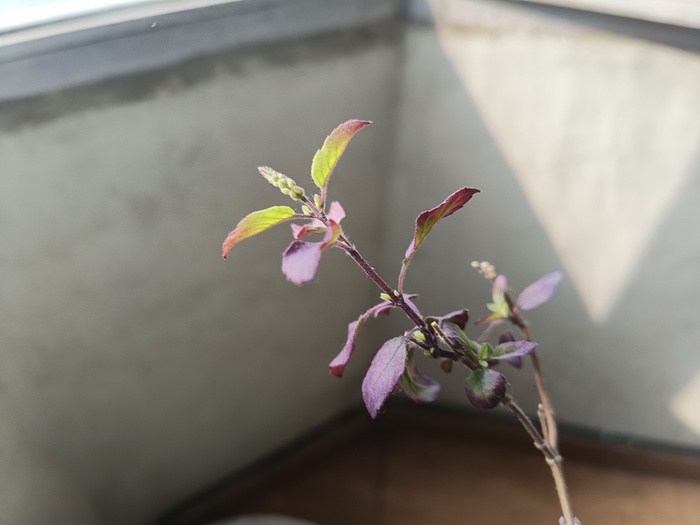 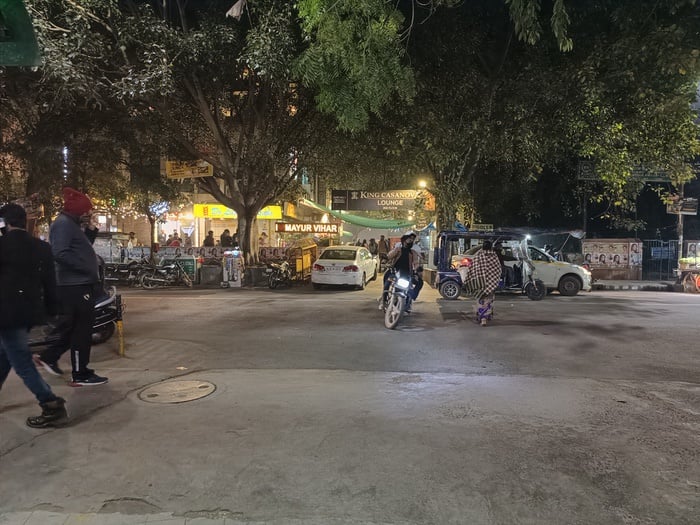 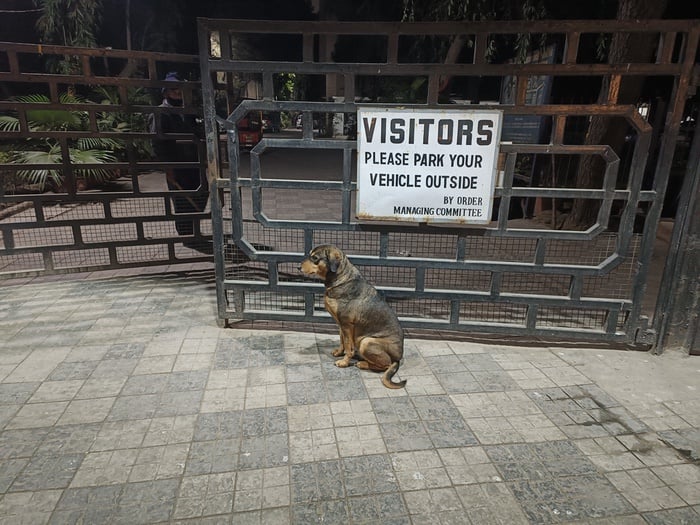 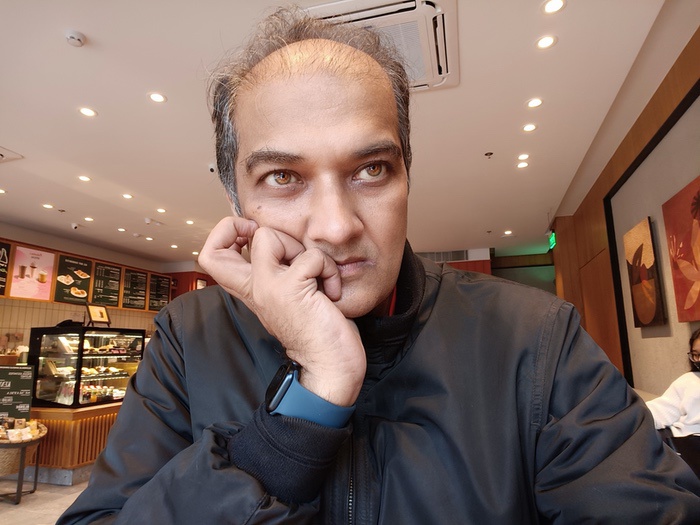 Compared to the main sensor, the 8-megapixel ultrawide sensor is just about passable – the loss of detail when you zoom in is significant compared to what you get from the main camera. The 2-megapixel macro camera, which rounds off the trio at the back, is frankly decorative – you need multiple attempts to get a decent shot.

The 32-megapixel camera in front takes some very good selfies. There is a fair deal of smoothening and beautification even when you turn them off, but you get pleasant colors and very good detail. Videos are very good too, by selfie camera standards. We would say that this is the best selfie camera after the dual selfie camera set up on the Vivo V23 Pro.

Not about specs, a lot about style 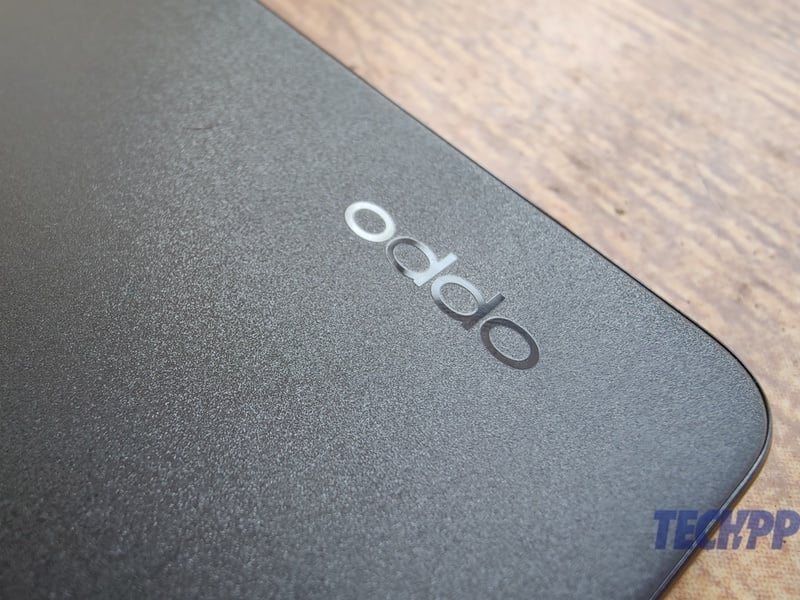 The Oppo Reno 7 Pro is priced at Rs 39,999 for its sole 12 GB/ 256 GB variant. This might strike some as expensive when you consider that devices with a variant of the same processor, and displays with a higher refresh rate are available for under Rs 30,000 – the Realme GT, the Poco F3 GT, and the OnePlus Nord 2. Spec trackers will also point to the likes of Xiaomi 11T Pro and the iQOO 7 Legend which come with flagship Snapdragon 888 processors at the same price, and the OnePlus 9RT, which also features a Snapdragon 888 with a slightly higher price tag.

But to evaluate the Oppo Reno 7 Pro purely in terms of specs would be unfair. The Reno 7 Pro comes into the zone of devices that turn heads with their design more than their spec sheet. It is actually more likely to compete with the likes of the Vivo V23 Pro and the OnePlus Nord 2 PAC-MAN edition – phones designed to catch the eye rather than enchant the spec soul.

The Oppo Reno 7 Pro is as much about flaunt as about function. It is not a benchmark buster, but its performance will be more than sufficient for most mainstream users. It is not a flagship killer; it is a stare-magnet. There is a lot of beauty, with just enough beast to get most work done.

Review Overview
Was this article helpful?
YesNo
TechPP is supported by our audience. We may earn affiliate commissions from buying links on this site.
Read Next
OnePlus Buds Pro 2 Review: Great buds for pro bros with OnePlus devices
#oppo #Oppo Reno 7 Pro #review