In the ever-going Android vs. iPhone debate, the Android brigade often simply dismisses iPhones by calling them just flaunt-worthy accessories. Android users claim that iPhones do not really bring enough substance to compete against Android flagships that bring cutting-edge and innovative technology. iPhones are only bought by those who wish to show that bitten apple logo off. Many believe that the appearance of the iPhone line-up is the series’ biggest USP and is the only reason why iPhones are so popular around the world.

We think different. People do not buy iPhones JUST to flaunt them.

Good design has been a big part of Apple’s tech ethos. This is because during the Jobs era and for a few years after, the innovative design of the iPhones was supposed to be a significant part of their existence. So with a new iPhone, you could often expect a completely different design. However, from the OG iPhone to iPhone 6, we did see iPhones come up with some radical design differences as compared to their predecessors, helping them stand out effortlessly not only from the Android crowd but also from older iPhones. 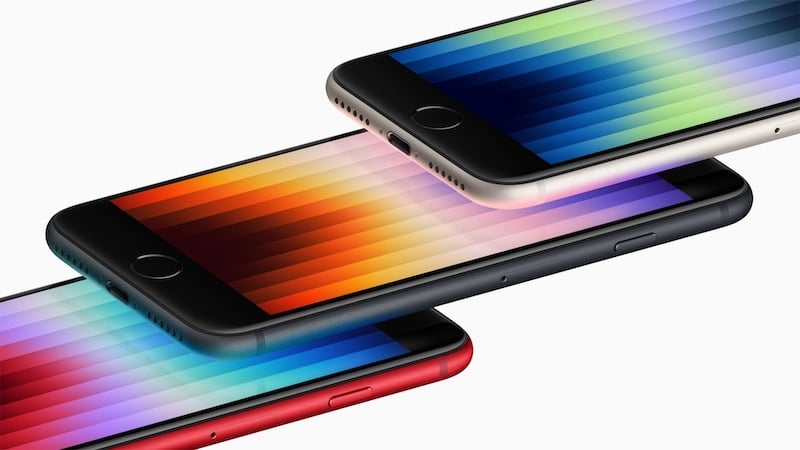 But over the last few years, it seems like design has actually taken a back seat when it comes to the iPhones’ story. The recently launched iPhone SE 2022 was a dagger in design enthusiasts’ hearts as it was literally the iPhone 8 which was launched back in 2017 with improved innards. The thick bezels, the round fingerprint scanner, and the similar back teleported us straight to the past. Considering the design trends, Apple has been following for the iPhone for the past few years, calling the company aggressively design-driven would be an overstatement.

We say this because the design differences between the iPhone 11 Pro, the iPhone 12 Pro, and the iPhone 13 Pro are so minimal that most people will not be able to tell the phones apart with a single glance. The different colors that are often exclusive to a particular series most of the time get covered by a phone case or can be imitated using skins. Even the iPhone 11 and 12 are almost design clones, while all the 13 brings in terms of design difference is a diagonal camera arrangement on the back.

If people were only buying iPhones to show them off, most people would still buy the comparatively cheaper iPhone 11 Pro, while the iPhone 12 Pro and the iPhone 13 Pro would be completely irrelevant. But the sales figures tell a different story. The iPhone 12 Pro and the iPhone 13 Pro have been very successful. The popularity of iPhones also means that an iPhone is also no longer a rare sight. It is the highest-selling phone in the world and even in India. More iPhones sell as compared to any other phone brand in the world. And with more people buying iPhones than ever before, the exclusivity factor has pretty much gone out of the window. Hence saying people buy iPhones just to flaunt them seems a little devoid of logic.

If the flaunt factor is out, then why do people buy iPhones?

Well, there are actually multiple sound reasons why people make this purchase. First, regular software updates even to five-year-old iPhones is the biggest edge iPhones have over Android. The fact that you get the same software and new features keep getting added on to even older iPhones makes them worth the slightly expensive price tag. This means after investing in an iPhone once; you can get new, updated software on it for as long as five years, keeping you up with most of the new features that come on the newer iPhones.

Apart from regular software updates, even the specs of an iPhone do not get outdated as promptly as the specs on Android. A three or four-year-old iPhone still performs very smoothly, while the same cannot be said for most Android devices. The chipset on even the almost two-year-old iPhone 12 can easily take on the high-end tasks and games as well as most of the Android flagship phones of today.

A huge factor that makes the iPhone a sound investment is its resale value. iPhones may be expensive compared to the competition, but the fact that you can get a really high resale value of a device you have used even for years makes it an even better value for money proposition – something many people do not associate with the word ‘iPhone.’

Do not get us wrong – the logo and the design of the iPhone make the phones stand out in the Android crowd and definitely add to the phone’s value. However, behind all that style is a lot of long-term substance and good old value.

Was this article helpful?
YesNo
TechPP is supported by our audience. We may earn affiliate commissions from buying links on this site.
Read Next
iOS vs Android: Does it Matter Who Copied Whom Any Longer?
#apple #Branding #iphone #Opinion #smartphones