It has been an odd kind of year for the phone series that many believe made Xiaomi the numero uno in the Indian smartphone market. The Redmi Note series has been the mid-segment flagship for Xiaomi since 2016, and as the brand keeps reminding us, had the phone series been an independent brand, it would have been among the top five in India. This year has, however, seen the Note 11 series follow a curious path, with three devices in the series launched thus far, and two more set to join the fray even as this is being written. And of the devices launched so far, the Redmi Note 11S is easily the most impressive. 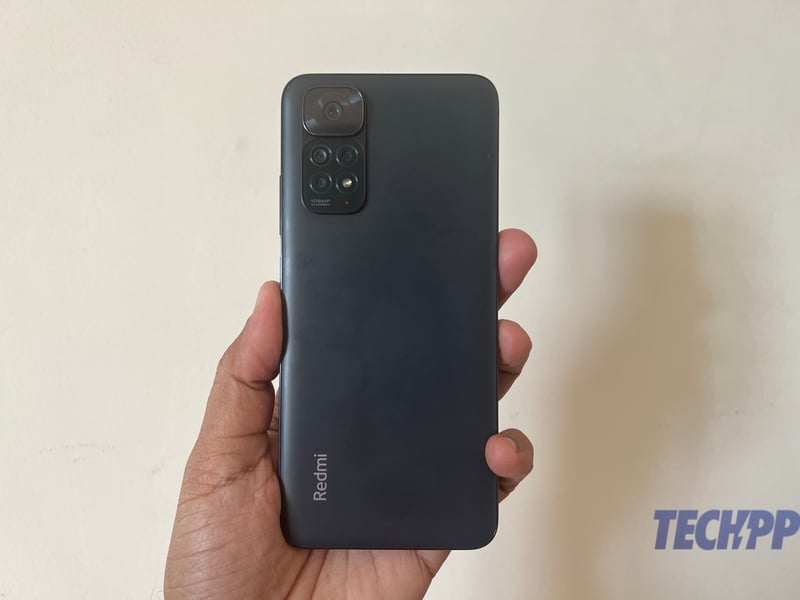 A Redmi Note 11 clone in appearance

There is nothing in its appearance to suggest that this is the most mighty Note of the series, though. In fact, in terms of looks, it is exactly like the Redmi Note 11. It too has a front dominated by a tall display with a punch-hole notch in the top middle. The sides are flat-ish and the back is curved carbonate with a rectangular camera unit housing a quad-camera set up, in a step-like arrangement, with one camera jutting out further than those below it. Port and button placements too are exactly the same – USB Type C and a speaker grille at the base, second speaker grille with 3.5 mm audio jack and an infrared port on top, side-mounted fingerprint scanner in power/ display button along with volume rocker on the right, and the SIM tray on the left. Even the proportions and weight of the Redmi Note 11S and the Redmi Note 11 are the same – 159.87 mm tall, 73.87 mm wide, 8.09 mm thick, and 179 grams.

The two phones also share two shades, Horizon Blue and Space Black. There is a slight difference in the white variant, though, with the Redmi Note 11S getting a slightly plain Polar White, while the Redmi Note 11 had a slightly more glittery-shimmery Starburst White. We got the Space Black variant for review and while it looked smart enough with a matte finish back that shrugged aside smudges and fingerprints, it did not really stand out from the smartphone crowd.

That ‘S’ in the name stands for specced-up!

Their outards might be near carbon copies of each other, but within those similar bodies reside two very different souls. Like the Redmi Note 11, the Redmi Note 11S also comes with a 6.43-inch full HD+ AMOLED display with a 90 Hz refresh rate, but powering the device is a MediaTek Helio G96 processor, which is a little on the old side but is still considered superior to the Snapdragon 680 on the Redmi Note 11. 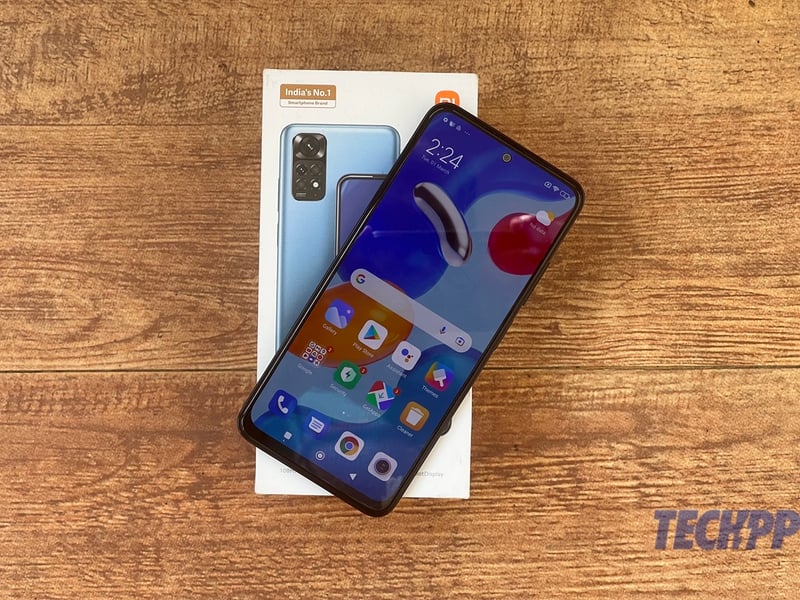 That processor and camera make a Note-able difference

That spec bump-up is reflected in the performance of the Redmi Note 11S. It is not a gaming machine by any means, but the Helio G96 enables you to get into high-end games like Call of Duty and Asphalt with a greater degree of comfort. Keep an eye on the settings and you will even get a decent gaming experience with resource-hogging titles like PUBG. Of course, the display and stereo speakers are among the best in its price segment, making this Note a bit of a mid-segment multimedia monster. 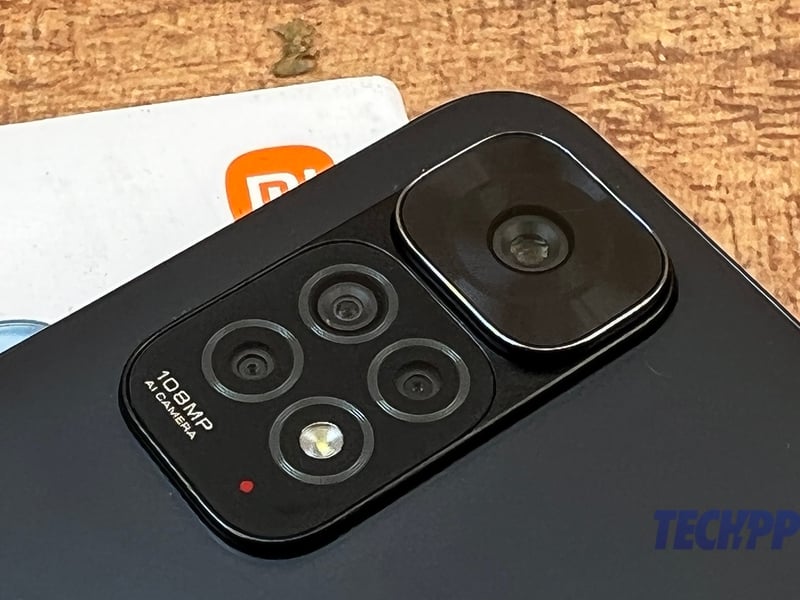 The 108-megapixel main sensor also places the Redmi Note 11S above most of the competition. We got some very good detail, with colors that were pleasant, although a little too bright sometimes. We did have a few issues focusing especially when getting a little close to the subject but these were not very frequent. Although the 8-megapixel ultrawide sensor loses out on detail, and the 2-megapixel depth and macro sensors do not bring much to the photography party, we would still rate this as one of the best cameras in its price segment. The front-facing 16-megapixel camera takes some very good selfies. Low light and video performance are both passable enough for social networks, which is generally the level one gets at this price point. 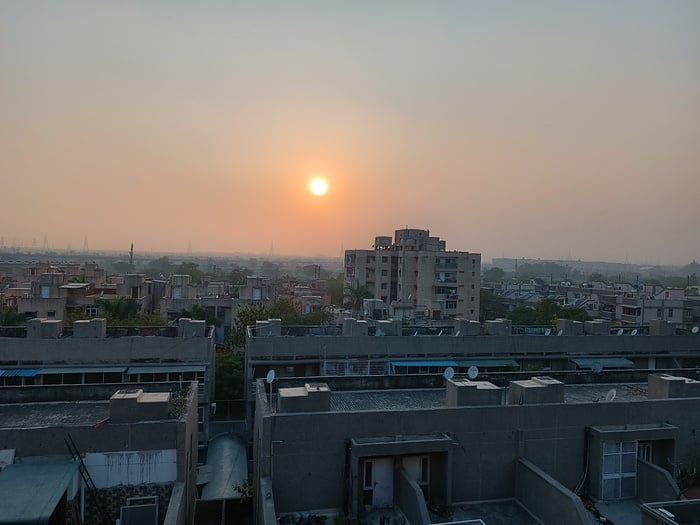 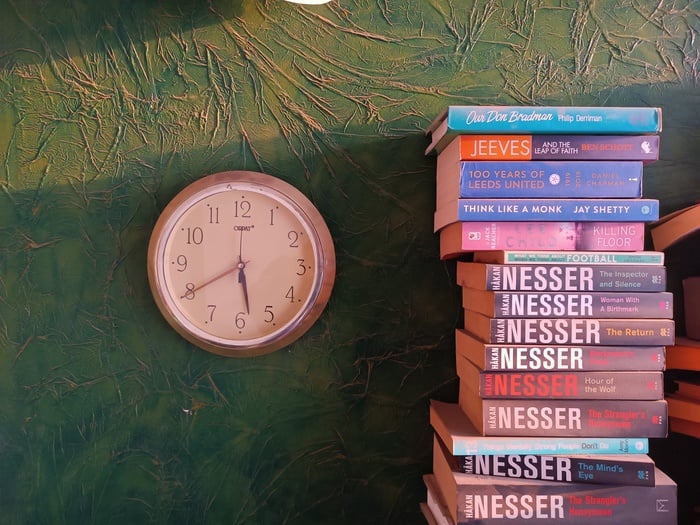 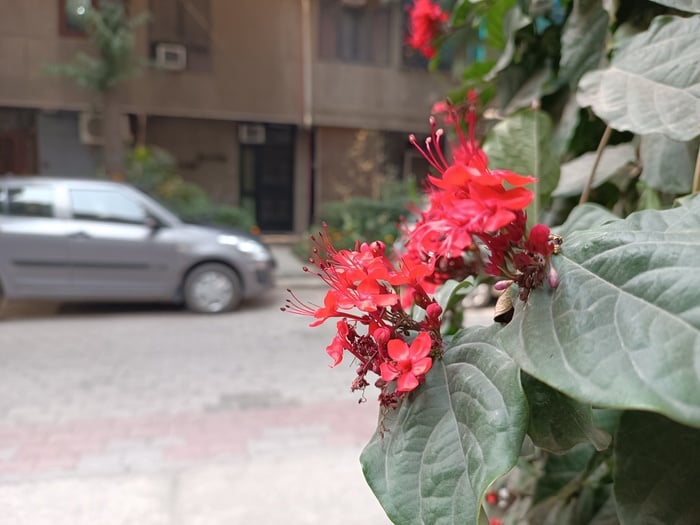 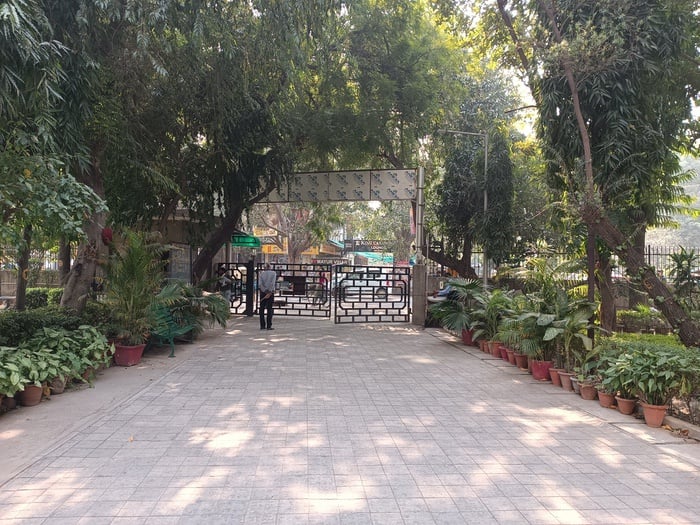 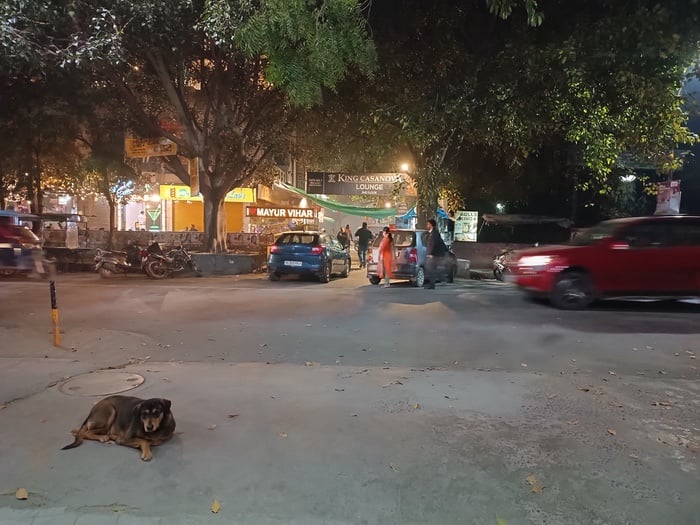 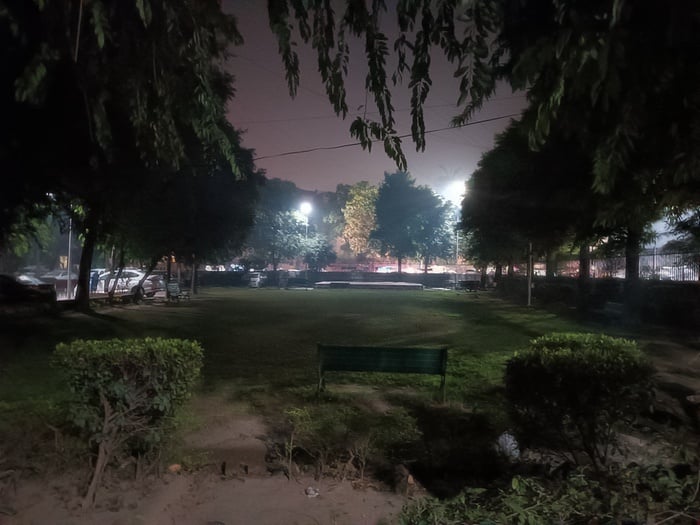 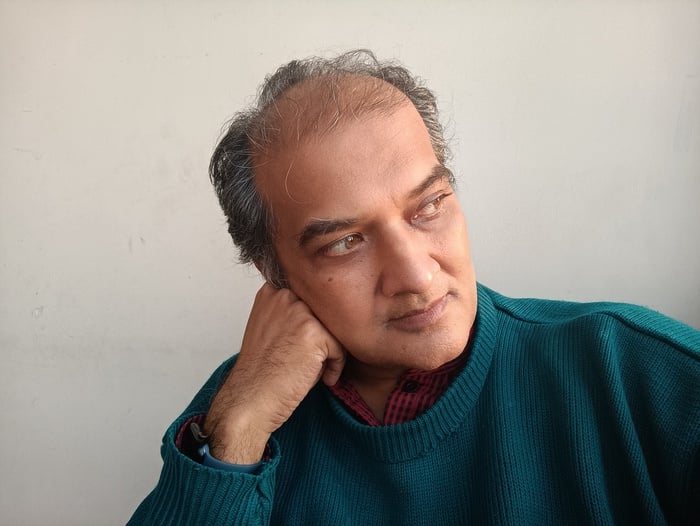 The one area where the Redmi Note 11S seems to trail the Redmi Note 11 is in battery life. While both phones have 5000 mAh batteries, the Redmi Note 11S tends to get slightly more than a day of use, as compared to the day and a half we got from the Redmi Note 11. It is decent enough, but not really exceptional. The bundled 33W charger charges the battery in about an hour, which is acceptable at this price point.

The phone comes with MIUI 13 out of the box, although on top of Android 11. We have always liked MIUI for its feature set and with ads gone, it is even better than before. We would have liked Android 12, though. There might be some who would be expecting 5G connectivity at this price point too, but there is plenty of evidence to suggest that there is a large segment that will be content with 4G as well. 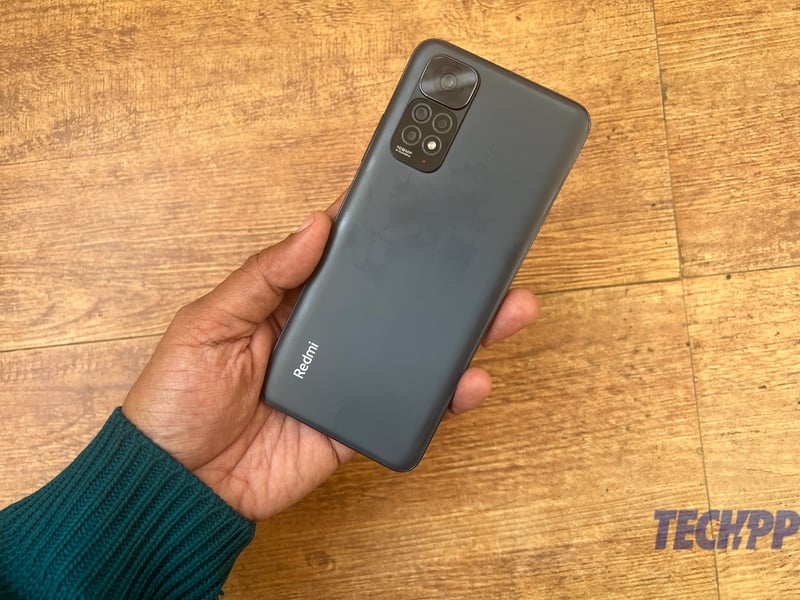 The Redmi Note 11S starts at Rs 16,499 for the 6 GB/ 64 GB variant, with the 6 GB/ 128 GB variant priced at Rs 16,999 and the 8 GB / 128 GB one at Rs 17,999. At those price points, it is a very good option for anyone not crazy about 5G. While it comes with the same price as its 5G-enabled sibling, the Redmi Note 11T 5G, the Redmi Note 11S scores over it in terms of camera and display. It is a somewhat similar story with the Vivo T1 as well, which starts at Rs 15,990 and boasts 5G and a very good Qualcomm Snapdragon 695 chip but gets beaten in the display, camera, and sound departments. The story gets repeated with the excellent Realme 9 Pro 5G, which starts at a slightly higher Rs 17,999 and also features the Qualcomm Snapdragon 695 chip and 5G as well as a very eye-catching design, but again finds itself losing out on the display-camera-sound combination that the Redmi Note 11S offers.

The Redmi Note 11S is not perfect, but in best Note tradition, it scores on basics and then throws in some features that the competition will find hard to match – in its case, the 108-megapixel camera, the brilliant AMOLED display, and those very decent stereo speakers. This is why we are terming this a mighty Redmi Note. It is easily the most powerful of the Redmi Note 11 series devices launched thus far, and we suspect will give ground only to its Pro siblings which are due to arrive soon.

Review Overview
Was this article helpful?
YesNo
TechPP is supported by our audience. We may earn affiliate commissions from buying links on this site.
Read Next
Redmi Note 11T 5G Review: A Redmi Note 11, but not THE Redmi Note 11!
#Redmi #Redmi Note 11S #review #xiaomi