At a time when most players in the mid-segment and upper mid-segment are mainly fighting it out on specs, it is fascinating to see how Oppo is sticking to its two core strengths – cameras (and selfie cameras in particular) and design. It is these two factors that make the Oppo F21 Pro a rather different proposition. In some ways, this is the Oppo Reno 7 Pro stylesheet being implemented at a lower price point – bring on the beauty, with just enough of the beast and the benchmarks. 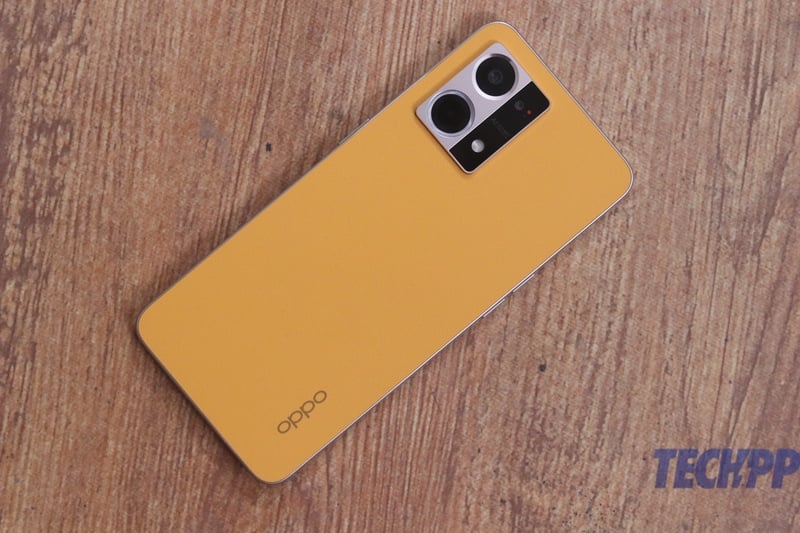 Just like the Reno 7 Pro, the Oppo F21 Pro grabs attention with its appearance. But with sass rather than class. We got the Sunset Orange variant (there is also Cosmic Black), and well, in terms of color, there is nothing like this out there. The back is a very mango-ish yellow-orange and is what Oppo calls fiberglass leather. It looks very smooth from a distance but actually has a slightly leather-like texture when you touch it. It definitely looks very lively. Even the routine rectangle shape of the camera unit on the back has a twist to it – part of it is bronze-colored, and the remaining is black. Thanks to that back, there is no way in which this phone will not attract attention. The front is more standard with a tall 6.43-inch display, with a punch hole notch in the top left corner, surrounded by slim bezels.

Oppo has called the design of the F21 Pro “retro,” but we think it is pretty much keeping in with the times – a flat back and mostly straight sides. The sides of our unit had a bronze and metallic shade, which went very well with that bright orange back. The volume buttons are on the left along with the SIM card slot, the power/display button on the right, the base has a speaker grille, a USB Type C port, and a 3.5 mm audio jack, and the top is totally plain. At around 7.5 mm, this is a very slim phone. Add to that a weight of around 175 grams (light by modern standards) and a height of 159.9 mm (same as the Redmi Note 11), and we would say that this is a phone that’s comfortable to use and carry. It has a solid feel to it, although we would have liked to see some dust and water resistance. 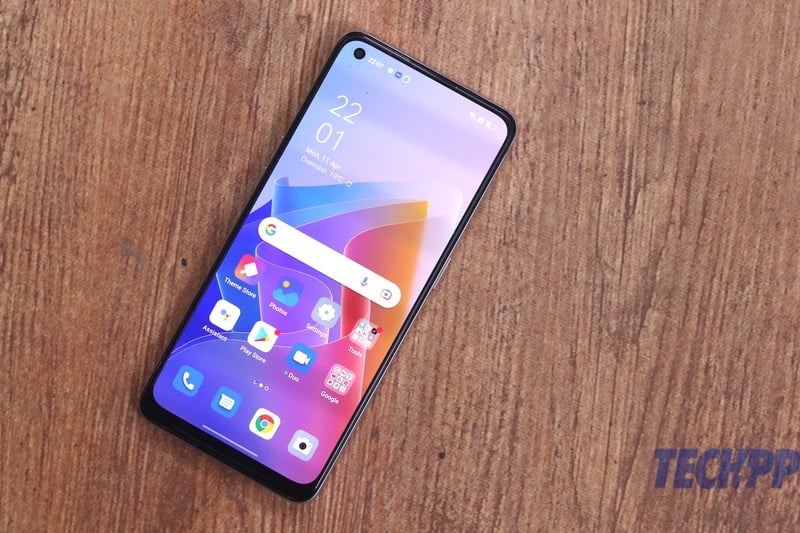 If the Oppo F21 Pro punches above its price weight in design and appearance, it is a bit underwhelming in terms of specs and performance. Now, that does not mean that this is a bad performer. Far from it. The 6.4-inch full HD+ AMOLED display with a 90 Hz refresh rate is bright and colorful, and the Snapdragon 680 processor inside that colorful frame is more than capable of handling routine tasks and even casual gaming. 8 GB RAM with space for 5GB of RAM expansion and 128 GB storage, expandable using a memory card, is more than enough for multi-tasking and daily use. It is, however, not really meant for high-end gaming. You can play the likes of Call of Duty and Asphalt, but only after turning down the settings. The single speaker delivers impressive high volumes but lacks that immersive feel that stereo speakers bring to the table.

Oppo’s Color OS 12.1 on top of Android 12 comes with a number of features and is cleaner and smoother than before. There are some nice touches like air gestures and better-looking 3D icons. The phone comes with an in-display fingerprint scanner which is speedy enough, although not as quick as its physical button counterparts. The 4500 mAh battery will easily see out a day of normal use, and the 33W SuperVOOC charger in the box will charge the phone from zero to full in about an hour. The Oppo F21 Pro is a great phone for everyday use. 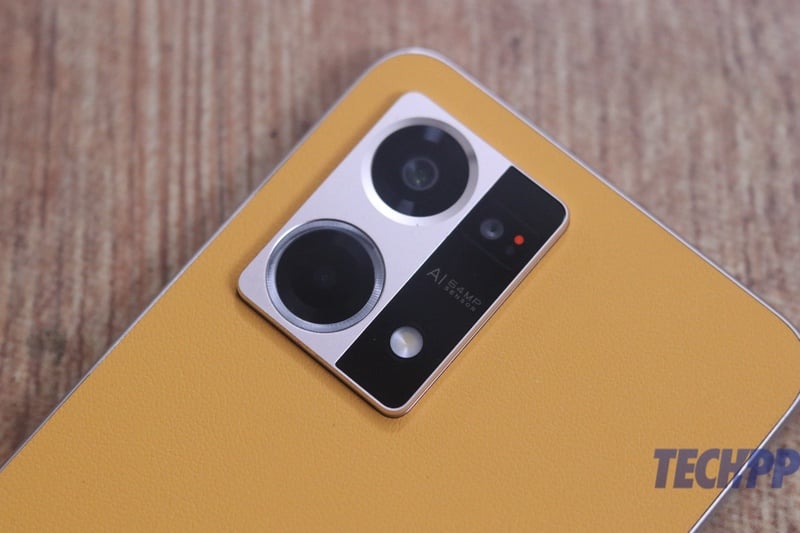 The F21 Pro is a good performer in the camera department as well as long as you stick to the two big sensors. The rear has three cameras – a 64-megapixel primary sensor, a 2-megapixel micro (as in microscope) sensor, and a 2-megapixel sensor. The front has a 32-megapixel Sony IMX709 sensor, which Oppo calls “flagship-level” as it captures more light and reduces noise.

There are plenty of image snapping options, this being an Oppo, with Bokeh Flare Portrait being the most talked about. We will keep things simple: use the 64-megapixel rear camera and the 32-megapixel selfie, and you will generally get super pictures, especially when the light conditions are good. The colors are going to be a bit on the poppy side, but we have no complaints about that. Low light performance is not quite as good, and there is a fair bit of AI involvement in attempting to light up dark parts of images. Selfie HDRs, for instance, seemed almost artificial at times, with bokeh almost seeming forced. However, use the main cameras in default settings, and you will get very good images, rich in detail and ultra-rich in color. We would even say that the selfie camera is one of the best in its segment. Videos are passable for social media. 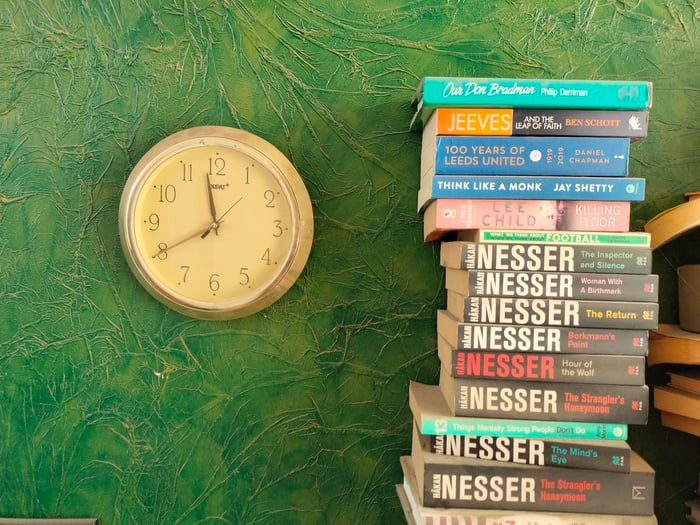 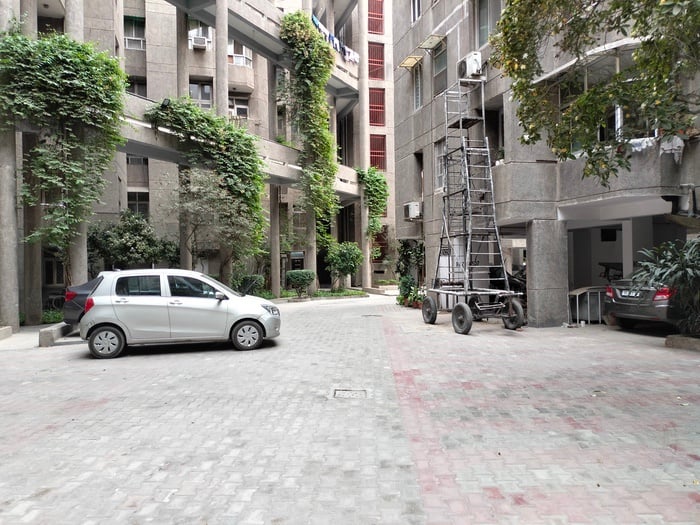 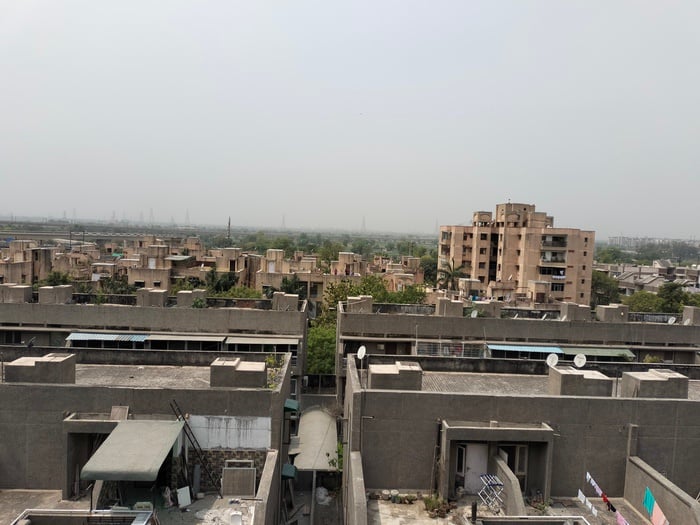 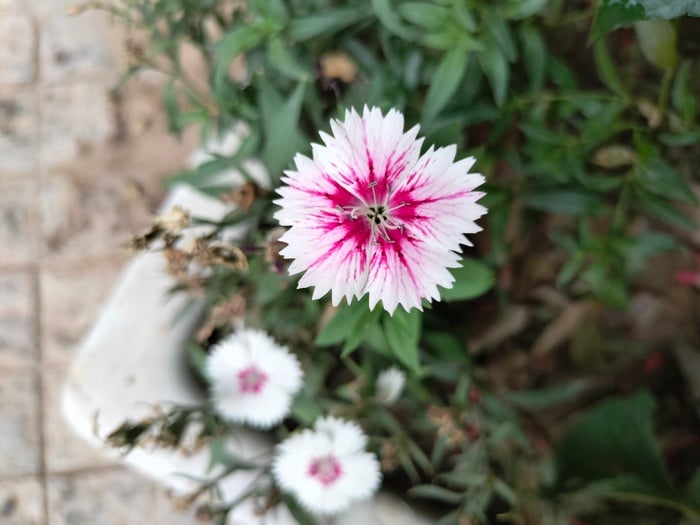 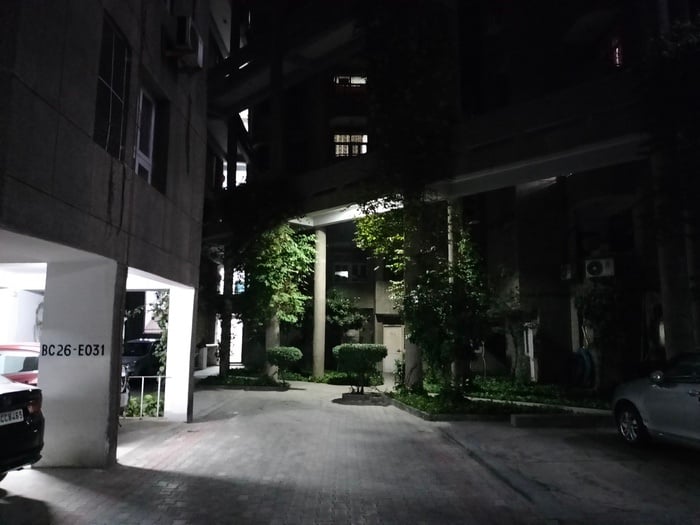 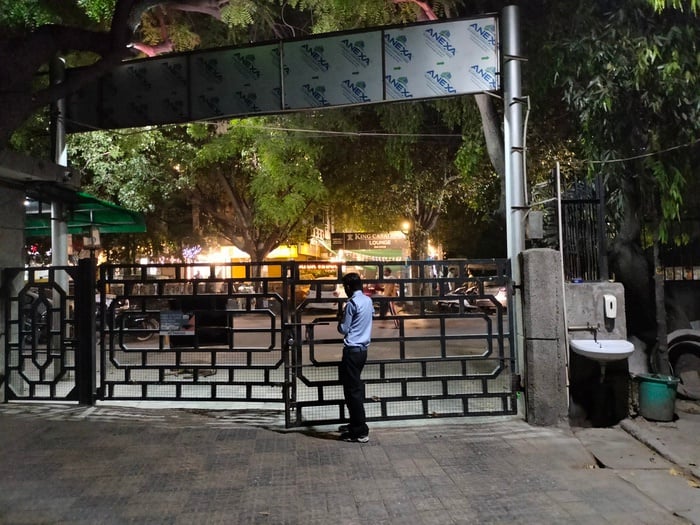 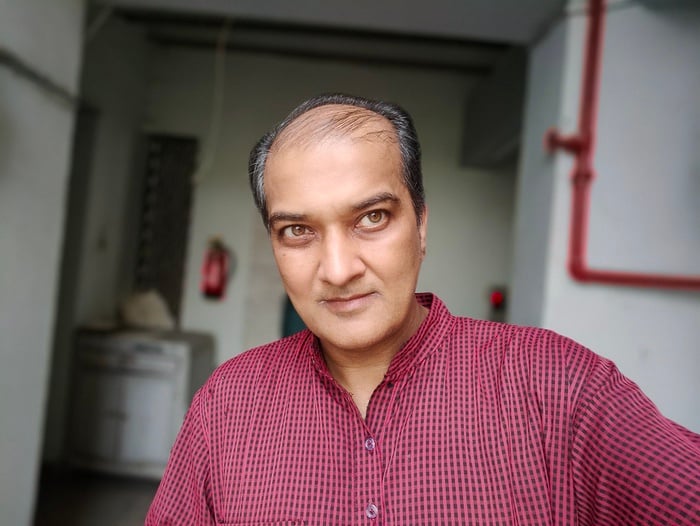 Oppo has tried to portray the 2-megapixel micro camera as a great tool for taking ultra close-ups, but we found its performance to be a little inconsistent. You do need to be crazily close to an object, literally in centimeter and millimeter terms, to be able to capture it, and even then, you might not get a very clean shot. It is an interesting concept but needs work.

Not about specs, but about the spectacle 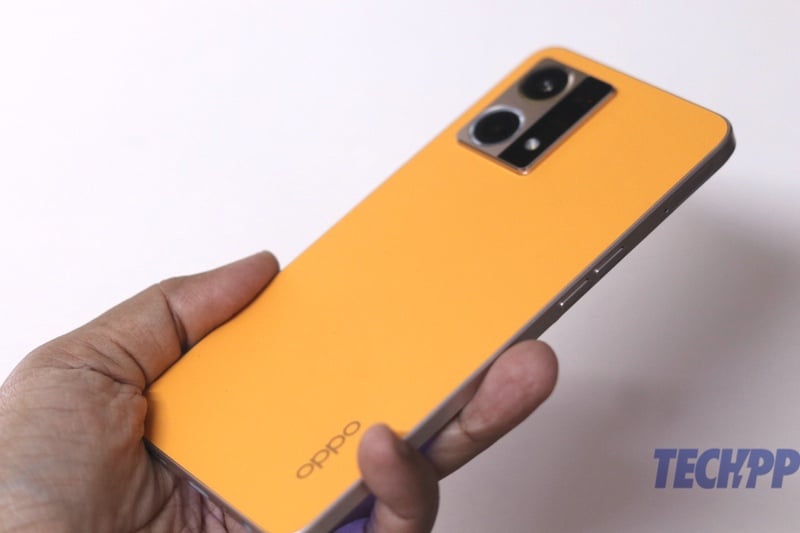 Though it might be an admirable daily driver for routine tasks and good for photography, the Oppo F21 Pro is not in the same spec class as a lot of its rivals. It is priced at Rs 22,999 for its sole 8 GB/ 128 GB variant. At that price point, phones are coming with bigger displays with high refresh rates, way faster processors, cameras with higher megapixel counts, 5G (something the F21 Pro lacks), bigger batteries, and faster chargers. A Redmi Note 11 Pro+, for instance, starts at Rs 20,999 and simply looks in a different league with its 6.67-inch AMOLED display with 120 Hz refresh rate, Qualcomm Snapdragon 695 chip, a 108-megapixel main sensor, and 5000 mAh battery with 67W charging, and stereo speakers as well.

The F21 Pro is, however, a style warrior rather than a spec one. As a result, we can see a lot of folks liking its design and appreciating its camera prowess. Yes, there might be better “value for money” devices out there in spec and even performance terms, but the F21 Pro is not really competing on those parameters. It performs more than adequately on routine, everyday fronts and throws a few good camera punches, but its real killer punch is the design. It is a formula that has worked before. And might well work again.

Review Overview
Was this article helpful?
YesNo
TechPP is supported by our audience. We may earn affiliate commissions from buying links on this site.
Read Next
OnePlus Buds Pro 2 Review: Great buds for pro bros with OnePlus devices
#oppo #Oppo F21 Pro #review