Automating repetitive actions is an efficient way of performing your day-to-day tasks. Android, being open to tweaking and customization, offers you the ability to automate various trivial and tedious actions on your device, so you don’t have to perform them manually.

For instance, with automation, you can change certain device settings using specific triggers, send text/email based on a set criterion, reduce battery drain when it’s too low, and automate file backups, among other things. Also, home automation has become a norm rather than an exception in recent times.

All you need to do any of this is an automation app. Google Play Store has several automation apps for Android. Here’s a list of the best ones that can help you achieve your automation goals.

Tasker is one of the most powerful automation apps on Android. It supports over 350 actions, which you can use to automate a lot of your mundane tasks in the day-to-day routine to perform them automatically. In some sense, this can also take away your dependence on third-party apps you otherwise need to download for certain tasks on your device.

At its core, the power of Tasker lies in its ability to automate tasks based on context. In other words, this means you can perform an action based on a specific time, date, location, event, or gesture. One example of this is automating your device to change the sound profile when you leave a particular location, say, your home or office.

Besides all of these action automation, the Tasker Android app can also help you backup files to your device or preferred cloud service. That way, you won’t have to do it manually and, therefore, don’t risk the chances of losing your data when something goes wrong with your device.

Although Tasker doesn’t need root access for automating most actions, some device settings and actions do require you to be rooted.

MacroDroid is another powerful Android automation app. It can help you automate various system tasks and includes support for a range of actions—just like Tasker—but with a relatively easy-to-use interface.

Automations in MacroDroid are called “macros”, and you can either create them yourself or download them from the MacroDroid community. If you prefer the former approach, you get around 70 different triggers, with the ability to automate the control of over 100 actions. Not just that, it also offers constraints, which give you more granular control over triggers, so you can create macros just how you want.

As with many other automation apps, the MacroDroid app has support for third-party plugins as well, including those from the Tasker community, that you can use to extend its capabilities even further.

MacroDroid may require root access for certain kinds of automation.

Automate is a fairly easy-to-use app for automating basic repetitive tasks on your Android device. It offers over 350 actions and primarily uses flowcharts, which require you to join action blocks to create a “flow” that accomplishes your desired tasks. For example, it can automatically text your spouse when you start driving from work or schedule file uploads to Google Drive.

However, this ease of use comes at a cost: Automate is better suited for basic to intermedia automation as it can sometimes get difficult to automate complex tasks in it.

But having said that, there’s still a whole lot you can do with Automate. Like, for instance, if the built-in actions don’t suffice your requirement, you can even use Tasker plugins to create a flow.

Alternatively, if you’re starting out with automation and finding it difficult to create flows yourself, you can download ready-made flows from the community to get started.

IFTTT (or IF This Then That) is more than an average Android automation app. In addition to helping you automate certain Android tasks, IFTTT can also communicate with smart devices at your home and various online services to help you automate all the related tasks.

For example, you can use IFTTT for anything as simple as turning on smart bulbs to cross-posting content across different sites. However, not all IFTTT recipes are available for free, and you need to subscribe to the Pro plan to unlock access to unlimited applets and more.

In essence, if what you’re looking for is automation around your connected devices (via Google Assistant or Siri, or Alexa) and various online services, IFTTT is probably the best automation app for your requirement. But if you need an automation tool that specifically offers extensive Android automation features, then you must consider other options on this list.

IFTTT is also compatible with Wear OS, so you can use it to automate tasks on your smartwatch too. It’s easily one of the most popular automation apps for Android. 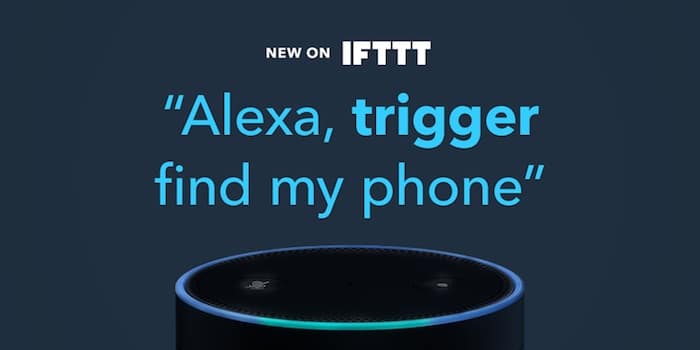 AutomateIt is another popular automation app that has been around for a while. It offers a decent number of triggers and actions to help you create rules for automating various tasks on your Android device.

Defining these rules is pretty straightforward, and you can also choose to download the ones created by the community. What’s best about AutomateIt is that it includes a bunch of default rules to help you get started.

Do note, however, that the free version of the app offers limited triggers and actions. So should you wish to create complex workflows on your device, you’ll need to upgrade to AutomateIt Pro to unlock all its features.

Get the Most Out of Your Phone With Android Automation Apps

Automation apps make it really easy to automate the mundane and repetitive tasks on your Android phone, so you can perform them more efficiently and also carry out tasks you otherwise wouldn’t imagine doing manually.

Of course, choosing the right app is important before you begin automating tasks on your device, and so is ensuring that the one you’re using isn’t malicious. We’ve listed these apps since they haven’t been reported to abuse system permissions and, of course, offer a great range of automation options than other apps on the Play Store.

Which is the best automation app?

How do you automate things on Android?

To automate tasks on your Android smartphone, you need an automation app. We've discussed various automation apps in the article above, which you can check out to find one that best suits your requirement, after which, you can start using the app to get acquainted. In some cases, you'll get a bunch of default workflows to give you an idea about the apps' working, whereas in other cases, you'll eventually get used to the app as you continue to use it. You can also use the internet to check out the supplementary docs to learn how to create better workflows.

Is Automate safe to use?

Automate is pretty safe to use. It communicates over HTTPS, stores credentials in an encrypted format, and as per its website has "passed a comprehensive 3rd party security review from Salesforce as part of its partnership program", so there's nothing odd that strikes out about the app at the time of writing this.

Was this article helpful?
YesNo
TechPP is supported by our audience. We may earn affiliate commissions from buying links on this site.
Read Next
NothingOS Made Me Realise How Much Overrated Pixel UI Is
#android #automate #automateit #automation #Best Apps #ifttt #macrodroid #tasker