iOS 4.0 update was released just a while back and already the iPhone dev team has updated their RedSn0w tool to jailbreak iOS 4 running on iPhone 3G / iPod Touch 2G. This version not only hacktivates the device but also jailbreak its on iOS 4.

RedSn0w 0.9.5 beta 5 was released sometime back which could jailbreak iOS 4.0 GM candidate. The same beta version has been updated now to Redsn0w 0.9.5b5-3 to jailbreak iOS 4.0 final release. One needs to remember that the tool is still in beta, so expect some bugs to be present. Also, you must let cydia to reorganize, reload, and update after using Redsn0w 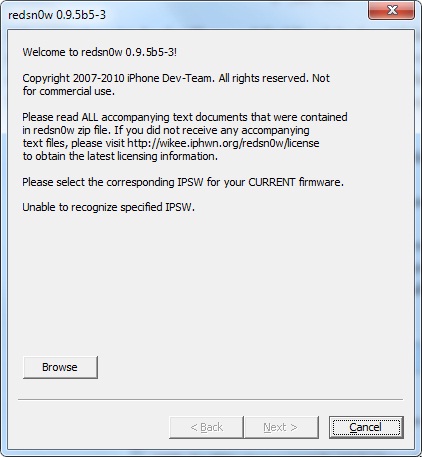 Also note that the updated Redsn0w 0.9.5 Beta 5 only supports the iPhone3G and iPod Touch 2G with iOS 4.0 final. iPhone 3GS users must not attempt to update to iOS 4.0 since there isn’t any jailbreak tool for iOS 4.0 on iPhone 3GS available yet.

If you are looking for the step-by-step guide to jailbreak iOS 4.0 on iPhone 3G using RedSn0w 0.9.5b5-3, you can check out our previous guide since the instructions remains same except for the installables.