9 Tablets Hoping to Challenge the iPad 2

The iPad2 is the undisputed king of the tablet market. But many tablet PCs have made their way into the market with a hope to knock off a significant chunk of the iPad2’s market share. Some are already released models while others are set to enter the already busy market. Here is a brief look at some of the best competitors to iPad 2. They may or may not challenge the dominance of iPad, but definitely worth a look. 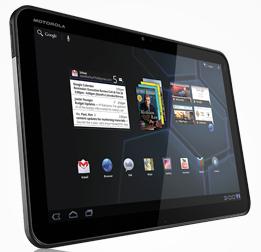 Motorola Xoom runs on Android 3.0 (Honeycomb) powered by a Nvidia Tegra 2 duo-core 1GHz processor. There is a 10.1” screen a 2MP frontal camera, a 5MP rear camera and unlike the iPad2, supports SD card. It is viewed by many as a true challenger for iPad 2, mainly because it can masterfully substitute the computer and you need not to be dependent on your PC. All that you need is just the charging socket. 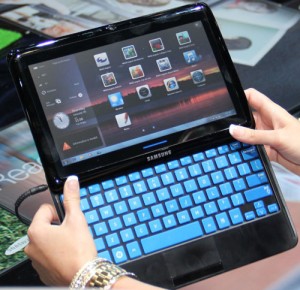 Samsung has so far shown the most promise in challenging the iPad’s dominance. The TX100 has a 10.1 inch touch screen and is powered by Windows 7 phone OS. It has a slide out QWERTY keyboard and has a 9-hour full-use battery life. I have personally tested this handset and must say that I was surprised by its performance, proving that Samsung leads the Android battle against Apple. The $700 price is not an affordable one, but at least you don’t have to select from a bunch of versions, as in iPad’s case. 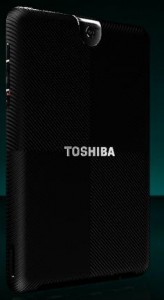 One of the most recognisable brands in laptops is inevitably going to be taken seriously when they venture into the tablet PC market. The Toshiba Tablet runs on Android 3.0 and features a 10 inch touch screen. This tablet has an astonishing, yet simple design. The rugged surface is the one that gives a real nice feeling to the fingers and takes your experience to another level. 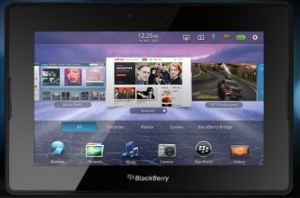 Blackberry phones have been the only other smart phone brand other than the iPhone that can boast fierce loyalty by its users. The Playbook is Blackberry’s attempt to replicate the same success on the tablet market. It is 10mm thick, has a 7 inch touch screen and supports 4G. It had a lot of errors and critique from its launch, but RIM seems to have fixed some of them. 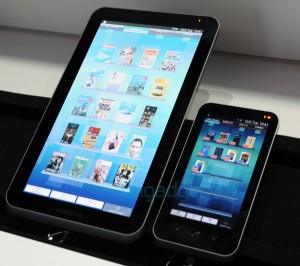 Launched in Japan towards the end of November 2010, it has a 10.8 inch screen and has Wi-Fi capabilities that make it easier to link to Sharp’s e-bookstore. This is one of the most unknown tablets as it is still at the concept level, but the tablet surely has a nice future as it will target the mass market, rumors suggesting that it could have a good price. 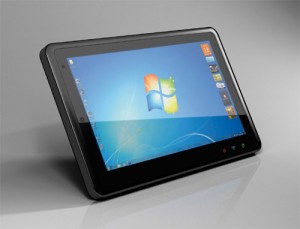 The iTablet is compatible with Android OS and Windows 7 Phone OS. It is built with a 1.6GHz Intel Atom processor, 32 GB internal memory and 2 USB ports. While it may not boast with a sleek design, this tablet is actually more resistant to shocks, as some experts suggest. Also, another interesting thing is that it has the ability to boot two different operating systems: Android and WP 7, so whenever you feel like embracing the green robot, you are free to do so. 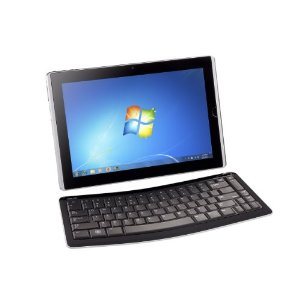 The EP121 has the capacity to run the standard Microsoft Office suite of applications. It has an Intel Core i5 processor and a large 12.1 inch touch screen. This gizmo shows the fact that many consumers are not yet acquainted with the concept of the tablet and they need to be steadily presented the intermediary products. Slate EP121 combines the idea of a tablet and a fully functional keyboard. 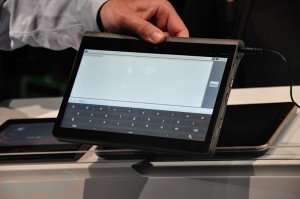 The Adam’s curved top is not only an attempt to distinguish itself from the standard shape of tablets but is also said to provide a better grip. The powerful Pixel Qi technology is probably its strongest selling point as it makes the screen easy on the eyes. This tablet has an interesting design, the curve forming an angle that allows the owner to be more relaxed and obtain a much more pleasant experience. However, from what we see in the picture, the slate appears to be a little too thick comparing to other sleek devices. 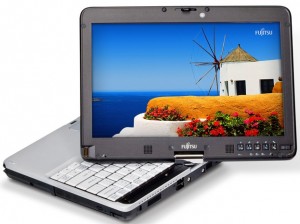 It runs on Windows 7, is underpinned by 2GB RAM and an Atom Z670 processor. There are also the convertible and the slate PC versions. The price for the tablet is not for the average Joe, the slate being valued at 1,200 $, probably because of the physical aspect of a netbook. It sports the following features: