It’s official! Google and Intel will work together on making a version of Android for x86 users. Intel has said before they are looking towards the mobile market and so, Google will be developing Android for ARM and x86 platforms, but until then, we have to make due with what is available now, and that is liveCD with Android OS.

How To Install Android on PC: 3 Easy Tools

Android is proving to be a loved OS, and it should be: it’s fun and easy to use and it’s fast! Its no wonder why so many people want it on their PC’s and laptops. There are a few methods of enjoying Android on something else other a phone and all work really good. I’ll be honest to you, it sounded stupid when I first heard of this, but after trying this on my old (useless) laptop, I saw how great is to play some Android games on your big desktop! 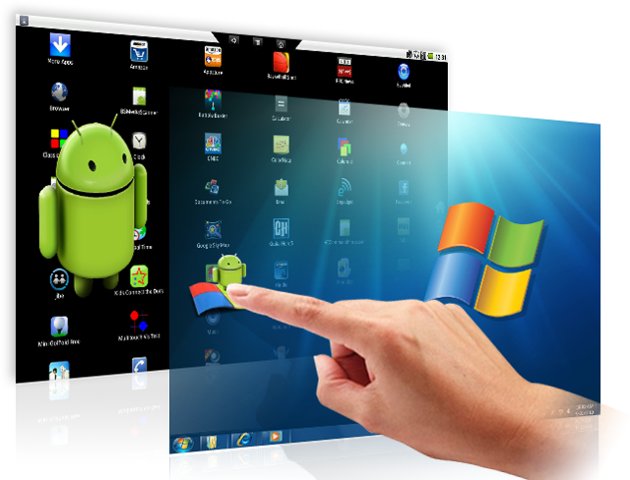 First of all, this is a Windows 7 Widget that looks like a Android home-screen, called BlueStacks. It allows users to play some Android games and use apps pre-loaded or download an additional 26 apps from BlueStacks app store, where they have to register via a Facebook account.

The apps run in full-screen mode and on the bottom of the screen, it has the Android Menu, Back, Rotate and Zoom buttons. Though its a little odd playing on the Android platform from a keyboard and mouse, on a notebook with a multi-touch pad, the sensation is quite nice. Another cool feature of BlueStacks is the Cloud Connect, which let’s you send and receive apps between your phone and PC. 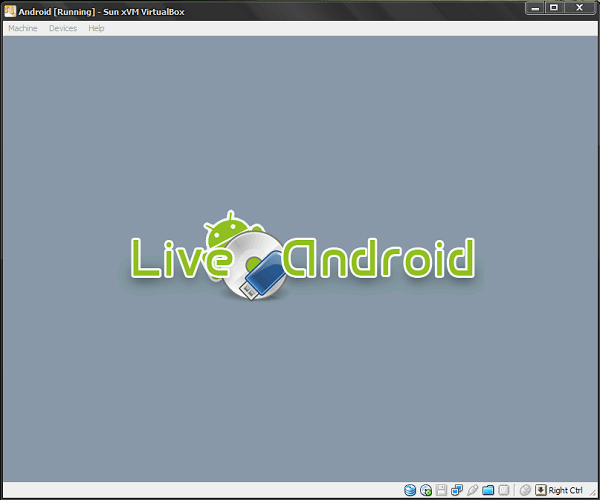 The second way to use Android on a computer is to install it from a liveCD or an USB memory stick. This process is a little more complicated, it requires the download of 2 separate image files and “fusing” them before burning to a CD or memory stick (you will have to select different images for the liveCD and USB memory stick, so be careful what you chose).

The project is called Android-x86and it consists of a team that tries to provide a solution for Android on Eee PC’s and x86 platforms. The team managed to work up to Android 2.3 Gingerbread, but we are confident they will soon have Honeycomb ready for the x86 consumers. To create a liveCD or a bootable USB drive, using LiveAndroid, you have to follow these 3 steps: 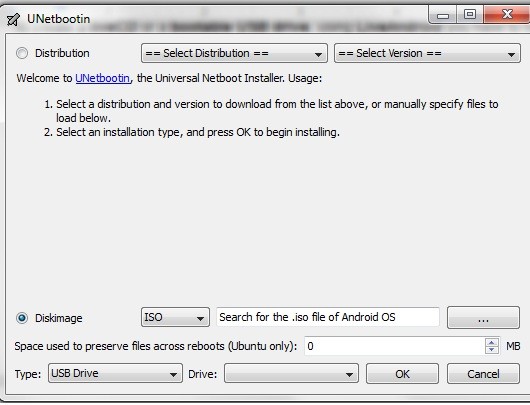 Another way to do this, is to install a software on your computer, called UNetbootin, where you just have to browse your computer for the Android OS image file (you have to download a ISO image of Android OS separately), select the USB Device/HDD/liveCD from the drop-down menu and click “OK”. UNetbootin makes your UCB/VD and all you have to do is boot it and enjoy Android OS.

After you finished making your bootable USB or live CD with either method, when you boot Android, you will see the welcome screen with the install or liveCD options. You have to select the task you want, test Android or Install it on your computer. If you chose to install Android on your computer, just follow these steps:

Suggested Read: [How to] Install & Run Android on PC or Netbook

These methods were tested and all work fine, so if you are not convinced on whether the buy an Android phone, or just cant get enough of Android, you can now test it on your computer. After we played around with it some time, we noticed it works extremely fast on the computer, also, it has the possibility to connect to the Internet via wireless networks or old-fashioned cable. I must admit, I was skeptic about using Android OS on a PC in the first place, I thought it had no use, but now I am testing all the games there are in the Android Market!

Was this article helpful?
YesNo
TechPP is supported by our audience. We may earn affiliate commissions from buying links on this site.
#install android on pc #UNetBootin