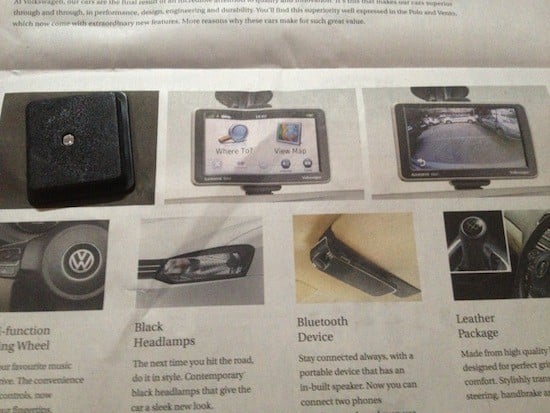 Feel the shiver of excitement?

Volkswagen is aiming to pass on the message “Feel the shiver of excitement?” while advertising their cars which come with in-trend geeky features like Navigation system with rear-view camera, multifunction steering wheel, Bluetooth connectivity support and more.

This is a great way to garner attention of the customers by physically attaching a motor which sets off automatically, thanks to the simple light sensor on top. Unsuspecting readers will be taken aback for a while and that will ensure they sit back and read through to know what’s happening.

If you haven’t got a chance to see how it works, here is a short video I took this morning.

Was this article helpful?
YesNo
TechPP is supported by our audience. We may earn affiliate commissions from buying links on this site.
Read Next
What is UPI Lite and How to Enable it on Any Device [2022]
#advertising #india #newspaper #Volkswagen