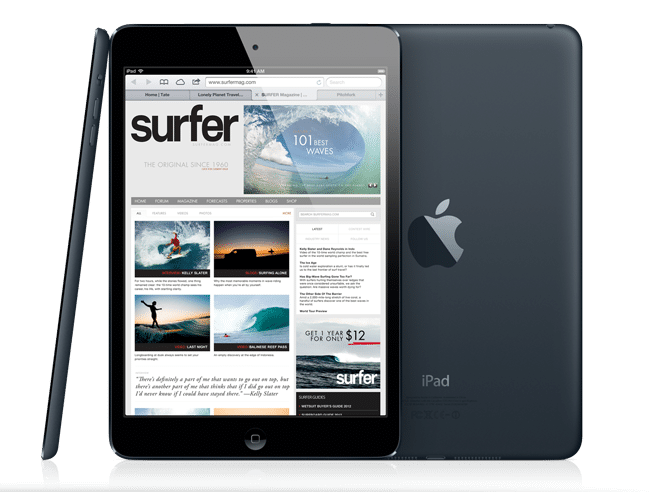 It’s official guys! Though we knew most of the stuff about the iPad mini, this little beast still looks attractive for sure. The 7.9-inch display has the same 1,024 x 768 resolution as the iPad 2 (hence, no Retina display), extremely thin form factor of just 7.2mm and light weight of 0.68 lbs and 10-hour battery life!

It features a dual-core A5 chip, the latest Lightning connector, 5MP back camera and FaceTime HD front camera as well as 2x faster WiFi and the same aluminum back as seen on bigger iPads. If you are saddened by the older A5 CPU and the non-retina display, you’d be happy to know that the iPad mini will come with LTE support.

While announcing iPad Mini, Phil Schiller stressed the fact about how easy it is to hold the iPad mini with one hand. He even dared to compare the latest product with the most popular Android tablet, the Nexus 7, saying that the iPad mini is much lighter and much thinner in spite of having a display area that’s a third larger. 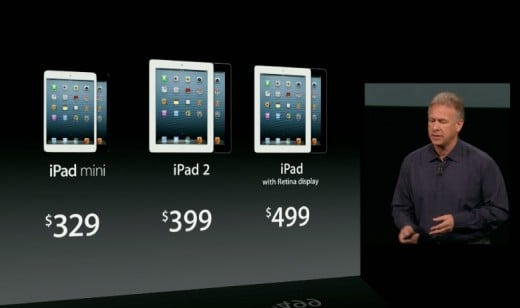 There were some rumors about the starting price of iPad mini to be $249, but that has turned out to be more of a wishful thinking than fact. With $329 as the starting price, Apple has stuck to their premium pricing and seems confident that consumers will continue to buy their philosophy of no-compromise quality at premium prices.

Pre-orders for the iPad mini will go up on Friday, October 26th in US, Australia, Austria, Belgium, Canada, Czech Republic, Denmark, Finland, France, Germany, Hong Kong, Ireland, Italy, Japan, Korea, Luxembourg, Netherlands, New Zealand, Norway, Poland, Portugal, Singapore, Spain, Sweden, Switzerland and the UK. The orders will ship for the Wi-Fi only model on November 2nd. The 3G/4G ones will go out on November 9th.

Was this article helpful?
YesNo
TechPP is supported by our audience. We may earn affiliate commissions from buying links on this site.
Read Next
[Review] iPad Mini (6th generation): The Mini gets Maxi-mized
#iPad mini