Nokia is back in the smartphone battle and its flagship product – Nokia Lumia 920 – has enough features to compete with such giants as the iPhone or Samsung’s Galaxy S3. There are enough reasons to say that Nokia Lumia 920 disappoints, but there are also plenty of reasons to consider it a well-crafted product from Nokia. We know how much the Finnish company has been struggling in the past years and for the sake of what Nokia used to mean, let’s hope Lumia helps them regain their lost name.

Windows Phone 8 has been launched and now Nokia won’t be alone in this ecosystem and this might prove to be a helping hand for them. Some might find the Lumia 920 too big and bulky, while others might enjoy its unibody design, innovative camera and wireless charging. Early reviews of Nokia Lumia 920 will help you decide. 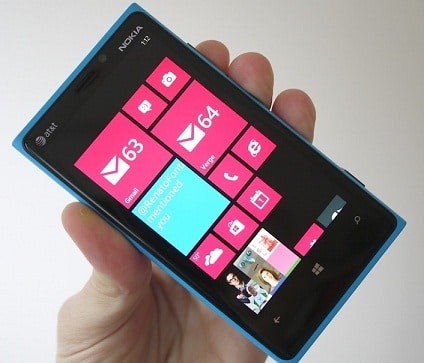 The Lumia 920’s hardware and design is top-notch, the screen is lovely, and the camera is a marvel in low light — but you can’t ignore just how big and bulky the phone is.

The Nokia Lumia 920 is a good all-around smartphone, but because of its size and weight, I wouldn’t recommend it for everyone. There is no one broken, terrible, or unfinished feature to push you away, and innovations like Wi-Fi charging and gloved use are unique draws that no other competitor can offer.

We had high hopes for this phone, and it delivers in so many places – including those that the HTC 8X doesn’t – until the moment you pick it up and hold it in your hand.

As Microsoft’s app catalog continues to catch up with iOS and Android, the Lumia 920 is the best reason yet to switch to Windows Phone.

Our conclusion is simple and similar to yours – Nokia Lumia 920 is indeed impressive, but its size makes it a “monster truck”. And just like a monster truck, it will have a limited amount of users. There are so many smaller smartphones that can offer slightly equal features that I’m not sure it’s worth to bet your money on the Lumia 920. But, then again, there are plenty Nokia fans out there and I don’t want to ruin your party with this babe.

It has good camera, it has a distinctive design on the market, it has special features, it has good speeds, it has wireless charging and it seems pretty resistent. But it’s big. If you don’t mind that, then Nokia Lumia 920 is as good a smartphone just like the iPhone or Galaxy S3.