The battle is on: Android, iOS, Windows Phone 8 are the three biggest rivals in the mobile world. Android and iOS are already grown-up bullies while Windows Phone 8 right now seems like a shy, new kid in the block. And this kid has just started to modestly gather friends around him. Many Nokia and Windows lovers expected the first Windows Phone 8 smartphone to be released by Nokia but that honor has been stolen by Samsung, with Samsung ATIV S. Then Nokia tried to mesmerize us with its latest, flagship Windows Phone 8 – the Nokia Lumia 920.

For a considerable amount of people (including Nokia’s investors and shareholders), Nokia Lumia 920 was a disappointment. Usually, after an iPhone announcement, Apple’s share climb (they also climb quite a lot before the announcement itself). Nokia’s shares fell by 13% right after Nokia Lumia 920 and 820 were introduced. The same happened when Apple introduced the iPhone 4S, Apple’s share decreased by 5 percent, but then they quickly picked up and one year later, Apple’s shares value has doubled!

What we learn from Nokia’s and even Apple’s quick shares drop is that investors and consumers alike don’t like incremental updates, evolutionary leaps. People want breakthrough products, awe-inspiring devices that would make them say – “shut up and take  my money!”. And that’s exactly what an agonising company like Nokia needs. Can you imagine that there were rumors at one point that Lenovo could buy Nokia? Nokia Lumia 920 had to be an revolutionary handset for Nokia to envision a bright future. Sadly for them, it isn’t.

Returning back to our short stock analysis, have a look at the graph. That’s Nokia’s graph for the past two years. We can clear see that their stock value has dropped by 4 times! Starting with July, when the rumors about Nokia’s first Windows Phone 8 devices appeared, the stock seemed to have gone on a rising trend, but then, it all tumbled after Nokia Lumia 920’s announcement! And who’s there to help Nokia besides the products that they’ve already launched? They don’t have a tablet, do they? So, when your stock value goes down right after your flagship product is announced, that speaks for itself.

People generally love diversity. Maybe that’s not the case with Lenovo’s deathless design for laptops, but it surely is valid for smartphones. I’m sure you haven’t forgotten about the N9 from Nokia. Back then, that design was an absolute stunner, managing to surprise with a butonless, monoblock shape that looked unique and very, very appealing. But why did they had to ruin this beauty with an almost-dead mobile OS at that date – MeeGo? Nokia decided to run a slightly modified version of MeeGo, Harmattan. Since then, MeeGo went dead and “revived” into Tizen OS.

Getting back to the design, look closely at the below pictures of N9 and the Nokia Lumia 920 – do you see any differences? Even the 800 line is a slight variation of the design. I’ll give them credit here, at least from my point of view, the design is so awesome that it doesn’t need to be changed. Wrong! That’s valid for me, but what about million of other consumers, what are you going to do about them? You release N9 with a beautiful design and use it to “test the waters” and then the same design is used in what you want to be your flagship Windows Phone 8 smartphone; one that is supposed to bring consumers back and make investors’ trust to increase.

They knew there was a problem so they just came up with different colors. And while for some, the toy-ish approach is laudable, others will hate you simply for killing the cyan color! With the Lumia 820 model, they decided to do a little experiment and made possible the covers to be swapped, so you should give your device a new color every time you want. But imagine if iPhone 5 launches with the same design as iPhone 4S? Will Apple still manage to sell like crazy? Don’t think so. If a rainbow shines for more than an hour, you get bored, right?

Like I said already, Nokia did a big mistake launching such a gorgeous design with an operating system that had the guillotine already above its head – MeeGo. And when you think about Nokia, you can’t think about a single or a few worthy OS, just like when you think about Apple, it’s iOS; when you think about Google – it’s Android. You think about Symbian, MeeGo, Maemo, Nokia Belle, Harmattan, Windows Phone. It’s all a bunch of this and that. Nokia had the leadership in mobile until iPhone and Android appeared; after that, they just couldn’t get back on track.

Nokia is late to the party, unfortunately. From what we saw, Windows Phone 8 looks “unpolished” still and if Microsoft fails to fix it before the launch, it might ruin the consumer experience. Not just that, apps are still an issue on WIndows Phone. If I ask a non-tech savvy friend, all that he knows about mobile OS is this – Android and iOS. And Nokia is so late to this party, that all the champagne has been drunk. Moreover, Nokia & Microsoft have left existing customers in lurch. For WP Mango devices, upgrade to Windows Phone 8 is not possible. So, if you own Nokia Lumia 800, 710 or 610 and you want Windows Phone 8, you should better forget about it. For that matter, you are kind of “obliged” to buy Nokia Lumia 920, 820 if you want the Windows Phone 8 feel in your hand. Letting down existing customers is not something you can be proud of.

Can it stand against the competition? 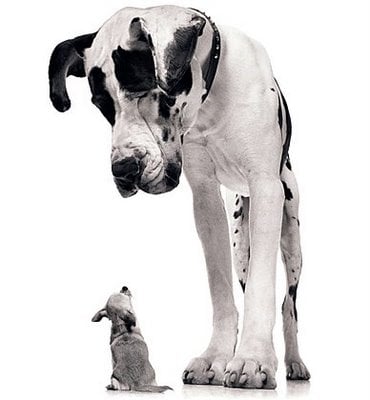 And let’s not forget that besides Apple and Samsung, there are many, many other players on the market with quite attractive offers. Quite soon, HTC is expected to unveil its Windows Phone 8 devices. We’ve got new models from Sony, whom we thought in the past was dead. Google’s Motorola has just updated its Razr family with a smartphone with the best battery in the market. LG is here to impress us with its Optimus brothers. Amazon itself could be ready to launch a phone! The crowd is getting bigger and bigger and this is no cakewalk for Lumia 920.

Nokia seems to have rushed into announcing their WP8 Lumia handsets. WP8 looked unpolished and both Nokia & Microsoft were reluctant to show WP8 in details. In fact many of the journalists & bloggers invited to the launch were not allowed to play with the OS. Nokia hasn’t announced when Lumia 920 will be available, neither have they revealed the expected price. Some reports talk about October 20th/26th being the launch date. By that time Apple would have sold millions of iPhone 5 handsets.

As if the shares tumbling after the Nokia Lumia 920 announcement was not enough, Nokia published a fake PureView advertising, showcasing filming quality that wasn’t actually performed with the Lumia 920 but with a DSLR camera. Ouch! Nokia Lumia 920’s camera does, indeed, have what to offer and image stabilization is an awesome addition, but why did they have to fake it? Someone aleasy already complains that even the still photos were faked, as well! 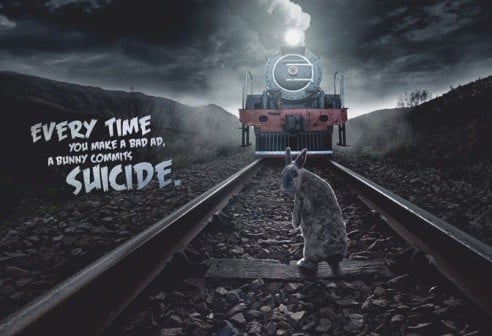 We didn’t have the chance to test the camera or the phone itself, but even if the camera delivers what it has promised to, I still doubt that it might be enough to drive in the sales for Nokia. Mind you, Nokia has redefined what “PureView” is. PureView in Nokia 808 is different from PureView in Nokia 920. Yet another marketing fail.

The regular consumer might not be aware of what PureView technology represents, but he surely knows what an iPhone is! And to create that consumer awareness is very, very hard. The first advertising and marketing step done by Nokia for Lumia 920 was bad, and I’ll be really curious to see how will the sales perform over the next months, especially since the next iPhone will be launched. It’s not enough to create a competitive product, you still have to market it well.

Along with the Nokia Lumia 920 launch, Nokia has presented their augmented reality browser – City Lens, which will appeal more to those that live in towns and are tech savvy. Not too many know what an AR browser is, but for those that do, it will be a nice treat. Also, Offline Maps will be appreciated by drivers and travelers. The toy-ish looks of the accessories – the wireless charger, the JBL speaker and headphones will be appreciated by those that love well-shaped products. Thus, Nokia Lumia 920’s selling points will be seen by the consumers, but will this be enough to beat giants like the iPhone 5, Samsung Galaxy S3 and other Windows Phone 8 new players?

Was this article helpful?
YesNo
TechPP is supported by our audience. We may earn affiliate commissions from buying links on this site.
Read Next
Nokia Power Earbuds Lite Review: Connecting through Clear Audio against Tough...
#editorial #nokia #Nokia Lumia