The drums have beaten, the giants have awoken and the battle is ready to begin. With the latest Apple member on board, the market will be overwhelmed with eager customers, asking which smartphone should to choose: the iPhone 5, Samsung’s Galaxy S III or the upcoming Nokia Lumia 920. Of course, there are other competitors lurking around, but let’s make out of today a battle of reputation, brains and looks.

We will sort out the differences between technical specifications, features and general user experience, while giving a verdict on every primary component. Hopefully, once all products will be released on the market, a choice won’t be that hard to make.

Each and every smartphone compared today copies the looks of a predecessor. While Lumia’s design has been deemed as innovative in the past few months, because it did not borrow any principle from any competitor whatsoever, the Galaxy S III still keeps the curved used by Samsung while Apple forgot what innovation stands for. In matters of sheer body measures, the Galaxy S3 is the largest player and the iPhone 5 is the thinnest, with only 0.3 inches.

When it comes to displays, the technology used by all three companies is somewhat equal. Because of its large sizes, the Galaxy S3 has the biggest resolution but the Lumia is the one with the best pixel density. Moreover, the Super AMOLED HD found on Samsung offers great colors, but at the expense of battery juice.

As for the size itself, it’s a matter of taste. Those who wish a bigger handset should opt for Samsung, but for other 4.8-inches is simply too much. Although the number seems far to great, the Galaxy phone fits perfectly in hand and because the display is near the margin, the terminal doesn’t seem that big after all. Of course, Nokia remains a jack of all trades, with its 4.5-inch unit.

LTE is not an issue any more, and after months of waiting, most devices have this antenna implemented. Besides LTE, the casual CDMA and GSM network connections are supported on all three devices, but when it comes to Wi-Fi, the iPhone 5 supports 5GHz frequencies meaning faster speeds. Also, Apple’s toy comes with AirPlay, a service for media streaming, while the Lumia 920 offers an older Bluetooth standard (3.1, instead of the latest 4.0) and (Update: It does offer tethering).

Enough is not known at the moment, with Apple only announcing the model of the new CPU. The international version of Galaxy S3 comes with an 1.5GHz quad-core Exynos SoC, but the US version makes use of a Snapdragon S4 chip clocked at 1.5GHz with two cores, the same as found on the Lumia 920. Samsung also has a Qualcomm Adreno 220 unit for the graphics, which fancies pretty well according to benchmarks. As for the memory, Lumia has 1GB of RAM, Samsung double and Apple… well, you know Apple. 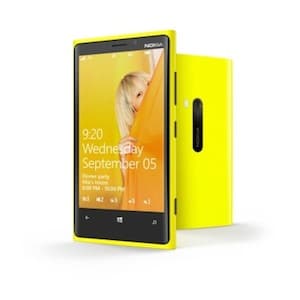 All devices have a sufficient front-facing camera, with 720p resolution and enough frame rates to capture a continuous image. But when it comes to the back-camera, Nokia introduces a slightly better component with an 8.7-megapixel resolution and PureView quality.

Just like with the size debate, the matter of picking the right software is mostly attributed to the user. In this case, buyers will have to chose from iOS 6, a revamped version of the already famous, Android 4.0 and Windows Phone 8. Apple may hold the advantage here, because it has the latest software and because Android 4.0 does not come with the marvels of Jelly Bean, such as Google Now (Siri’s adversary) and unified search.

On the other camp, Windows Phone has disappointed many until the moment because the lack of worthy applications and a catchy interface. Not many wish to navigate a menu made of text tiles but with the introduction of version 8, let’s see what Microsoft prepares. 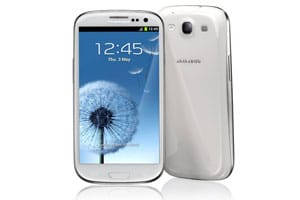 Out of the lot, only the Galaxy S3 offers an external storage option up to 64GB, using a microSD card. All devices have a 3.5mm headphone jack, video output and microUSB ports, besides Apple of course, which has the new-age Lightning connector. When it comes to sensing, Samsung lives up to its name, and besides the regular compass, proximity sensor, gyroscope, it also includes a barometer for changes of pressure in the air.

While Samsung uses the largest battery between the three, the Galaxy S3 can function only 9.2 hours because of its large display. On the other hand, the iPhone 5 offers around 10 hours of LTE use, the same amount encountered on the Lumia 920. But what sets apart these three competitors is the new-age technology: wireless-charging.

Although Apple is all brave and fancy, somehow it manages to implement cutting edge concepts a year later. It was the case with 4G connection and now it felt short on wireless-charging, which can be found on both Samsung and Lumia. And man, what advantages wireless offers.

Head to head on specs

How to Change the Default Finder Folder on Mac [Guide]
Read Next
Photo Credits: The Verge