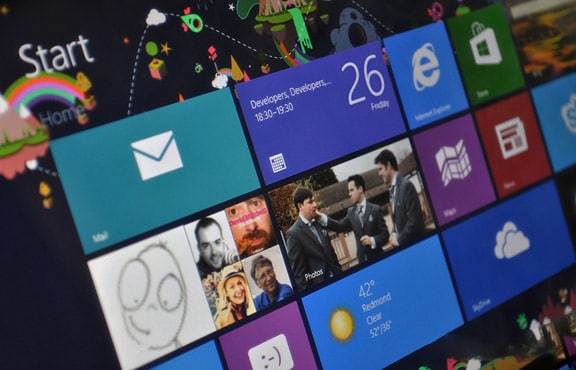 Windows 8 was launched with much fanfare a few weeks ago and definitely represents a bold new step forward by the world’s most popular computer operating system. Unfortunately, if reports are to be believed, people are not exactly moving to it in the kind of numbers that some pundits (and perhaps – perhaps – MS itself) expected. It works brilliantly, looks better than ever before and can work on existing Windows 7 machines without a hardware upgrade, and does not even cost a bomb. What then is keeping a lot of people away from Windows 8. In our opinions ever so humble, eight factors: 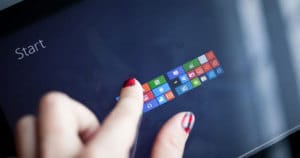 We know that many people think that moving to a touchscreen was something that was overdue for Windows. And we have no complaints whatsoever about how well the interface behaves on a touchscreen. The problem is that most of us are so accustomed to starting our computers and typing away that the whole NEED to touch the screen escapes us. The fact that all the Windows 8 ads seem to focus on the touchscreen has also propagated the myth that the OS runs ONLY on touchscreen devices and is absolutely useless on others. Total nonsense, but alas, being digested by many people. The fact that it is a whole lot easier and fun to use on touchscreen devices (gestures do not work well with trackpads and mice) only complicates matters.

In theory, there is absolutely nothing wrong with having a facility which lets you run apps designed for older operating systems on a new one. In practice, however, the Desktop mode of Windows 8 for running apps designed for Windows 7 has tended to annoy a certain section of the interface purist crowd which insists that it makes it appear as if one is working on a dual boot machine – and small though this crowd is, it is very vocal indeed. Equally worrying is the fact that a number of users simply head to Desktop mode within seconds of logging in to Windows 8. 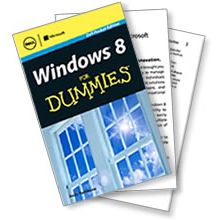 The move to a tiled interface is a masterstroke as it gives both Windows 8 and Windows Phone 8 a rather similar interface. The problem, however, is that Windows Phone has not been a massive success, which has made the new Windows 8 interface very odd for those accustomed to the “traditional” Windows look with a wallpapered desktop on which you parked icons. We have seen people handling Android on their desktop more easily – well, it is on most of their phones – but the relative lack of popularity and penetration of Windows Phone has actually made the Windows 8 interface appear more odd to many people than it actually is. The need to learn gestures which often don’t work that well the keyboard-mouse combo make things tougher.

Yes, Windows 8 does have its own app store and a lot of apps in numerical terms. But in terms of quality, we are going to have to call it pretty bare at the moment. Windows 8 is still waiting for the equivalent of a Flipboard, Instagram or Angry Birds, which will make the world suddenly start tracking Windows 8 with the same frenzy that is accorded to an iOS or Android in the app department. 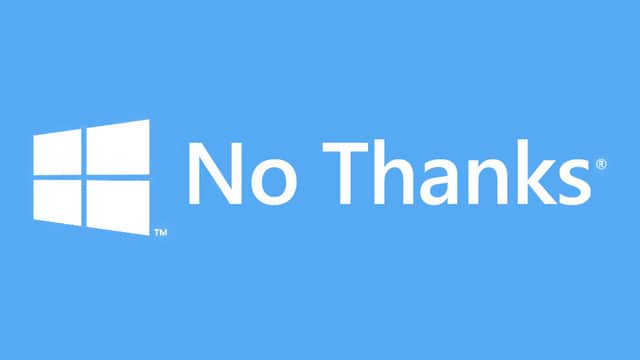 I know a few dozen PC gamers. They update their computers several times a year, in software and hardware terms. They want a smooth performing system for those tournaments and demos, and of course, for their own hours of gaming. Not one of them has upgraded to Windows 8. The rationale, bluntly delivered by one of them was “I don’t like switching between two different interfaces for two tasks. Why can’t I make a tile of my game and access it from the main screen?” The fact that most titles even now are coming on disks and downloads from sites other than Microsoft’s own Marketplace is complicating matters. Once again, this is a small segment but VERY influential and the “gaming sucks on Windows 8” myth (it IS a myth – we have had no problems with games on the OS, barring switching to desktop mode, where they run just fine) is harming the OS’s popularity.

We have seen (and loved) the TV ad but that apart there seems to be no attempt by anyone to push the new OS. Retail stores still show off Windows 7 notebooks, although we do see the odd Windows 8 banner from place to place. There is no “hey this is amazing and look at this” feel about what we think is one of the most significant upgrades to the OS right since Windows 95 and let us start off without typing in “Win” at the DOS prompt. All of which does not exactly encourage people to walk in and ask about a Windows 8 device. 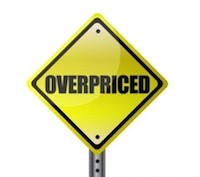 We have been to a few Windows 8 gadget launches so far and the trend seems to be – hey, this is a new OS, now watch how brilliantly it runs on these new, really expensive systems. We have seen the Vaio Duo 11, the Asus Tai Chi, the Lenovo Yoga and a few other devices all of which are priced in the niche segment. We are still waiting for a device that hits the mainstream sweet spot without compromising on performance. Yes, we have no doubt that it will eventually come, but the sooner it does and the more it is publicised (THAT is critical), the more quickly will people adapt to the Windows 8 phenomenon.

One of my friends in marketing say that the biggest problem of having a successful product was following it up with something better. And Windows 7 was perhaps Microsoft’s best OS ever for the non-touchscreen computer. The problem is that many users are SO satisfied with it that they are in no mood to leave it yet, and definitely not for something that looks rather different and seems to need adjusting to get used to. Throw in the fact that you need to invest in a touchscreen to REALLY get the most out of it and many people fall even more deeply in love with their existing Windows 7 machines, which, let’s face it, were pretty good as it is.

Comeback Brand: Seven Challenges that Poco faces
Choosing the right TWS: Eight things to keep in mind
iOS 14 is here, and these are the eight features you have to…
How to Install and Use Windows Package Manager (Winget) on…
What Is Microsoft PowerToys, and What Are the Best PowerToys…
How to Recover Deleted Files on Windows 10 Using Windows…