Some games can get stereotyped. Well, games based on the most popular sport in the world certainly have. When it comes to football (or soccer as some tend to call it), most games based around the sport either putting you in charge of teams and players swapping passes and goals (FIFA 13 style), making you the boss of strategy (the Football Manager way), or getting downright casual (score goals or save them in penalty shootouts). And the formula works, so there is not much point in tweaking it, is there? 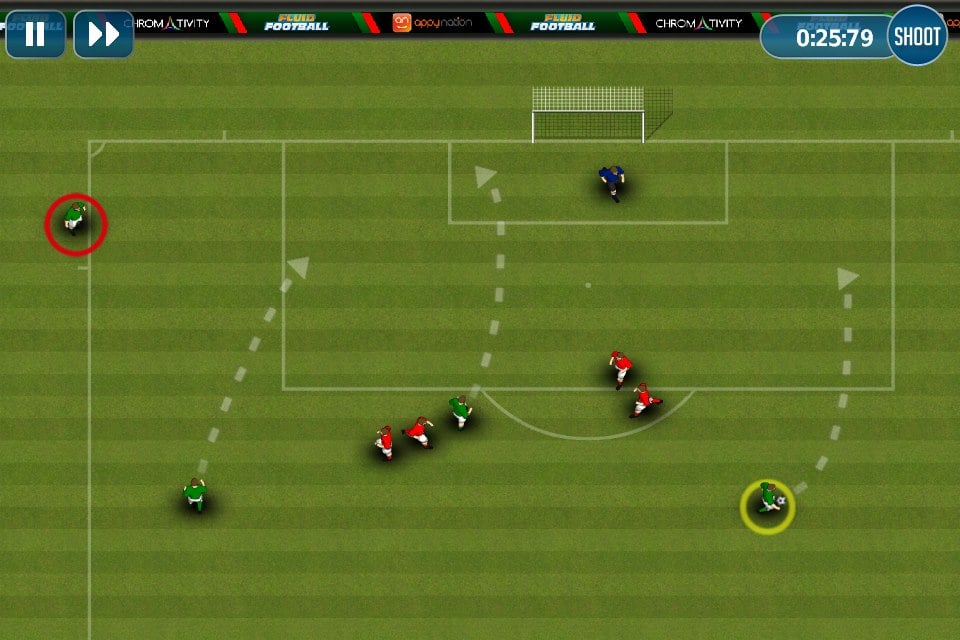 Well, the folks at Chromativity clearly tread a different path, with a little help from renowned football pundit Andy Gray. For their take on football is definitely off the beaten track. Yes, you still have to pass, plan and shoot. But hey, there are no teams here, no celebrity players to muck around in, and to be honest, not too many fancy ball tricks either. So what you might wonder, IS there in the game that makes us yak about it here? The answer is: a whole bag of tricks. Remember those chess challenge games that you used to play – the ones in which you were given a certain board position and asked to finish the game in a certain number of moves? Fluid Football is like that.

You start out with a game situation, and have to score a goal by working out passes between your players. Sounds simple enough? Well, it is not really, because this is not a classic eleven versus eleven match situation. You start off with the ball in a particular area of the pitch and have a limited number of players at your disposal, although the number of defenders stacked up against you is also limited. Also, there is no set “correct” way of doing things – you can try to hit a long ball and make your player chase it or quickly swap short passes. Just remember that the defenders too will react to your every move. It is all like playing chess on a football field, and in a lovely touch, when it comes to the moment when you choose to shoot, you shift to a view that shows you the goal, and your job is to swipe the ball into the net, just as you would in a penalty shoot-out game or in Flick Kick Football. 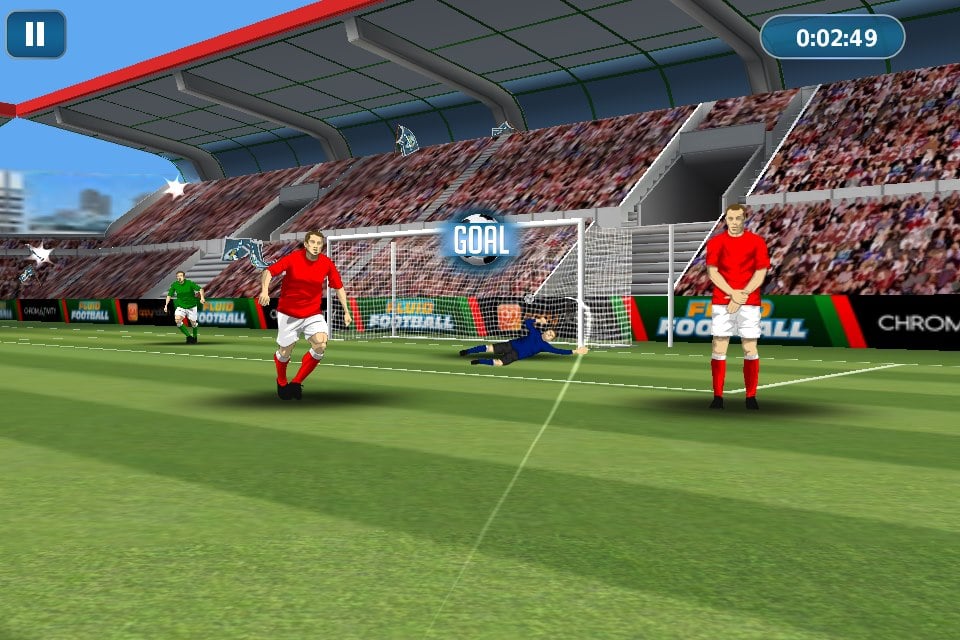 The game starts off with a number of free situations and you can purchase more by collecting gold coins, which are awarded depending on how well you tackle each situation you face in the game. Each situation or “match” starts with a set of skill challenges, which could vary from scoring a goal as quickly as possible to scoring one with a minimum number of passes to scoring from inside or outside the penalty area. The more challenges you meet, the more gold coins in your kitty. Of course, you can buy more using in-app purchases, which can is a minor irritant. And if you are tired of going through the whole build up and just want to try taking the final shot at goal again, even that option is available for a couple of gold coins. Advice from Andy Gray is available too – that will be five gold coins, though. 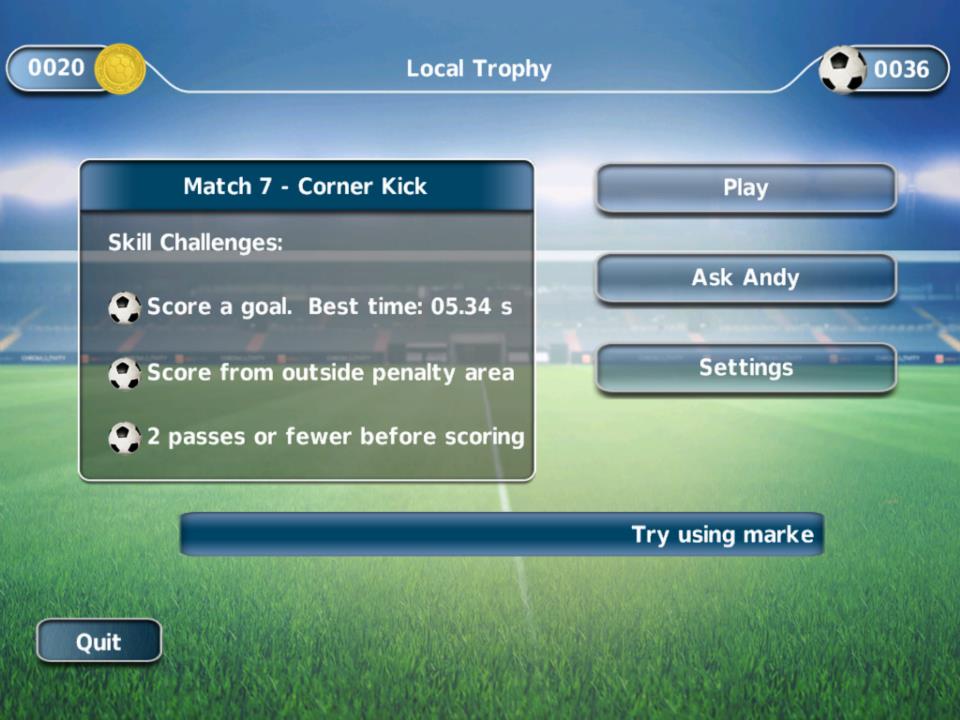 Graphics are decent rather than spectacular but that does not matter much as you are playing from a top down perspective most of the time. Gameplay is simple and fluid (as per the name of the game), you move a player by tapping on him and then dragging your finger to where you want him to go, make a pass by long pressing the person with the ball and then outlining the path you want the ball to take, and you have the option of moving players while the pass is being made. All of which makes this one hectic field of action – a bit like those Air Traffic Control games – with everyone moving in every direction, depending on what you want them to do. The fact that defenders are intelligent and increase in number as you play more matches only adds to the game’s challenge, as does a VERY strict implementation of the offside rule. And of course, there are any number of pass combination and permutations that you can use to get the ball into the goal – so replay value is limitless!

It is best played by someone who really knows their football and is definitely not for the casual crowd, but we think Fluid Football by far the most innovative football game we have ever played on a mobile device. It’s got the pass and shoot joy of the FIFA series, the planning and strategy that mark a management game (although there’s no messing with formations, you definitely have to think out a route to goal before you get the ball rolling…literally), and well, there is the finishing touch – a you-against-the-goalkeeper scenario (well, most of the time anyway), when you are going for goal. True, there are no marquee names and no cups or leagues to win, but nothing quite matches the thrill you get when you top off a set of moves by putting the ball in the net. Pretty much a must-download for everyone who loves the beautiful game, whether they have an iOS device, an Android one or even if they have a PlayBook.