When the smartphone became popular, so did one other technology that, although developed and implemented before the rise of the smartphone, didn’t receive that much attention, and it was somewhat limited. Yes, what I am talking about is Wi-Fi. At this point in time, it does not need a definition or any other kind of explanation because just about everyone has heard of it.

Wi-Fi hotspots are places where many of us end up when roaming the city, and such, these places are getting more and more numerous by the day. Probably most of us have a favorite bar or another place that we go to, and we like for more than just the coffee; we enjoy the free Wi-Fi network.

Although you might know lots of free Wi-Fi hotspots in your city, there are many others that you don’t know about, and for you to find them out, you can implement the help of a special kind of app: a Wi-Fi sniffer that searches for all the Wi-Fi hotspots near you and gives you their exact location.

These apps are in no way few in number, and a simple search on both Google Play and iTunes has shown me that there are quite a number of such apps that claim to work well in providing you with information about Wi-Fi hotspots, but to be honest, most of them do not work or are very unreliable. This is why the search for a good app has only rendered a few results, and here they are: 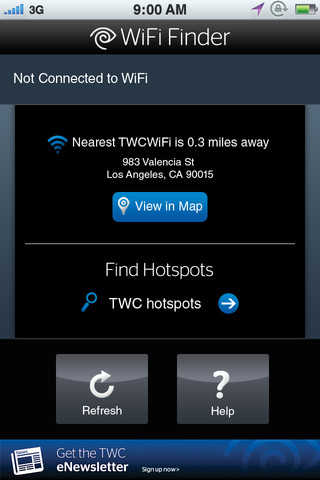 Last but not least is the Time Warner Cable company’s app for detecting their own Wi-Fi hotspots. Also, apart from subscribers of TWC, regular users can also benefit from the free trial of the service, and this way can decide if they want to subscribe later on.

The app works pretty well, and thanks to its rapidly working UI and map service makes the app very fast. Its only major disadvantage is the limitation imposed by its subscription to only one service. But for those who have subscriptions to TWC, this app is perfect.

Although not available in too many countries, this app could be considered a good resource if you are planning a trip in Europe. It gives its users a map with most of the public Wi-Fi zones listed, as well as a list with detailed information on each of them.

This is something that most other apps do not have, and it would be awesome if it could be implemented in more. This information is great is you are searching for a particular spot where there is Wi-Fi (for example, a restaurant or a pub). Now, you can look for somewhere to eat or sleep and see some great locations that also have Wi-Fi. 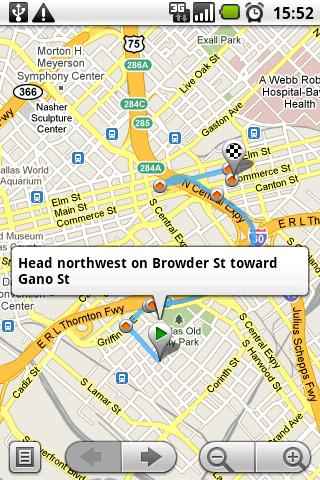 One of the best tools that we’ve seen in a while is this app that is both simple and extremely useful! In order to use it, you will, however, need to be connected to the Internet, and with one tap, it will determine your location, and it will show you all the public Wi-Fi spots around you.

Being available for both Android and iOS makes this app very popular among all users that want to stay connected to the Internet over Wi-Fi hotspots. The app is very useful almost anywhere in the US, and thanks to its simple and fast-moving UI, you will have all the information you need within seconds. We are hardly waiting for a worldwide version of the app.

One feature that makes this app the very best of all is the fact that it is available worldwide and it is also available for both Android and iOS users, making it usable by most smartphone owners. The app has two different tools that users can use to search for public hotspots: a map-based solution to view every Wi-Fi area near them and a scanner for when they get in a particular area and what to get close to the Wi-Fi signal.

Also, the app tells you what signal is stronger, and it allows you to save your favorite hotspots so you can revisit them at any time. Its design is very pleasing to the eye, and thanks to its fast-running UI, you are able to quickly find any hotspot in every city from the app’s database that covers 144 countries.

We hope that the other apps that were not yet fit to be on our top will receive updates, and their services will improve because this is a service that we all would like, and it has a lot of potential, and its features are of great use to us.

Was this article helpful?
YesNo
TechPP is supported by our audience. We may earn affiliate commissions from buying links on this site.
Read Next
12 Best Free PDF Readers for Windows and Mac in 2023
#android apps #Best Apps #iPhone apps #wi-fi