As a cinemagoer or just as a movie amateur, you must have a large library of favorite movies or just music on your own PC. It would be awesome if you could watch and listen to all of these on an iPad or on an iPhone whenever you want. All of the video and audio files are in a large number of formats, but the iPhone and the iPad can support only H.264 and MPEG-4 videos (the same goes for music, only AAC, MP3, MP4 and WAV audio formats).

Another hitch is the limited space of your Apple’s device hard drive, which can only be of 8, 16, 32 or 64 GB (or, if you have the money, you can buy a 128 GB iPad). What if I can tell you that you can stream videos or music files from your computer without stuffing up your iPad’s or iPhone’s hard disk? This is possible with some applications that you will have to install on your Apple device and on your PC. Pretty much like a personal media cloud.

In this article I will present the most interesting six applications that can use a 3rd party computer to stream media on iOS devices. These apps will bring to your Apple gadget the coolest function of a media device: streaming video and audio files via Wi-Fi or network, without consuming internal storage. 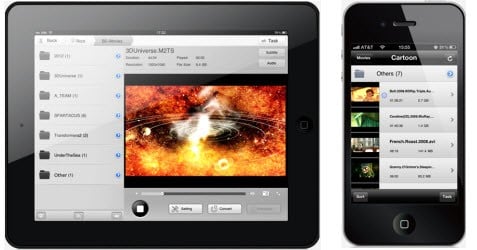 This is a free application from the creators of WinX Division that focuses on DVD/Video conversion products and DVD/Blu-ray backup solutions. It has over 320 different video and audio codecs built-in that are capable of showing the majority of the existing videos on the market and streaming them to the iOS device via Wi-Fi, 3G or 4G networks.

The biggest advantage of Air Playit is that you can play videos in any format, instantly, because the conversion of the video file is made between the PC and the iOS device. Other features included in this application are: internet access, HTTP server, stream video to Android mobile devices too, offline conversion, Apple TV-Out ready and speed up the live conversion with CUDA.

The most interesting are the “HTTP Server” and “Speed up the live conversion with CUDA”. If the first feature creates a web page that enables you to access the files from your PC via any web browser, the second one speeds up the time for conversion for those of you that own a NVIDIA GPU featured with CUDA.

In addition, Air Playit has a very useful option for remotely powering off your PC after finishing watching the movie and it also has no annoying ads. 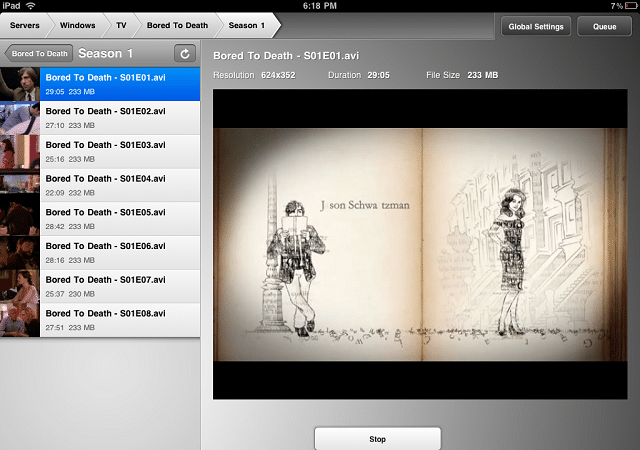 This application comes in two versions: the free and the paid version. The free version limits the number of displayed items from your PC while the paid version offers you full access to the application’s features. Air Video is able to stream the video folders from two sources: your computer’s hard drive and your iTunes playlist. It will convert “on the fly” any format that is not supported by the Apple device so that you can view your favorite videos in real time. 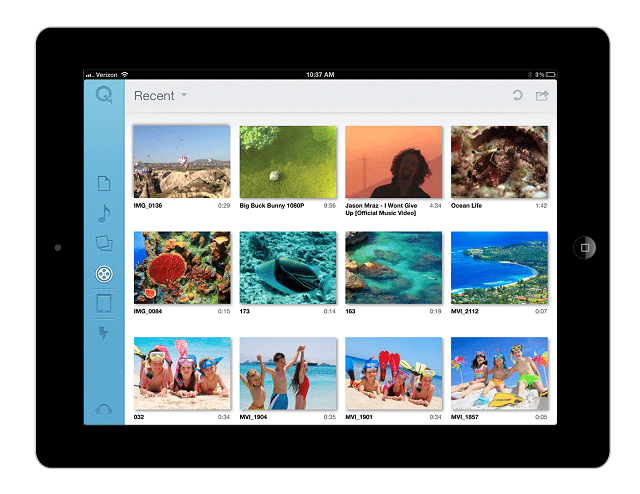 Quick.io was created by Michael Chen, entrepreneur and former Cisco alum, along with two other colleagues from Cisco. They wanted to be able to get all of their files in only one place and easily share it. So, they created Quick.io which is a streaming solution that uses a desktop server installed on the computer and your iPhone or iPad as a client. Maybe it sounds a little bit complex, but the setup is really easy and quick.

This is an application that can sync all your files, such as music, photos and videos, between different devices and that can also stream files from your computer to your iOS devices, iPad and iPhone. A very useful feature is called QuikBeam, which was added with the 2.0.1 update of the application: through the Quick.io application you can detect iOS devices near you and immediately send files to them.

Quik.io has a great option which allows you to access your storage even when you are away from your home and out of the connection area. The only constraint is that your PC must be on and connected to the internet. 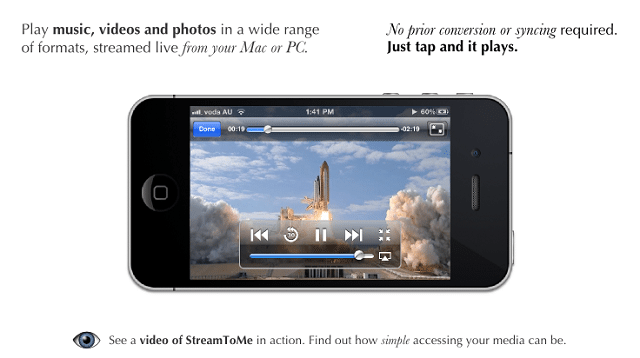 StreamToMe is a media player for iPhone or iPad that plays your favourite music, video files and photos through the network. You need the Stream ToMe application from iTunes for your iOS device and the server companion, Serve ToMe from the official site for your Mac or Windows computer. When converting the video file and streaming it to the iOS device, the Serve ToMe application uses low CPU resources, in comparison to other competitors.

This application has some interesting features; one of them enables you to connect to your computer from an external location via 3G networks or a non-local Wi-Fi. TV out feature is supported too. Basically, you can connect via cable your iPhone or iPad to your TV and transform it in a media center  However, StreamToMe has a certain problem related to the music utility. You cannot listen to playlists or multiple songs because the application stops after each song. 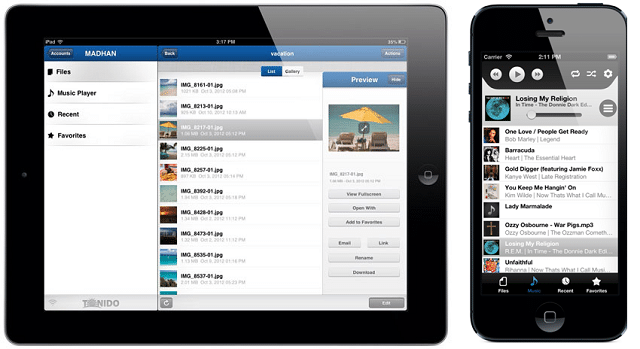 Tonido is a new application that was launched at the beginning of this year. Basically, it allows you to access your files from your PC no matter where you are. The connection is secure and you do not have to upload all your files on a cloud service or clogging your iOS device hard drive.

In addition, it has the capability of syncing a single folder (of maximum 2 GB) from your main computer, between different devices or computers. If you choose the other versions you will have some benefits. For example, for the PRO version you will have a folder of maximum 100 GB to sync and for the BIZ version, 200 GB.

The Tonido application has two interfaces: simple and advanced. The simple interface shows only the most important features like the workspace or the file sharing while the advanced one has much more features and settings, but it keeps its simplicity.

The main advantage of this application is that it has an interesting option for sharing files via email and the biggest disadvantage is that the streaming is not so fast and you will have to wait some time until the video starts. 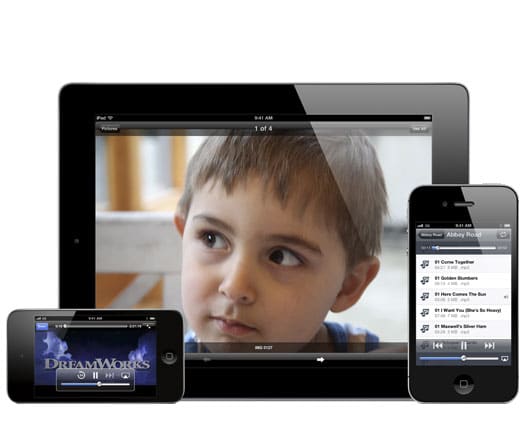 Air Media Center is an application that provides media streaming and live conversion for the iOS devices, iPhone and iPad. The application is also compatible with Samsung Wave and the company promises that in the near future the application will be ready for Android and Smart TV’s too.

This application has the best price on the market, but there are a couple of disadvantages which come along with this low cost. You do not have subtitle support, so you cannot load subtitles for movies. Also, the interface is a little bit chunky and sluggish, but it is easy to use.

However, Air Media Center can stream a very large number of photos, video and audio formats. Also, it offers indexing and searching options so that you can find everything much easier. Recently, the ability to playback the video from the last position has been added.

Was this article helpful?
YesNo
TechPP is supported by our audience. We may earn affiliate commissions from buying links on this site.
Read Next
With Football Manager 2023 Touch, Apple Arcade finally has its “killer ...
#apple #apps #Best Apps #ios #PC #streaming #windows