There have been a number of advancements in medical technology in the last few years, and each of them is better than the last. These new medical gadgets are more capable of saving lives and giving better and more accurate information to physicians so they can better understand what patients are suffering from.

One device promises to give everyone a means of obtaining information about their bodies instantly, and use it to have healthier lives. The Scanadu Scout Medical Tricorder is a medical gadget that will allow everyone to have a medical laboratory in their pocket.

The secret behind the Scanadu Scout Medical Tricorder

The Scanadu Scout Medical Tricorder owes its power to the cutting edge hardware that powers it, as well as to the complex algorithms that make it work. The team which has created the device is from NASA Research Park in California, USA and they have incorporated their technology into the Scanadu Scout.

Scanadu Scout can measure body vitals like heart rate, body temperature, blood pressure etc. directly from the person and interpret them on the smartphone, so that the user can see exactly how their health is. The device connects to a smartphone via Bluetooth 4.0 Smart Low Energy and shows the data that it gathered in the dedicated app. Users can store this information and share it with their doctor whenever they want. The array of sensors in the Scanadu Scout operate like those in a Emergency Room, and in a matter of minutes, the user can see all the readings that it took.

The Scanadu Scout medical tricorder is simple to use: just press it against your forehead for 10 seconds and the information it reads is sent to your smartphone. If you are wondering what all information the Scanadu Scout can pick up, here’s an impressive list of the readings it takes with great accuracy:

What powers the Scanadu Scout?

All these information is read and interpreted within 10 seconds thanks to the hardware inside Scanadu Scout. The team built the device on a 32-bit RTOS Micrium platform, the same platform that NASA used for the Mars Curiosity Rover. The Scanadu Scout runs on a rechargeable battery that has an impressive autonomy of around a week. It can be charged via the microUSB port from a computer and the charging time is about one hour.

Scanadu Scout has a slim body, that will allow users to carry it around all day long and take measurements as they please. Also, after you have used it for a while, the device will be able to create an average of your vitals and let you know when you need to see a doctor. 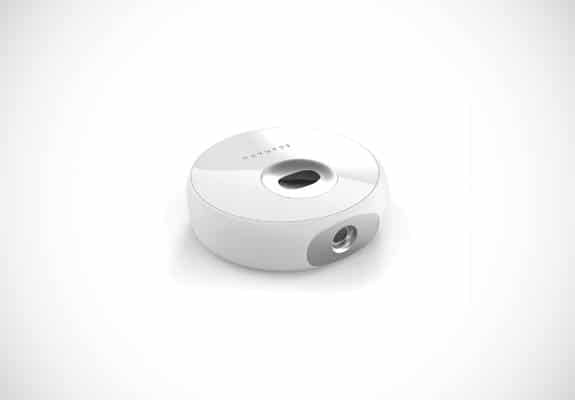 For the moment, the team has successfully created a working prototype, which awaits FDA approval. In order for the team to file for FDA approval, they will need to ship and collect data from a number of devices. This process will make the Scanadu Scout even more reliable, as more information is collected by the device, the algorithms that make it work will evolve.

If everything goes according to plan, the device will be available worldwide in 2014. For the moment, the team has started an Indiegogo project where users can pick up the Scanadu Scout with a pledge of $199. Those who will back up this project will receive a Scanadu Scout Medical Tricorder as well as the dedicated app that will be available for both Android and iOS.

TechPP is supported by our audience. We may earn affiliate commissions from buying links on this site.
Read Next
Why do tech reviews take so much time?
#Gadgets #Indiegogo #medical