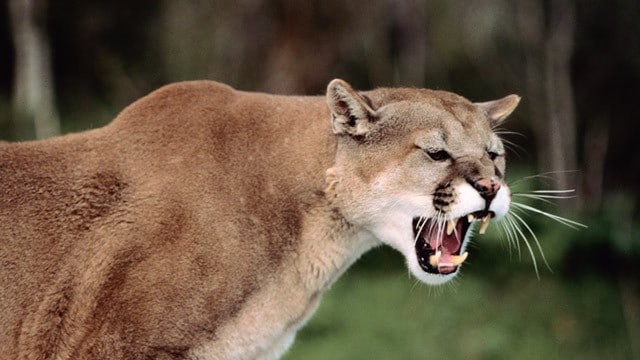 The mountain lion has finally awakened and comes to replace its southern predecessor with over 200 new features, as Apple brags. The number is more than flattering, but what will users really enjoy after installing the new version? Today we’ve rounded up the most expected and perhaps noteworthy ten features found in Mountain Lion, which can be enjoyed after applying the 10.8 update. The latest version of Mac OS X was launched yesterday and for the price of $19.99, anyone running Snow Leopard or Lion can upgrade. Those reading these lines from a Windows terminal, here’s what you’re missing: 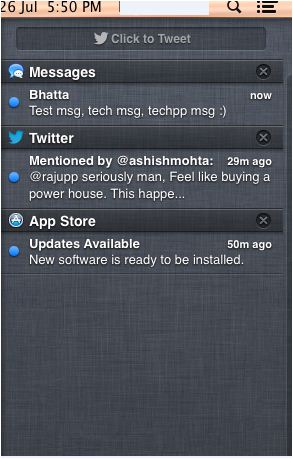 Without question, the most expected feature of the new platform is the Notifications Center ported from iOS 5. This allows users to receive and reply to frequent changes, just like they do with Apple’s smartphone. Everything worth mentioning will appear as bubbles in the upper-right corner of the screen and then slide away into the dedicated hub. From here, users will have to drag the window from the right side of the trackpad only, to receive an overview off all unread messages or, warp to System Preferences and customize the way the software works for each application, just like on iOS.

All notifications are received without interrupting the user and for those that want to max out its potential, the system can be heavily customized to show a certain number of recent items or to play a sound whenever something new pops out. As for compatibility, a wide range of apps and services has been included, such as Twitter, Calendar, Mail, Reminders, Messages and plenty others.

Power Nap is a handy new option in the Mountain Lion, allowing the computer to ‘sleep’ most of its features while heavily collecting data crucial to the system. While everything else is hibernating, components such as Email, notifications, software updates, Time Machine backups and other vital applications will continue to quietly run in the background and be available as soon as the machine is awakened.

In plain English, Power Nap actually wakes the computer from time to time while being in a Sleep mode, allowing the usual housekeeping chores to be done. While resumed by the Power Nap feature, the system does not wake up completely, but enters a DarkWave stage, where the audio and graphics system remain shut while the CPU, hard drive and networking hardware become active.

The main disadvantage of this feature is that it requires a power source to be activated, and does not work on plain battery. Those with a notebook must know that the device requires to have a built-in flash storage (MacBook Air, from mid-2011, MacBook Pro with Retina or newer), such as SSD.

One account, multiple devices; this is Apple’s way of describing universal authentication, a feature which allows users to log in on several Mac OS X 10.8 running devices with the same credentials. Every terminal connected will be automatically synced from the iCloud so the user can resume his work when traveling, just like being at home.

A central repository for every file type has been added on the iCloud with Mac OS X 10.8, allowing the users to place documents on the cloud and pretty much, use online storage as they please. The iCloud supports creation of documents and movement in/out/within the cloud. Just like we’ve seen it on several online storage services, a dedicated folder will be used to keep everything you choose to store online. As a bonus, several applications have been granted compatibility with this service, allowing TextEdit, Preview and the iWork suite to quickly access documents stored remotely. 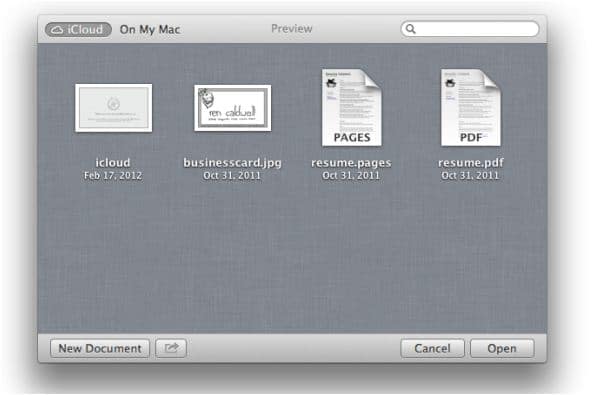 The iCloud will sync all documents with every device connected under the same account, and will automatically push updates to every Mac registered or ask for it nicely when meeting an iOS platform. The process of updating files on the cloud and making decision is very complex, and to sum up Apple’s words, all internet traffic will be kept at its lowest, by serving only the bits of the document that has been changed or, allowing peer-to-peer connections (Ex: from Mac to iOS, instead of iCloud to iOS) as a priority.

Apple has embedded a feature only available with the Remote Desktop software, allowing those that installed Mountain Lion to share files between the shared screen and the users’ own desktop, just with a drag-and-drop action. 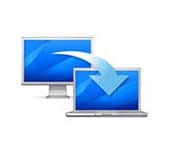 This option goes hand in hand with AirPlay Mirroring, which allows customers to mirror the entire screen in HD quality on the Apple TV. AirPlay will automatically detect an AppleTV connected in the same network and with a bit of tinkering (resolution matchmaking, iTunes integration and audio support), your notebook may become a portable media hub for a HDTV.

Twitter has been finally ported to Macs and will allow the user to share awesome stuff, reply and send direct messages right from the Notifications Center. All that needs to be done is to configure the service, by authenticating a Twitter account using System Preferences -> Mail, Contacts and Calendar.

A dedicated sharing button has also been added to each and every window in Mac OS 10.8 and can be found in the bottom-right corner of an app’s Open menu. By clicking the Quick Look button, the user will be given multiple sharing options, like Twitter and Email. Unfortunately, Facebook will properly be integrated later this Fall.

Time Machine has evolved since Mac OS X Lion and now permits the user to automatically back-up several disks at once, without doing any extra work. The process can also be done on remote networked drives, so keeping files saved and secure won’t be an issue from now on. Moreover, these backups can be duplicated on several servers so when something goes bad with the backup, a backup of the backup awaits you.

Reminders arrived as a dedicated application which looks and feels exactly like in iOS, allowing the user to easily configure tasks and make the system notify him when it’s go time. For those that like to add details to tasks, a Notes app was also ported from iOS. This handy software will automatically sync across all devices using the benefits of the iCloud.

When it comes to something more urgent, like text messages, any terminal running Mac OS X 10.8 will not be able to send SMSs using the newest Messages app. This will only work with iOS devices and with any other major chatting services, such as AIM, Jabber, Google Talk and Y!M. 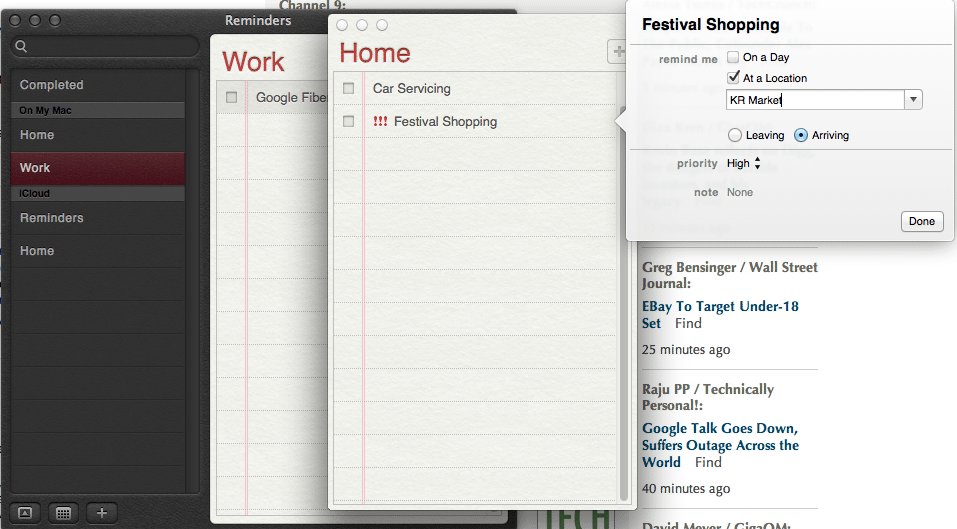 Steve Jobs held close design principles since he dropped out of college, and it’s glad to see his beliefs are still present after his departure. In Mountain Lion, a great-looking new dock was integrated, while the Dashboard interface was changed to adopt iOS-like grid of widget icons. Just like on mobiles, grouping different widgets on top of each other will create folders and they even do the wiggle-and-shake trick when the ‘-‘ button is pressed.

The new Accessibility pane in Mountain Lion is now simplified and has borrowed concepts from iOS. Information is presented in three categories based on the human senses (Seeing, Hearing and Interacting) with clearly labeled sub-sections under each title. Gestures and key commands have been also simplified, by moving from the three-finger double-tap for dictionary settings to only one tap with the same fingers. Moreover, the Save As key command (Command+Shift+S) is now associated with Duplicate.

There you have it guys and girls, our own view on what’s best in Mac OS X 10.8 Mountain Lion. If there’s something that we’ve missed, use the comment section below.