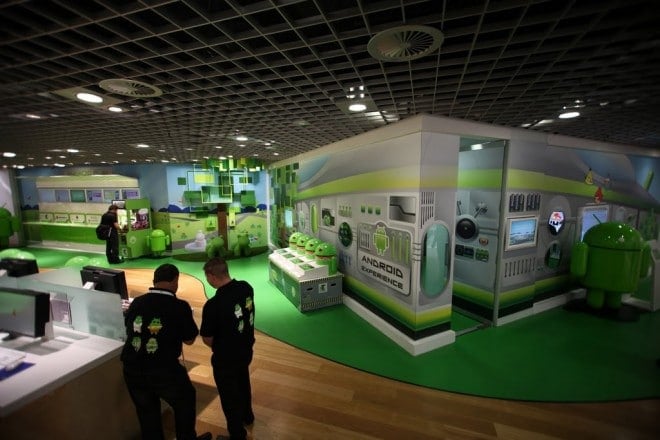 Google is expanding its presence in India by planning to open a brick-and-mortar Android store, called Android Nation. India is one of the rising nations in the telcom industry, so it makes sense for Google to impregnate the Android brand as much as possible in the mind of consumers. Google will partner with Spice Global in order to open Android Nation stores across India with New Delhi being the first city to have an Android store later this year.

Inside these Android Nation stores we will be able to find, of course, Android smartphones and tablets from Asus, Samsung, HTC, Sony, LG and others, as well as accessories that go along with them. It will be interesting to see whether Google will include in these stores some local, Indian names, such as Lava or Xolo. Besides devices, there will also be a customer support service where Android users will be able to get assistance.

With this move, Google is taking the role of further promoting its mobile OS and explaining its advantages over rival products. Many consumers, especially those in India, prefer to check a product physically before buying it. The single information that one gets is from telcom operators, but most of the time, they will have a portfolio of device that suits better their business strategies. And maybe they don’t have as many details as a dedicated Android store might have.

We can expect more countries to get Android retail stores in the future. B.K. Modi, Spice Global’s CEO, said that among the aimed regions are Middle East, Malaysia, Thailand, Indonesia (with more stores to open) and Africa. A not so bad idea, in my opinion, would be to target the Eastern Europe, as well.

Google’s move is obviously aimed to counterattack Apple’s already notorious and, if I may, charismatic Apple Stores all over the world. And unlike Google, who is just starting in this field, Apple can boast with some impressive numbers – it has twice the sales per square foot of any other U.S. retailer. Google knows that it’s really hard to fight Apple inside the U.S., so it’s trying to focus its Android retail strategy on emerging markets.

Amazon, Apple, Google, and Zigbee Alliance collaborate to…
How to Force Safari to Open Specific Web Pages in Reader…
How to Enable Support and Open HEIF and HEVC Files on…
Lockdown? A massive bookstore is still open… and delivering
Updated Google Nest Mini Launched in India for Rs 4499
Mi Smart Speaker with Google Assistant and 12W Output…