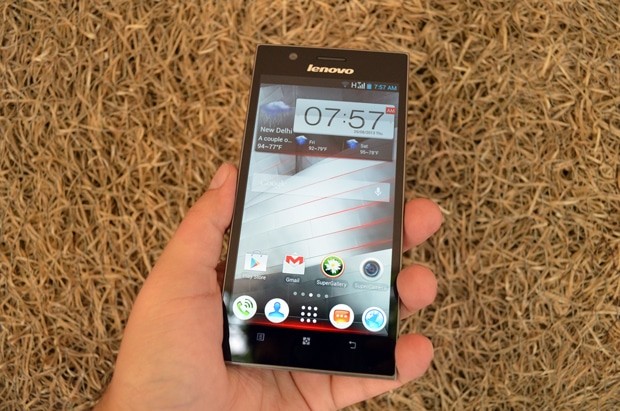 While Lenovo is yet to make an impact outside the Chinese market as a smartphone vendor, it’s leaving no stones unturned to do so. A compelling product portfolio is key to success, and when it comes to the flagship, usually a showcase of the best the brand can put together, Lenovo definitely has a capable contender in its hands. The Lenovo K900 is what we’re referring to, and it certainly impresses in a lot of different ways — striking design, notable specs and loaded features. Before we get ahead of ourselves, let’s jump to the review and figure out if the K900 can match up to the hype. 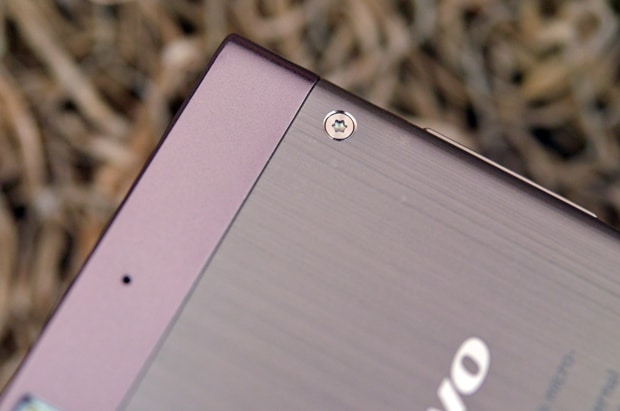 The K900 comes encased in a slim, unibody chassis fashioned out of brushed metal and polycarbonate. With hardly any curves to speak of, it’s a blocky, industrial design that looks, well, different. We think it’s fairly elegant, but the biggest point in its favor is that it manages to look strikingly different as compared to most others in the market. The backplate is all metal and is fused to the body using metal screws that give it its machined industrial look. The left and the right spines are slightly slanted to afford grip, but despite that, the device is quite slippery, and due to its large size, isn’t extremely comfy to hold especially for those with average or small sized hands.

The front is all screen, with a wide black bezel on top and bottom. The earpiece grille is where it should be — atop the screen and next to the 2-megapixel front-facing snapper and hidden sensors. There’s no notification LED, but a Lenovo logo is placed below the earpiece.

Below the screen are the three capacitive keys, hidden from view when the phone is on standby. The top of the device is completely barren… with the power / sleep key placed on the right along with a microSIM tray that can be accessed using the included SIM eject tool or something similar. The volume rocker is located on the left, while the bottom is home to both the 3.5mm headset socket and the microUSB port. Flip the phone to the other side and you’ll find the square camera lens window and dual LED flash on top, the metal backplate with large Lenovo branding and an ‘Intel Inside’ logo below, four large metal screws at each corner, and a speaker grille closer to the bottom. Kudos to Lenovo for the solid build quality and the standout design… but do note that despite the slim body, this isn’t a device that can be pocketed in your trousers without restricting movement. It’s a large phone that’ll cover more than half your face when you’re on a call, and might just come in handy if you’re trying to evade someone in a crowd. On the other hand, this is a device you shouldn’t be using at all if you’re trying to stay inconspicuous.

The Lenovo K900, as is apt for a flagship these days, offers a full HD screen for your pleasure. It measures 5.5-inch across, putting it in the same league as the Samsung Galaxy Note II in terms of size, if not the resolution, and matching the LG Optimus G Pro for both. The IPS display offers a pixel density of 401 pixels per inch, and while it can’t match the likes of the Samsung Galaxy S4 or the HTC One in terms of quality or black levels, it certainly offers crisp and sharp visuals. 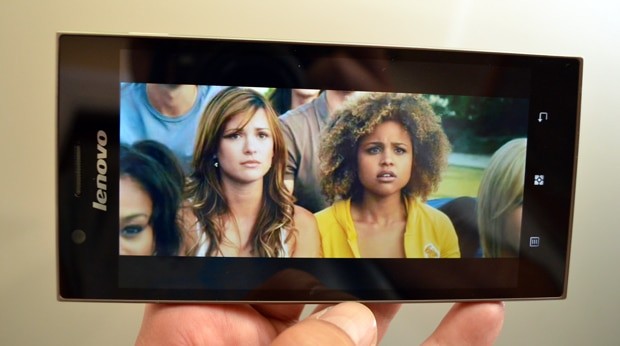 Viewing angles are very good, and the sunlight visibility is decent too; however, since the ambient light sensor isn’t perfect, it misses out on the optimum brightness levels — which is a problem both indoors and outdoors. The size of the display makes it great for web browsing, movie watching and gaming, so all’s not lost. 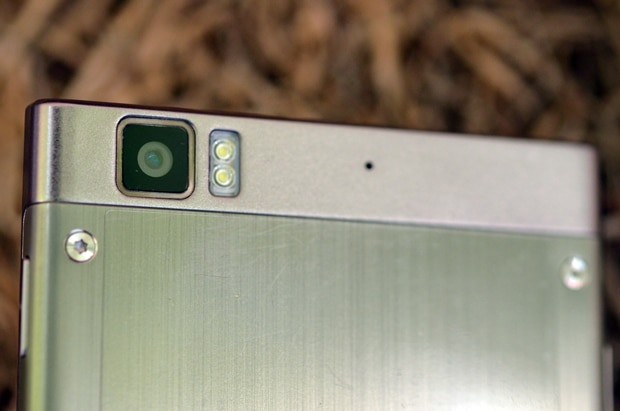 Sticking to its flagship positioning, the main snapper on the K900 is a 13-megapixel unit that boasts a F/1.8 lens and an Exmor BSI sensor supplied by Sony. The custom camera UI boasts all the frills and gimmicks we’re used to, and then some more. Accessed directly via the lockscreen or its dedicated app labeled ‘SuperCamera‘ (just to be clear, this doesn’t seem to be just wishful thinking on Lenovo’s part), it offers a lot of creative control and lets you tweak everything including white balance, ISO, and exposure. A variety of scene presets are available, along with modes such as burst, panorama, HDR, smile shutter, low light and macro. Then, you have an ‘Eraser‘ mode to remove unwanted elements in shots, a group shot mode and two GIF modes that create moving images, similar to what we’ve seen earlier on the Galaxy S4 and Nokia Lumia. 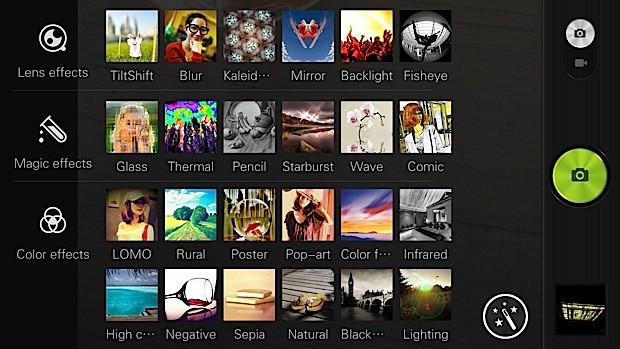 In terms of quality, we can’t say it’s the best we’ve seen till date, but that said, it’s definitely very capable. The images are very pleasing in daylight, while low light shots come out quite usable. You have to take care to hold the phone steady while shooting in low light to avoid blur. Many of the available modes aren’t just gimmicks and are actually quite useful… the HDR and the low light modes, for example. The camera can shoot full HD video in the 3GP format, and captured videos turn out nice too, especially the ones shot in good light. Judging by the results, we’d say that Lenovo has successfully managed to turn the K900’s camera into a selling point.

The K900 runs Android 4.2.1, but as we’ve seen with Lenovo’s smartphones before, its custom skin runs deep into the system and you’ll hardly recognize it as Android. Each and very aspect has been modified and it results into something that can be a tad overwhelming at first, especially if you’re accustomed to stock Android or even one of the other skins such as HTC’s Sense or Samsung’s Touchwiz. The Lotus Widget we saw on the Lenovo Ideaphone S890 isn’t there by default, but can be added if you want. However, the lockscreen on the K900 does have something similar — letting you unlock or access the phone, camera and messaging apps directly by sliding the corresponding petal. 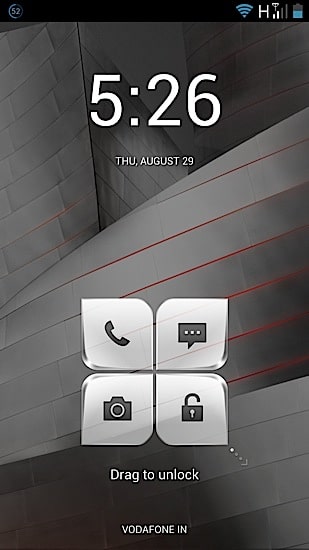 Once you’re on the home screen, you can access the launcher’s settings using the menu button, and customize to your heart’s content. Not only can you apply themes, you can also control the transition effects for the home screen and the app drawer, folder styles, etc. The shortcut icons can also be completely customized, and you can tweak the icon text size, color, background, decoration, icon size, desktop grid size etc. You can even rename the shortcut icons to whatever you want, and we had some fun at Lenovo’s expense by renaming WhatsApp to ‘WhatZapp’, Play Store to ‘Don’t Play’, Gmail to ‘GooMail’, and Foursquare to ‘Fivesquare’. You can also backup your home screen configuration and save it, so that you can revert to it later if you want. HTC’s Sense UI used to have a similar feature in its older avatar, and it can be put to good use by creating different configurations for different scenarios, such as work, home, travel, social, etc. 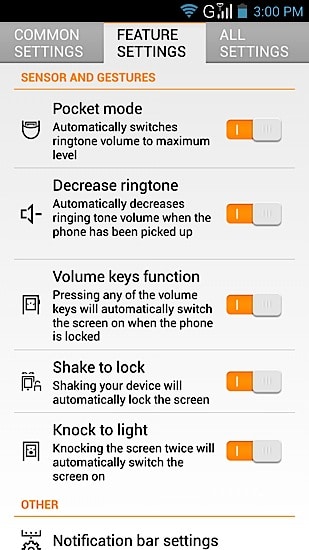 The notification bar displays a set of basic connectivity toggles by default, but if you wish, you can also set it to show a full grid of shortcuts. The order in which they appear can also be changed. The settings menu is divided into three tabs — ‘Common Settings‘, ‘Feature settings‘, and ‘All Settings‘. The ‘Feature Settings’ menu, apart from other tweaks, also gives you the options to enable shake to lock and double-tap to wake capabilities. A handy feature available under ‘Notification bar settings‘ is the ability to disable notifications from specific apps — useful if you find some apps throwing up unwanted ads or notifications. Of course, the same can also be accomplished by going to ‘Apps’ under settings in all Android phones, but the available feature just makes it easier. The settings menu also allows you to customize sound profiles and set scheduled on / off timings.

Pre-installed apps cover the usual Google suite, and other useful stuff such as Evernote, Facebook, Twitter, Skype and Kingsoft Office. Accuweather and UC Browser also come preloaded, along with a backup and restore utility. The ‘Lenovo Power‘ app provides detailed battery info, lets you enable a battery percentage indicator on the notification bar, and lets you choose different power modes. It also features something called ‘Smart Settings‘ that can switch power modes based on whether the screen is locked, according to a specified battery level, and also according to scheduled times in an effort to prolong battery life. You can choose between the Android keyboard and TouchPal for text input. There’s also a built-in task cleaner that kills apps running in the background automatically, and you can specify a whitelist of apps in case you don’t want a specific app to be killed. 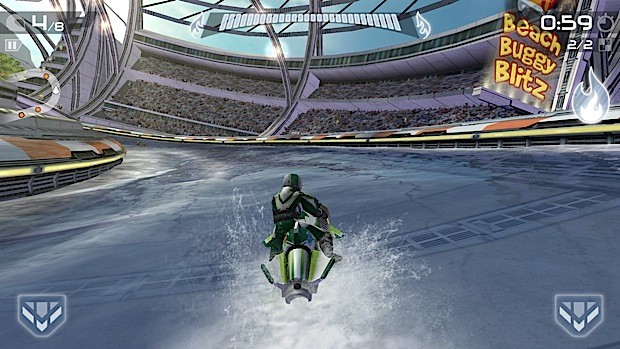 You may have noticed we mentioned the ‘Intel Inside‘ branding earlier, and that’s another highlight of the Lenovo K900. In fact, it rocks the latest Intel CloverTrail SoC with a dual core Atom Z2580 processor with four threads, capable of clocking turbo speeds of 2GHz. There’s 2GB of RAM, while the graphics are handled by a PowerVR SGX 544MP GPU. Internal storage is 16GB, and you can’t add more since there’s no microSD slot available. Thankfully, USB On-the-Go support is available so you can plug in a flash drive using an adapter, though it’s not as convenient as having expandable storage. Other connectivity options include the usual stuff including Wi-Fi, Bluetooth and A-GPS, along with support for Intel WiDi for mirroring the screen wirelessly on a compatible display. 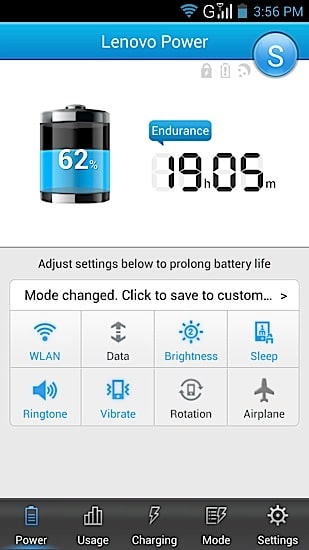 To put it simply, the hardware combination is extremely fast, despite that heavy custom skin bogging it down to a small extent. The animations and routine tasks run very smooth, and there’s hardly any hint of lag. However, when stressed, the phone tends to run hot, and this even happens while using GPS navigation. We tried heavy games such as Riptide GP2 and Dead Trigger to evaluate gaming performance, and we’re glad to report that the handset fared well and delivered smooth gameplay. We didn’t face any issue with call quality either, though we did find the onboard speaker to be a tad tiny for speakerphone usage. The sealed 2,500 mAh battery delivers pretty good battery life as well, and while your mileage could vary depending on usage, should keep you going for a full working day. 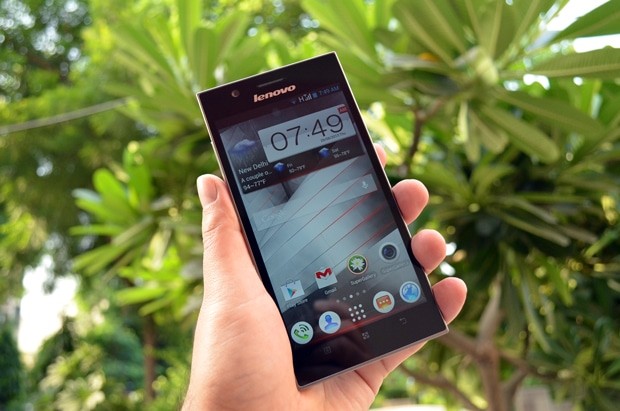 The Lenovo K900 launched at an MRP of Rs 32,999 (~ $490 at current rates), but has since received a price cut and is now priced at Rs 28,999 (~ $430). In fact, some online retailers have it available for as low as ~ Rs 26,000 (~ $385). It has a few niggles, including non-expandable storage, heating issues, software quirks, and a size that could be unwieldy for some. However, there are also quite a few things that work in its favor, including its standout design, great build, a good screen, capable camera, smooth performance and a decent battery life… and these outweigh the minuses to a large extent in our book.

Considering the competition, there’s hardly anything else that comes close to the Lenovo K900 in the same price band, in terms of specs and performance. It’d be safe to say that at the reduced price, the Lenovo K900 is a worthy option to consider if you’re looking for a high-spec, large-screened partner and don’t want to pay through your nose.