Think of a typical day: you wake up, whip out your smartphone, check a few Facebook posts, play 1-2 levels on your favorite mobile game, turn on your laptop, you have a couple hours to spare before you to go to work, so you finish some quests in your MMO game. On your way to work, a great way to pass the time on the bus is to play on your smartphone. In your break, you play a Facebook game, then you go home and play a couple of hours to relax before you go to sleep.

Sounds familiar? Well, as you might know, gaming takes up a fair amount of our time, and everyone is looking for the next best game to spend their time with. The virtual world is growing bigger and bigger, but the problem here is that games cost money, and the more games you play, the more it costs. What if you didn’t have to pay for games? Wouldn’t that be awesome? Well, there’s pirating, but that is illegal, and rather than going to prison, many are looking for ways to legally download games and play for free. 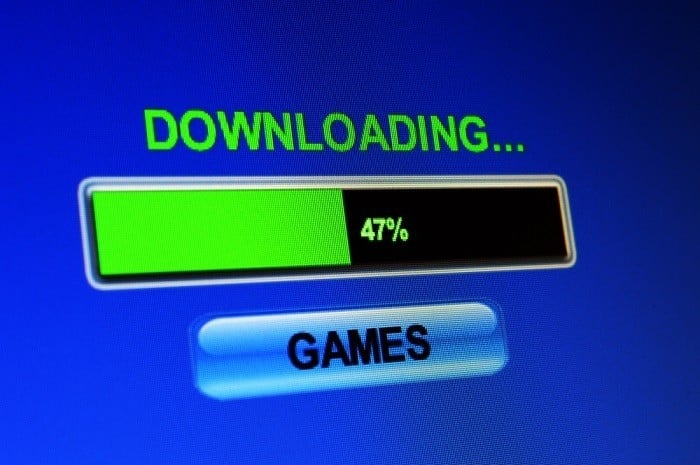 Luckily, there are lots of online resources for gamers that want to have an active virtual life, and at the same time, keep them on the other side of the prison walls. Even if they aren’t as well known as “brandname” games, they are still entertaining and can provide that gaming-fix that gamers crave.

Another thing to mention is that some games often give free trials, so you might want to check them out, even if you can only play a few levels, it’s still better than nothing, right? Freeware games can be downloaded from a number of sources, and today we’ll be taking a look at some of them.

Who hasn’t heard of Softpedia by now? For most, it’s place you go to download WinRAR, but the portal offers tons of freeware software, up to, and including games. Their database has an astonishing number of freeware games, over 47000 to be exact, so you will definitely find some nice games here, although they are small, independently developed games that have been around for some time and have now been replaced by newer titles. Nevertheless, there are some cool games to be found if you have the time to search for them.

The most important thing to remember about the games that are found on Softpedia is that they are both free and legal to download and play, which has got to count for something. After scouting the database, I did manage to find some nice games that have great graphics and decent gameplay. Not bad at all for an overall investment of $0 and 30 minutes.

Similar to Softpedia, Sourceforge has a heap of freely downloadable games that are 100% legal and very neatly sorted out by genre. Those of you who are interested in a particular type of game will find Sourceforge a very “well supplied” portal. One thing I liked about how Sourceforge works is the Advanced Search option that allows users to filter their results via OS, Licence and even Programming Language.

The service has an overall nice UI which makes searching easy, a rating system based on user reviews and they even offer to keep you up to date with the very latest updates for the games you download. Besides games, Sourceforge offers users lots of freeware software that is also free and legal to download.

CNET’s Download portal offers gamers some legal downloads that stand out from the other services out there. The main reason for this is that they offer so-called “brandname” games, such as Need For Speed, Age of Empires and other well known titles. However, these titles aren’t full games, but rather trial versions. Nevertheless, if you want to play something and you don’t want to spend money on a full game, then you could try out some of the games found on Download.

Because they are either freeware or free trials, these games are in fact legal to download. Also, users can find games for different platforms, including mobile games. You can see the type of license each game has in the information tab located on the left of the screen. In the “Price” tab you will see how long the trial is, and in some cases, a link to where you can buy the game.

If you usually buy your games, chances are you are a Steam user. Valve’s Steam gaming platforms offers thousands of games that users can buy and play. But amongst those games are lots of free to play games that you can download. As you might know, all software on Steam is legal, and if you download/buy their products, you will always have them in your Steam Library.

Also, Steam offers some paid games for free from time to time (for a limited period only) and users can try them out for a few days.  Of course, in order to download games from the Steam store, you will have to install the Steam client on your computer (the client is also free).

Apart from the downloading portals listed above, there are LOTS of games that are free to play. Most of them are MMO games (massively multiplayer online), but some single player classic games can also be found on the web. So, if you’re still on the lookout for some free games to play, you should know that there are lots of them out there. Here are just a few examples.

One of the most popular types of games out there at the moment. They have a fast pace, pretty steep learning curve, but once you get the hang of them, they are pretty cool.

Usually you won’t find too many good racing games for free, but if you look hard enough, some titles do exist, and they are tons of fun.

MMORPGs (massively multiplayer online role playing games) are probably the world’s most popular games. Many of them are free to play, and it’s only up to you to find the virtual world that you like the most.

Although not as many as other types of online games, RTS games (real time strategy) are becoming more popular, probably due to the the face that MOBA and RTS games are merging into one big category.

Shooter games have always been very popular, mainly because there’s nothing better than blowing someone’s head off with a shotgun in the thrill ob battle (in a virtual environment of course!).

And there are many more free to play games (F2P) out there, each of them being placed in its own universe. For a full list of free games to download and play legally, check the Wikipedia page where you find a list of free games, or you can even try out free browser games that have the benefit of not downloading anything on your computer. I bet you feel much more relaxed now, that you’ve seen just how many games you can legally download and play for free.

Was this article helpful?
YesNo
Photo Credits: Shutterstock
TechPP is supported by our audience. We may earn affiliate commissions from buying links on this site.
Read Next
10 Hidden Free Games on Google: Solitaire, Tic-Tac-Toe, and More
#free download #free games