It’s been a great 16 years in which we enjoyed the soothing sounds of our favourite tunes, with the help of one of the best known and loved media players of all times: Winamp. Following the announcement from AOL, worldwide users have been searching for a Winamp alternative that will suit their needs. Luckily, there are lots of other media players out there that would be more than happy to pick up where Winamp left off, so let’s take a quick look at some of them.

But before that, we should take a quick trip down memory lane: the first version of Winamp was released on the 21st of April 1997 by Justin Frankel and Dmitry Boldyrev of Nullsoft, which was later taken over by AOL. The player increased in popularity with the following updates, and many third party developers started creating plug-ins and skins to increase the player’s customization features. However, after the release of the next versions, Winamp’s popularity has decreased more and more. Now, it’s time to bid goodbye to our beloved player and look towards the future and towards other media players.

As we’ve mentioned, there are lots of other players out there that offer similar features as Winamp, but at the same time, providing these features for free, as well as consuming much less resources. Also, if you’re not yet prepared to move to another media player, be sure to run over to the Winamp website and grab the final version before the 20th of December. 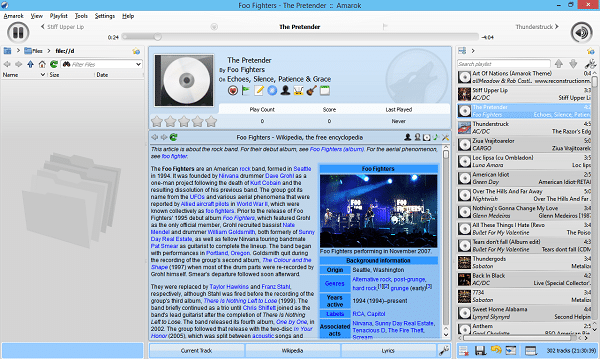 Linux users should be very familiar with this name, as this music player made its début as a Linux only program and it received a very warm welcome from the community. The developers have since created Windows and Mac versions that users can download for free and use as a decent Winamp alternative. Like many other Linux programs, Amarok is rock solid, performing flawlessly, and at the same time, putting no strain on your computer’s resources. The user interface is somewhat cluttered with lots of information such as lyrics or Wikipedia articles, but it is still easy to use. 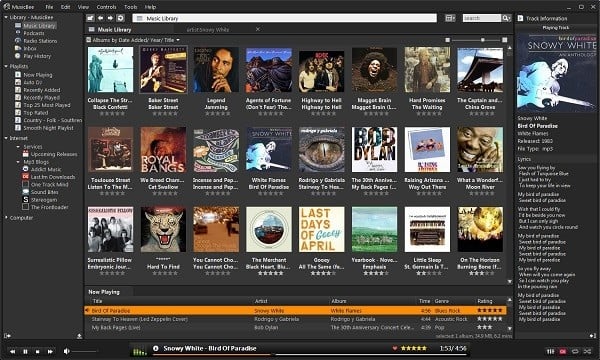 MusicBee has earned its user-base thanks to the cool options it provides. First of all, this Winamp alternative is free to download, and it provides lots of features for organizing your music collection the way you see fit. It allows users to add custom tags or to download information for their music from credible sources, such as Last.fm. Syncing music to mobile devices is also supported, and as a music player, it is very capable, as it is able to read multiple formats. In terms of resource consumption, MusicBee is very friendly with your computer. 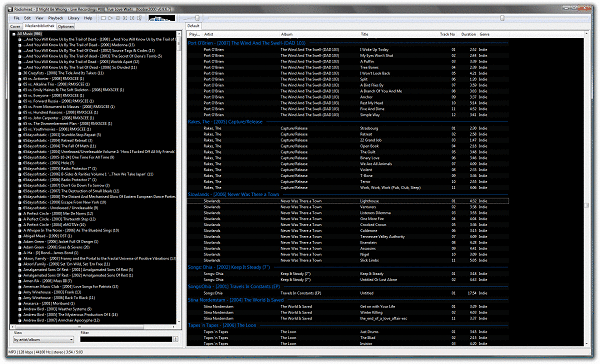 If you’re not big on looks, but more interested in how a program performs, then for your Winamp alternative, you should definitely consider Foobar2000. It has a old-school, minimalistic look, but at the same time, it provides most of the features that you’ll need. Users of Foobar2000 love it because it is lightweight, works great and it doesn’t strain their computers at all. Other features include duplicate finder, playlist organizer and file information. Foobar2000 is also highly customizable, allowing users to install third party plug-ins as they wish. 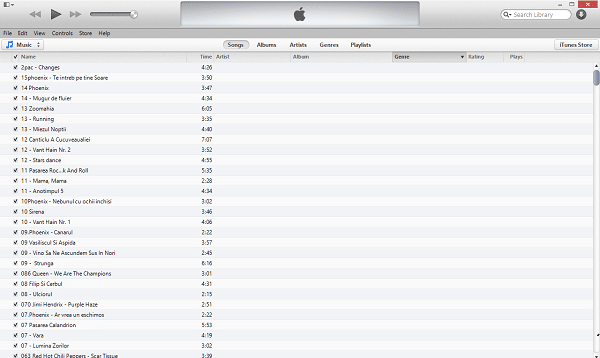 iTunes is one of the best known media players out there, especially with Apple fans. However, it’s not just for the fanboys, as it fares pretty good with music organizing and playing. It allows users to create and manage playlists and play pretty much any song they want. The software is free to download from the Apple website, and like most of Apple’s products and services, it is very easy to use. But be warned, iTunes has become bloated in recent years. 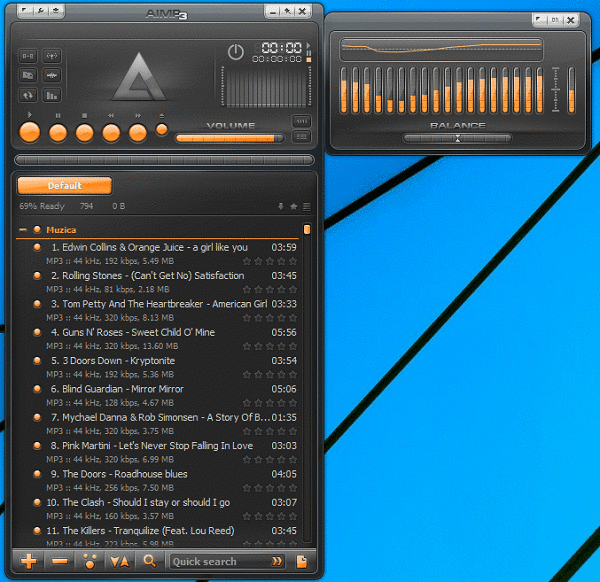 Although this Winamp alternative doesn’t have the most remarkable name, it certainly deserves the attention of the users, as it proves to be a quite capable audio player. The interface is simple enough to be used with no hustle, while strain on your computer is close to none. This lightweight program has provides a much needed service for those who need to replace Winamp, and that is a quality, good looking and flawless working  music player. 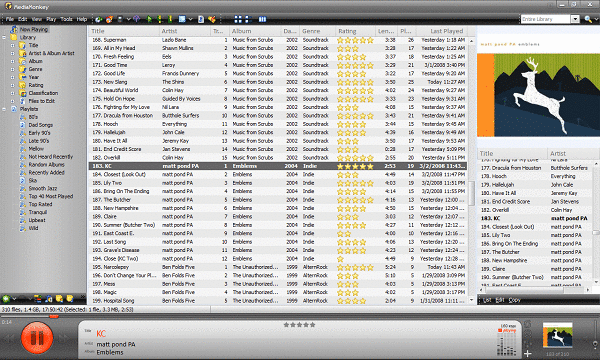 If you’ve used Winamp until now for streaming and organizing your music collection, then migrating to MediaMonkey would be a great choice. Not only does it support streaming to DLNA compatible devices, it offers users the possibility to organize their music very efficiently. MediaMonkey also does for Android (and any other device for that matter) what iTunes does for iPhones, so you can organize all your players, regardless of their manufacturer or OS.

And then there is the good old Windows Media Player. Though it’s less than ordinary as a standalone music player, addition of plugins like DFX can make it usable.

Was this article helpful?
YesNo
TechPP is supported by our audience. We may earn affiliate commissions from buying links on this site.
Read Next
How to Set Music Visualization on the Glyph UI on Nothing Phone (1)
#free software #itunes #Music #Winamp