On paper, there is not much you can fault in the Lumia 520.The first “really” affordable Windows Phone 8 device, it has comfortably outsold the likes of the Lumia 1520, the Lumia 1020 and the Lumia 920. In fact, it accounted for almost a third of all of Windows Phone devices till February 2014, as per data from AdDuplex. In simple words, this thing is a Windows Phone hero. 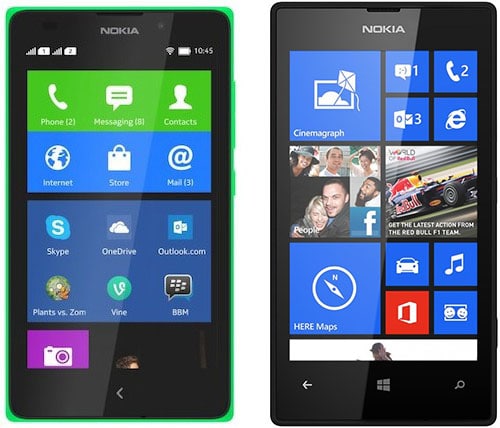 So it is utterly ironical that the Lumia 520’s name is being invoked as an alternative to Nokia’s latest effort to grab the lower-end smartphone market – the just-released Nokia X, the company’s first Android device. In the Indian market, the Nokia X has just been released for a price of about USD 140. The venerable Lumia 520 is meanwhile selling at around USD 120.

Of course, this was not always the case. The Lumia 520 was announced at a higher initially – around USD 170 – which placed it squarely in the ring with affordable Androids. A Qualcomm dual core processor, backed up by a 4.0-inch display, expandable memory, decent camera, funky design, and most important of all,the traditional Nokia solid performance in departments like calls and battery – areas which were Achilles Heels for the low-end Android crowd. Not surprisingly, the Lumia 520 did exceedingly well, as I pointed out earlier.

Now, if it had retained its earlier price tag, it would have posed no threat whatsoever to its Asha and Android brethren. The problem, ironically, is that the Lumia 520 has got more affordable with the passage of time, and today retails at a healthy 25 per cent lesser than what it started out with. In fact, Nokia has even announced an upgrade of the 520 – the Lumia 525, which comes with more RAM and now occupies its earlier price slot. One had assumed that the 520 would be allowed to ride into the cellular sunset once the 525 was announced. That did not happen – both phones are in the market right now, but instead of competing with its successor, the 520 seems actually to be waging war with the Nokia X.

And that is because it actually remains a very sturdy performer. It has a display that is as big as the X (4.0-inches with 800 x 480 resolution), has a better camera (5.0-megapixels with autofocus as against the 3.0-megapixel fixed focus one on the X), and while a lot is being made of the X being able to run Android apps, that worthy’s 512 MB RAM is likely to hold it back from giving a very good performance with all apps, a limitation that the Lumia 520 shares (hence the RAM bump-up for the 525). That said, Windows Phone devices have traditionally run better on that amount of RAM as compared to Android, and the app gap between the two is closing on the lower end. In fact, the drop in the price of the Lumia 520 has even resulted in my getting a number of queries about whether the device would make more sense than investing in the Asha 502. Yes, the Asha 502 remains a much more affordable proposition at around USD 90, but its lower resolution display, fixed focus camera, and of course, the attraction of having a “real” smartphone makes many people wonder if spending an extra USD 30 on a significantly better device would not be a better idea. 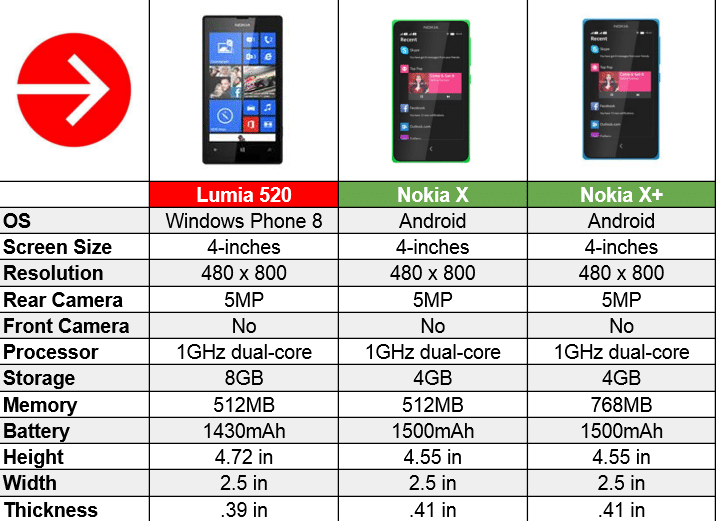 All of which has resulted in the Lumia 520 suddenly morphing from a Windows Phone superstar to an Android (and to an extent Asha) villain. Ironically, it is still doing what it was designed to – wage war against the lower end Androids. Only now one of those is a Nokia. The solution would seem simple enough – pull the Lumia 520 out of the market, but one wonders if it is already too late. After all, devices that have been withdrawn tend to lurk at sundry retailers for a good four to six weeks even after being officially withdrawn (you can still buy a Nexus 4 in India, for God’s sake). And that period could be an uncomfortably long one for the new X series.

The Lumia 520 has had its chance at playing hero. Unless handled carefully, it could well be the villain of Nokia’s Android piece!

Android Mirroring/Casting: How to Connect Android to TV
Android 12 Beta: Everything Coming to the Latest Android…
7 Best Android Icon Packs to Customize Your Android…
Stat Stories: Nokia Rules in Android Updates
What is RCS and How can it change messaging on Android?
Best EPUB Readers for Android and iOS