The Spice Android One Dream UNO comes with a 4.5-inches FWVGA (854 x 480 Pixels) IPS LCD display, and is powered by 1.3 GHz Quad Core Processor from Mediatek along with Mali-400 MP GPU and 1GB of RAM. The phone supports dual SIM (GSM+GSM) and will run on the latest Android 4.4.4 KitKat. There’s a 5MP camera on the rear along with LED flash which supports Full HD 1080p video recording and also a 2MP front facing camera. To peer all these, Spice has provided a 1700mAh Li-Polymer battery. 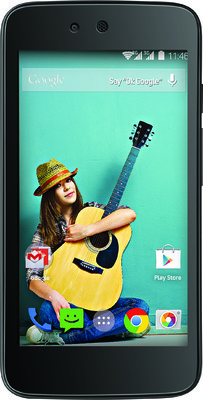 Personally, th pricing seems to be on a higher side. Google promised quality hardware with fast updates for less than $100. At Rs.6999, the price is around $115 and also the hardware looks close to Motorola Moto E and inferior to Xiaomi’s Redmi 1S which has set a standard for budget Android smartphones.

Update: Google will be providing 35GB of free Google Drive storage with all Android One smartphones including the Spice Android One Dream UNO Mi-498.

Update 2: The Flipkart listing has been promptly removed, but we did get the screenshot on time. Didn’t we?

TechPP is supported by our audience. We may earn affiliate commissions from buying links on this site.
Read Next
Guess who’s back? The Xiaomi Mi A3!
#Android One #Spice