Asus has done reasonably well with the new ZenFone series in India and elsewhere. In addition to pricing the phones competitively, Asus has managed to stuff in decent hardware with superior performance. More importantly, the company has struck gold with its new ZenUI which sits on top of Android. It’s been a while since we started using the ZenFone 5 (our review here), and the company has been squashing bugs and providing frequent updates. One important feature which is an important part of both the hardware and software experience on ZenFone series is the PixelMaster Camera. 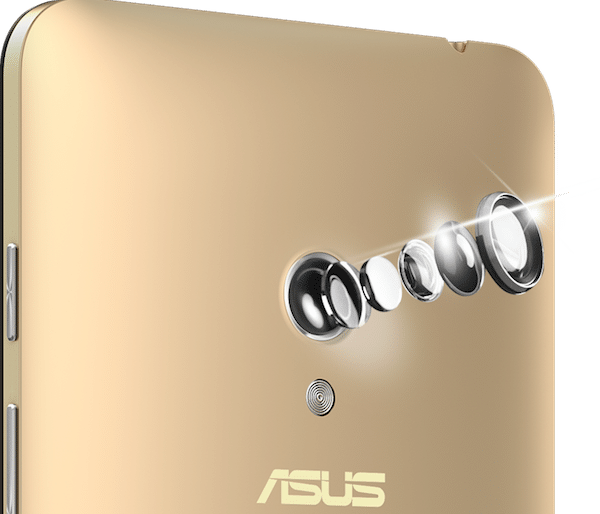 Jargons aside, PixelMaster camera on the ZenFone series is a combination of software, hardware and optical design aimed to deliver superior image quality. Smartphones in lower to mid-range segment have mostly come with cameras with some compromise or the other. With PixelMaster, Asus is trying to change the game, by providing quality smartphone camera at an affordable price. But do they actually succeed? We find out.

The PixelMaster camera is part of all the three ZenFones – the ZenFone 4, 5 and 6. For this test, we used the ZenFone 5, which comes with an 8-MegaPixel AF camera with LED flash and F2.0 Aperture lens, and also a 2-MegaPixel front facing camera with F2.4 Aperture. For a phone costing less than Rs.10,000 (~$165), that’s a par camera spec sheet. This is why Asus is trying to differentiate the ZenFone 5 from other similarly specced and priced smartphones with the PixelMaster technology.

Let’s take a look at ZenFone 5 camera in detail. We shall start with the easiest of scenarios – daylight with the default ‘auto’ mode in action. Note: Click on each image to get the full sized version. 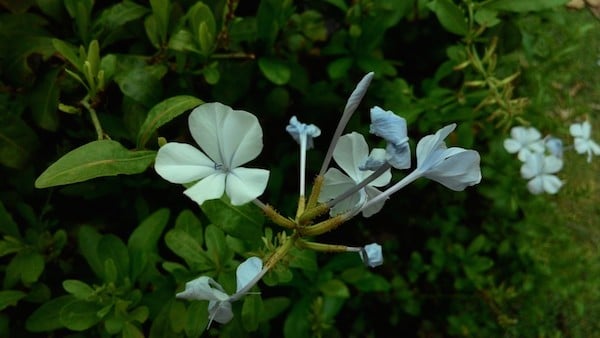 Unsurprisingly, the image has come out sharp and clear. The color reproduction on the flower and leaves are excellent with great details all around. That’s pretty much what one would expect from a smartphone camera. Let’s move to a slightly tougher scenario.

Next up, is an image taken indoors taken during the day. This is a traditional folk art from India, called ‘Rangoli’. As you can see, the PixelMaster camera breaks no sweat in capturing the colors accurately. Interestingly, being a cloudy day, the flash was fired and ISO was (automatically) set to 1110. Flash hasn’t spoiled the color accuracy. 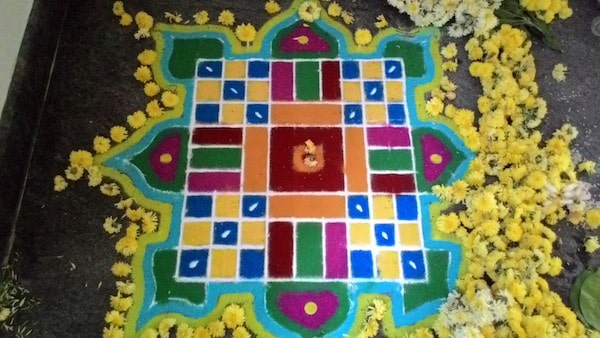 Moving on to a really challenging scenario, where most smartphone cameras fail – low light or badly lit conditions.

This picture was taken just after sunset with a single street light beaming down from the top. The auto mode suggested me to use the Night mode instead, and hence flash was fired. The camera starts to lose the details with noise creeping in, which is quite expected. But the thing is it’s considerably lower than most other mid-range smartphone cameras. 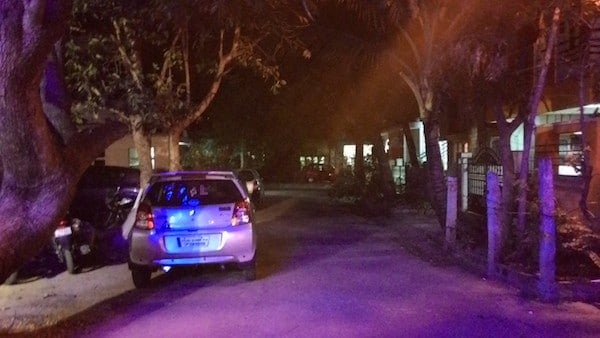 The PixelMaster also comes with a ‘Low Light’ mode with an owl icon, which basically enhances the brightness of the picture by letting more light pass through the sensor and increasing the exposure time. Below is an example image shot in ‘low light’ mode, which keeps the Flash OFF. As you can see, the image is considerably brighter, but then with some noise as well. On the smartphone screen, this looks great, but personally, I’d prefer the night mode, specially since the Flash on ZenFone 5 is not at all harsh as flash on most other smartphones. 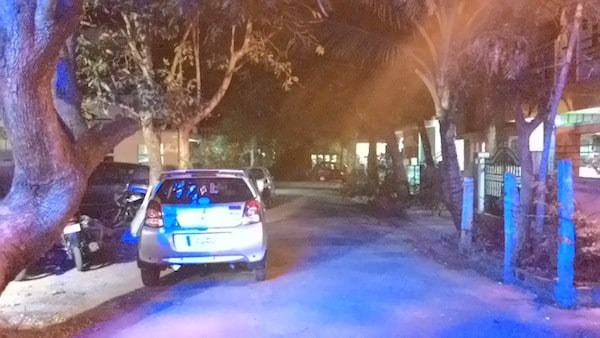 The real prowess of PixelMaster camera comes to the fore when you are required to click images in dead darkness. I can’t particularly think of bumping across scenarios like this frequently, but whenever you do, the PixelMaster promises to come to your rescue. 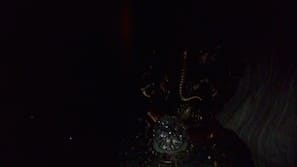 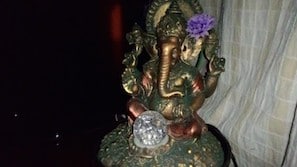 The image on the left is without PixelMaster technology, while the one on the right is shot with PixelMaster. At ISO 1600, PixelMaster does exceedingly well to capture the idol in complete darkness.

Below is another example where the subject is in complete darkness. The picture on the left is shot in Night Mode, while the picture on the right is shot in Low Light Mode. Again, it must be noted that the flash was fired for the first one, while it wasn’t fired for the second. That makes the shot extremely commendable. So for me, the Low Light mode should be used when it’s almost pitch dark, while night mode produces better results in other bad-lit situations. 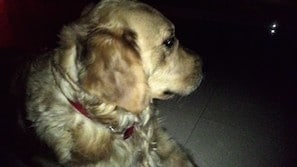 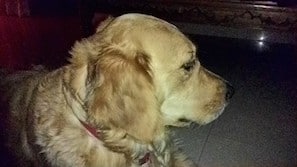 What about the HDR mode? Below, the image on the left is taken in auto mode, while the right one is taken with HDR. Although the camera does great to brighten up the darker areas, I’d have loved to see it capture the setting sun in the background. I might be nitpicking here, still the HDR image comes out pretty well on the ZenFone 5. 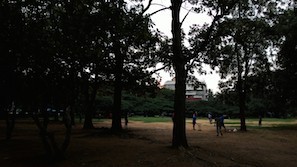 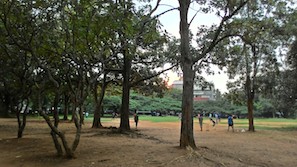 Like other smartphone cameras, PixelMaster requires you to hold the phone steady while shooting in this mode and takes a couple of pictures to provide the background blur. It works well in most scenarios. Below is one such example. On the left, you see the image shot in auto mode, and on the left is the one shot in ‘Depth of Field’ mode. The subject is more prominent in the latter, and to be fair, the camera does rather well to introduce bokeh in the auto mode as well. 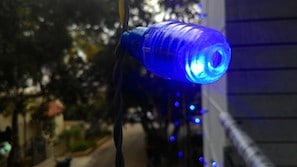 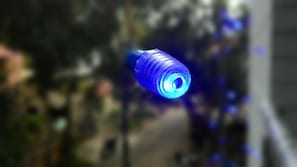 Next up, we have the GIF mode, which is simple to use and works great. You can click here to check a GIF image we shot with the ZenFone 5 (the image is too big to embed here). Another cool feature is “Time Rewind“, which basically starts recording images two seconds before and one second after pressing the shutter button. The best option for those who’s always paranoid about missing that perfect moment. Below is an example shot taken with Time Rewind, where I could capture the exact moment of the ball hitting the bat. 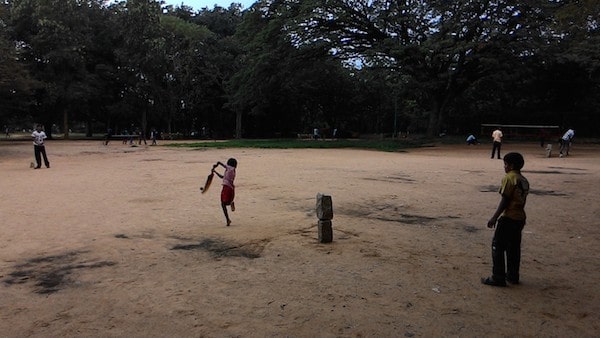 All in all, the PixelMaster camera is a very capable and noteworthy addition to the Asus ZenFone series of smartphones. The good part is that Asus is constantly updating the UI and built-in apps, and trying to enhance the features. Here’s a nice infographic explaining various aspects of ZenFone series in a fun way. Click on the image below to read the full infographic.

Was this article helpful?
YesNo
TechPP is supported by our audience. We may earn affiliate commissions from buying links on this site.
Read Next
Asus ROG Flow X13 Review: Power-Packed Convenience
#Asus #Photography #PixelMaster #Zenfone 5