It seems that WhatsApp doesn’t like the idea of its users relying on third-party services such as WhatsApp Plus. Many WhatsApp Plus users have reported recently that they accounts have been banned, and all of this happened without any warnings whatsoever. 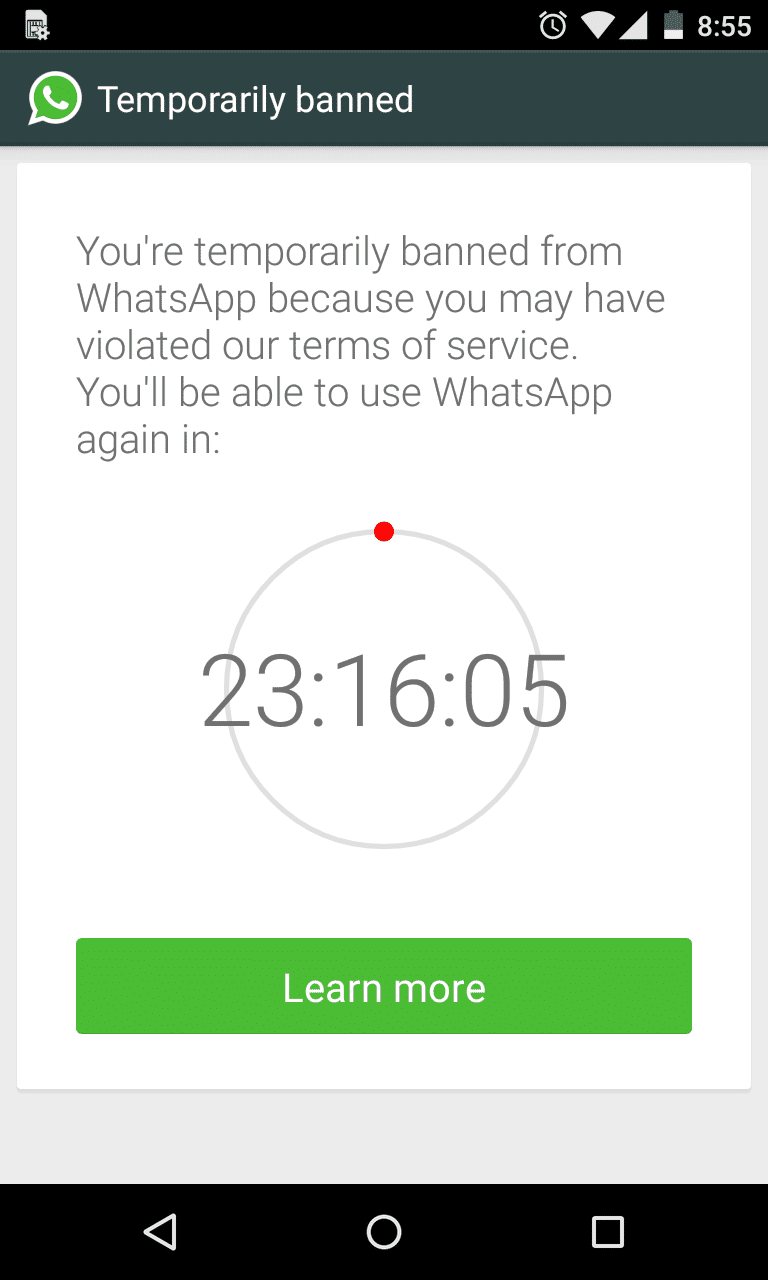 For those of you who are not aware, WhatsApp Plus is a third party app that has all the same features as WhatsApp, but features a more minimalist design, different themes, along with other customization options. However, it still relies on WhatsApp’s servers, which apparently is against WhatsApp ToS. As a matter of fact, WhatsApp has published an official explanation on its website:

WhatsApp Plus is an application that was not developed by WhatsApp, nor is it authorized by WhatsApp. The developers of WhatsApp Plus have no relationship to WhatsApp, and we do not support WhatsApp Plus. Please be aware that WhatsApp Plus contains source code which WhatsApp cannot guarantee as safe and that your private information is potentially being passed to 3rd parties without your knowledge or authorization.

WhatsApp invites current users of the WhatsApp Plus app to uninstall it and install an authorized version of WhatsApp. It seems that the ban lasts for 24 hours, after which the users can use WhatsApp again. What is upsetting the vast majority of users is the fact that they haven’t received any warnings prior to the banning.

WhatsApp has recently partnered with Open Whisper Systems in order to enable end-to-end encryption for its Android client. But third-party apps like WhatsApp Plus don’t benefit from WhatsApp’s security measures, so in case an accounts gets compromised, it would be WhatsApp’s name that will have to suffer.

While it’s alright for WhatsApp to protect its brand and users, we’re wondering whether it will start banning other third-party clients and won’t limit itself just to WhatsApp Plus.