After Satya Nadella has been appointed as Microsoft’s CEO, we’ve seen the company take a totally different approach, especially towards its cross-platform users. Perhaps two of the most ‘shocking’ announcement from them was making Microsoft Office free for devices less than 10-inches and also making Windows 10 free even for those with pirated versions.

So, it’s no surprise that Microsoft has just announced that it’s going to bring Cortana to iOS and Android users, just as it was expected. This news follows yesterday’s report which was suggesting that the company is also working on Office Now, a work-assistant app that would also be available on all major platforms. There’s a lot of work being done at Microsoft, and it’s great to see that most of these new features, services and products put the consumer in the first place. 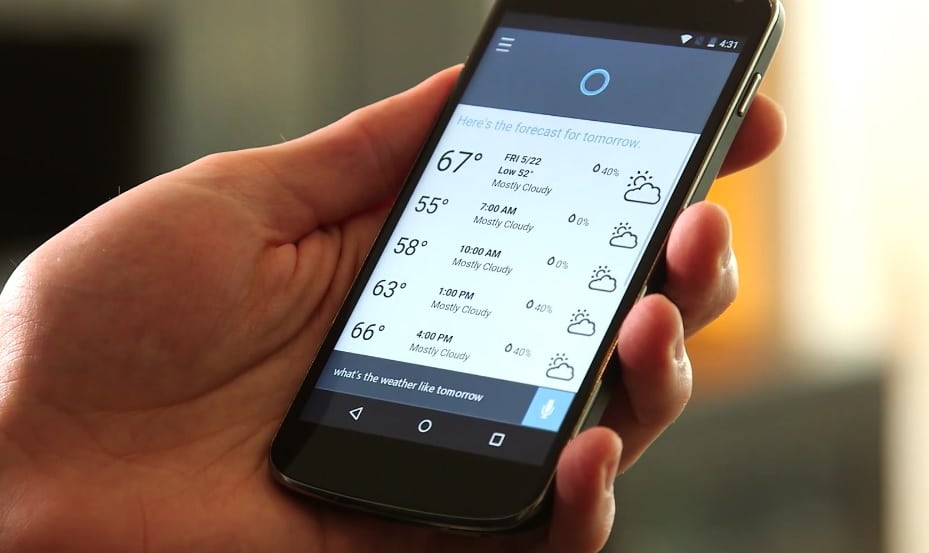 As it was pretty much expected, Microsoft is bringing Cortana to Android phones and iPhones, iPad in the form of an app. iOS and Android users will be able to install Cortana from the Google Play or Apple App Stores by using a new Phone Companion app on their Windows 10 PCs. The Cortana app for iPhones and Android phones will allow users to perform such as actions as setting reminders, tracking flights, getting weather information and more.

This is a risky move, but it seems that Microsoft feels Cortana’s database is rich enough to directly compete against Siri and Google Now. iOS and Android users will now be able to compare the accuracy of all three personal assistant, and that’s going to be the ultimate test for all three companies. Microsoft could either win or lose, because I don’t think an iPad user will stop using Cortana if it will prove to be more accurate than Siri. But we’ll have to wait and see what is going to be the reaction of the market. Microsoft will most likely release Cortana when it will be ready to offer the final version of Windows 10, as well.

Cortana comes with the Notebook feature where she ‘keeps track of what you like and what you’d like done‘, and everything that users will enable to show up there will by synced across all its Windows, Android and iOS devices. However, Cortana won’t be able to do several things on iPhones and Android devices, such as toggling settings, opening apps; and responding hands-free. And it could be like that, at least in iOS’ case, since Microsoft doesn’t have the required deep-level OS access for such integration.

By using the new Phone Companion app, both Android and iOS devices will be getting access to content from their Windows 10 PC. This is a very smart way to convince users from other platforms to look towards Windows 10 as the OS to get. OneDrive seems to be essential in this equation, as it will allow both iOS and Android users to get access to pictures, video, music and whatever they store but they will also get automatic backup.

TechPP is supported by our audience. We may earn affiliate commissions from buying links on this site.
Read Next
All the Ways to Convert Images on iPhone and iPad
#ipad #iphone #microsoft