As you may have already heard, Windows 10 is due to launch pretty soon. In order to celebrate this long-awaited event, Microsoft has decided to create a bit of expectation, by offering Windows 7 and Windows 8 users a pre-reservation chance. Basically, everyone running one of the two Windows versions should have noticed a small, Windows-like icon, in the right-hand corner of the screen, gently notifying customers that they can book an early spot in the upcoming madness . This symbol should have been spotted for either genuine or pirated platforms but as we’ve always thought, there is a catch. 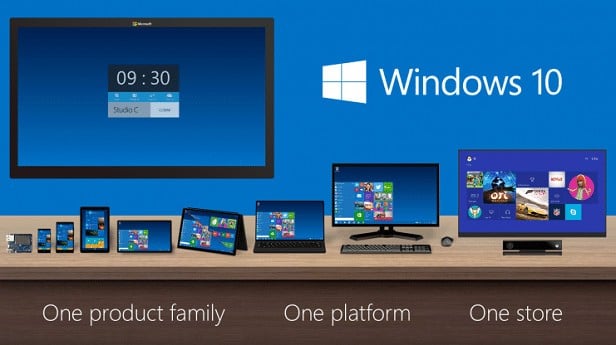 Now, this icon itself actually represents the Windows 10 Update App, which is only available to users that have turned on the automated update process, as Microsoft itself advises. More specifically, Microsoft requires two basic optional updates to be installed on the system, for both Windows 7 SP1 and Windows 8.1 platforms. Getting these two on board is not a hustle, but even them some readers have reported that the icon is still missing. Without further ado, today we’ll talk about everything necessary to actually get the darn thing working on every desktop computer out there.

First things first, let’s check that you have the right updates installed. In order to do so, find your way to Control Panel, and in the little search box located in the upper-right corner, type Update. The next obvious step would be to click on the main menu header, an option which should take you to Control Panel\System and Security\Windows Update.

Now, in the bottom right corner of the screen, click on the Installed Updates option, to see what’s actually installed on the platform. A big list should appear, containing various items, in which our search begins. The packages listed below should be found as installed, simply by typing the name of the update in the upper-right search box.

Now, if you have the items listed above already, you can proceed to the step below. If not, simply find your way to the previous updates menu, and click on Search for Updates. This will force Windows to seek every update available, which should include our two as well. Please remember to also check for Optional Updates, as the ones marked as Important are not sufficient.

At this stag, most people should already spot the crafty icon in the Notifications Area. While for some the app is simply hidden and a simple click on the up arrow would reveal it, for some it actually refuses to appear. In that case, the following steps would force the platform to request the update from Microsoft’s servers.

Those who are a bit reserved of actually running the following commands, in the fear that something dodgy would be hidden inside, I confess that I’ve actually run the package myself and there are no risks behind.

Open a simple Notepad window and copy the text below, as it is.

And now, simply book your spot into the final…

Was this article helpful?
YesNo
Source: Keen and Graev

TechPP is supported by our audience. We may earn affiliate commissions from buying links on this site.
Read Next
How to Install and Use Intel Unison App on Windows, Android and iOS
#Windows 10